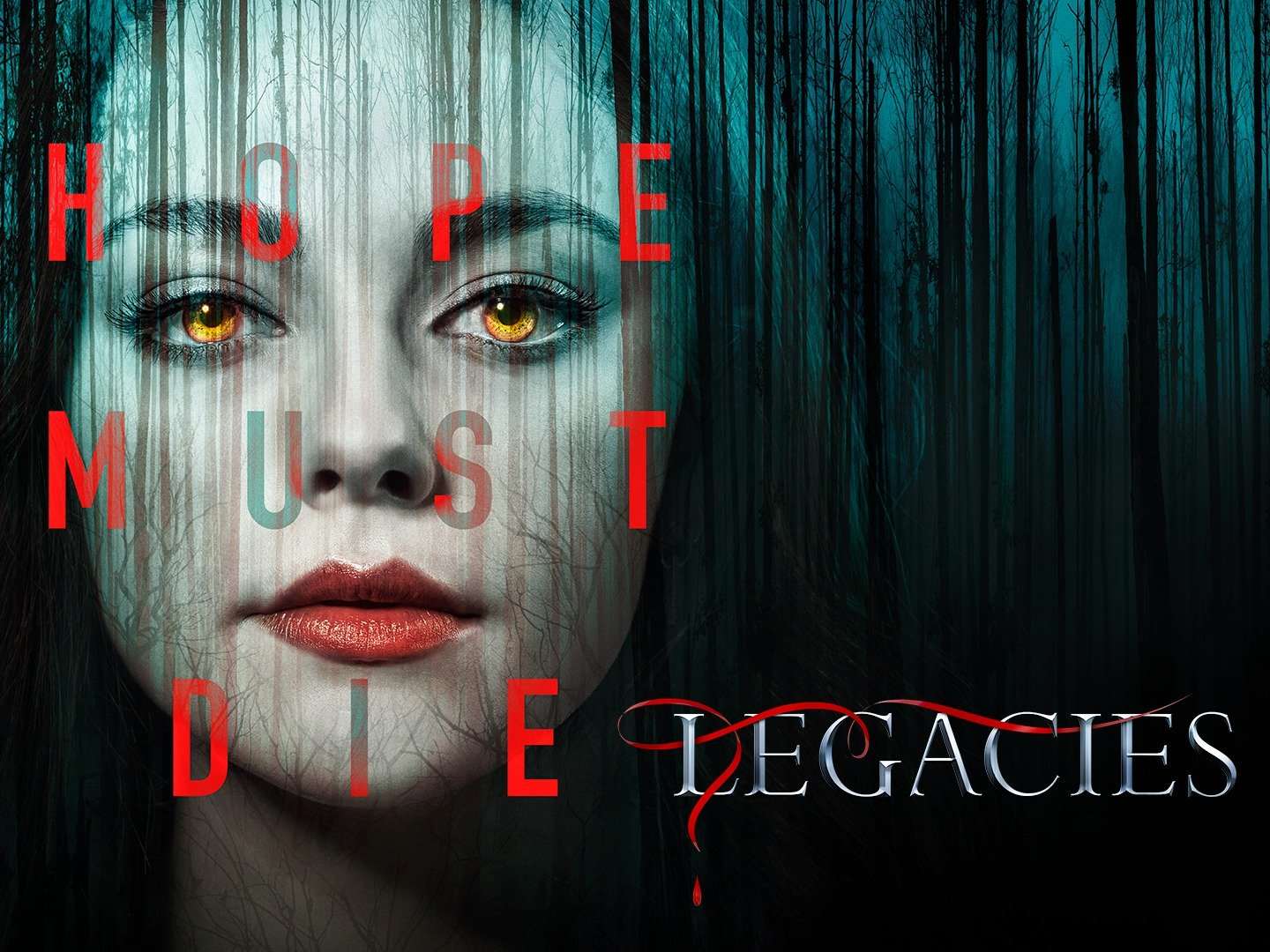 The Poster Of Legacies

The Vampire Diaries and The Originals both are very famous shows watched worldwide. Legacies is another similar show winning the hearts of many of us. It continues the storyline of The Originals giving it a wonderful shape. This show is running for years and now it’s the turn of Legacies Season 4 to amaze us with its episodes. It simply means that Legacies Season 4 is streaming currently.

Many people still don’t know where can they watch this amazing series. All these supernatural or vampire series have a separate fanbase for their shows and movies. People love to watch these kinds of unique and imaginable stuff. Do you want to know more about this series?

Your mind might be full of questions…What is this series all about? When did Legacies Season 4 premiere? Who are the cast and crew members of the show? What is the basic storyline of the series? Where and how can you watch the stunning episodes of this series? This blog covers the answers to all your questions along with all the other important details that you need to know about Legacies Season 4.

Where To Watch Legacies Season 4?

The 4th season of Legacies started on 14th October 2021 and is going to air till 16th June 2022. You can watch the episodes as soon as they release from anywhere in the world. The 17th episode of the Legacies Season 4 titled Into The Woods aired on 5th May 2022 and the next episode with the name By The End Of This, You’ll Know Who You Were Meant To Be will air on 2nd June 2022.

You can watch the series online via The CW website or you can watch it from any OTT streaming platform offering The CW Channel in the USA. In Canada, Showcase will stream the episodes of Legacies Season 4. For Australians, Legacies will be aired on the Fox8 Channel. You can watch it via a Foxtel Now Subscription or on Binge which also provides a 14-days free trial. Although, showrunners have not planned any platform for the UK people yet. 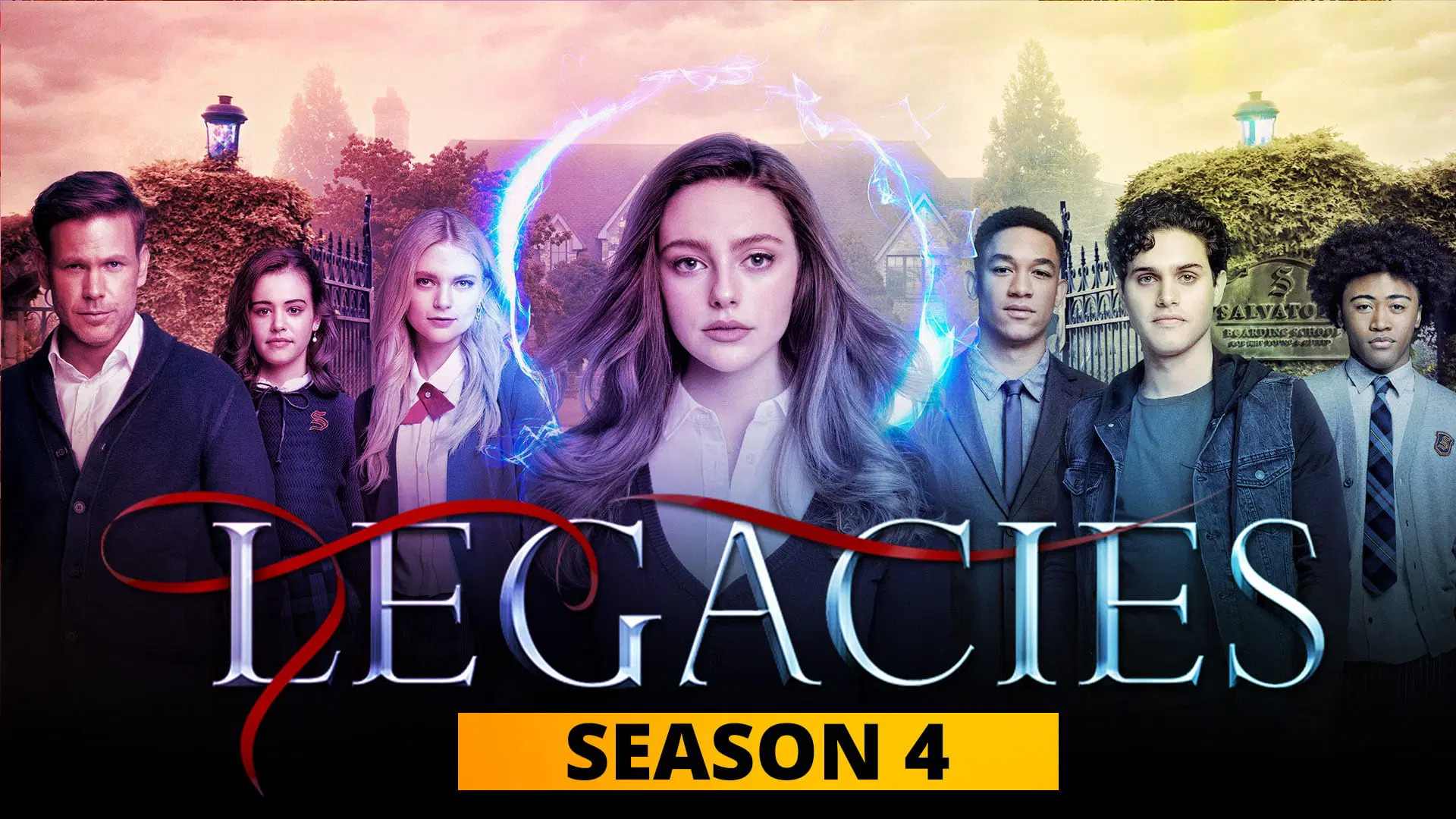 Where can you watch Legacies Season 4?

More about the TV Series Legacies

Legacies is an American Supernatural Fantasy Horror Adventure Drama television series. This show is a spin-off of The Originals and has characters from The Vampire Diaries as well. This series has a total of 4 seasons with 65 episodes yet, of which Legacies Season 4 is currently streaming. It premiered on 25th October 2018 and the third season ran till 24th June 2021. My So-Called Company, Alloy Entertainment, CBS Television Studios, and Warner Bros. television. It has a rating of 7.3 out of 10 as per the IMDb.

The Storyline of the show

The supernatural series, Legacies, continues the storyline started in The Vampire Diaries and The Originals. It basically revolves around the same type of tradition. It mainly follows Hope Mikaelson. Hope is the daughter of Klaus Mikaelson and Hayley Marshall. She is descended from the very powerful and superordinary vampire, werewolf, and witch bloodlines. 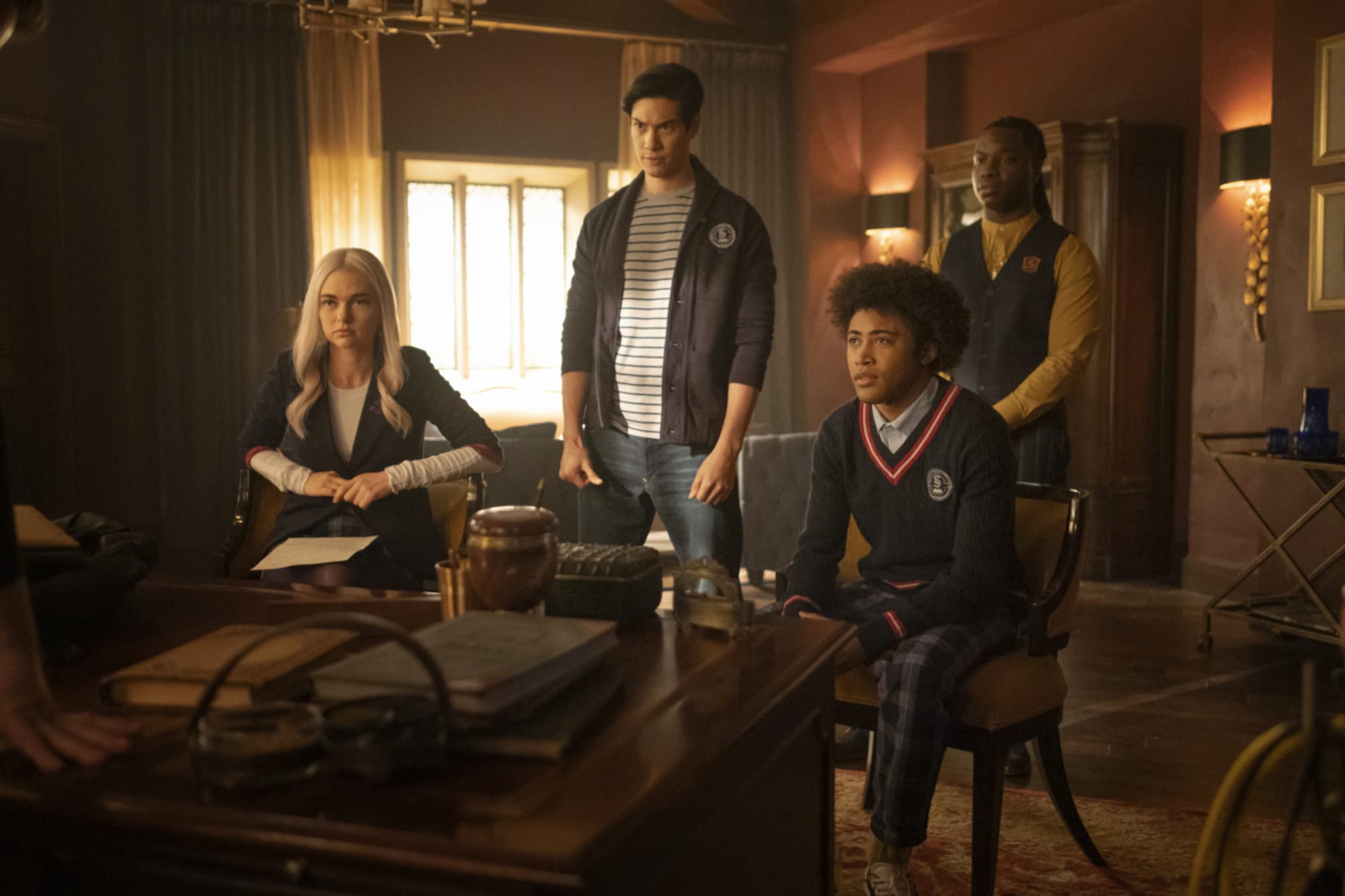 A scene from Legacies Season 4

Hope who is 17-year-old now attends the Salvatore School for the Young and Gifted. This school is mainly for supernatural beings and teaches them how to control their impulses as well as abilities. The show also features some other adults like Lizzie Saltzman and Josie Saltzman. This plot shows them to grow up in the best possible way in spite of their worst impulses.