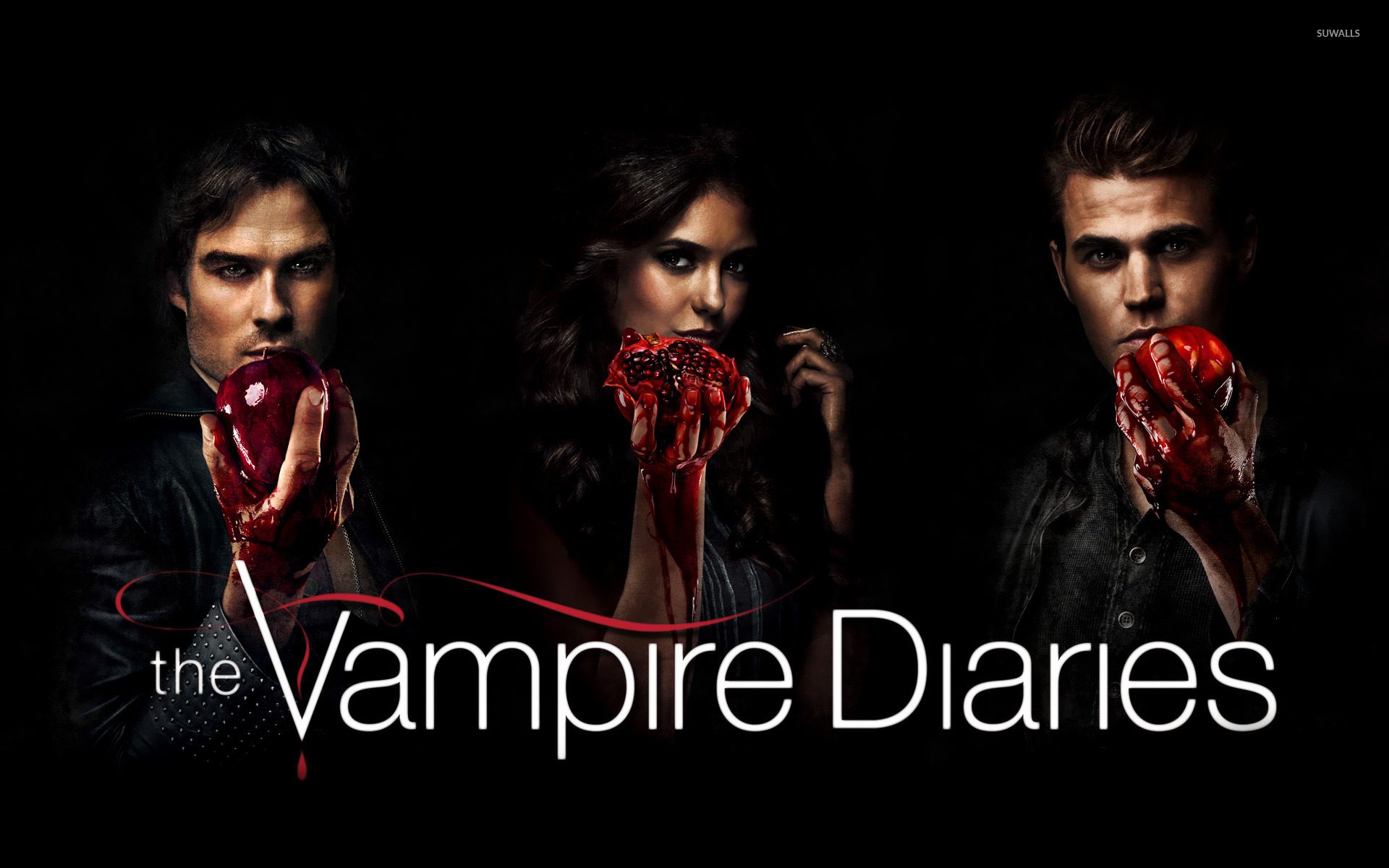 The Vampire Diaries is a craze amongst teenage fans. The Vampire Dairies Filming Locations is something that you will find interesting. The series was actually released in 2009, but the buzz that’s now created is thanks to the OTT platforms. It’s a huge series with 7 seasons and more than 20 episodes in each one. It takes you into a whole other world and that’s what makes it appealing.

The show has some iconic hang-out spots like the mystic falls or the Salvatore house. And most of the filming of The Vampire Dairies took place in real locations. So, fans can actually visit it. Covington city in Georgia is where the major filming of the show occurred.

Apart from having beautiful locations and sets, Vampire Dairies is known for its story. Fans love Elena, Damon, Stefan, and Caroline and are super invested in their lives. This show is one of the top teenage dramas right now and is always trending on Netflix. If you have not watched the show, it’s about a simple girl Elena. But her life turns upside-down with the entry of two Vampire brothers – Stefan and Demon.

Vampire Diaries has plenty of recurring locations like the mystic falls or the Salvatore house. Did you know all of them are real locations? Fans even love to go and explore these places often and offer its tour to other fans. The filming locations of The Vampire Diaries are in Covington, Georgia. And became a flocking tourist spot ever since the show’s success. 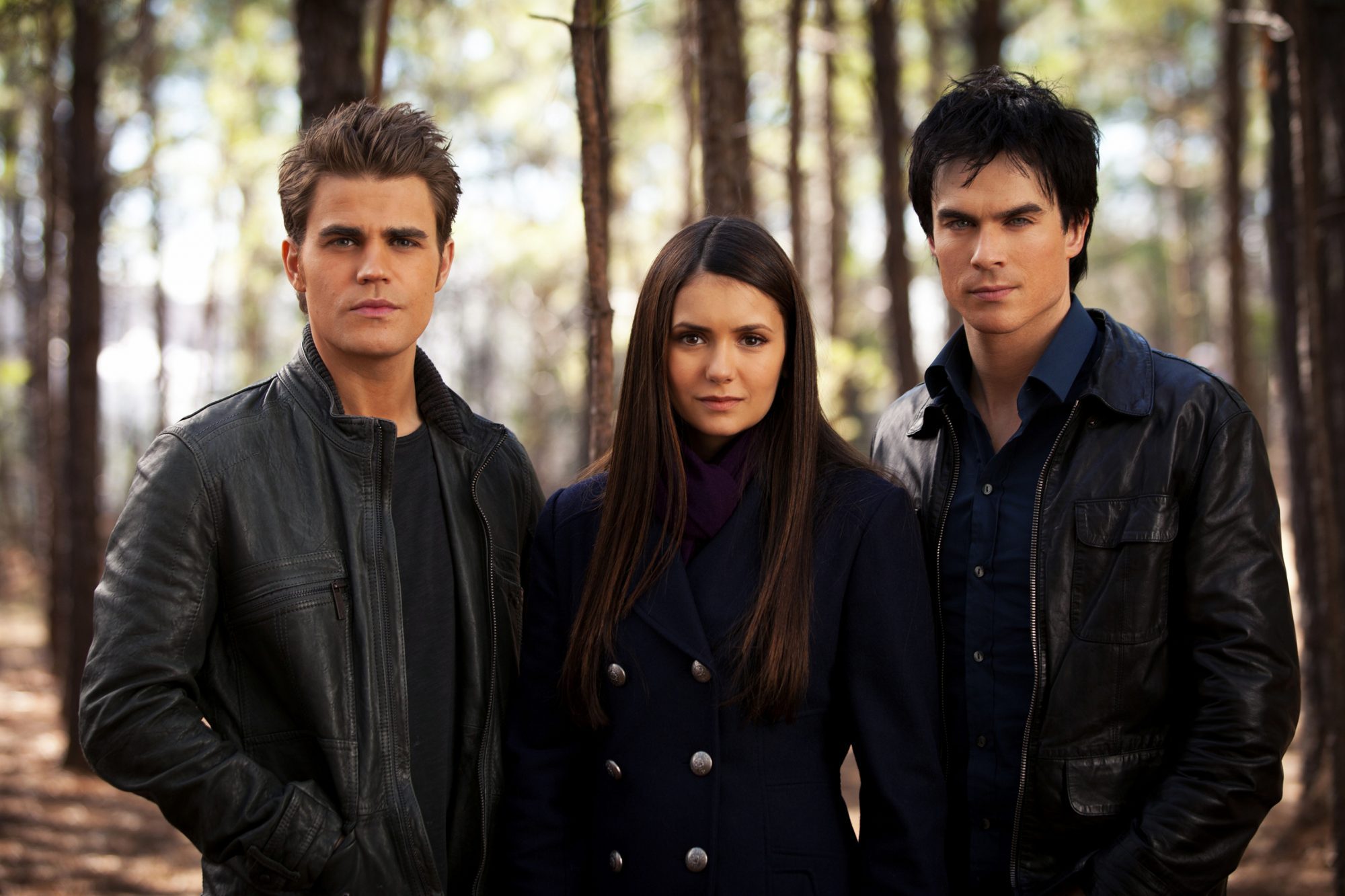 More than 140 films are shot in this city including “In the heat of the Night”. As well as many series like “The Duke of Hazards” and “Sweet Mongolia” amongst others. And of course, most famously “The Vampire Diaries.” Now, let’s look at some of the show’s iconic locations and where its filmed

Whether it’s fights or get-togethers, Mystic Grills was the go-to spot. Klaus’s iconic entry and Damon and Elena destroying Mystic Grills to kill ‘the travelers’ are some of the memorable scenes. 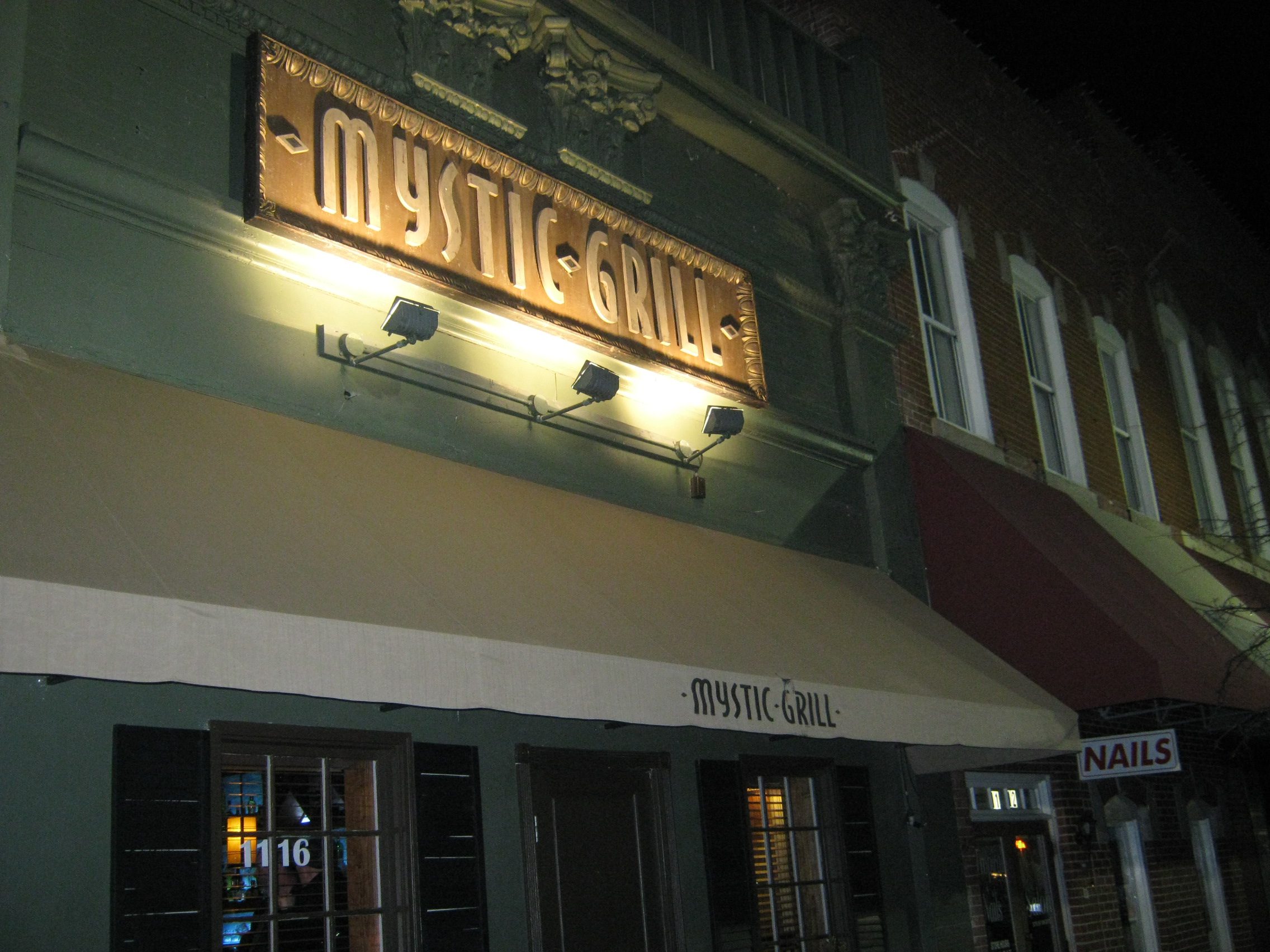 Mystic Grills: A real restaurant in Covington, inspired by The Vampire Diaries

Mystic Grills is a real restaurant that you can visit at 116 Clark Street, Covington Georgia. The real scenes are not shot in the hotel, although the resemblance is uncanny. This restaurant replicates Mystic Grills from the show and fans love to go visit.

Remember Miss Mystic Falls and the Ballroom scene? It all happens at the Lockwood Mansion. The beautiful location brings a vintage feel to the show. It’s the humble abode of the werewolf Tylor Lockwood and the Lockwood family. 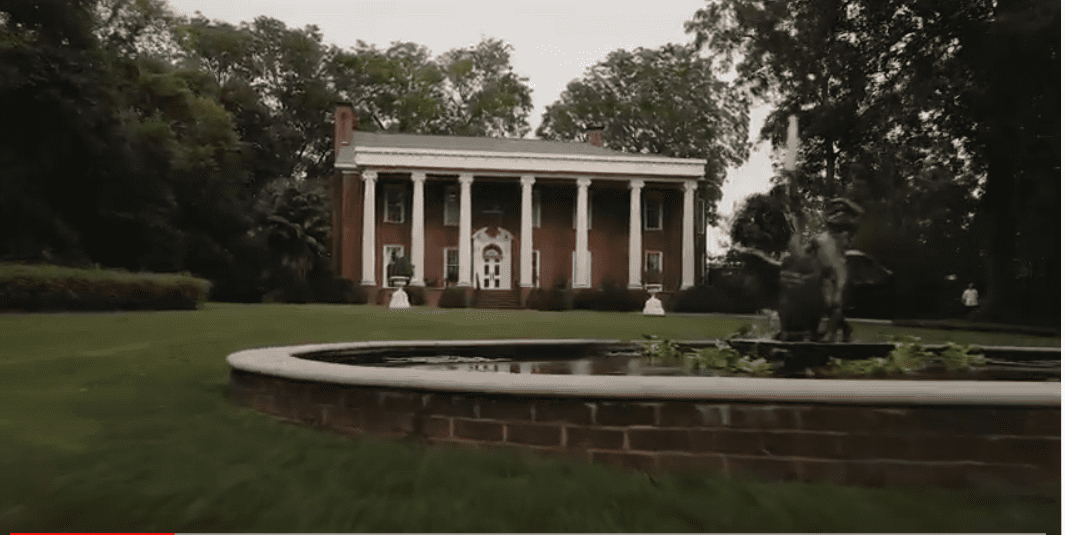 The Lockwood Mansion from Vampire Diaries in real life

The Lockwood Mansion is another place that fans love to visit. Also located in Covington Georgia at 2129 East Street. If you happen to visit Covington, this surreal mansion is a place must visit.

Aren’t you going to invite me in? The Gilbert house is the most pivotal location of the show. It’s also symbolic in a way that, the Vampires that are invited into the house enter Elena’s life too. The Gilbert family was the heart of the show despite being dysfunctional. 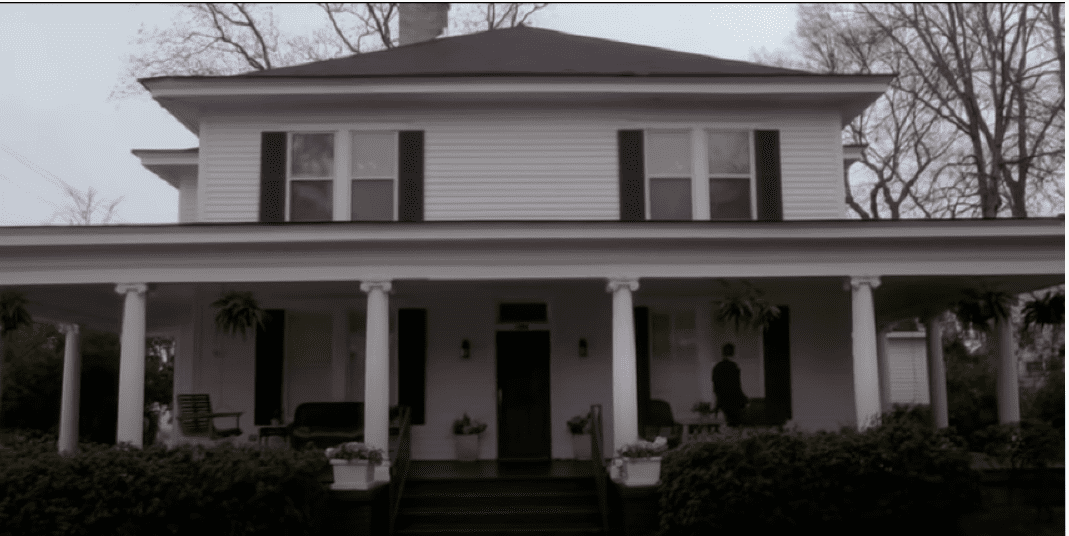 The Gilbert House from Vampire Diaries in real life

Although it is a private residence right now, fans are still allowed to visit it. It’s on 2104 Floyd Street in Covington, Georgia as well.

The tower that can open the door to hell! The battle between Vicky Donavan and Damon at the clock tower is one of the major scenes of the series. Also, it’s the same tower where Elena and Damon jump off from – a romantic epiphany. 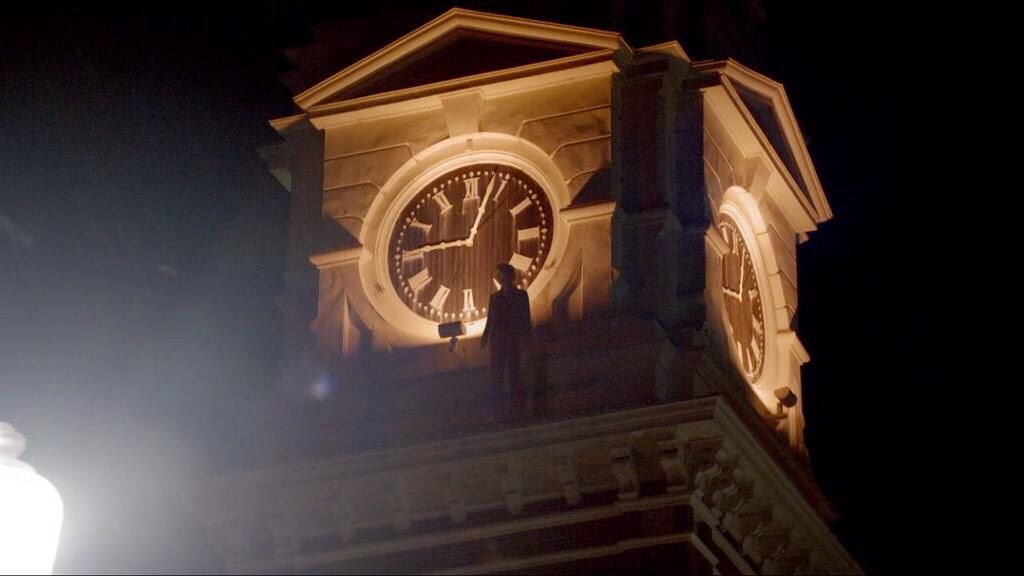 The Clock Tower is one of the most famous places in Covington, Georgia. And is even more famous thanks to Vampire Diaries fans. So, if you plan to visit it’s located at 1121 Clark Street, South-West Covington. You’re Welcome!

If you wish to go for a casual stroll in Covington, this is the place you should go. Another location from the Vampire Diaries plays a small but important part. Covington square has ‘the Sheriff Forbe’s bench’. Later on, Caroline comes there to reminisce about her mother. 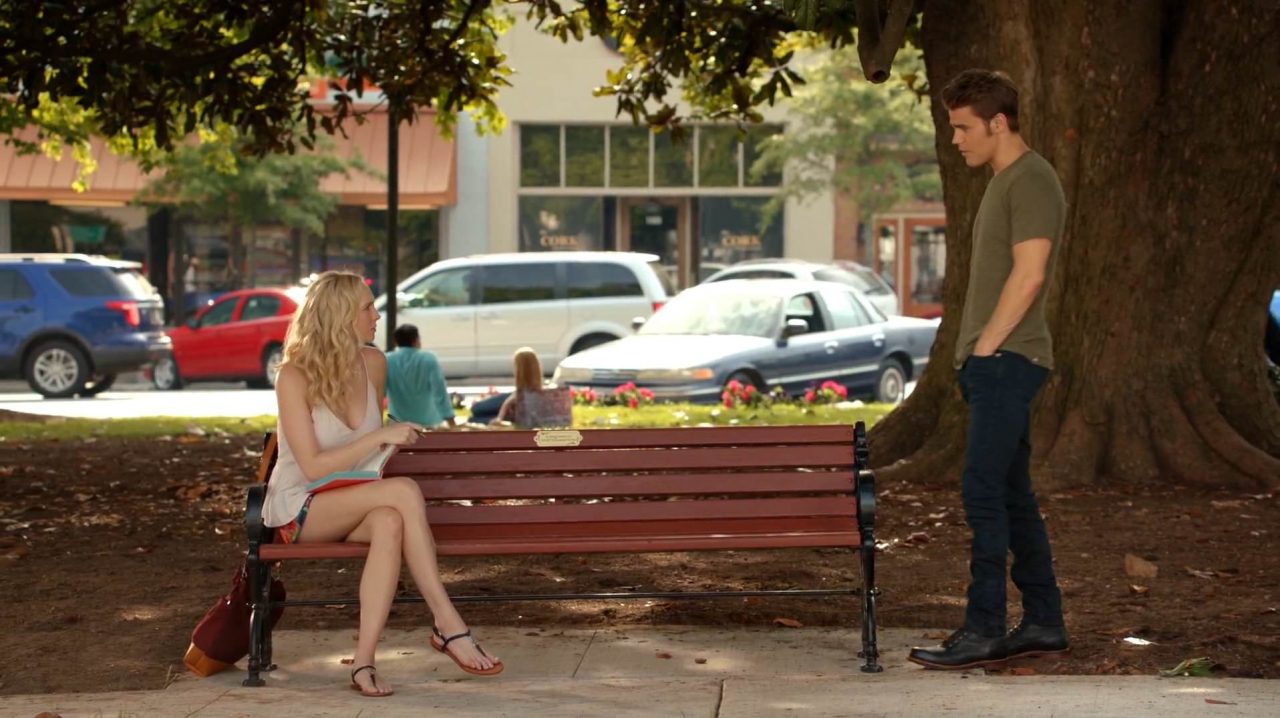 The iconic bench from Vampire Diaries is filmed in Town Square, Covington.

These are a few of the many locations from the series. If you are a die-hard Vampire Diaries fan, add this place to your bucket list!