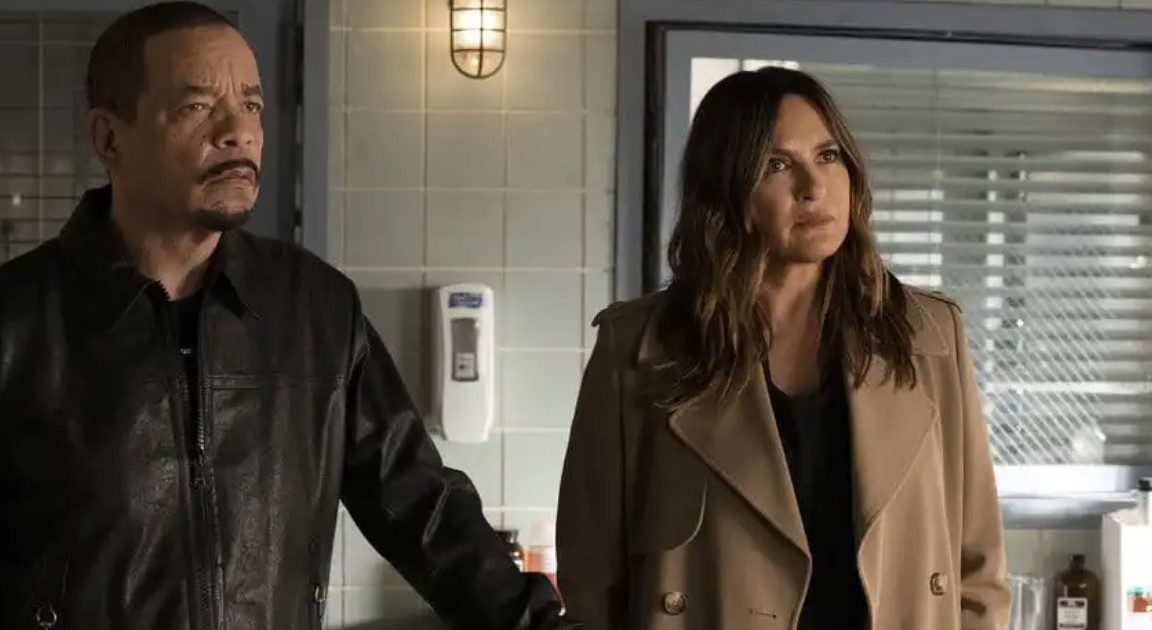 Here is the latest update concerning the Law & Order SVU renewal. For fans of the police and court procedural criminal drama by Dick Wolf, we have good news! The show was renewed for a twenty-fourth season. Consequently, Thursday nights will continue being Law & Order nights on NBC. Moreover, this renewal makes Law & Order: Special Victims Unit the longest-running tv series in the primetime market.

After you read our post, you will know everything there’s to know about the upcoming season. We’re sharing the possible release date, cast, and other tidbits of information about this Dick Wolf show starring Mariska Hargitay. Now, without further ado, let’s begin covering this topic. 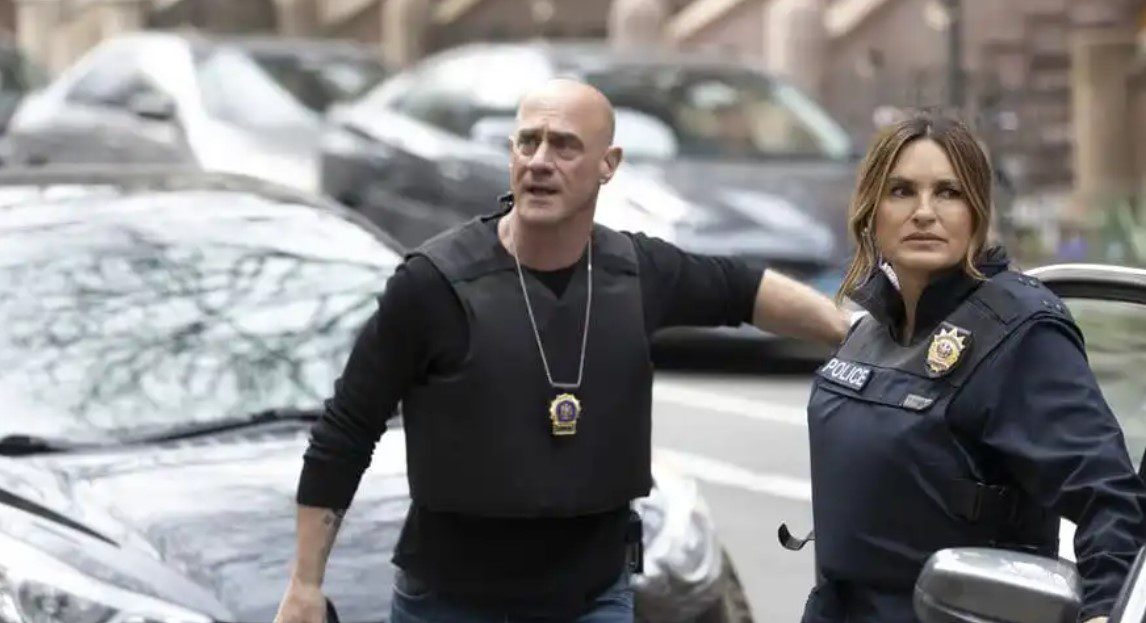 The longest-running television series in primetime history just got approved by NBC for another season. The Dick Wolf-produced crime procedural drama —with over 500 episodes— will get the 24th season in 2023. Moreover, the announcement comes after Dick Wolf and his company Wolf Entertainment penned a deal with NBC to allow the production company to keep producing content for the broadcasting company for at least five more years in different shows like the Chicago franchise and Law & Order. They recently revived the original Law & Order with a crossover episode with SVU for the season finale.

Season 23 was the last one featuring Demore Barnes and Jamie Gray Hyder as regulars in the cast. Then, Octavio Pisano became a regular cast member as a detective working for the SVU. And Christopher Meloni, Ainsley Seiger, and Danielle Moné Truitt become guest stars appearing in crossover episodes from Law & Order: Organized Crime. Moreover, managerial-wise producer Warren Leight leaves the series —again— as an executive producer.

As you know, every episode of Law & Order: Special Victims Unit is different. Every chapter covers a different heinous crime of sexual abuse nature. All while giving us brief moments on the personal lives of the men and women who make up the Special Victims Unit, focusing primarily on Olivia Benson. Initially, the Taskforce was spearheaded by Christian Garland (Demore Barnes), but Tommy McGrath, the chief, ended his rule and put Benson in charge.

In Season 23, the Special Victims Unit solved many weird cases. We saw Olivia Benson get hurt badly in a nasty car crash. Then, we saw a really good crossover episode with Law & Order: Organized Crime starring Christopher Meloni as Detective Elliott Stabler as they teamed up to bring down Richard Wheatley. Then we saw the heinous social media influencer humiliation case, some racist attacks, and human trafficking. We also saw how Burton Lowe returned to Olivia’s life to say sorry. Moreover, the team also took down rich, privileged kids who couldn’t keep it in their pants. And some big cat tech giants who got too big and fell down.

Since Law & Order SVU always stays true to its form, we can expect pretty much the same thing chapter-wise. As to Olivia Benson’s life, the show always expands little by little on her life. Can she forgive Burton Lowe? On another point, since Dick Wolf revived Law & Order, the original series, we might see several cross-over episodes as they seem to be very good and have a nice reception with the public. The previous season had two crossovers: one with “Organized Crime” and one with the Original series.

As for Olivia Benson’s compassionate persona, every season —as stated earlier— expands a little bit on her emotional connection towards helping the victims in the SVU. Since she does such a good job, the bureaucrats might push her up the managerial ladder a notch or two. On the emotional side, maybe she’ll connect with Stabler from Organized Crime, maybe not. Who knows?

Who Can Play Guest Appearances In The Crossover Episodes?

For the crossover episodes of Law & Order, we can expect Christopher Meloni as Detective Elliot Stabler from Law & Order: Organized Crime, who might even court Olivia Benson as a romantic interest. Also, we can see Danielle Moné Truitt playing Sergeant Ayanna Bell. And we can see Anthony Anderson from the original Law & Order series.

Law & Order Season 24 will release sometime in September 2022. This is an assumption, but let’s take a look at the release schedule of the episodes for the prior season. Firstly, Season 23 debuted on September 23, 2021, and concluded on May 19, 2022. Photography for the episodes begins in late August or early September and continues all throughout the remainder of the year. Moreover, the season consisted of twenty-two episodes, so we can expect that season 24 will consist of the same amount of episodes.

Why Is Law & Order So Successful?

There are many reasons why Law & Order is so successful. One reason is that the show is able to weave together crime drama with legal drama seamlessly. This means that viewers are constantly kept on their toes, never knowing what is going to happen next. Additionally, the cast of the show is incredibly talented and versatile, which helps keep viewers engaged. Lastly, the show is set in New York City, which provides a unique and interesting backdrop for the story.

Another reason why Law & Order is successful is that it tackles difficult and controversial topics. The show’s writers are not afraid to take on tough subjects, which often leads to some very thought-provoking television. Additionally, the show is always willing to take on new challenges, which keeps viewers coming back for more.

Lastly, Law & Order is successful because it is a well-oiled machine. The show has been on the air for over 20 years, and it has never missed a beat. The writers, producers, and cast all work together seamlessly to create a product that is always entertaining and enjoyable. In conclusion, there are many reasons why Law & Order is so successful. The show is able to put together a great crime drama with legal details, the cast is incredibly talented and versatile, and the show is always willing to take on new challenges. These elements combine to create a television show that is truly one of a kind.

A Brief Word On Who is Dick Wolf?

Dick Wolf was born on December 20, 1946, in New York City. He attended Wesleyan University and the Sorbonne before earning a law degree from Columbia Law School. Wolf began his career as a lawyer before segueing into television writing. In 1986, he created the police procedural drama series “Law & Order.” The show was a hit and led to the creation of several spin-offs, including “Law & Order: Special Victims Unit” and “Law & Order: Criminal Intent.”

In addition to his work on the “Law & Order” franchise, Wolf has also produced a number of other successful television series, including “New York Undercover,” “Law & Order: Trial by Jury,” “Chicago Med,” “Chicago P.D.” and “Chicago Fire.” He also served as an executive producer on the NBC procedural drama “Crossing Jordan.” Lastly, Dick Wolf is one of the most successful television producers of all time. His shows have been nominated for numerous awards, and he has won multiple Emmy Awards. In 2013, he was inducted into the Academy of Television Arts & Sciences Hall of Fame.