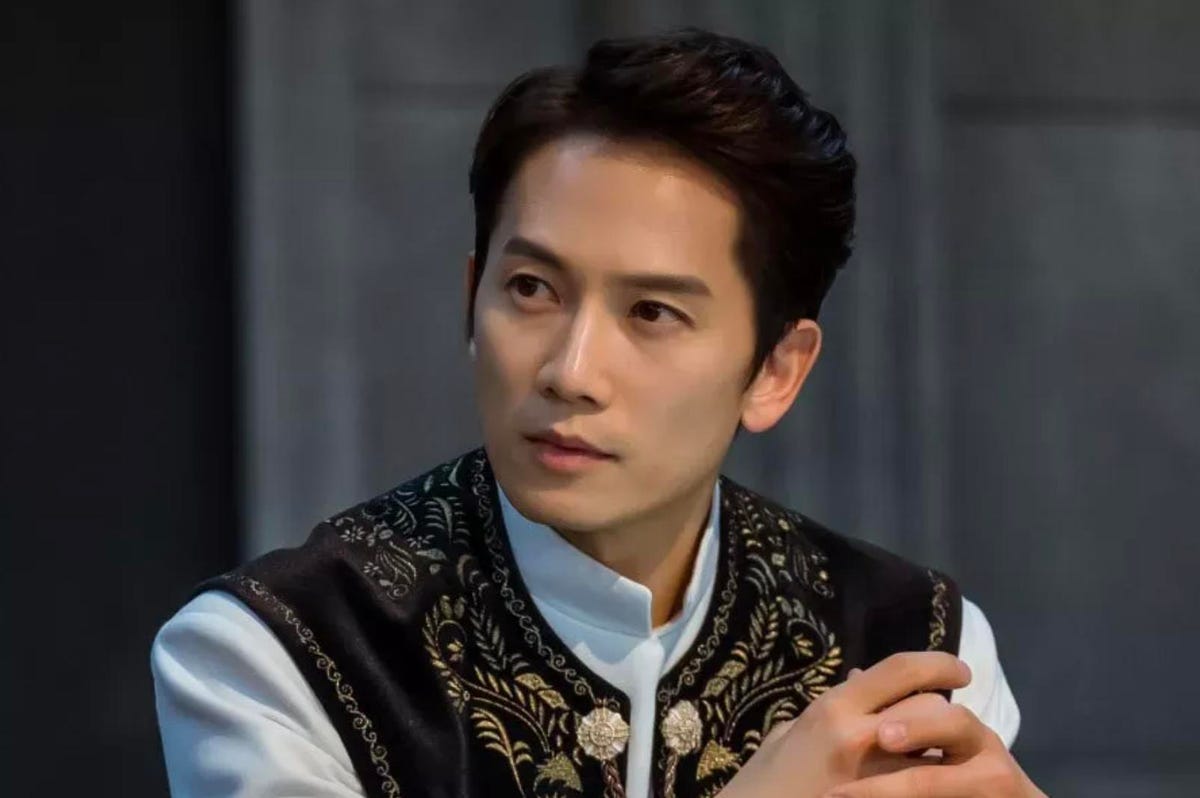 If Kdramas were a country, then Ji Sung is the passport. Furthermore, this man has been wreaking havoc in the kdrama industry with one stellar performance after another for over two decades now. Be it a shy lover or a psychopath, Ji Sung has portrayed every single character with such devotion that the viewers can not forget him even if they try. It is crazy to think that Ji Sung would have ended up becoming a professor if it wasn’t for his father bringing home a VCR when he was in his sophomore year. Although we have to admit, he would look very dashing as a professor, and having a 75% attendance would be no problem at all. But after watching Dustin Hoffman’s iconic performance in ‘Rain Man,’ he felt like there was nothing else he would love to do more than act.

This decision obviously did not sit well with his parents, who were both educators, but Ji Sung was sure of what he wanted to do. Furthermore, Ji Sung’s real name is actually Kwak Tae Geun, and Ji Sung is a stage name. While studying at the Hanyang University, the talented screenwriter Song Ji Na (Healer) was so impressed by his acting that she wrote a separate script for him, which ended up becoming his breakthrough performance. Although all of his performances are straight-up ten on ten, we have compiled a list of some of Ji Sung’s absolute best kdramas.

Best Ji Sung Kdramas That You Need To Watch:

The King’s Woman is a historical drama with an amazing plot and spectacular performances. One of Ji Sung’s earliest performances, yet he is so brilliant that you would never be able to guess. Additionally, this kdrama is directed by Jung Hyo, who has also directed famous kdramas such as Witch’s Castle and Cheongdamdong Scandal. Other members of the main cast included some of Korea’s finest performers, such as Ji Sung, Park Sun Kyung (The World Of The Married), and Im Dong Jing (A Saint And A Witch). 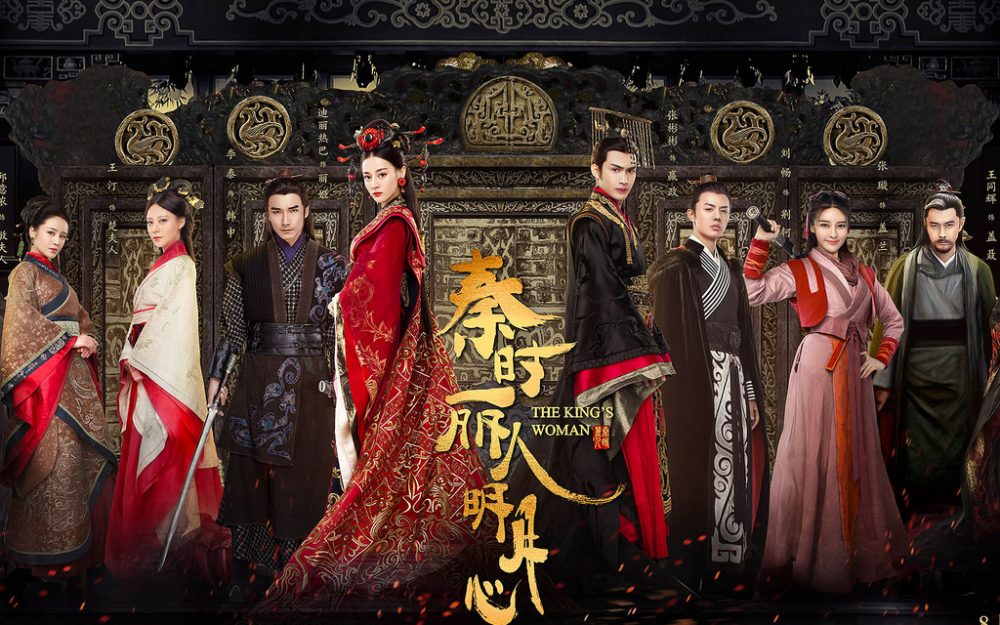 This drama tells the story of the events that took place during the reign of King Seon Jo. How he got killed by his own son, who felt as if his position on the throne was threatened. It narrates the story of Prince Gwanghae without justifying his sinful acts. The series aired back in 2003 on SBS.

5. Save The Last Dance For Me

If you know, you know! This kdrama changed Ji Sung’s life not just professionally but also personally. He met his wife, Lee Bo Young, on the sets of this drama, so it is truly special. A fact to note is that Lee Bo Young was not playing his love interest in the drama, which is again a testament to Ji Sung’s great acting because the chemistry that he shared with Eugene was off the charts. Moreover, Save The Last Dance For Me is a romance makjang (over the top) kdrama at its finest. It has memory loss, sudden deaths, forbidden love, and literally every ingredient to cook up a perfect makjang drama. Furthermore, Save The Last Dance For Me is written by Jo Yoon Young (Moon Lovers: Scarlet Heart Ryeo) and Ma Jin Won (Voice 3: City Of Accomplices). The director of this kdrama is Lee Seung Ryul (Rude Woman, Her Legend). 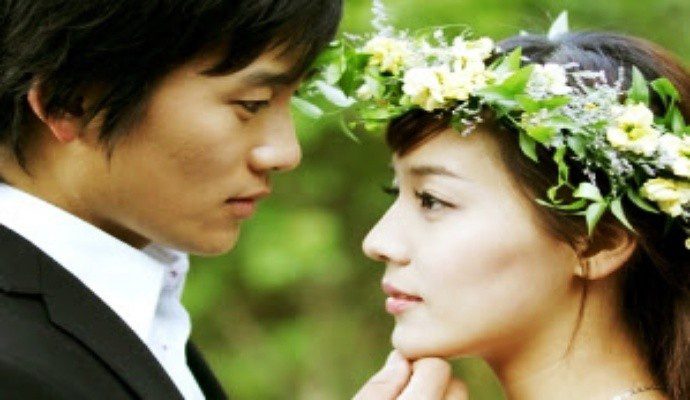 Save The Last Dance For Me

Save The Last Dance For Me revolves around a man named Kang Hyun Woo. Furthermore, Kang Hyun Woo is the owner of a multi-million company but has completely lost his memory. During this time, he wanders into a small resort inn where he meets a kind girl named Eun Soo. Although Eun Soo is not wealthy, she has a heart of gold. She takes Kang Hyun Woo into her care without knowing him, and the two fall in love. However, things go downhill very soon when on the night of their wedding, Kang Hyun Woo or Baek Chang Ho disappears. Further adding to the pain, Eun Soo also loses her father on the very same night. The two people that had meant the whole world to her had suddenly disappeared. On the other hand, Kang Hyun Woo is trying to run for his life because someone is trying to murder him. A thriller and a romance packed in two episodes long kdrama. The drama aired on SBS in 2004. 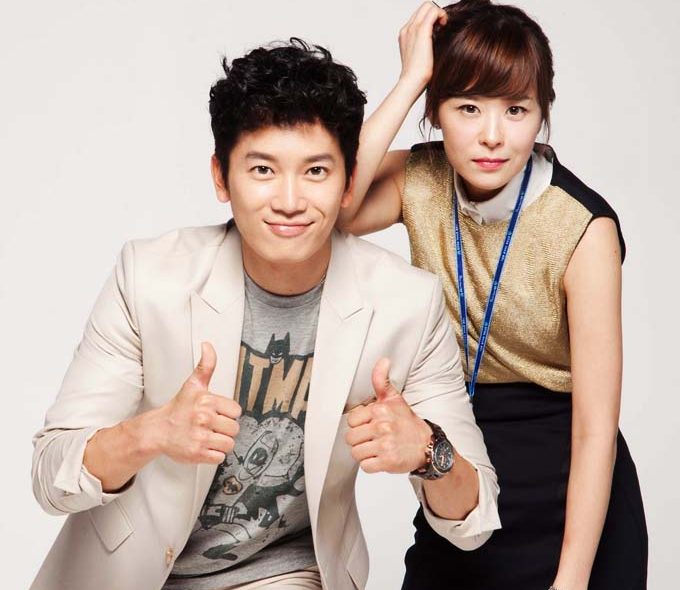 Protect The Boss follows Noh Eun Seol, who, after being rejected at countless job interviews because of her poor education background and juvenile delinquency record, finally gets hired. Moreover, Noh Eun Seol had no faith that she would be chosen for this job because she gave an earful to all hiring directors during her job interview at DN Group. But one of the hiring directors, who is an executive, Cha Mu Won, at the company finds her unique and hires her to keep his careless cousin Cha Ji Heon in check. Furthermore, Cha Ji Heon is the complete opposite of his cousin Cha Mu Won who is hardworking and mature.

He is the son of DN group’s Chairman and does not care one bit about the company. After getting hired as Cha Ji Heon’s secretary, Noh Eun Seol does everything in her power to keep his childhood behavior in check. Over time the two begin to understand each other, and Noh Eun Seol helps him overcome his trauma and get better at his job. However, it does not go smoothly as it sounds because Ji Heon’s perfect cousin, Mu Won, also falls in love with Eun Seol. You will be entertained every second of this drama. Check out Protect The Boss on Rakuten Viki.

If there is one kdrama on every kdrama fanatics’ list of recommendations, it is Kill Me, Heal Me. This drama is an absolute masterpiece and falls short of nothing. Plus, Ji Sung plays not a double but a sept role in this drama. The screenwriter of Kill Me, Heal Me is Jin Soo Wan, also known for her work in Chicago Typewriter, Moon Embracing The Sun, and Capital Scandal. Additionally, this drama is co-directed by Kim Jin Wan (Rebel: Thief Who Stole The People) and Kim Dae Jin (Just Like Today, Less Than Evil, The King Of Pigs). Besides a brilliant crew, the drama also consists of a star-studded cast. Ji Sung, Hwang Jung Eum (She Was Pretty, To All The Guys Who Loved Me), Park Seo Joon (What’s Wrong With Secretary Kim, Fight For My Way), Kim Yoo Ri (The Mater’s Sun, Beyond The Clouds), and Oh Min Suk (Beautiful Love, Wonderful Life and It’s Beautiful Now). 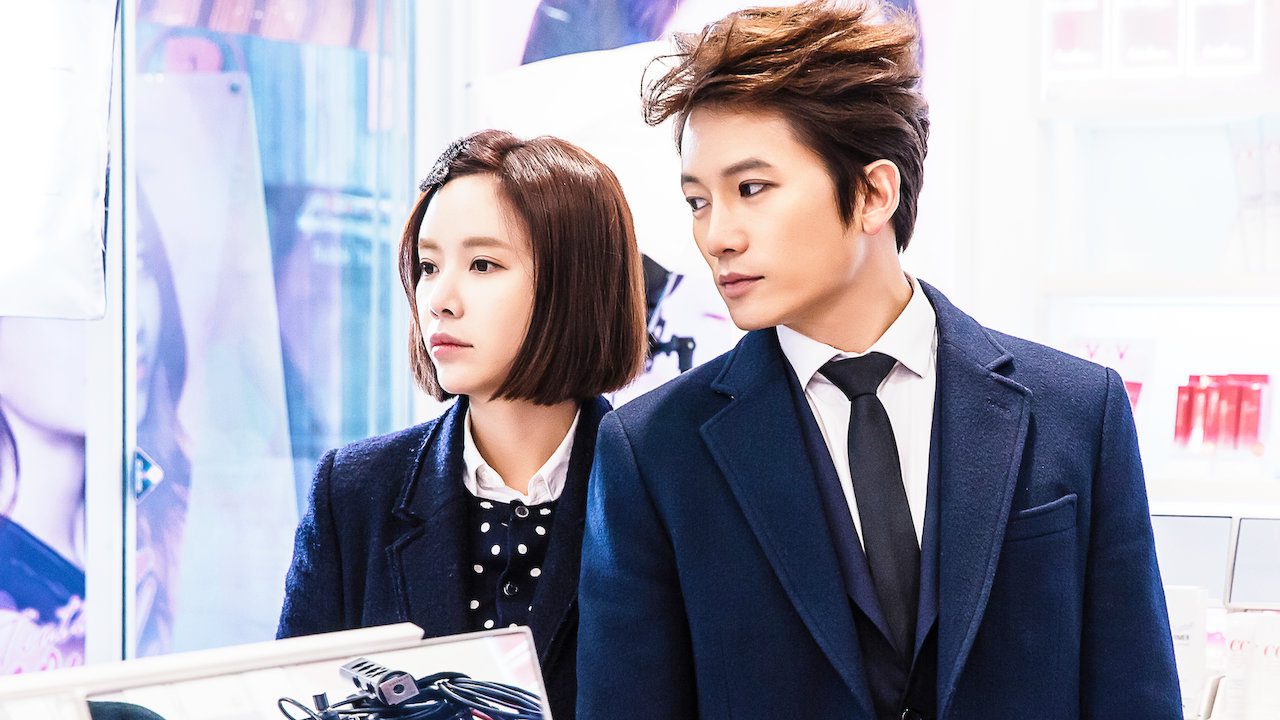 Kill Me, Heal Me

Kill Me, Heal Me has one of the most complex love stories that you will ever come across. The plot of this kdrama revolves around Cha Do Hyun. Furthermore, Cha Do Hyun develops seven extravagant personalities after he witnesses a traumatic event in his childhood. After failing to deal with it on his own, he decides to ask Oh Ri Jin, who is a first-year psychiatric resident, to help him overcome the disorder. However, in the process of healing him, Oh Ri Jin herself falls in love with one of his many personalities. This is not the only complicated love story in this drama because Oh Ri Jin’s so-called ‘brother’ is also in love with her. Before you yell out ‘INCESTUAL!’, we assure you that he is adopted. But as he looks more into Cha Do Hyun’s life, they discover a dark that connects all three of them. You can watch this drama with subtitles in various languages on Rakuten Viki.

This is a favorite among mystery genre lovers. Furthermore, this drama gets a high score even from professional critics. It has the perfect character development, plot, music, and basically everything. The brilliant minds behind the screenplay of Innocent Defendant are Choi Soo Jin (City Hunter, I Love You) and Choi Chang Hwan (Heart Surgeons). Credits for the direction of this kdrama go to Jo Young Kwang (Hyde, Jekyll, Me and Racket Boys) and Jung Dong Yoon (Heart Surgeons, It’s Okay To Not Be Okay). Innocent Defendant features seasoned performers such as Ji Sung, Uhm Ki Joon (The Penthouse: War In Life, I’m Not A Robot), Kwon Yu Ri (The Sound Of Your Heart: Reboot, Bossam: Steal The Fate), Oh Chang Seok (A Place In The Sun, You Will Love Me), and Uhm Hyun Kyung (A Man In Veil, All Is Well) in lead roles. 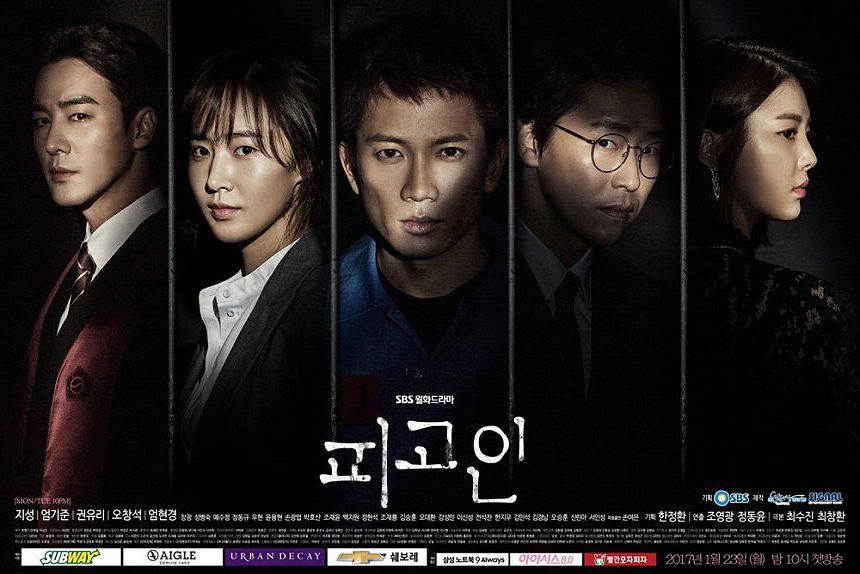 In this kdrama, Ji Sung plays the role of a strong prosecutor named Park Jung Wo. But this sharp-tongued prosecutor finds himself in jail with a death sentence. To make matters even worse for Park Jung Wo, he suffers from temporary amnesia. How he manages to regain his memory and also get himself out of jail forms the crux of this drama. Innocent Defendant will have you on the edge of your seat at all times. A must-watch for fans who love law and mystery kdramas. You can enjoy Innocent Defendant with subtitles in the language of your choice on Rakuten Viki.

This drama deserves a standing ovation every time that it is spoken about. From the original plot, character development, music, and mystery, everything in this drama was a chef kiss. Additionally, the brilliant screenplay is written by the brilliant screenwriter Moon Yoo Seok (Miss Hammurabi). Fun fact: Mr. Moon Yoo Seok, was a judge himself, so to see a drama about courtroom justice written by him was truly amazing. The amazing direction of this drama is all thanks to Choi Jung Gyu (The Flower In Prison, Children Of Nobody). The Devil Judge has a star-studded cast with actors such as Ji Sung, Kim Min Jung (My Fellow Citizens, Man to Man), GOT7’s  Park Jin Young (He Is Psychometric, When My Love Blooms), and Park Gyu Young (Dali and The Cocky Prince). Every single actor in this drama played their character down to the last hair. Moreover, The Devil Judge is not your ordinary thriller kdrama. 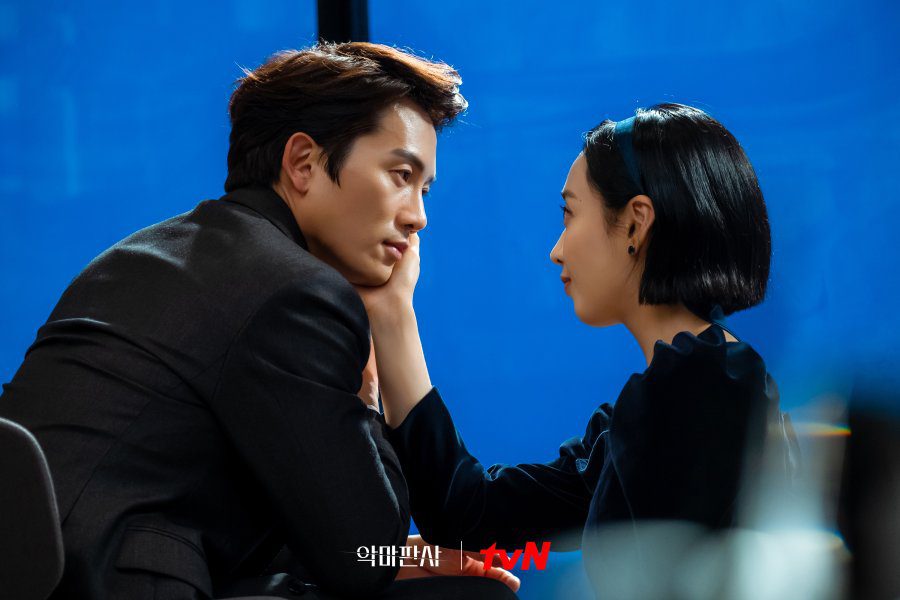 The plot of this kdrama has many layers. However, it all boils down to one man and that is Kang Yo Han. Furthermore, Kang Yo Han is appointed as the judge for Korea’s first-ever live courtroom. By live courtroom, we mean that the viewers will actually be able to vote on the decision. Although the public votes on whether they believe the accused is guilty, Kang Yo Han decides the final punishment. From bringing back centuries-old punishment methods such as thrashing in public to electrification, Kang Yo Han does not hold back. A perfect God of Justice dressed in all white in front of the public, only someone with a keen eye will see what Kang Yo Han is actually doing. Although it is set up in a dystopian world, how scaring similar the cases presented in Kang Yo Han’s court are to the problems we deal with today will send shivers down your spine. The drama puts the phrase ‘Justice is in the hands of the people’ to the test by letting them partake in a courtroom hearing. Added bonus: It has one of the best female villains to ever exist. Check out this drama on Rakuten Viki.