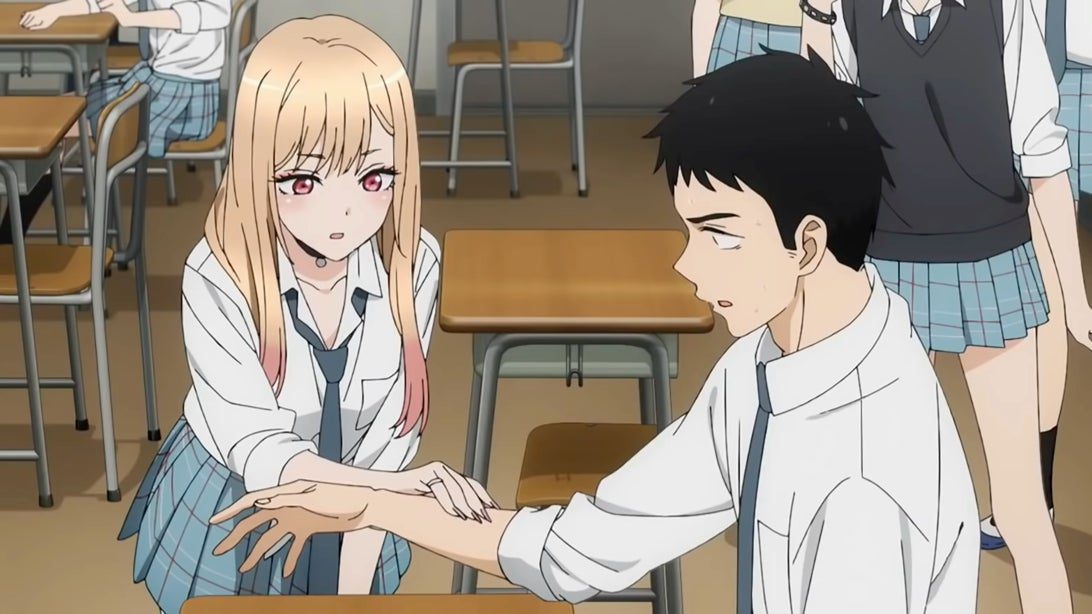 My Dress-Up Darling, also known in Japanese as Sono Bisuku Dōru wa Koi wo Suru, is a popular manga and anime series. Written and illustrated by Shinichi Fukuda, the manga became very popular ever since its release on January 19, 2018. The success of the manga sparked an anime adaptation. CloverWorks took the helm of the series. The anime aired from January 9, 2022, to March 27, 2022. The show aired in Japan on Tokyo MX and other local networks. With an IMDb rating of 8.4, My Dress-Up Darling was a massive hit among the fans as new viewers try to find ways to watch it. The show was loved by manga readers and non-manga readers alike.

You must have come across several articles related to My Dress-Up Darling here on this website. Seeing all these articles, listening to your friends talking about the show, all this must have finally made your mind to watch it. Now the question remains, how to watch My Dress-Up Darling? And for that, don’t worry; we have got you covered. We will tell you all about the anime and how you can watch it.

What Is The Story Of My Dress-Up Darling?

One of the show’s protagonists, Wakana Gojo (not to be mistaken with Gojo sensei), is a first-year high school student. Gojo is amused by Hina dolls a lot. He wants to be a hina doll craftsman. Another protagonist is Marin Kitagawa, a very beautiful and popular girl and a classmate of Gojo’s. One day, Marin Kitagawa sees Gojo sewing dresses for the dolls. Kitagawa is passionate about cosplaying and has always wanted to have the best outfits for the same. She confronts Gojo and asks him to make a dress for her. She asks him to sew the dress of a video game character she likes. Though reluctant and inexperienced, Gojo agrees to make the dress for Kitagawa. Thus begins the roller-coaster ride of Gojo and Kitagawa, filled with fun, emotions, and wholesome moments. 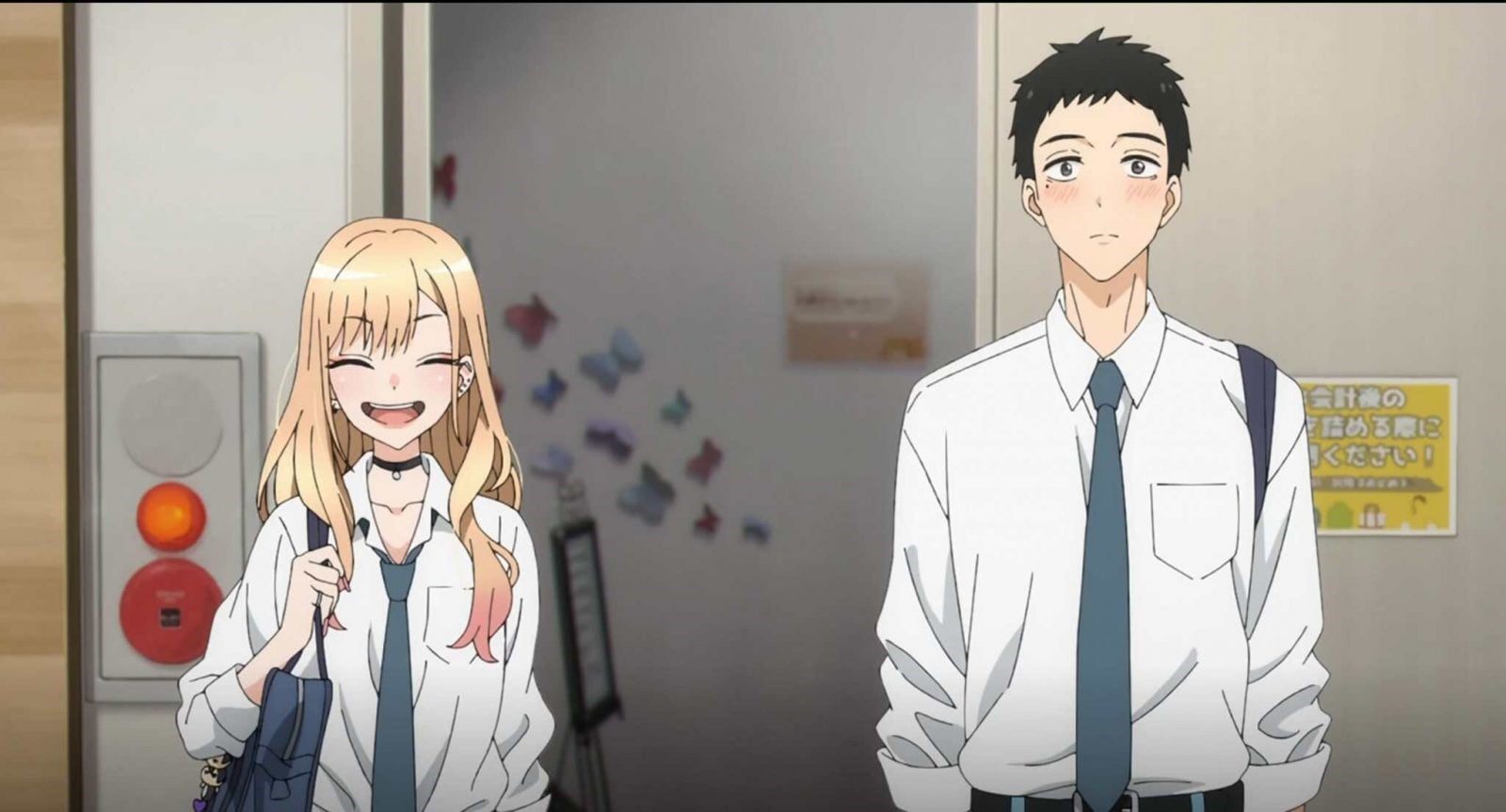 Marin Kitagawa and Wakana Gojo from My Dress-Up Darling

How Many Episodes Are There In My Dress-Up Darling Season 1?

The first season began on January 9, 2022, with the final episode released on March 27, 2022. The opening theme of the show is ‘Sansan Days’ created by Spira Spica. The ending theme of the hit show is ‘Koi no Yukue’, by Akari Akase. Season 1 of the show had 12 episodes, with each episode released on a weekly basis. The 1st episode is titled ‘Someone Who Lives In The Exact Opposite World As Me’. The last Episode is named after the anime itself, ‘My Dress-Up Darling‘.

What Happened In The Season 1 Of The Show?

(contains some spoilers ahead! so if you like to, then skip to the next part)

Later on, Sajuna Inui is introduced in the 6th Episode. She reveals herself to be ‘Juju,’ the cosplayer who Kitagawa admires. Juju demands Gojo design a dress for her. Gojo and Kitagawa then meet up with Juju in a restaurant. Shinju shows them the pictures she has taken of her sister. The group then goes to an abandoned hospital, where Gojo and Juju share a heartfelt moment. After some time, the group goes to the hospital again for a photoshoot in their cosplay outfits. Gojo and Kitagawa go on a date, and soon Gojo also starts falling for her. At the end of the show, Kitagawa confesses to Gojo while he is asleep. 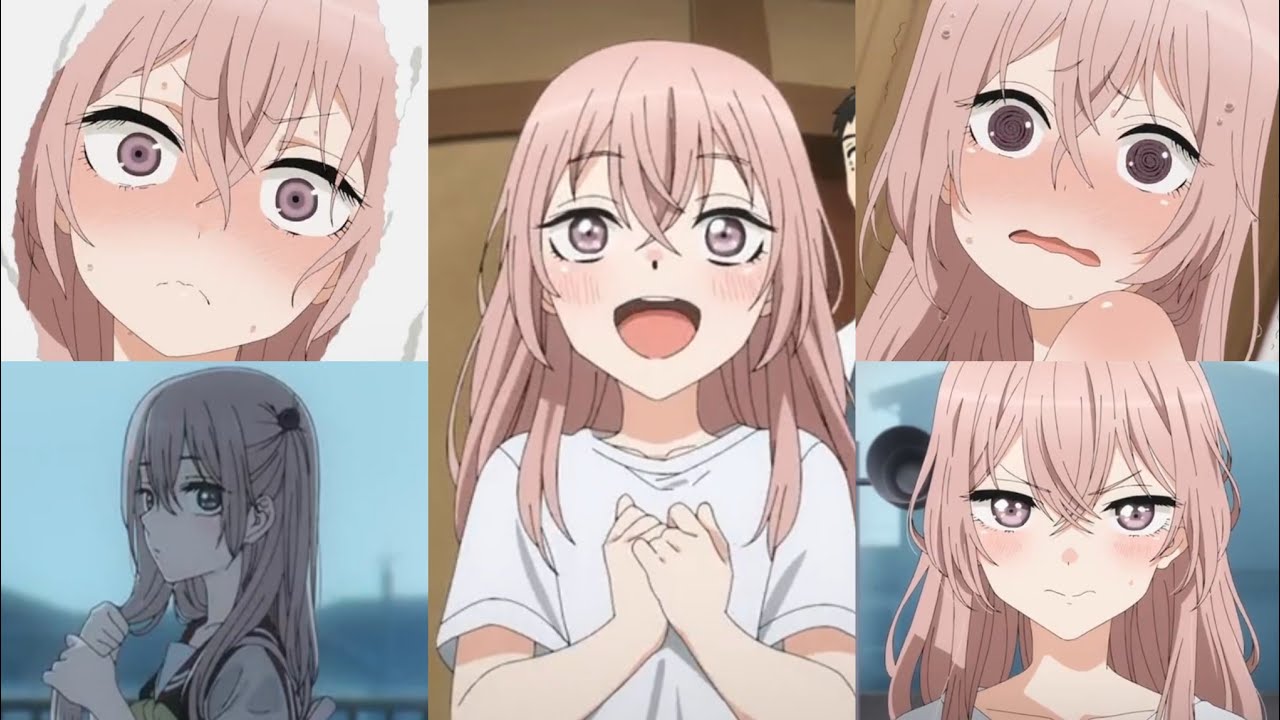 Juju from My Dress-Up Darling

Will There Be Season 2 Of My Dress-Up Darling?

So far, there has been no official confirmation regarding the second season. But, given the success of the first season, the second season is almost inevitable. The manga of My Dress-Up Darling is currently ongoing. Fans can expect the 2nd season somewhere in 2023. We will keep you updated regarding any new news about the show.

How To Watch My Dress-Up Darling Season 1?

My Dress-Up Darling is available on many streaming sites for fans. Those with a subscription can watch the show on Netflix and Funimation. While others not looking to cash in on any streaming sites can watch it on Crunchyroll for free (but with ads). Those who cannot wait for the next season can also subscribe to the monthly manga.