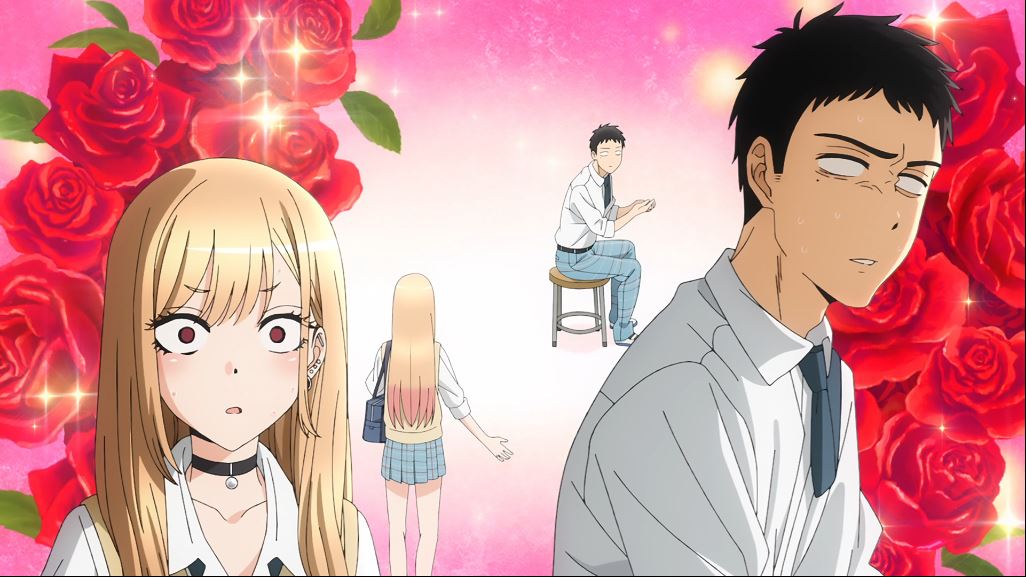 Usually, one doesn’t really need any reason to watch anime. However, when it comes to Anime lovers, we can list many reasons when recommending any anime, rightfully so, because anime introduces us to many interesting stories with different genres that can get a wide range of audiences hooked in a short time. From when anime first came into existence to today, the anime world has been continuously on the go when it comes to giving us new anime each year. Not very long ago, the anime My Dress-Up Darling gained popularity. If you’re wondering whether or not you should watch My Dress-Up Darling, you have come to the right place.

My Dress-Up Darling is an anime adapted from the manga by Shinichi Fukuda. CloverWorks adapted the manga into a 12 episode anime, which aired in January 2022. Not very long ago, the anime successfully came to an end on March 27th. For three months, the anime has been one of the most-watched anime and has gained many fans anticipating another season. What makes the anime so good, and is it worth watching it? You can judge for yourself after reading the ten reasons to watch My Dress-Up Darling!

Good animation and visuals are the most important aspects when it comes to the technicalities of any anime. These visuals need to have the ability to capture fans’ attention and leave them in awe. The production team of My Dress-Up Darling has done a great job with this. The studio that was in charge of the production was CloverWorks. They have previously worked on the anime Darling in the Franxx, Bunny Girl Senpai as well as Horimiya. Thus, it was expected of them to deliver amazing quality art. 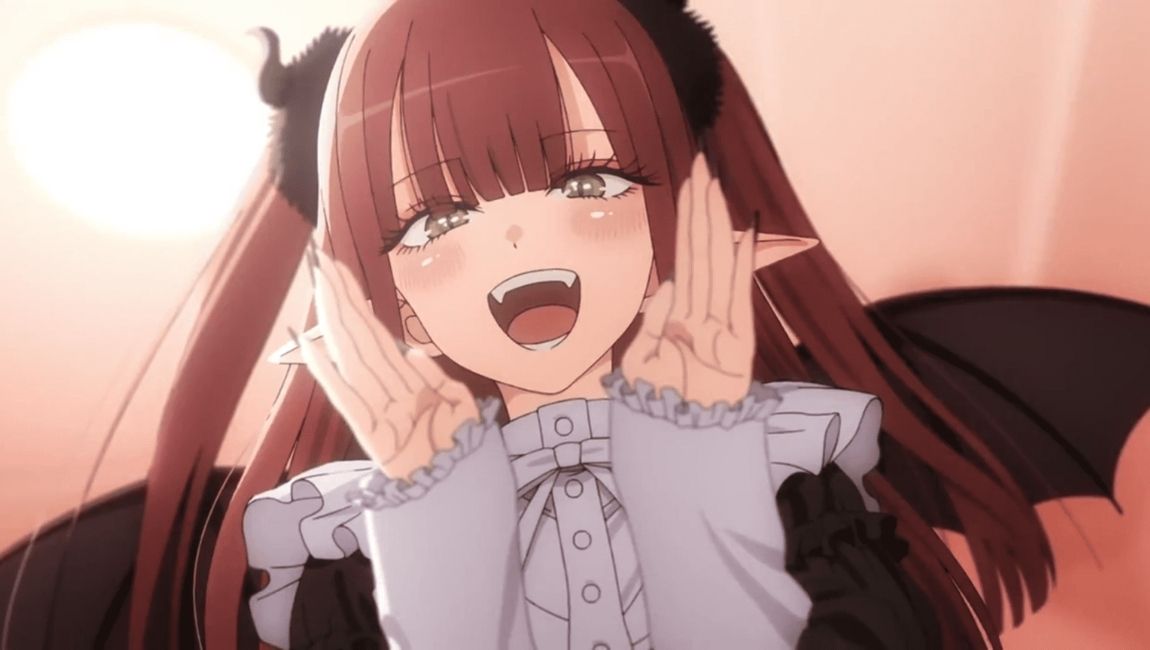 My Dress Up Darling – Marin as Miss Nagatoto

As for the character design, Kazumasa Ishida was responsible for it. He has previously worked in the production for Darling in the Franxx, Little Witch Academia, and the anime film I Want To Eat Your Pancreas. Together, they give us an anime that is visually pleasing. However, this isn’t the only thing the anime brings to the table.

Interesting Storyline From The First Episode

My Dress-Up Darling’s story is very interesting. Although it follows most of the stereotypical tropes, for instance, the shy boy x bold girl one, the story focuses on not only the relationship they develop but also their individual selves. My Dress-Up Darling is an anime that introduces us to a normal and somewhat more realistic as well as mature world. It tells us the story of Gojo Wakana, who is highly passionate about crafting Hina Dolls. Being a first-year student and having a niche passion puts him more on the introvert side, where he mostly keeps to himself.

Things change for him when he meets a girl named Marin Kitagawa, who is highly passionate about cosplay. Marin then asks Gojo to create a cosplay outfit for her after seeing him work on Hina Doll’s clothes, and even though it is his first time, he takes up the challenge.

Characters With Different Backgrounds But Are Tied Together With Passion

My Dress-Up Darling is an anime that introduces us to the main characters who are very different from each other. As mentioned above, the main male lead of the anime, Gojo Wakana, is an introvert who usually keeps to himself and focuses on working on his art of being a Hina Doll craftsman. Being an introvert, he doesn’t interact with many people and thus, isn’t too popular. 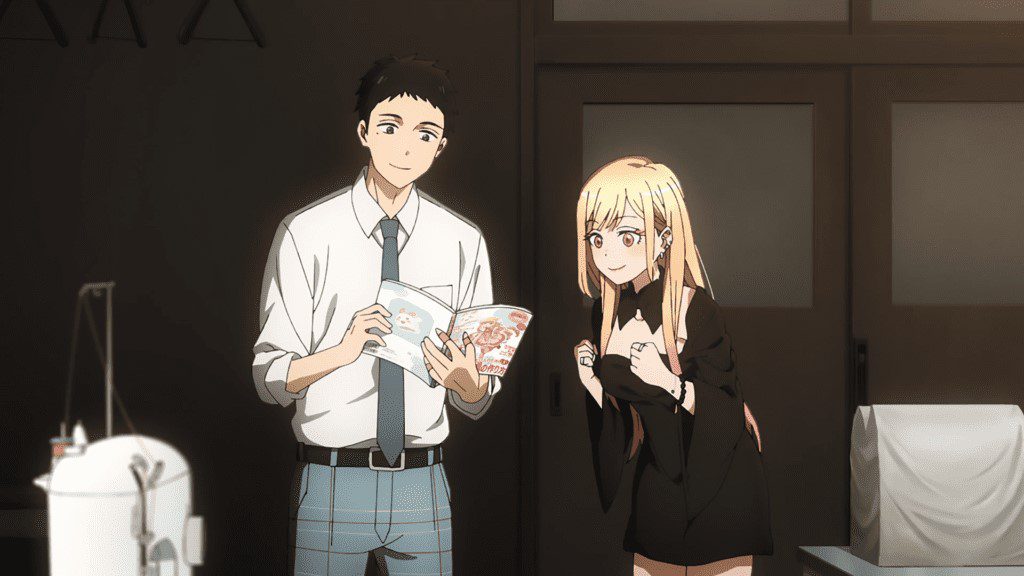 On the other hand, Marin is an extrovert and, thus, a social butterfly. She is open about most of the things she is interested in, and her confidence doesn’t have an end. Like Gojo, Marin is passionate about something too, and that is cosplay. She is a cosplay artist as well as an otaku. Thus, their passion ties them down together on the basis of understanding each other’s interests, making them very different yet similar to each other.

These Characters Are Also Relatable

What makes a lasting impression on viewers is whether or not they can relate to a character. In any story, relatable characters are the most memorable ones. My Dress-Up Darling has such characters. The daily struggles and issues that each character faces are realistic. Not only this, but they also tend to deal with these issues realistically. In the anime, one may notice that conflicts do not last long but are resolved within a matter of minutes. These characters, thus, manage to create a sense of acceptance and understanding among viewers.

A Good Anime For An Introduction To The Ecchi Genre

The Ecchi genre can weird out some people who have just gotten into anime as the genre as a whole is quite problematic. Therefore, introducing your friends to this genre with the right anime is very important. My Dress-Up Darling has some scenes that can get criticized. However, unlike most Ecchi anime, these scenes do not really feel forced into the plot. Thus, they run smoothly alongside the storyline. 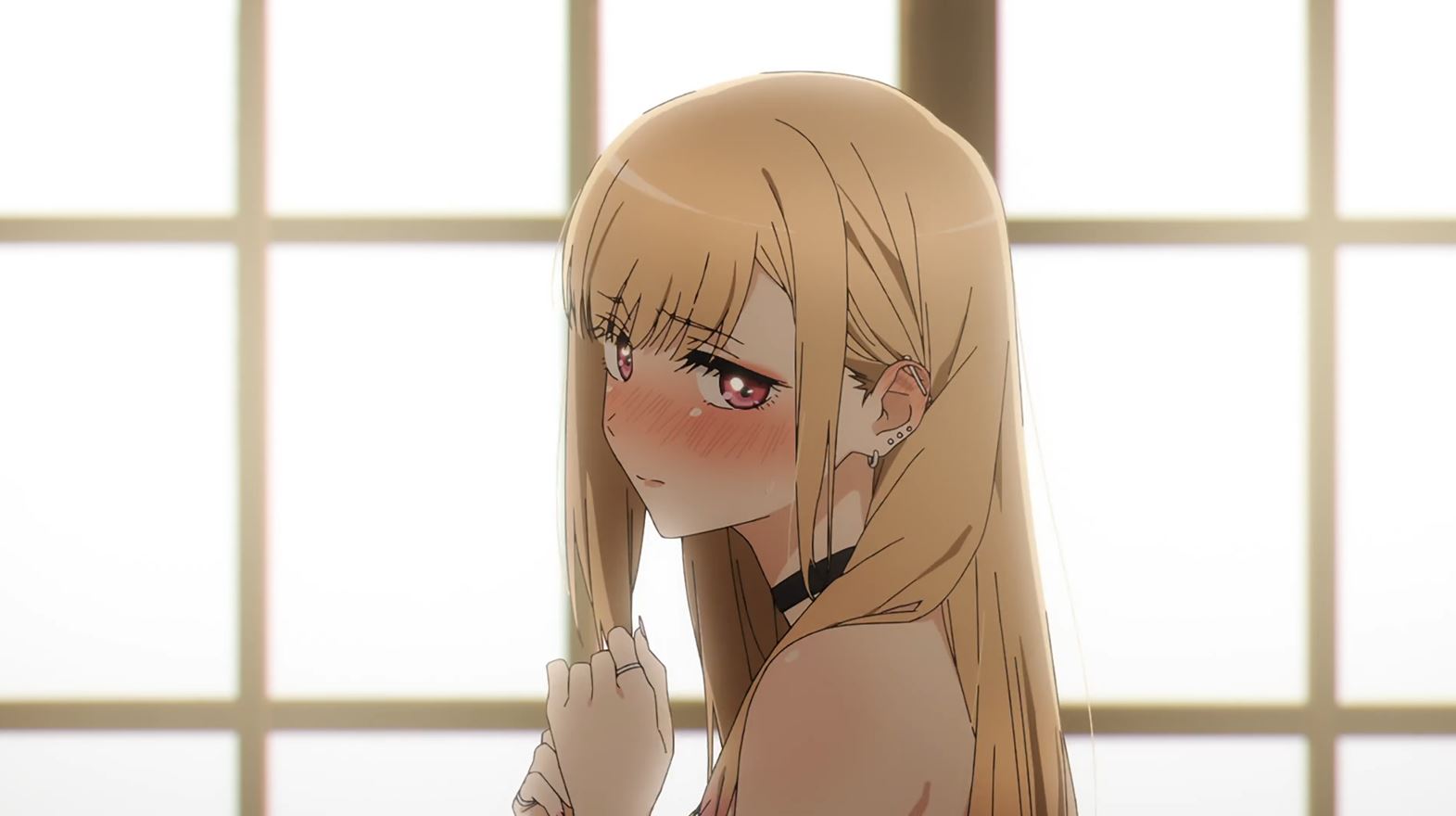 The main character Marin is the central character for most of the Ecchi scenes. However, these only prove that she is confident enough to be comfortable in her own skin. Not only this, but as a cosplayer, one needs to indulge in fanservice acts. Marin, thus, incorporates these aspects very well.

Romance Based On A Coming-of-Age Story

Although this is an anime that falls under the romance genre, it focuses not only on building relationships between the two main characters but also on their individual growth. Marin being confident and extroverted helps Gojo to become more open in conversations with others. She helps him learn some important life lessons that will probably remain with him and help him grow as an individual. Not only this, but Marin, too, engages in her interests whole-heartedly and is not ashamed to openly show her interests.

Broadens Our Perspective Of Cosplay Culture

Japan is very famous for various cultures related to entertainment, and cosplaying is one of them. Cosplaying refers to creating and wearing outfits that match fictional characters. My Dress-Up Darling did a great job of broadening our knowledge about this culture. In the initial first few episodes, we see Gojo learning about the art of cosplay as he takes up the challenge of stitching for Marin, her favorite character’s costume. It dives deeper into the fun as well as struggles of a cosplayer’s life. 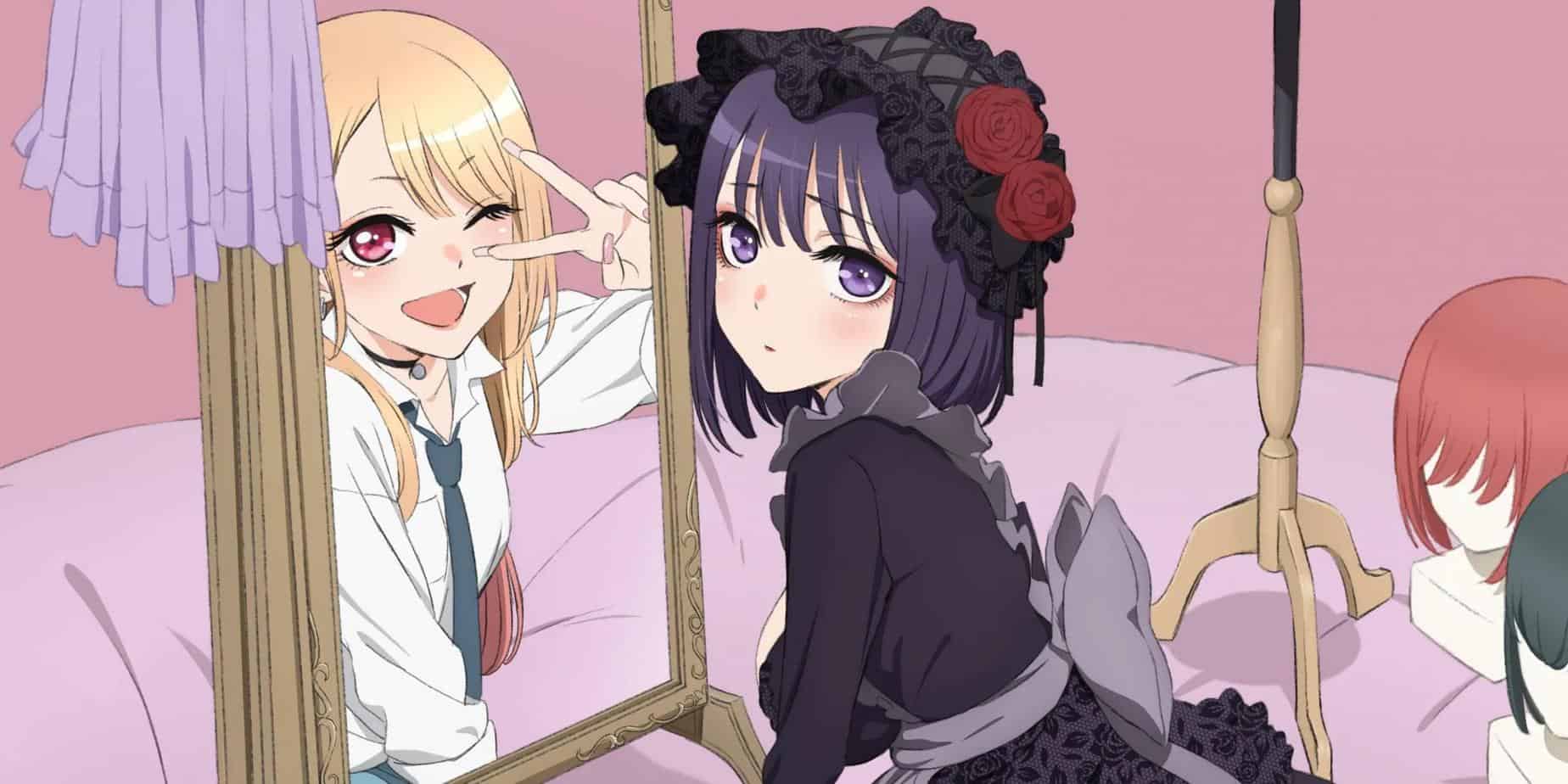 Caters To Comedy For Mature Audiences

To be honest, to watch an anime like My Dress-Up Darling, one needs to be mature enough to understand the comedy and absurdity of some events in the anime. Overall, the anime has the perfect amount of Comedy as well as Romance. The relationship shared between the main characters often portrays numerous comedic scenes. Marin being bold and Gojo being shy adds some uneasiness between the two, which is very amusing to watch.

Has The Best Girl As The Main Character

This anime, not surprisingly, has the best waifu. Marin has gained popularity among fans pretty quickly for her bubbly and quirky personality. Not only this, but fans love the confidence she carries herself with as well as her passion for the art of cosplaying. This makes her the best waifu. She has also taken first place as the Best Girl among the Winter 2022 female anime characters. Marin has a good relationship with almost everyone around her. She can also be independent when the time calls for it. 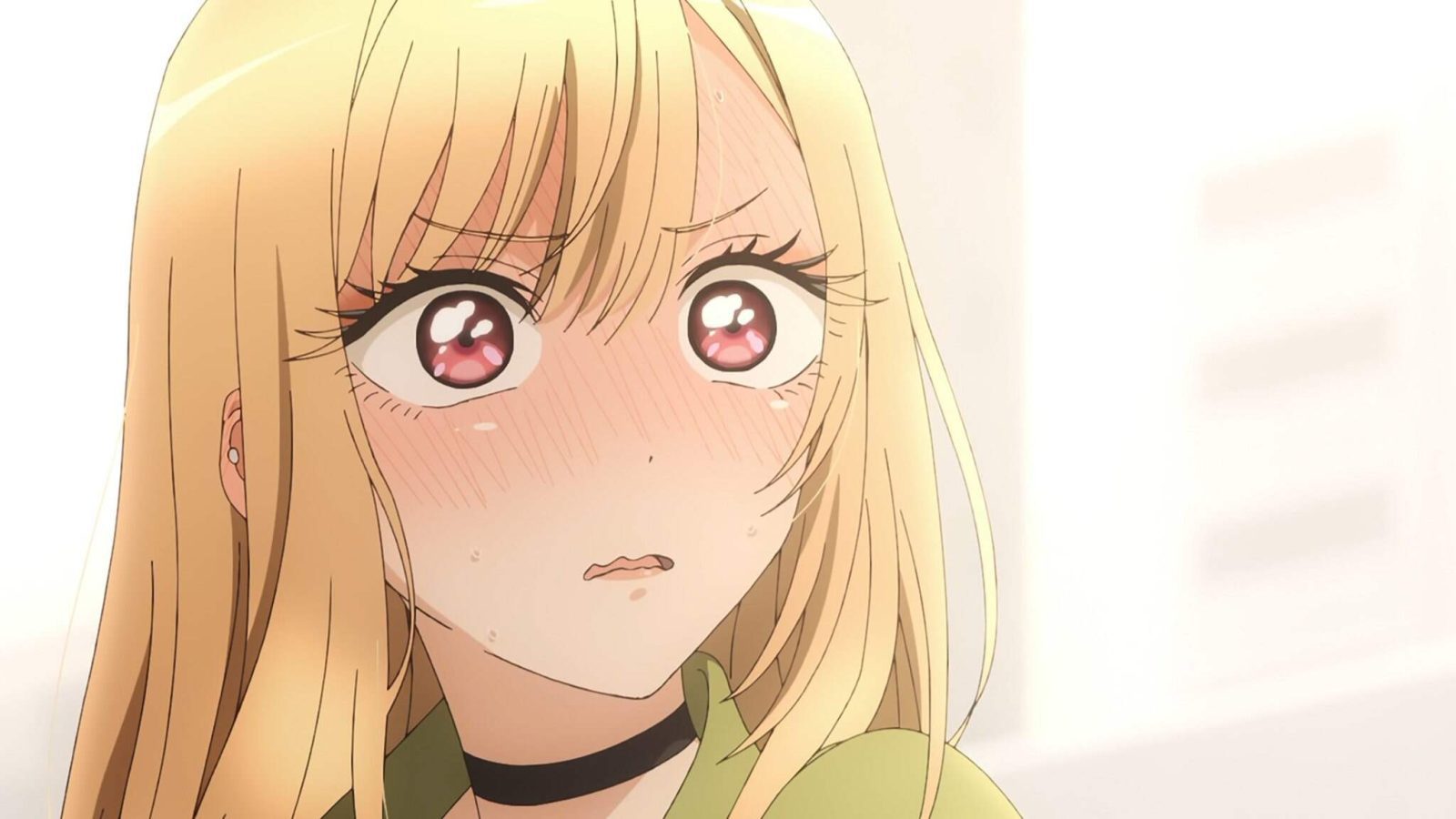 It Also Has The Best Boy

My Dress-Up Darling has not only the best girl but also the best boy! Here, we have Gojo Wakana, who has taken the number one spot for Best Male character, Winter 2022. Gojo is an unproblematic person who focuses on his passion for creating Hina Dolls. His character also breaks the stereotype as he still continues to adore dolls. Besides this, he is a character that undergoes a lot of development. He also makes efforts to understand himself as well as those around him. 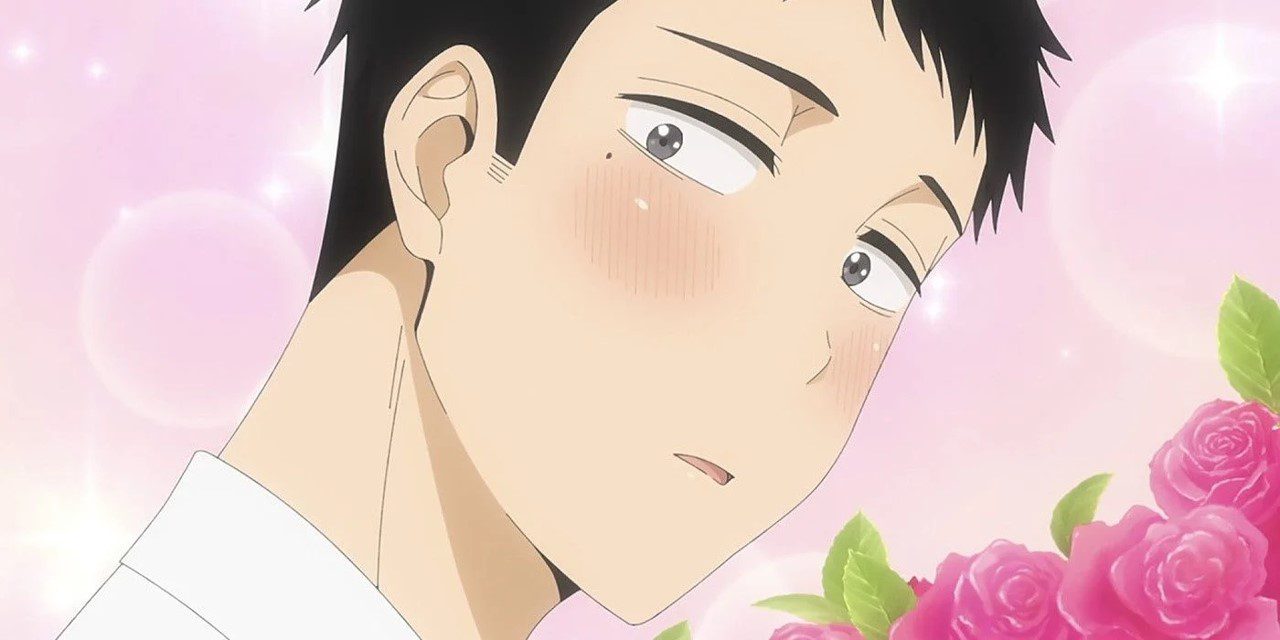 Gojo also tends to respect others, especially his grandfather. He has been independent since he was a child and is a character that had to grow up too soon because of life circumstances. Gojo is dedicated to his art and aspires to be good at it, which adds to his charms effortlessly.