Does Apex Legends Mobile have any impact on the gameplay? What features does it have? Moreover, does it have any exclusive features? What’s the hook potential and attractive part of this game that would make a gamer grab it for their mobile device? Let’s explore these and other details in this post. 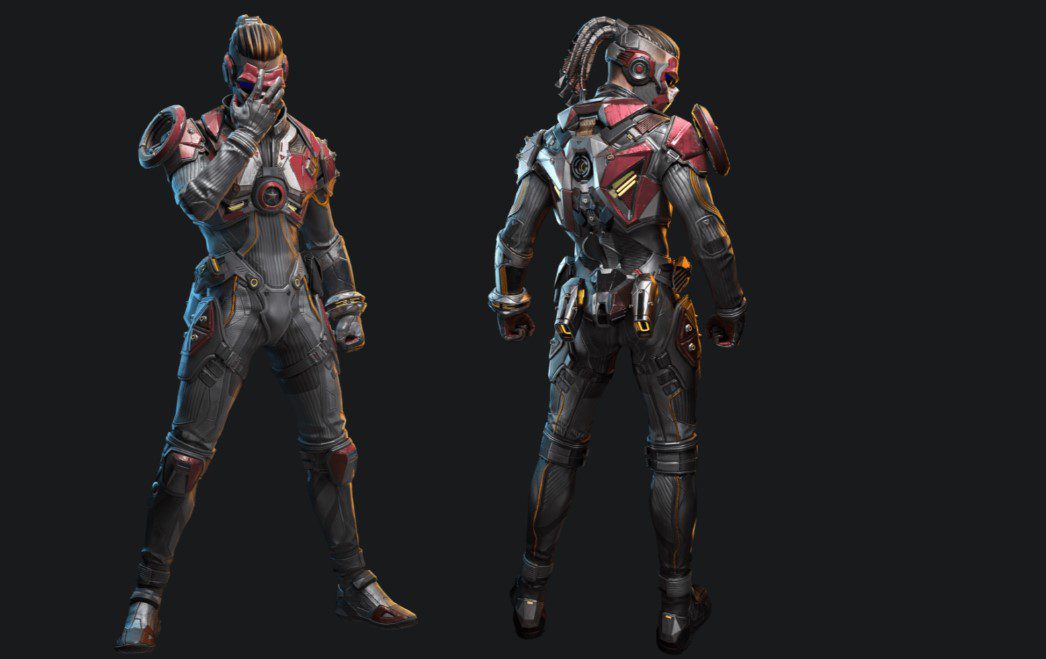 Some of the Apex Legends Mobile æsthetics

With the debut of this new mobile title, players will get the chance to meet a totally new character —it’s not on the PC/Console version— called Fade. Who’s Fade, you might ask? Well, Fade is a fast and dexterous attacker that slides on the ground. His tactical skill is a flashback that lets him teleport a couple of seconds in time back to his previous location. And his ultimate ability freezes enemies on the spot with a mega blast. That blast disables them, and they cant deal or take damage for a few moments. A nice ability for taking out a troublesome foe during an intense stand-off.

Fade joins a roster of nine other legends: Wraith, Mirage, Gibraltar, Octane, Pathfinder, Lifeline, Caustic, Bangalore, and Bloodhound for a total of nine playable characters. Each with its own tactical attack and special and particular skills.

Will There Be Cross-Play For Apex Legends Mobile?

The short answer is “not yet”. But there are cross-saves and cross-progression between Android and iOS versions of this title. You will need to link your Facebook, Game Center or Google Play accounts to do this. After that, your progress will be synchronized across both platforms.

The debut season of Apex Legends Mobile will be called “Prime Time”. Furthermore, you can earn lots of rewards if you complete the daily challenge. And some of these rewards are skins, banners, emotes, and weapons. If you really outdo yourself, you can win the Battle Pass. Still, if you want to buy the Battle Pass, you can do that as well and surpass ten levels right away. This eases the path to legend status.

Apex Legends Mobile lands with a couple of modes. First and foremost, we have Battle Royale, which you will play on the World’s Edge map. Secondly, you will have a 3v3 arena close combat mode. Just like in the Console and PC, these arena iterations rotate. Thirdly, you have a unique Team Deathmatch mode that is only available in the Mobile version with an uncanny map rotation.

What Is the Team Deathmatch Map Rotation in Apex Legends Mobile?

The Team Deathmatch map rotation included Market, Thermal Station, Skull Town, and Artillery. As stated earlier, this game mode is unique to the mobile version. Additionally, another cool feature that’s only available to this version is first-person or third-person perspective play.

And what makes it even better is that if you choose one mode, you will only play against those who choose the same perspective as you. That way, you won’t have any disadvantages with gameplay. Also, the moment you start playing, you can pick your experience level, so you don’t get your butt kicked so much if you’re a newbie, or avoid the noobs if you’re a seasoned player.

How will this game fare with players is up for grabs

Is Apex Legends Mobile A Copy Of The Console Game?

In any case, this game isn’t an exact copy of its console and PC predecessor. The devs had to build it from the ground up, and the mobile experience is a different thing. Just ask anyone who’s a top-level player in Call of Duty on console to perform as well on a mobile device. It’s simply not the case. But that’s just for another story. That’s all the time we have for now, thanks for your attention. And happy hunting!