How Did Gyutaro and Daki Become Demons? The Tragic Backstory of Demon Siblings

Gyutaro and Daki were the Upper Moon 6 Demon with the most tragic backstory. Here's how they became demons. 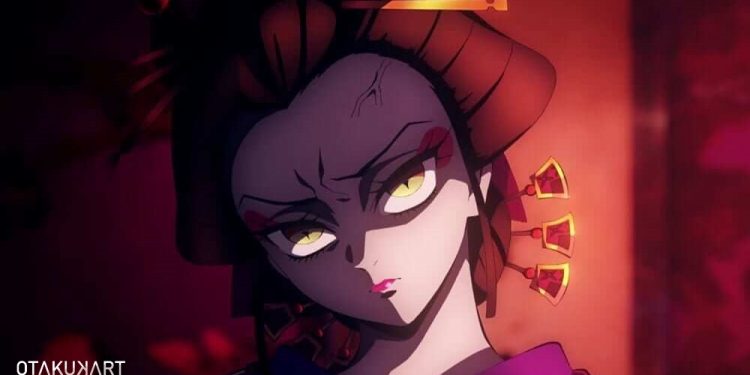 How did Gyutaro and Daki become demons?

Gyutaro and Daki are the two Upper Moon six demons who have haunted the streets of the Entertainment district for decades. It’s no secret that the glamorous and flamboyant district has a dark and bloody side that often gets ignored. However, the high-ranking officials couldn’t care less about the lives of the women working there, resulting in frequent murders and suicides that no one talks about. Could there be any better for these demons to stay unnoticed?

Were Gyutaro and Daki always the heartless tyrants we see in the series? No. The coldness of their circumstance forged them in a way that the demon siblings didn’t regret becoming a demon even on their deathbed. They loathed humans to the extent that killing them became an addiction that they simply couldn’t resist. Here, we have brought together everything about Gyutaro and Daki’s early life and how did they become demons. The article is full of manga spoilers, so read accordingly.

What was Daki and Gyutaro’s Real Name?

If you think Daki is an awful name, then think again. Daki was originally named Ume after the disease that killed their mother. On the other hand, Gyutaro spent his days in the dirt playing with a sickle, and no one really cared about his name. It seems that a decent name is a luxury that the lowest castes of the Entertainment district couldn’t afford to have. People treated them as nothing more than live stocks and left them to die in the end.

Gyutaro grew up in misery, despair, poverty, and all other awful human emotions you can think of. Despite being the miserable and dirty creature that everyone hated, Gyutaro wasn’t ashamed of his ugliness. With his beautiful sister by his side, he gradually lost her sense of inferiority. Ume (or Daki) soon became the limelight of the Entertainment district and was expected to become a prosperous oiran someday. Meanwhile, Gyutaro was good at fighting, so he went on to become an arrogant debt collector. However, things didn’t go the way he would have wanted.

How Did Gyutaro and Daki Become Demons?

One fateful night, young Ume stabbed her customer’s eye with a comb for delaying her payments. Maybe Gyutaro’s barbarousness had seeped into Ume’s soft nature over time. To her dismay, the customer turned out to be an influential shinobi. He eventually caught her and burnt her alive. When Gyutaro arrived, he was left with nothing but the burnt body of his dying sister.

Gyutaro cursed the Gods for taking away the only person he treasured. He immediately killed the man who was responsible, but that didn’t fill the irreparable void within him. Not a single human stepped forward for them, and that’s enough reason to develop an eternal grudge over this apathetic race. It started to snow, and not even the weather showed them any mercy in their final moments. Just when everything was lost, Upper Moon 6 demon Doma showed up and gave them a second chance as demons. He gave Gyutaro and Daki his blood, thereby turning them into potent demons who soon rose up to the ranks of 12 Kizuki.

Who Killed Gyutaro and Daki as Demons?

Tanjiro, Inosuke, Zenitsu, and Nezuko fought alongside the Sound Hashira to save the Entertainment district from Gyutaro and Daki. After a long and tiring battle, Tanjiro beheaded Gyutaro with his Nichirin sword. At the same time, Zenitsu and Inosuke teamed up against Daki and sliced her head off with their perfectly coordinated attack.
The demon sibling spent his final moments cursing each other for being the reason for their defeat. Tanjiro stopped them and reminded them how much they meant to each other. Gyutaro slowly remembered the happy moments they spent together and the promises they made. “The one regret of my life is how I failed you,” these were some of Gyutaro’s final words to her sister before disintegrating into ashes.

Also Read: Who Will Win the Tengen Uzui vs. Gyutaro Fight in Demon Slayer? A Complete Analysis

How Did Luffy Get His Scar in One Piece?