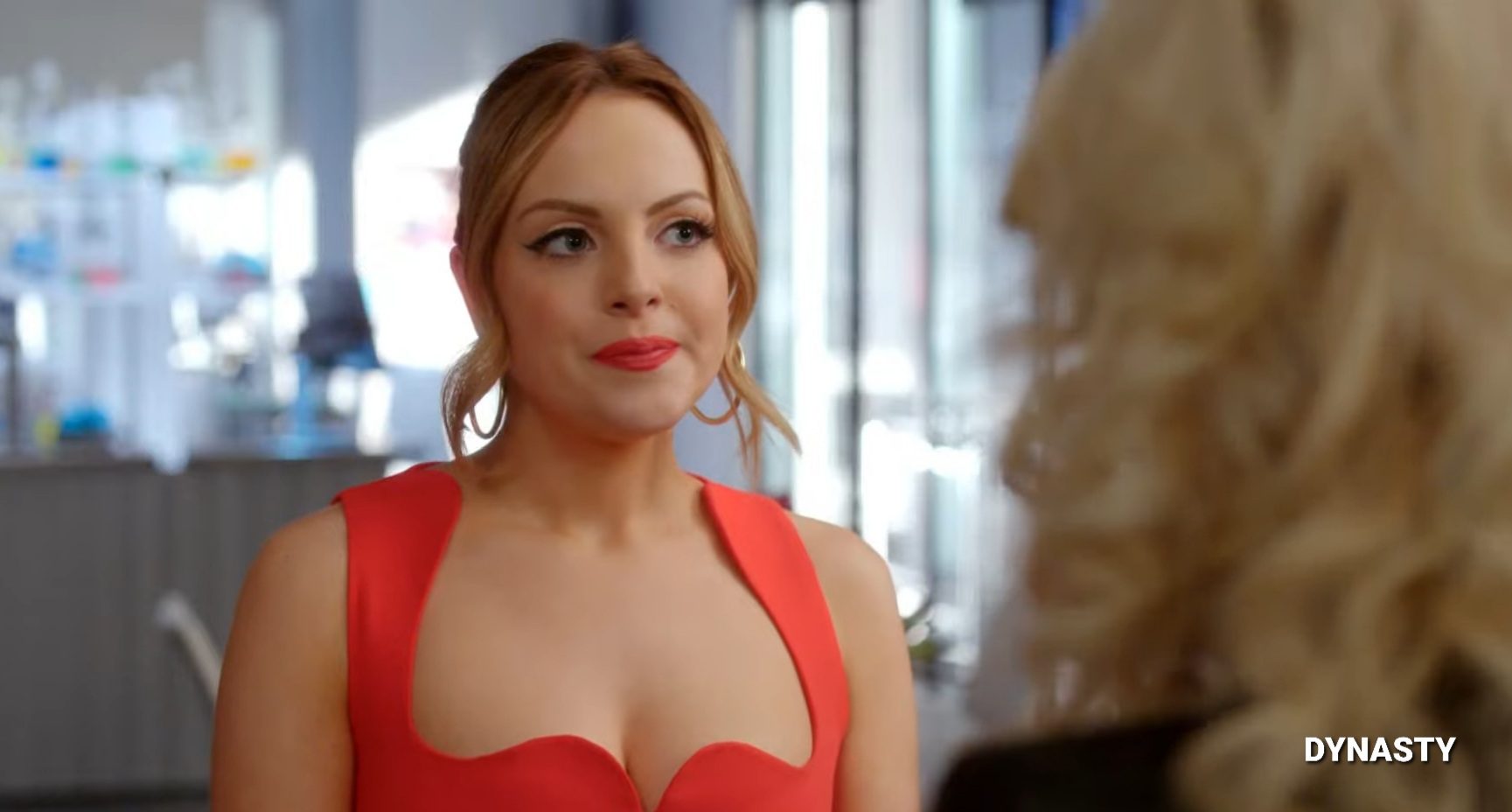 Dynasty Season 5 Episode 10 will arrive next week, and the promotional material sheds some light on what’s coming next on the show. However, before we dive into the spoiler segment, let’s recapitulate what happened in Dynasty S05E09. In the previous Episode, we saw Blake and Cristal attend a Yale reunion. Meanwhile, Alexis faces a setback with her “miracle cream” launch. Amanda’s suspicions regarding Charlie grow even stronger. Jeff, meanwhile, seeks to find the truth behind the recent events. Fallon, on the other hand, receives some bad news.

The prime focus of the Episode was what the title suggested — the growing intimacy between Amanda and Kirby. Amanda has been down bad for Kirby, and she finally came through with the confession. And the two kissed! It’ll be interesting to see where this new development leads us, given the three-sided polygon it creates. How do these two contend with their feelings while also taking Charlie’s consideration? Meanwhile, the other major plotline involved Jeff setting his aim at Plenexia. Following this battle would be pretty interesting as well.

Let’s now delve into all that Episode 10 of Dynasty Season 5 will entail. Spoilers ahead!

Dynasty Season 5 Episode 10 will release on May 6, 2022. The official synopsis for the upcoming Episode reads, “As the filming of Liam’s movie begins, things don’t go exactly as planned; Sam wants to celebrate some good news; Fallon turns to Alexis and Dominique for business help; Jeff seeks out help from a most unexpected source.” Titled “Mind Your Own Business,” the Episode is directed by Heather Tom, with the teleplay from Katrina Cabrera Ortega. Apart from the synopsis, we don’t really get any significant amount of spoilers or previews from the trailer. It’s a short clip comprising of just two sentences from Fallon.

Is there a Trailer for Episode 10?

Dynasty Season 5 Episode 10 will air at 9:00 pm ET next Friday on The CW. New episodes of the show air on the network every Friday in the United States. The online alternatives to watch the show include CWTV.com and the official CW app. Each new Episode drops on these platforms shortly after airing on TV. Additionally, you also have the option to catch new Dynasty episodes via live TV services like DirecTV, Hulu+Live TV, and YouTube TV.

With a total of 22 episodes, we’re almost halfway through the current Season. We can expect the entire Season to be available to stream on Netflix once it finishes airing on The CW. There’s still a long time until that, and in the meantime, you can binge all previous seasons on the streamer right now.

Also Read: Series Similar to Dynasty That You Should Know About