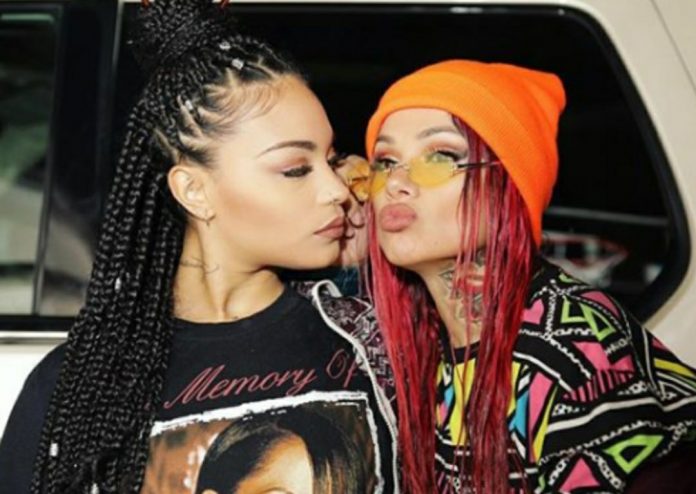 Did Snow Tha Product and Juju break up in 2022? Let’s learn a bit about them before knowing what they are up to in their personal life. Starting from the basics, Snow Tha Product is originally known as Claudia Alexandra Madriz Meza. She is one of the most famous American rappers, known for her singles – Oh My Sh*t, Tell You Like This, How I Do It, Oh My Way, I Scream, Say Bit*h, Bet That I Will, and many more. On the other hand, Juju has gained massive prominence by dating the rapper. Her real name is Julissa Aponte.

Talking about their relationship, Snow Tha Product and Juju started dating each other back in 2017. With several years of togetherness, both of them have made headlines for quite some time. Fans showered them with loads of love whenever they appeared together. However, lately, people are showing their concerns about their romance, suspecting that the rapper has ended their relationship with her partner. Let’s dive into this article to learn did Snow Tha Product and Juju break up in 2022?

Did Snow Tha Product and Juju Break Up in 2022?

Yes, Snow Tha Product and Juju have broken up in 2022. Everything goes very easily in the beginning. But, in the end, issues start appearing. Similarly, Snow Tha Product and Juju were having rough months, which caused their split. This year, at the end of March, the rapper shared the news of their break-up by posting various stories on her social media. Talking about the rapper’s sexuality, she appears to be very ambivalent.

The major reason for their break up is still kept under the wraps. It’s been more than a month that Snow Tha Product and Juju aren’t dating each other. Fans did love the duo as a couple. Despite having so much love for each other, there still lies a question about what went wrong between them. Since they are adults and both are consenting, it’s acceptable. Instead of finishing off things harshly, the rapper and her partner have decided to part their ways for good. But, it’s very saddening for the fans! Knowing things, fans are still wondering the reason why their romance didn’t last forever.

Talking about Snow Tha Product and Juju’s relationship, it was going pretty well during the first few years. After dating for a couple of years, on 10 July 2019, Juju proposed to her romantically. Fans were very happy with the news of their engagement. They even shared a Youtube channel with the name ‘everyday days.’ To date, it has garnered over 384K subscribers.

Also Read: Did Jana Kramer Break Up With Ian Schinelli? What You Need to Know

Moving on with Snow Tha Product’s music career, she has served for Atlantic Records from 2012 to 2018. Thereafter, she started pursuing it as an independent artist. The rapper gained massive fame for her compilation album VIBEHIGHER and not to forget about her mixtape titled Good Nights & Bad Mornings 2: The Hangover. Considering you as one of her fans, which one did you like more?

Back in 2011, she released her debut studio album, Unorthodox, and it was too popular. Some of the hit songs of this rapper are Dale Gas, Getting It, Gaslight, Nowhere To Go, Really Counts, Shuttup, Get Money, Joder, and many more. You must follow her Youtube channel, having more than 1.91 million subscribers. Try out this video attached below. To date, it has accumulated over 817K views.

Indeed, Snow Tha Product is very successful in her professional life. The youngsters do love the way she raps, and the words are pretty much relatable. Best Wishes to the rapper for the upcoming days of her career. We are eagerly waiting for the release of her next work. With regards to her personal life, both Snow Tha Product and Juju, hopefully, have moved on in their lives.