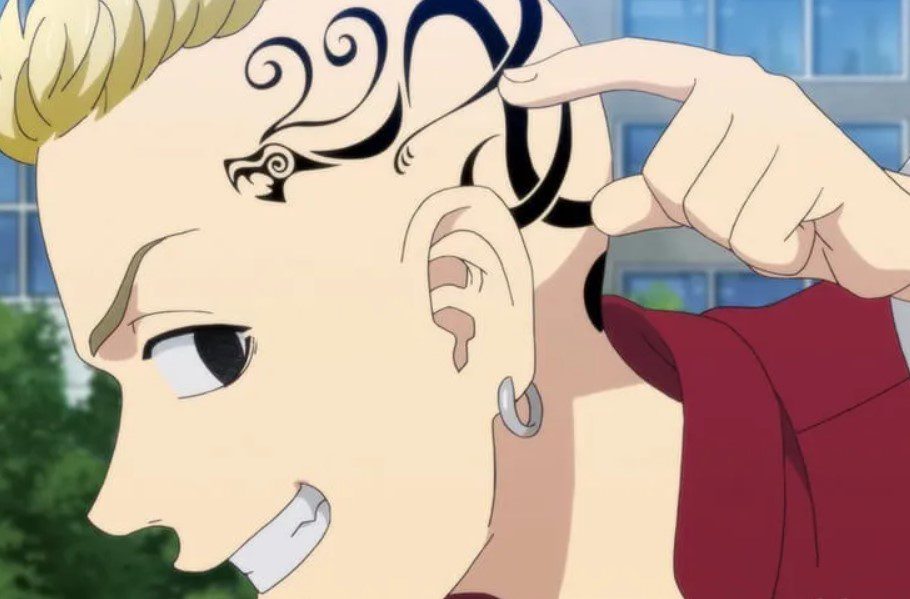 We all know that Draken has passed away in the previous arc of Tokyo Revengers, but his tattoo is one of the coolest tattoos. Draken was also feared and known because of his tattoo, and those who have forgotten him will see his tattoo and remember that it is that powerful Draken from Toman. Draken’s tattoo is one of the most iconic tattoos in Tokyo Revengers. The Dragon tattoo is on the side of Draken’s head that remains bald with blond hair on top of the scalp that looks like a mohawk cut. 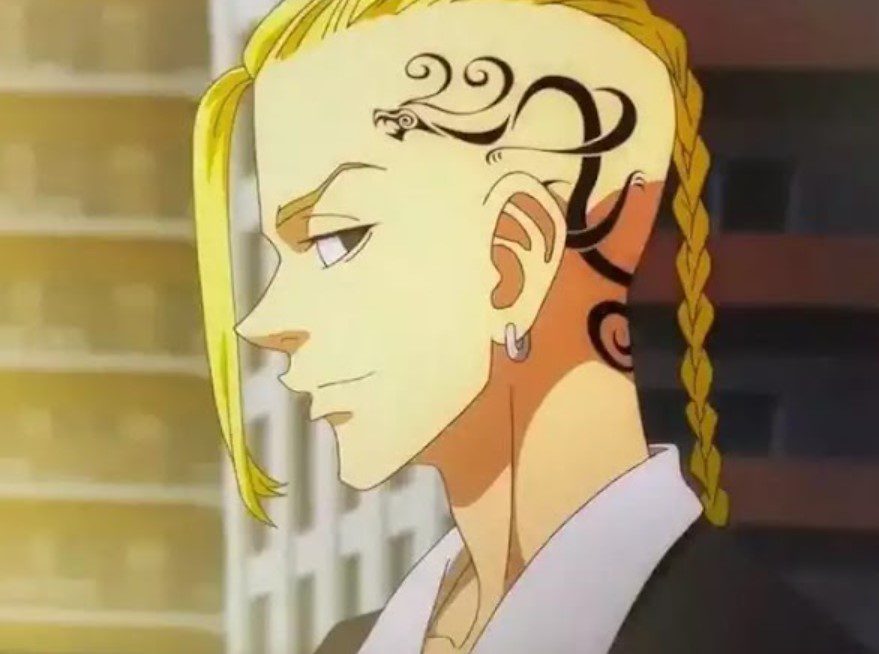 This tattoo has meaning since dragons are the protectors and deities, and Draken was the protector of his friends, like when he protects Takemichi and Mikey during countless battles. The dragon tattoo also symbolizes how strong Draken was during his prime time. 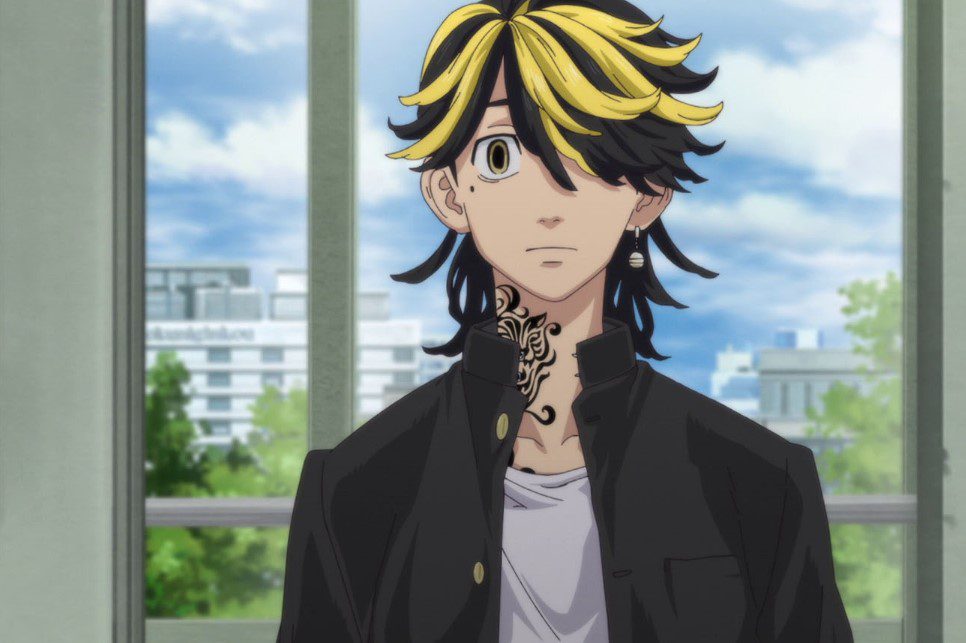 Kazutora’s tiger tattoo is on the right side of his neck, and it is notable. This tiger tattoo is suitable for Kazutora’s name since he is strong and courageous like a tiger. He has shown this during the battle between Toman and Valhalla gang. The tiger tattoo also symbolizes the life span of Kazutora, and we have seen him facing all the hardships and his faults.

Minami Terano, aka South Terano, is the formidable leader of the Rokuhara gang, and his strength increases during the battle. He has a tattoo that starts from the left side of his head and goes down his beck and reaches his chest. This tattoo made him fearsome, and it is one of the best and coolest tattoos among Tokyo Revengers bosses. Unfortunately, we are unaware of the name of the tattoo, but it has a meaning and represents who South Terano is. 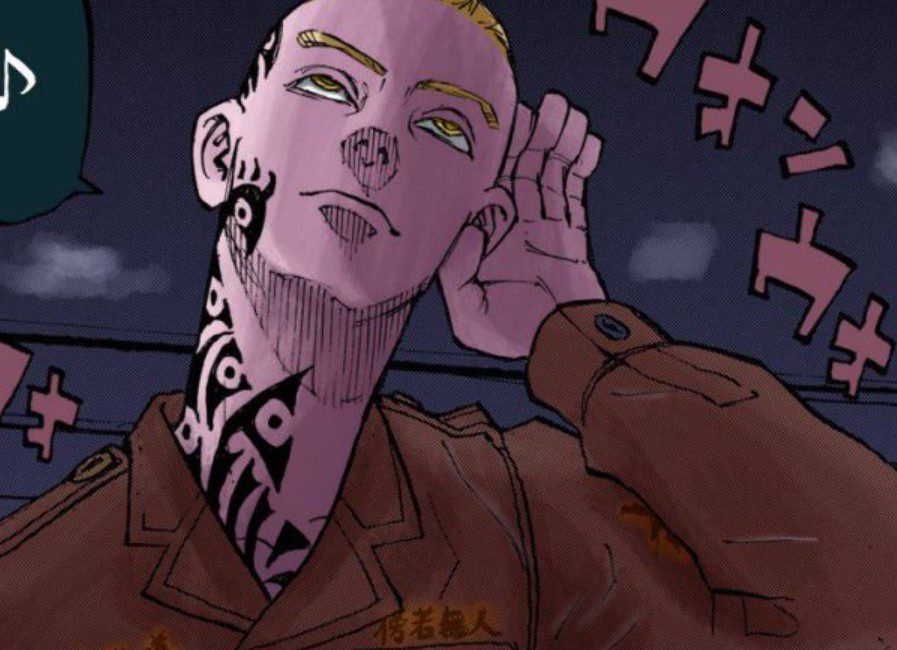 South Terano is a tall, muscular guy who faced three powerful members of Brahman, but Mikey trashed him. We have seen how strong South Terano was, and we also know about his strength since this was revealed during the battle of their deities.

A Lion tattoo is one of the coolest tattoos that many people would like to have since they know that lion is the king of the jungle. This tattoo reveals Shion’s life and strength, par of Lion. Shion loves to fight like a lion protecting its territory, earning him the title of the “Mad Dog.” He is one of the characters that love to fight for various reasons, and he remains loyal to his friend and his gang.

Shion never backs down from a fight, just like a lion that can’t accept defeat. Shion’s lion tattoo is drawn like Draken’s tattoo, but it goes down to his left side of the neck, making him look intimidating when he is in the middle of a battle or a crowd. 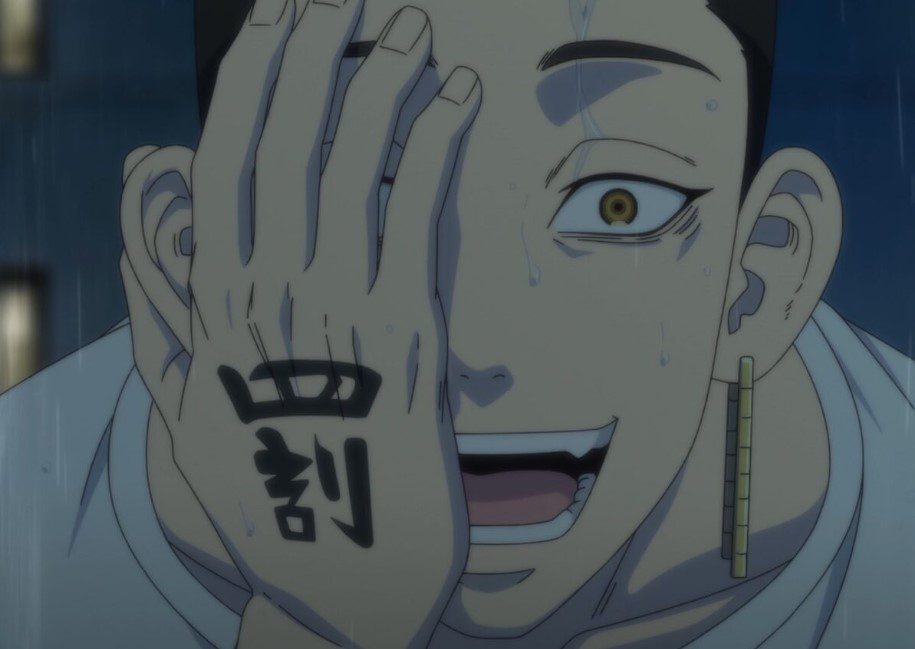 We saw Shuji punishing other members of gangs and making sins when he tricked Takemichi and his friends. He is known for his reputation because of the tattoo on the back of his hands. Shuji played an important part in various arcs, and he kept showing his hand tattoo every time.

Taiju Shiba was a head of Black Dragons and had the coolest two tattoos from his neck and the other from his chest. His two tattoos symbolize brutality and his abusive behavior. During battles, Taiju loves to beat his opponents to a pulp, and he has helped the 10th Generation Black Dragon gang during training and reformed it to be a powerful army. He is known for his strength and abusive behavior and always beats his siblings over little things. 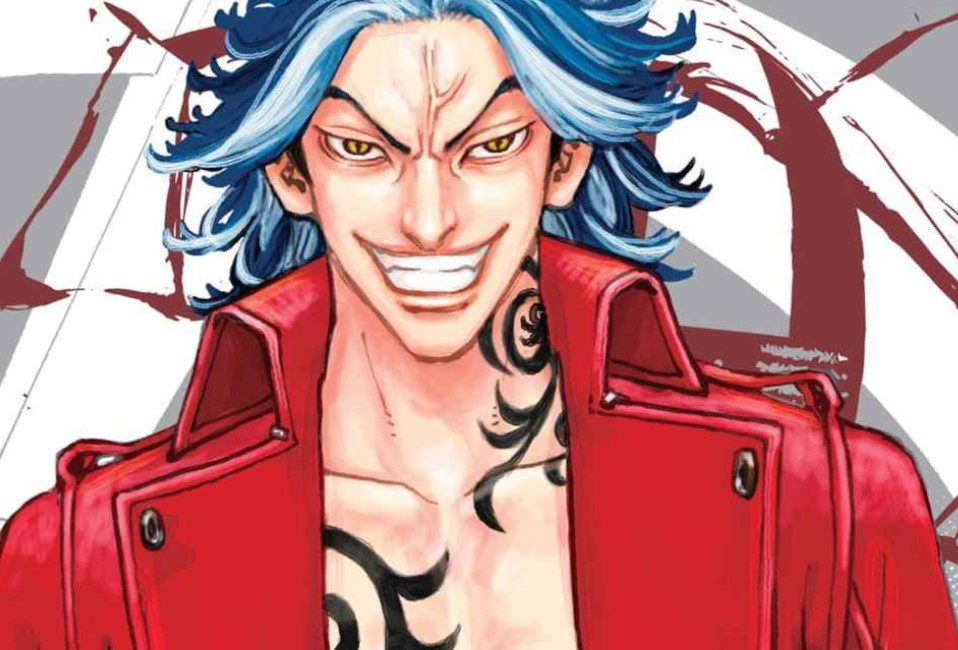 Chonbo Kurenji is a member of Valhalla and its captain, who played an important role during the various battles. Kurenji is a tall man with bushy eyebrows. His tattoo runs from the top of his left eye and reaches his chin. Kazutora knows Chonbo to be a capable fighter and one of the strongest guys in local juvenile detention. Chonbo’s tattoo also represents how strong he is. 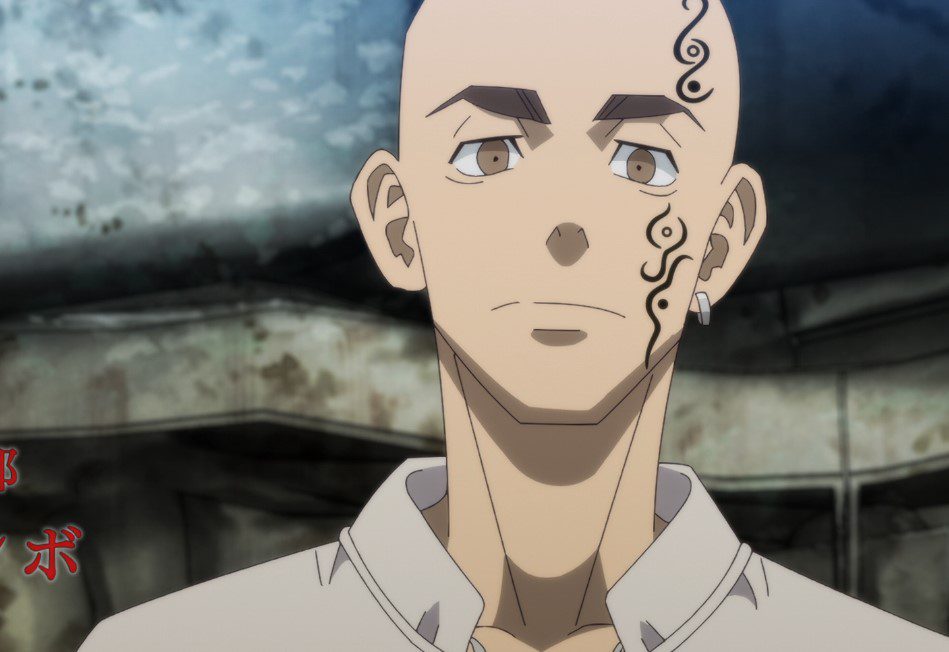 Rin and Rindou have duo tattoos named after their surname. The two have tattoos of Bell Flower on their back, and another different tattoo is on their chest. It is rare to see their tattoos unless they are topless. The Haitani brothers are stubborn, and during battles, they take time to join the battle, and we have seen this when Toman battles Valhalla. These two brothers are strong, but one is on another level, and they help each other if one makes a reckless decision. 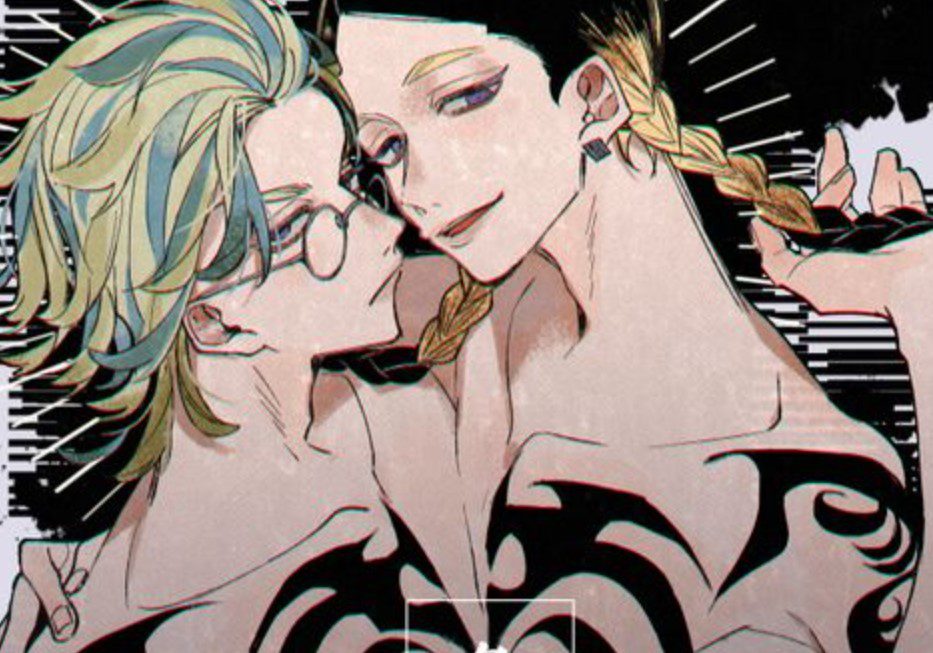 Keizo Arashi, also known as Benkei, was a member of Guard Unit Captain of Black Dragon. He was a former executive in Brahman. He later joins Senju and becomes a member of Brahman. Benkei earned his rank when he was President of Ragnarok, and he played an important role during the battle of the three deities. We have seen him fighting with Terano, but after a long battle, Terano defeats them, and Mikey finishes the battle. 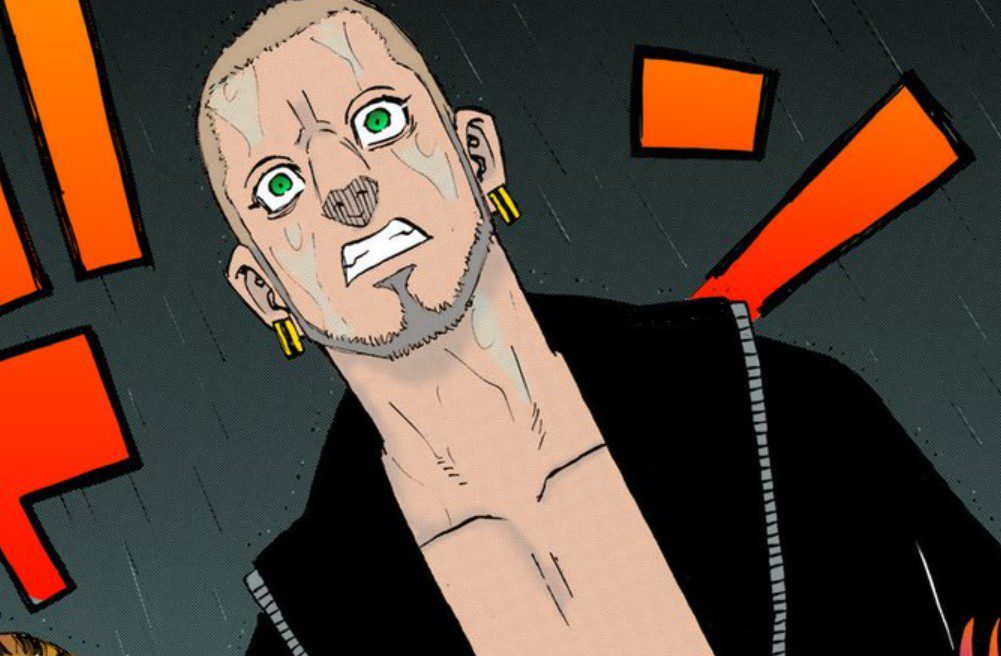 Also Read: Anime Like Yosuga no Sora That You’ll Love