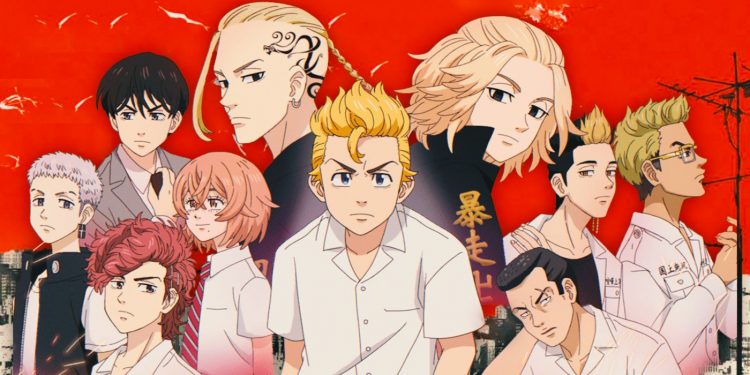 Tokyo Revengers is one of the popular anime of 2021 and Season 1 is still on the trending list. It’s a time for Season 2 to shine equal to or more than equal to Season 1 but for now, we have to wait for season 2. Tokyo Revengers Season 2 is going to be interesting because of the unexpected twist in the ending scene.

After the completion of Season 1, viewers are excited to know when Tokyo Revengers’ anime team will start working on Season 2. Here is a piece of good news for you guys, Tokyo Revengers Season 2 is confirmed. And the Christmas Conflict Arc is going to be part of Season 2 under the production at Jump Festa 2022. That’s completely a positive sign for all of us. If you guys are interested to watch a PV released by Tokyo Revengers’ official youtube channel then you can click on the below link.

Tokyo Revengers revolves around Takemichi Hanagaki. And after the death of Hinata Tachibana, he got another chance to save her from unexpected death. His time-traveling in past would help him to change the future for Hinata and for himself too. And after the confirmation of season 2 and the news shared by them, gives hope to viewers of Tokyo Revengers season 2.

We have also seen that Tokyo Revengers season 1 was not entirely following the manga’s story. So there is also a high chance that they will try to play with the storyline in season 2. There is also a high chance that we will get Season 3. Because, in Japan, a total of 25 volumes are already been published. And the last episode of season 1 had hardly been covered up till the 8th volume. So that means, they have enough materials to extend the anime series till season 3. And if the author continues to publish and japan gets more materials then there is also a chance where we can expect season 4 of Tokyo Revengers.

After the confirmation of season 2, the release dates for season 2 are not shared by the production. But if we look into the record, where the announcement for Tokyo Revengers season 1 in June 2020 and the releasing date in April 2021. This gives us a rough idea about season 2 and according to that, we will get season 2 at the end of 2022 or the beginning of 2023.

Where you can watch Season 1 of Tokyo Revengers?

After hearing about the exciting news, every Tokyo Revengers fan like me would like to watch season 1 from episode 1. So, if you are planning to watch season 1 by using some trustable streaming platform. Then here are 4 valuable platforms that you can use any time just you have to subscribe first by using your email id. That will help you to other anime like My Hero Academia, One Punch Man, Demon Slayer, and many more.

BTS Suga Tests Positive For COVID-19 After Returning From US