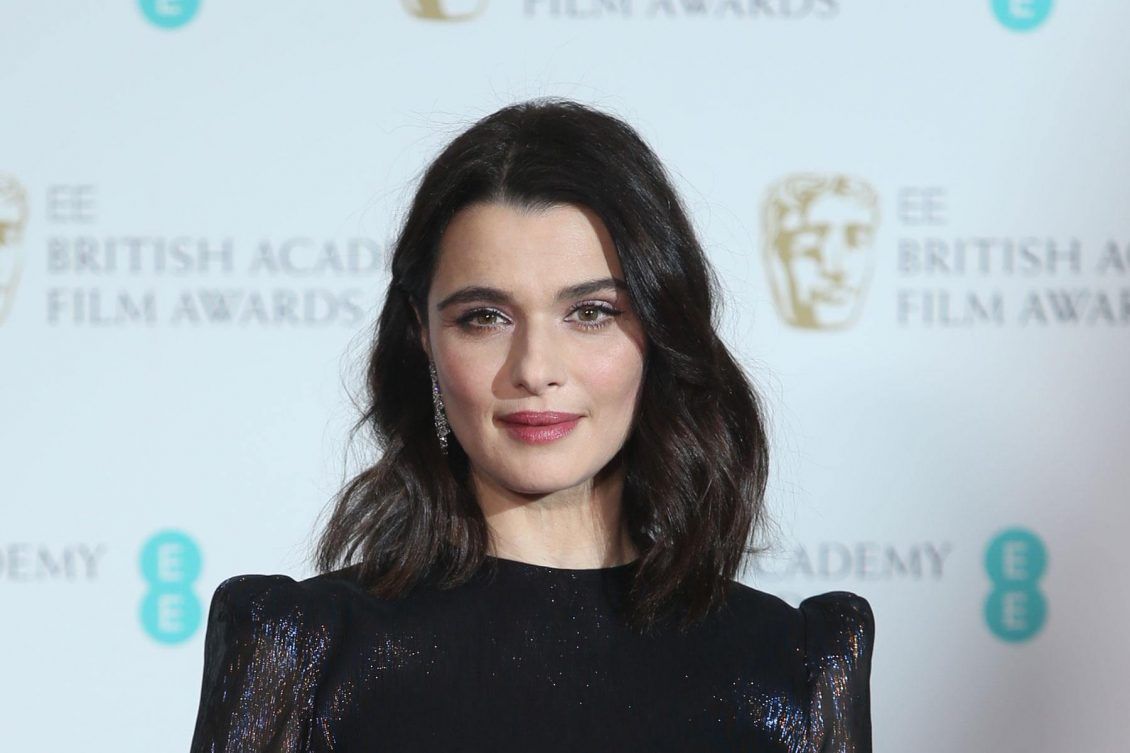 Rachel Hannah Weisz, or as we all know, Rachel Weisz is a popular English actress who has won many awards, including the Academy, Golden Globe, Screen Actors Guild, Laurence Olivier, and a British Academy Film Award. Rachel began her career in the 90s through the 1994 film Death Machine. Her first award was the Critics’ Circle Theatre Award for her role in Design for Living. Her popular films include The Mummy, The Mummy Returns, Enemy at the Gates, About a Boy, Constantine, The Fountain and The Lovely Bones. Let us look at the detailed list of the best Rachel Weisz Movies and TV shows.

The latest role played by Rachel is her role as Melina Vostokoff in the Marvel film Black Widow. Over the years, Rachel has played major roles in many great films, and if you are in search of the best Rachel Weisz movies and TV shows, then you are in the right place as we’ll be looking in detail on the same. While preparing the list, we have gone through many movies and series that she was a part of. We would like to acknowledge that we have tried to include the best, in our opinion, and these movies and TV shows haven’t been ranked. 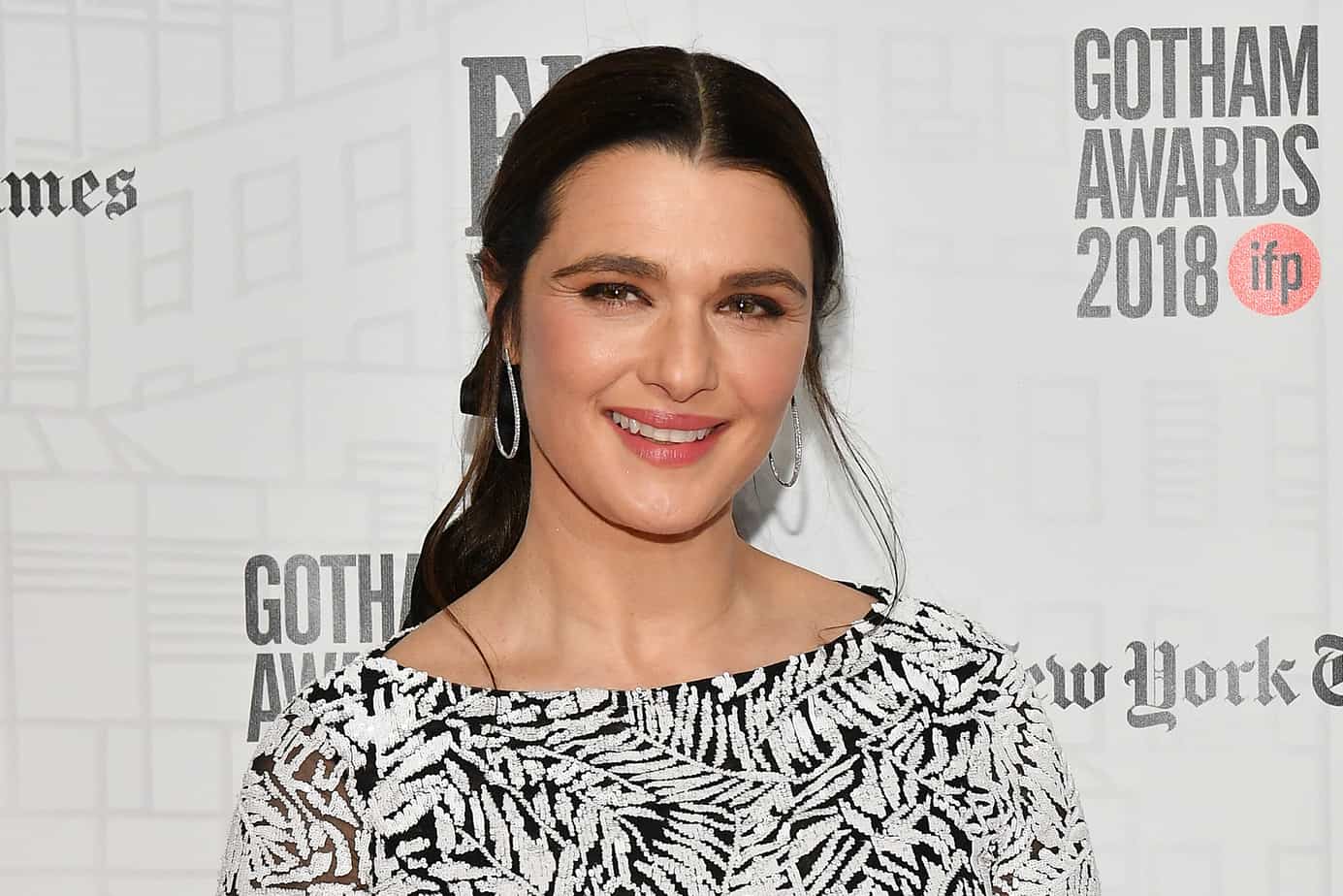 Released in 1999, The Mummy may have at least gone through every movie fan at least once in their lifetime, and if not, we are here to tell you about the movie—starring Vrendan Fraser, Arnold Vosloo, and John Hannah other than Rachel Weisz. In Mummy, Rachel plays the role of the clumsy Egyptologist Evelyn Carnahan.

Evelyn gets a box containing the map to Hamunaptra, a legendary city of the dead, from her shady brother Jonathan, who stole it from American adventurer Rick O’Connell. Stephen Sommers was the one who wrote and directed The Mummy. The movie was a remake of the 1932 film of the same name. 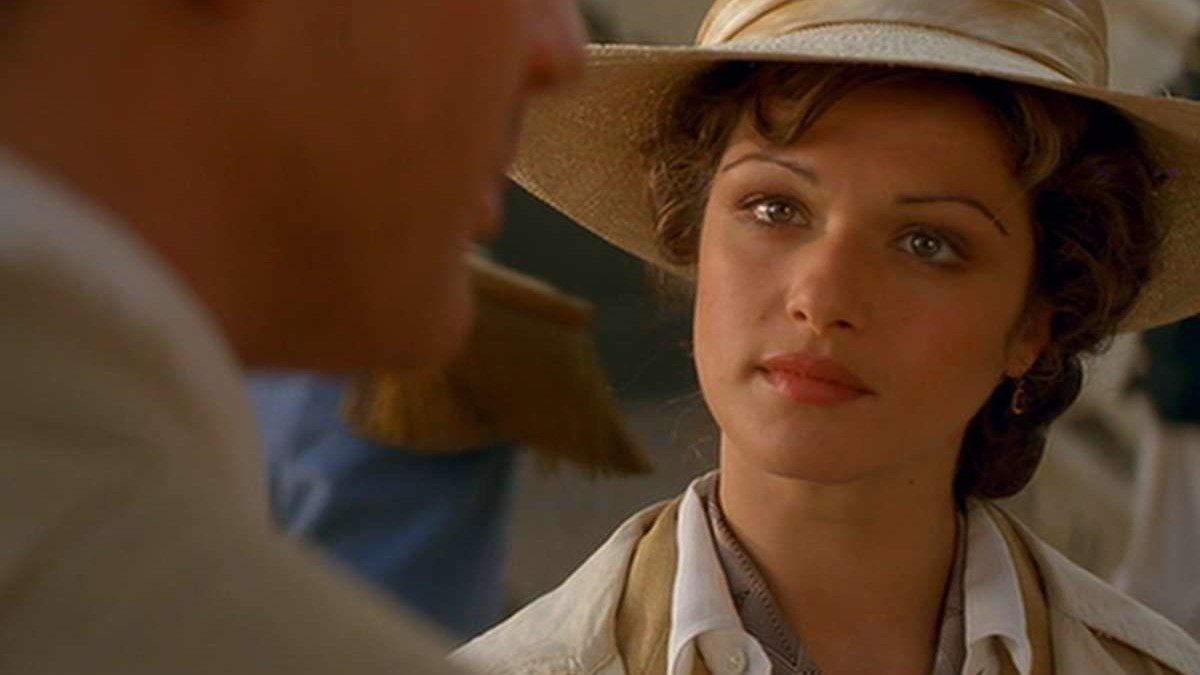 In Mummy, Rachel plays the role of the clumsy Egyptologist Evelyn Carnahan.

Rick soon gets to contact Evelyn and her brother and offers to take them to the City of the Dead. Upon their exploration, they accidentally awake the Imhotep, a cursed high priest who has supernatural powers. Despite mixed reviews from critics, The Mummy was a commercial success and grossed over $416.4 million worldwide, and soon got the sequels The Mummy Returns, The Mummy: Tomb of the Dragon Emperor, an animated spinoff, and a prequel The Scorpion King.

Also Read: Where Is The Mummy Filmed? Locations Of The 1999 Action-Adventure Movie

The 2005 drama The Constant Gardener is about a British diplomat Justin Quayle played by Ralph Fiennes, who attempts to solve the murder of his wife, Tessa, played by Rachel Weisz. Tessa is an Amnesty International activist whose body was found in the African wilderness. The movie travels between the past and present events where Rachel appears once in a while in the past events. 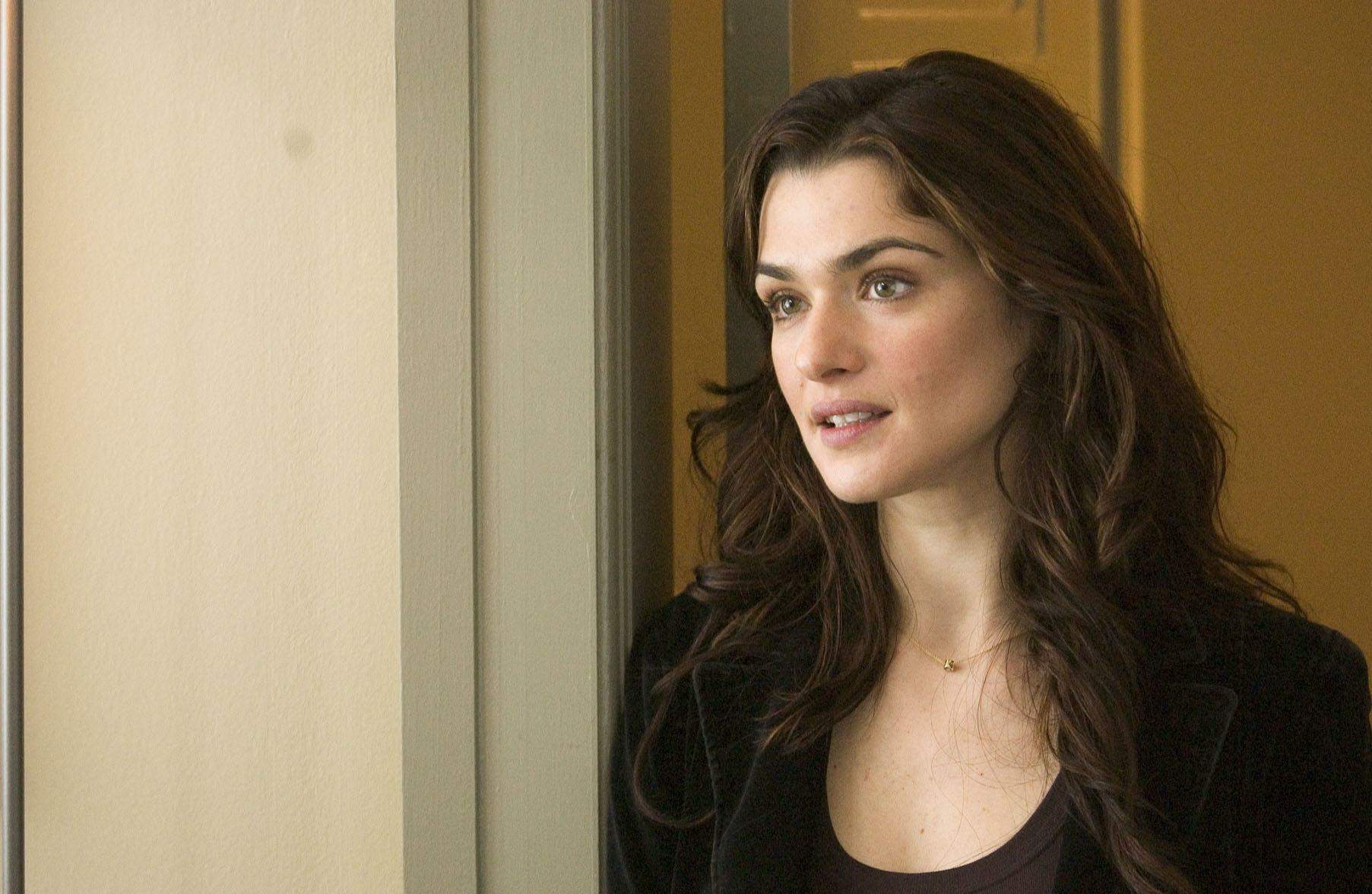 The Constant Gardener is about a British diplomat Justin Quayle attempts to solve the murder of his wife, Tessa, played by Rachel Weisz.

The Constant Gardner is a political thriller full of twists, turns, and disturbing revelations, and if you are a fan of these genre films, then you should try watching this movie. Directed by Fernando Meirelles, based on the screenplay by Jeffrey Caine, the movie is based on the novel of the same name written by John le Carré. The Constant Gardener helped Rachel Weisz to win her first Academy Awards for Best Supporting Actress, making it one of the best among her list of movies and tv shows.

The 1994 film The Death Machine is the first film of Rachel Weisz, where she starred along with Brad Dourif, Ely Pouget, John Sharian, William Hootkins, and Richard Brake. Since this movie is her first one, she didn’t have a major role and had only appeared in the role of a Junior Executive. Still, this Cyberpunk Horror movie is worth watching if you are a Rachel Weisz fan.

Along with Rachel, this film is also the debut of Stephen Norrington as director. The movie was also in the limelight for controversy when it was released, where the audience criticized the movie for the excessive violence and Dourif’s character and was banned in several nations, including Sri Lanka, China, Iran, China, Iraq, and Australia.

The Favorite is a 2018 film based on 18th century England. Directed by Yorgos Lanthimos, based on the screenplay from Deborah Davis and Tony McNamara, The Favourite is a period black comedy. The film’s plot examines the relationship between cousins Sarah Churchill, Duchess of Marlborough, played by Rachel Weisz, and Abigail Masham, played by Emma Stone.

Together, they are vying to be the Court favorite of Queen Anne, played by Olivia Colman. The Favourite was premiered at the 75th Venice International Film Festival on 30 August 2018 and had won the Grand Jury Prize. Olivia Colman won the Volpi Cup for Best Actress. The Favourite‘s plot examines the relationship between cousins Sarah Churchill, Duchess of Marlborough, played by Rachel Weisz and Abigail Masham.

The Favorite was one of the best Rachel Weisz Movies and TV shows, as it was a box office success, grossing $95 million worldwide for the $15 million budget. The movie also won numerous awards, especially for the three leads. Theses include ten Academy Award nominations, seven BAFTA Awards, where Rachel won BAFTA for Best Actress in a Supporting Role, and ten British Independent Film Awards.

Released in 2015, The Lobster tells the story set in a dystopian world where it follows David, played by Colin Farrell and short-sighted woman Rachel Weisz. Together, they work for a meaningful relationship in 45 days or is turned into an animal of their choice. It is Co-Written and Directed by Yorgos Lanthimos. The Lobster tells the story set in a dystopian world where it follows David, played by Colin Farrell and Short-Sighted Woman Rachel Weisz.

Black Widow will be a great treat for Rachel Weisz fans, who are also Marvel fans. Released in 2021, Rachel appears as Melina Vostokoff. While the movie is based on the Marvel Comics character Black Window, her performance as Melina is widely appreciated. Black Widow is the 24th film in the Marvel Cinematic Universe (MCU). 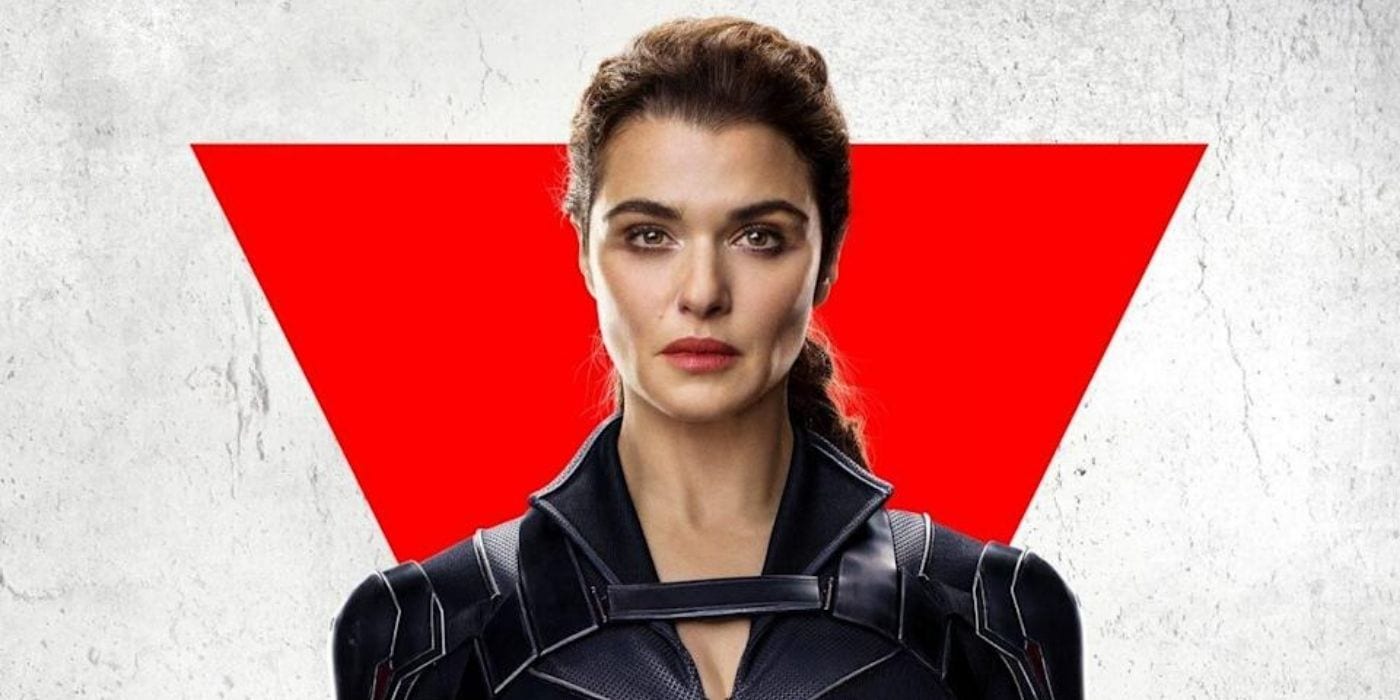 Directed by Cate Shortland, based on the screenplay from Eric Pearson, the movie stars Scarlett Johansson as Natasha Romanoff aka Black Widow, Florence Pugh, O-T Fagbenle, David Harbour, Olga Kurylenko, William Hurt, and Ray Winstone. The events in the movie take place after the events of Captain America: Civil War, and we will see Natasha confronting her past.

Also Read: Black Widow End Credit Scene: What is the Future of the MCUs Black Widow?

Oz The Great And Powerful

The film tells the story of Oscar Diggs, a magician who arrives in the Land of Oz. Upon his arrival, he gets to meet three witches of the town; Theodora, Evanora, and Glinda. It becomes the responsibility to restore the order in Oz, at the same time trying to figure out the conflicts between the witches. Oz the Great and Powerful was released in 2013. Despite receiving mixed critic reviews, the film became a box-office success and grossed over $493 million worldwide against a $200 million budget, becoming the 13th-highest-grossing film of 2013.

Based on the John Grisham novel of the same name, Runaway Jury stars Weisz and John Cusack as two con artists who manipulate the jury of a high-profile trial. The legal thriller was released on 17 October 2003. If you are interested in watching the movie, you can stream it through Amazon Prime Video. 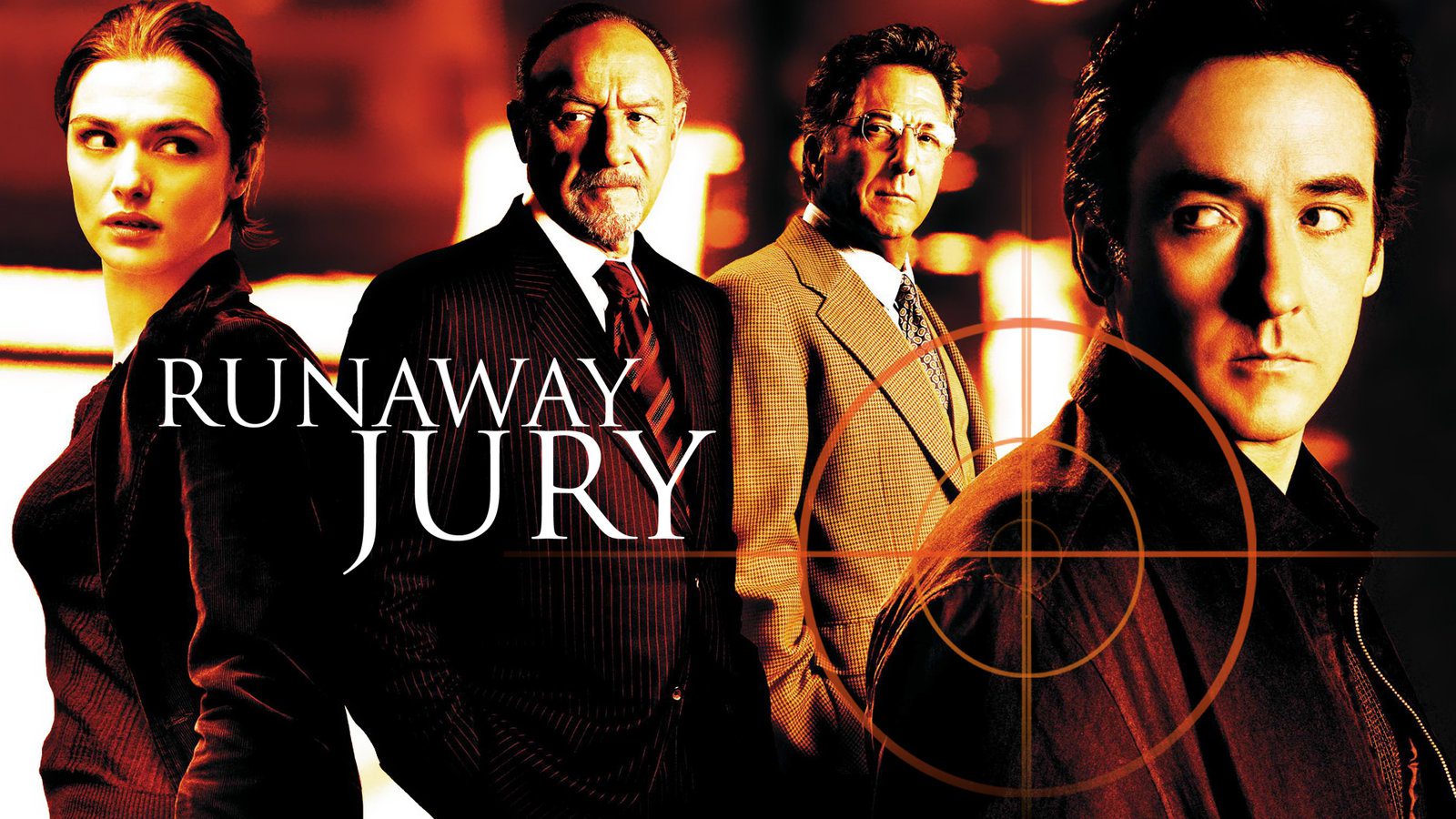