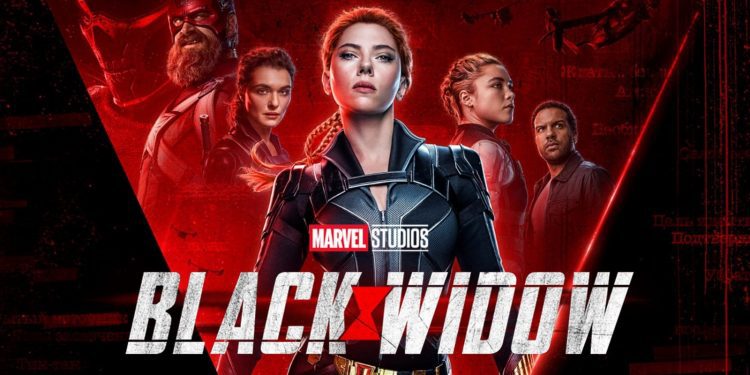 Black widow was released in July 2021 on Disney+. It was quite a huge deal as it was one of the OG Avengers movies that fans were waiting for quite some time. After the Pandemic, Marvel had started to get into the series thing and had come up with some successful ones like “Falcon and the Winter Soldier”. As with every Marvel movie, there was a post-credit scene in this one too. In this article, we will get into the “Black Widow” end credit scene and what it means.

Black Widow had managed to break several records in the Box Office with a gross of $379 million. Considering that the Pandemic was a bit better by then, still, it can be considered as one of the highest gross in the year, yet not going up Spiderman: No Way Home. Unfortunately, Black Widow is not the lowest-rated movies in the Marvel franchise. It has a rating of 79%, whereas most of the movies always rank from 90-100% rating.

About the Black Widow Movie (Spoilers Ahead!)

If you have not watched the Black Widow movie yet, then we would ask you to watch the movie as soon as possible, we promise that you will miss the OG Avengers once again. If we were to locate the movie, then it stands between “Captain America: Civil War” and “Infinity War”. The movie consists mostly of the stories that we are familiar with from the Civil War and other movies. The story mainly acts as a preface to the upcoming MCU’s characters rather than showcasing more of Natasha Romanoff’s origin story.

However, one of the most interesting parts of the movie is where we come to see that Black Widow has actually not killed Dreykov’s daughter. Loki referred to this part before. The movie holds such a special value as we get some insight into the Black Widows that Dreykov leads. With the help of her sister, Yelena Belova, we get to see how the “fake” family fights off Dreykov and frees the Black Widows from their torturous lives. Nathasha is then seen going away to join the Avengers in the fight against Thanos.

Of course, one of the main points of interest in every Marvel movie is the post-credit or the end credit scene. Black Widow’s end credit is based after End Game. We find Yelena visiting a grave and find out it is Natasha’s. Seeing her tombstone, we get to know that it is after End Game. She had given her life for the soul stone, and this was quite the sacrifice. As Yelena stands there whistling their childhood tune, we hope that there will be some hint of Natasha being alive. However, Marvel is known for not doing such cliche things, and instead, we find Contessa Valentina Allegra de la Fontaine. As we see Fontaine, if you have watched “Falcon and the Winter Soldier”, she was also seen hiring John Walker as a US Agent.

What comes next made people quite surprised as Fontaine shows a picture of Clint and tells her is the reason for her sister’s death. This gives us a major hint that there could be a clash between Yelena and Clint in the future. We also do see the clash in “Hawkeye” Episode 4, where a mysterious Black Widow is seen attacking Clint and Kate. Though Kate seems to be confused, Clint immediately understands what is going on. However, we do know that Clint and Yelena will clear up this understanding as Clint was one of the closer Avengers to Natasha.

Now to the part where we find out that Fontaine is seen to be recruiting the new members. If we were to follow the comics, she is a Russian sleeper agent and also works for the SHEILD. However, we also come across that she could be also trying to revive the HYDRA team. In the comics, we see her making up the team of The Thunderbolts or the Dark Avengers. It will be quite interesting to see the future of the MCU with the new characters now.