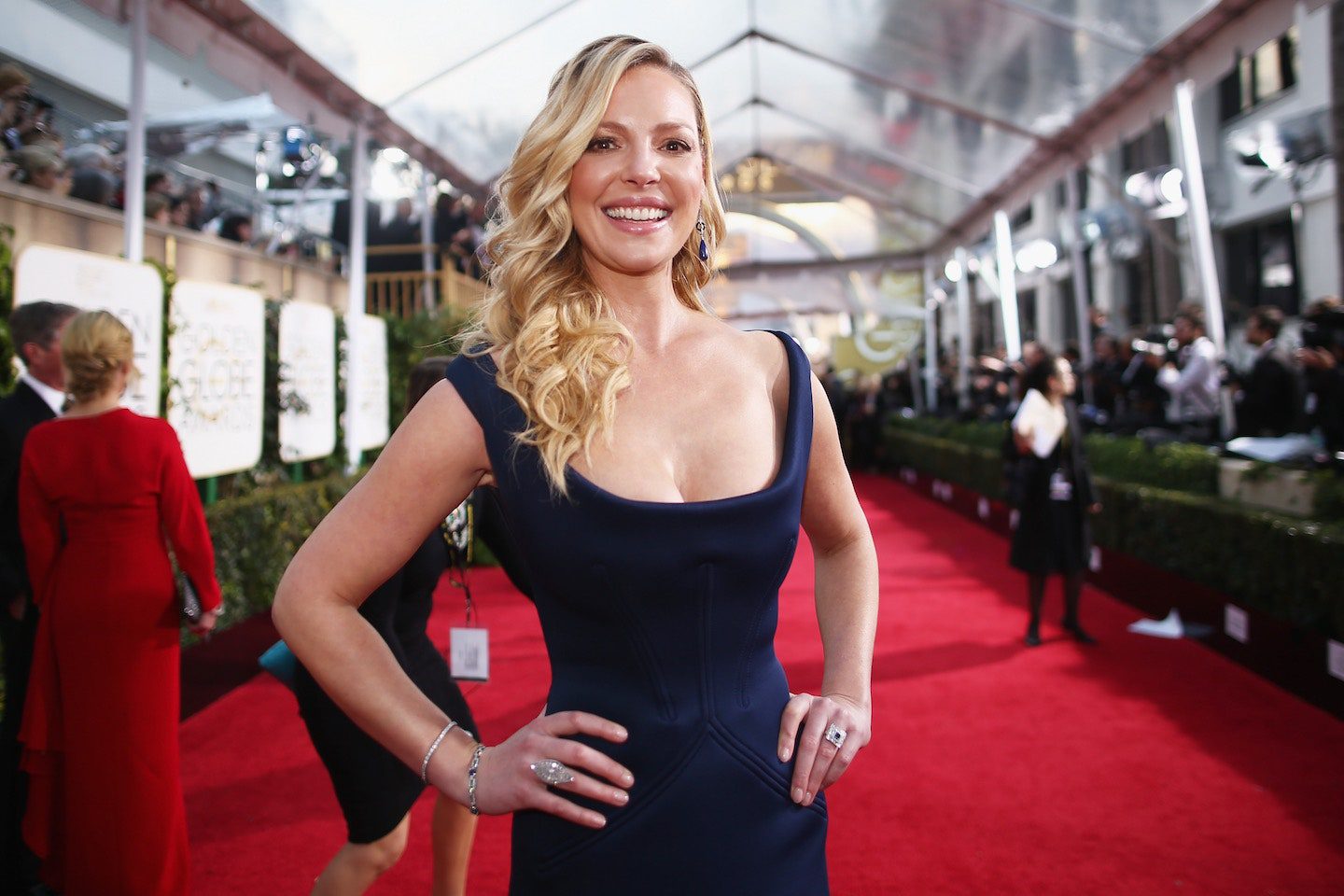 Katherine Marie Heigl, is a brilliant American actress, fashion influencer, and producer. She was born on November 24, 1978. Katherine begins with her career in her teenage life with Wilhelmina Models and appeared in films such as That Night, My Father the Hero, and Under Siege 2: Dark Territory. After that, Heigl went on to play Isabel Evans on The WB television series Roswell, for which she got Saturn and Teen Choice Award nominations. She did a science fiction Tv Series Roswell and portrayed the role of alien Isabel, which became a cult success, she received a lot of attention. After attaining so much love from that fiction series, she started to work on many other projects such as Love Comes Softly in 2003 and a sequel, Love’s Enduring Promise in 2004.

She also serves as an executive producer on NBC’s State of Affairs from 2014 to 2015, Netflix’s Firefly Lane, and the forthcoming limited series Woodhull. Also, she made her name as a cover model by featuring in various publications, including Maxim, Vanity Fair, and Cosmopolitan. In spite of lagging in some bad movies and not getting much love from her fans, her film ‘ A Little Sexist’ grossed 220 million dollars worldwide which give her immense success. 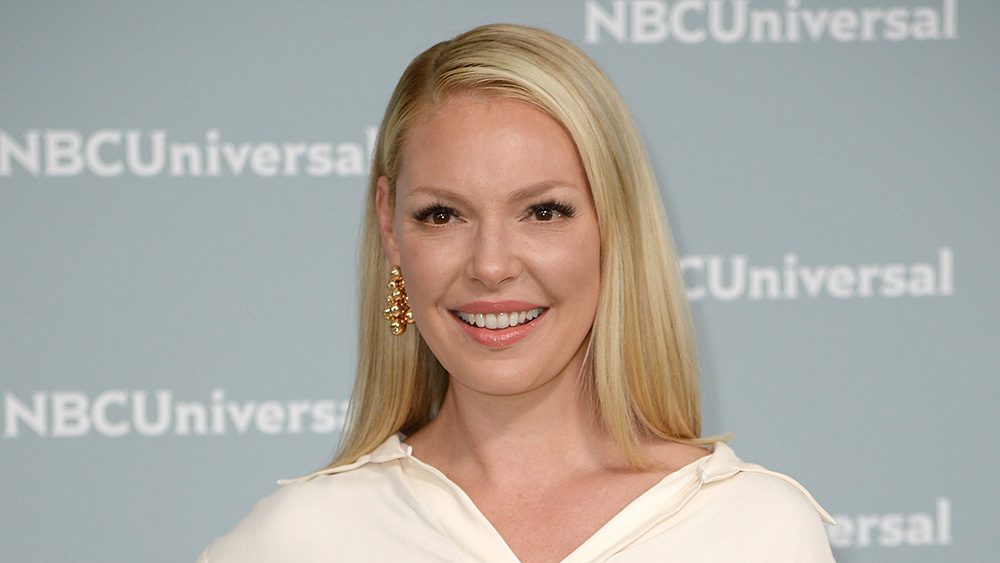 Being one of the best actresses, Katherine Marie Heigl got into many movie projects. Many fans are asking about the Best movies of Katherine Mari Heigl. Let us find out.

Katherine as Alison Scott celebrates her promotion by going to a nightclub. She meets up with Ben Stone, a fun-loving party animal. They both never expected that their one-night stand ends up with something so serious which leads to pregnancy. It is a rom-com movie, directed by Judd Apatow. Cast members of the movie are Paul Rudd, James Franco, Leslie Mann, Jonah Hill, Ken Jeong, Harold Ramis, Jay Baruchel. 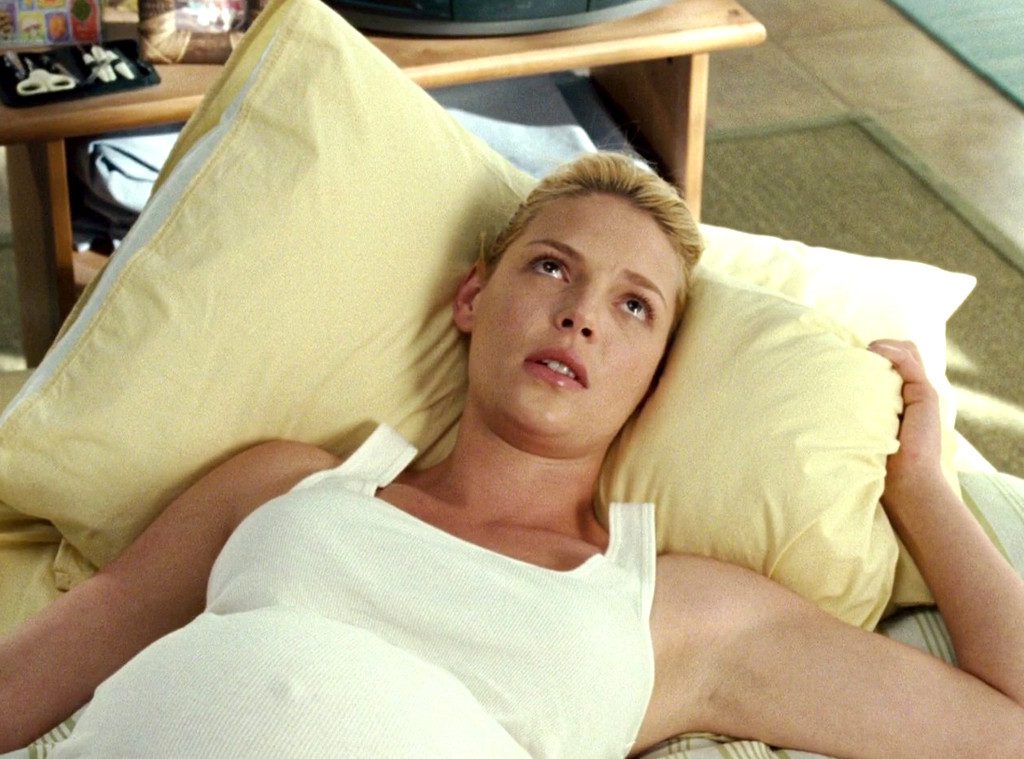 Life as We Know It, revolves around a man and a woman who dislike each other, but find themselves in charge of their best friends’ kid when their pals are killed in an accident. The film stars Katherine Heigl and Josh Duhamel as the infant’s guardians, whose mutual hatred transforms into acceptance once the baby arrives. The director of the movie is Greg Berlanti. 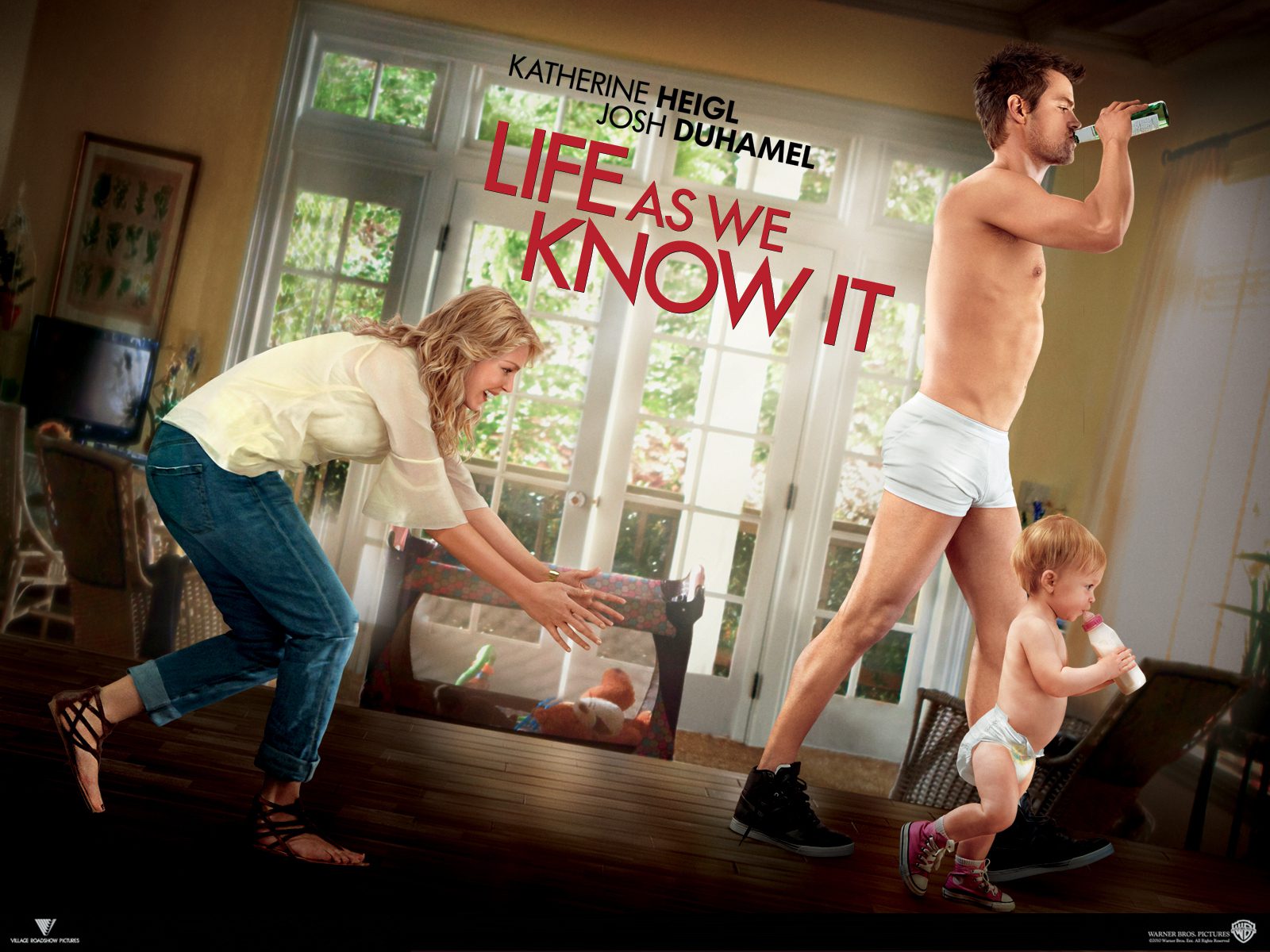 Anne Fletcher directed the movie, in which Katherine played the role of Jane Nichols, who has been a bridesmaid in 27 weddings. Tess, Jane’s younger sister, is in charge of planning Jane’s wedding to George, the man she adores. Star cast, James Marsden, Krysten Ritter, Judy Greer, Peyton List, Brian Kerwin. 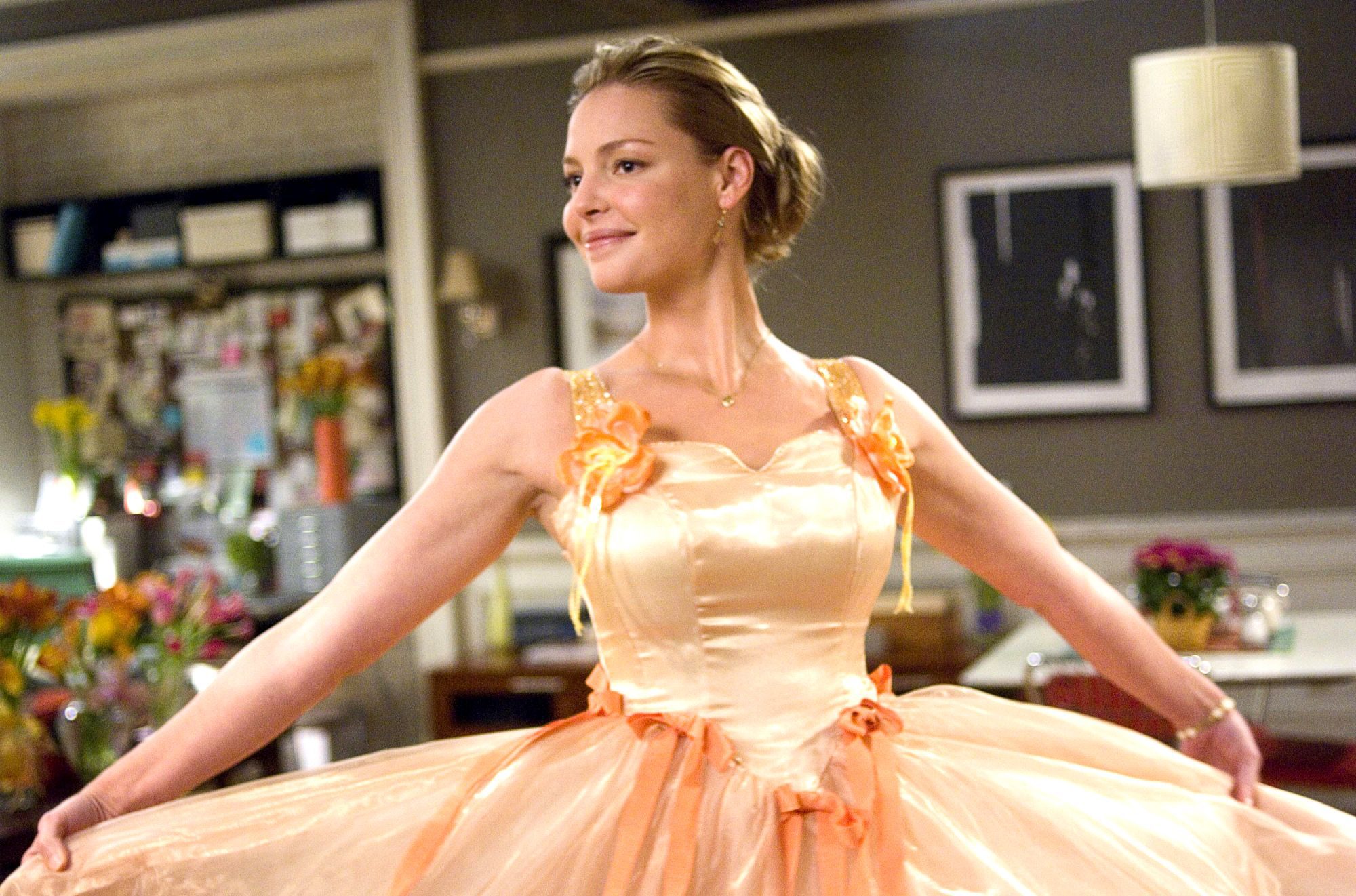 Katherine Heigl on the ’27 Dresses’

A girl suffering from schizophrenia is plagued by horrific hallucinations as she suspects her neighbor of kidnapping a child. Caleb, a guy she has no idea exists, is the only one who believes her. The direction was done by Castille Landon. The crew members were Katherine Heigl, Harry Connick Jr., Madison Iseman, Israel Broussard. 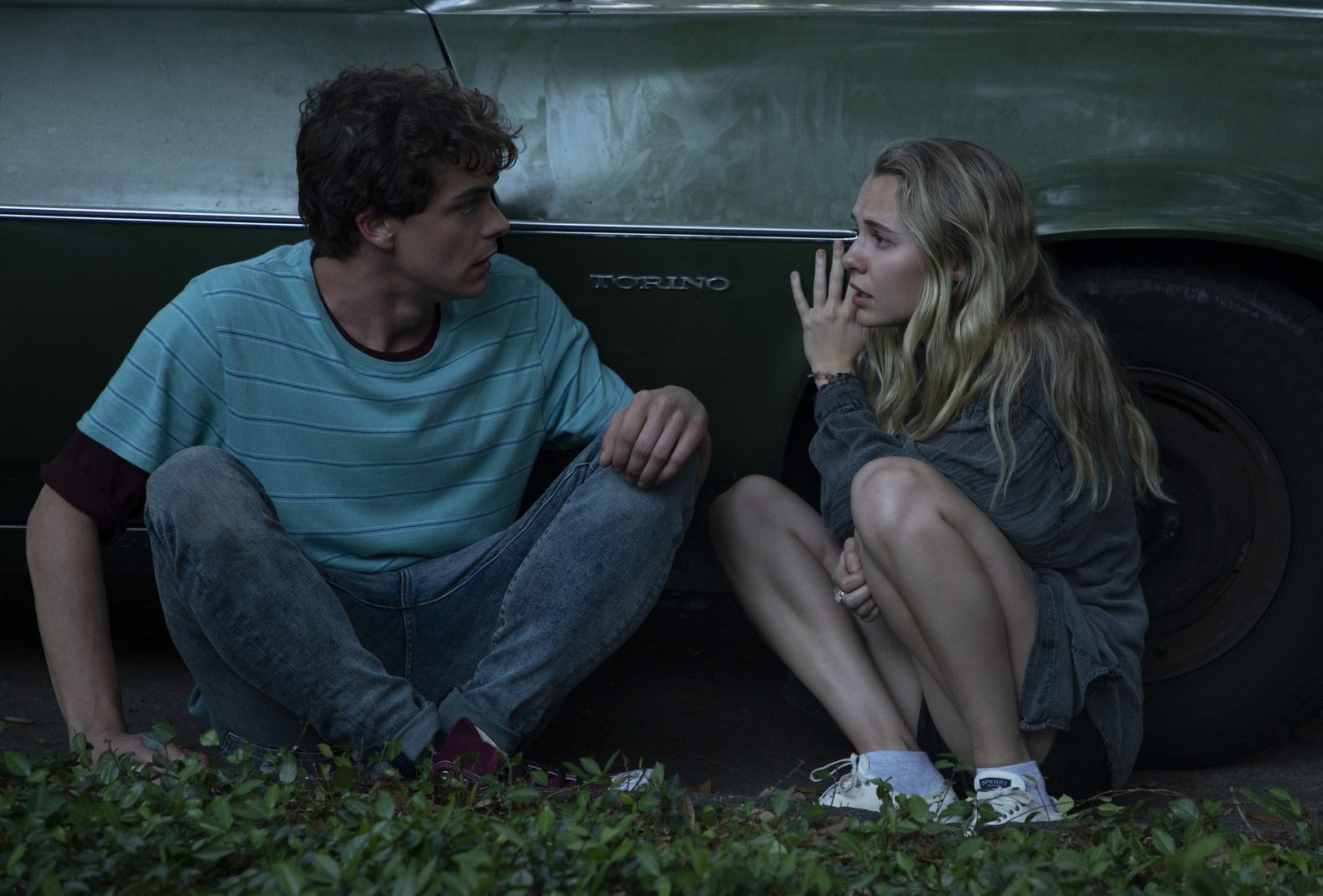 One of the best films of Katherine Heigl is “Fear of Rain”. 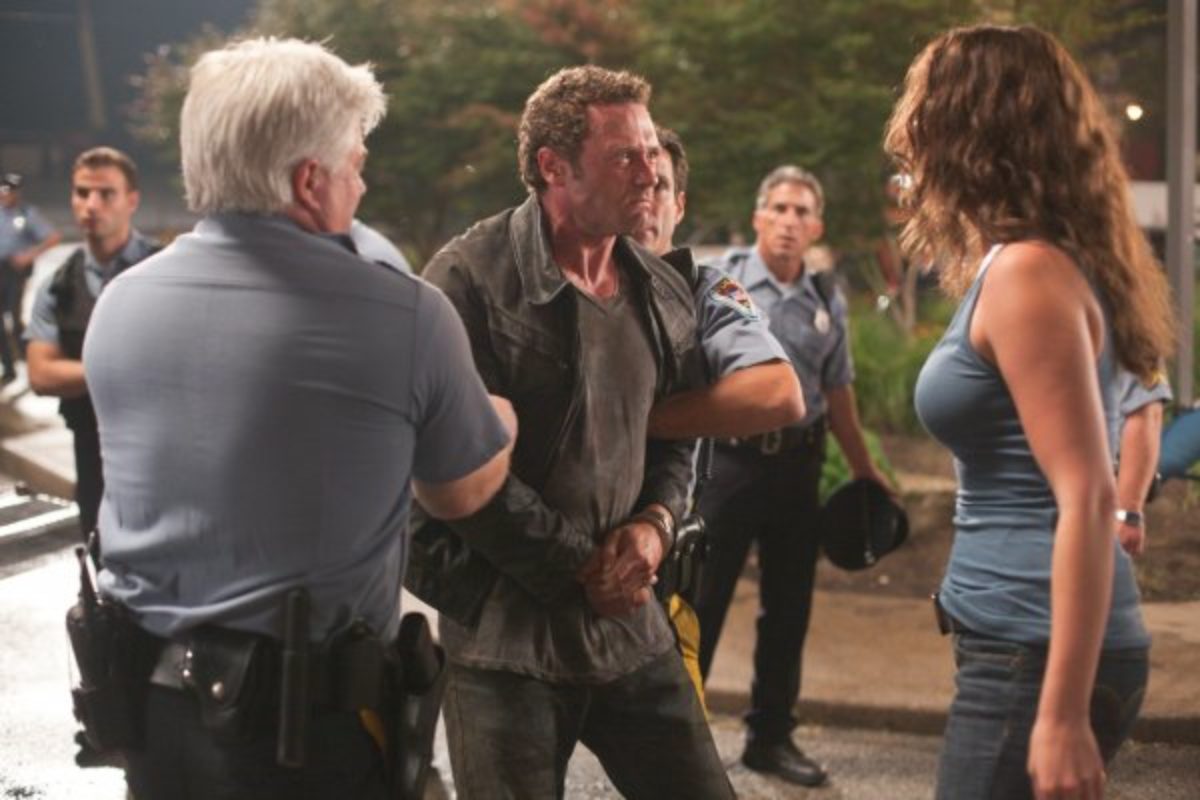 A scene from the movie “One for the Money”

Katherine Heigl played the role of a girl named Abby in the film, directed by Robert Luketic. The story begins with Abby’s morning schedule at a Tv station, which isn’t going well. So the TV station hires Mike Chadway to present a brief segment. Mike’s views on romance irritate Abby, but she decides to work with him and follow his counsel in order to win over Colin, her ideal partner. 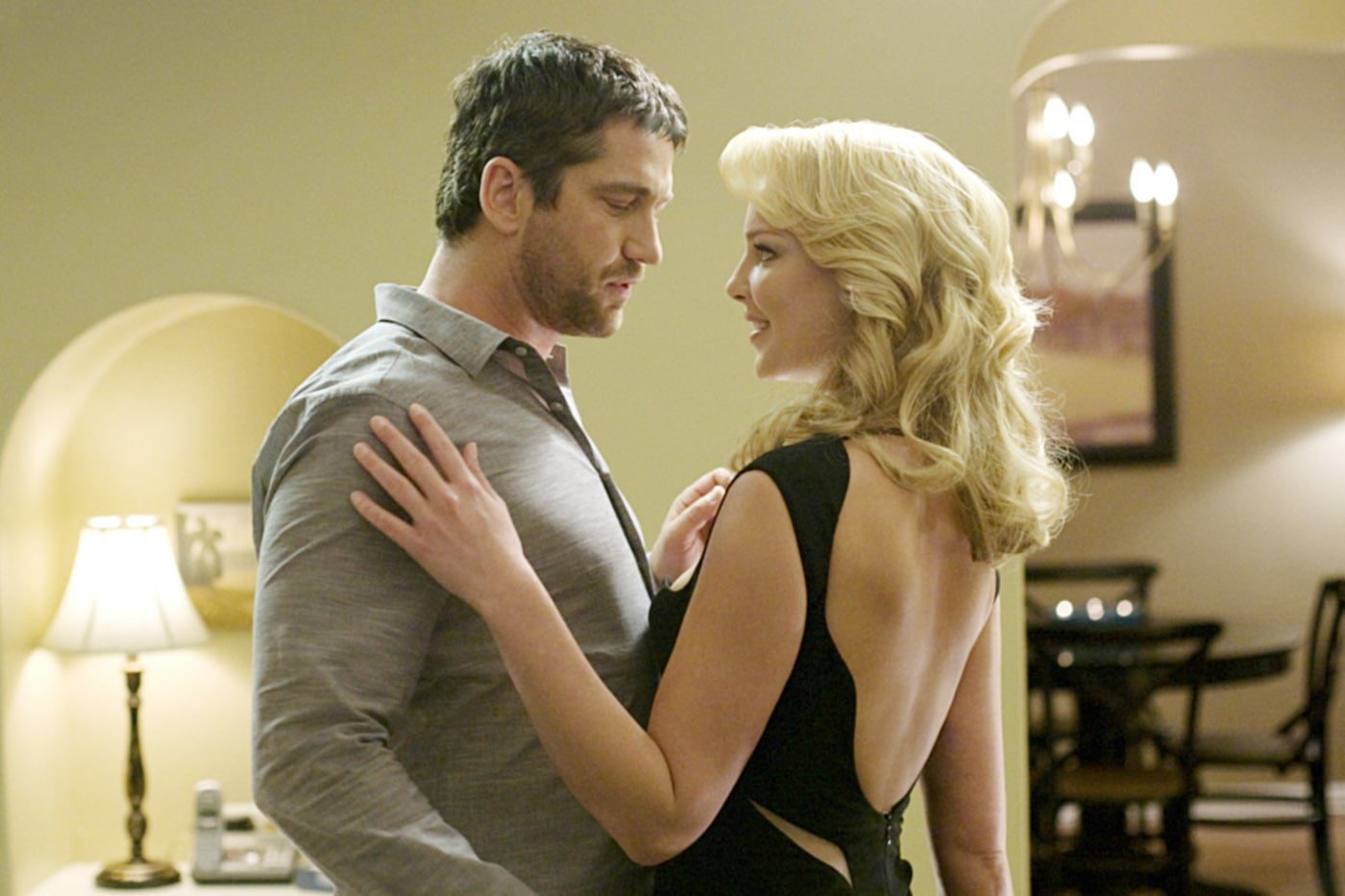 Gerard Butler and Katherine Heigl in The Ugly Truth.

This film is all about Jen Kornfeldt who meets and falls in love with Spencer Aimes in Nice, France, after her breakup. Spencer, who is a professional assassin in secret, quit his career to marry Jen. When Spencer’s previous life catches up with him, however, secrets are uncovered, including Jen’s father’s actual identity. Also, the star Casts are Catherine O’Hara, Tom Selleck, Ashton Kutcher, Katheryn Winnick, Alex Borstein, Kevin Sussman, Ariel Winter. 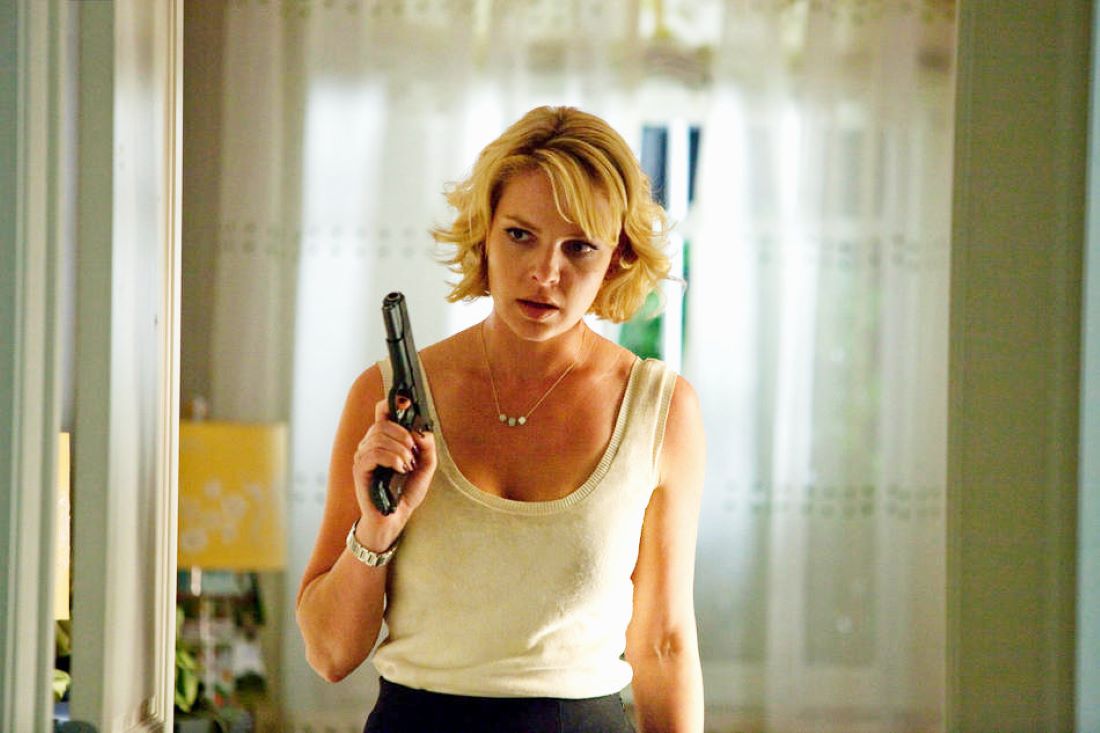 A horrific scene from “Killers”.

My Father the Hero is a romantic comedy film about a naughty young girl Nicole, who goes on a vacation to the Bahamas with her divorced father. For instance, she falls in love with another tourist, she attempts to impress him by claiming that her father is her older boyfriend. Her scheme, however, backfires, resulting in various misunderstandings. 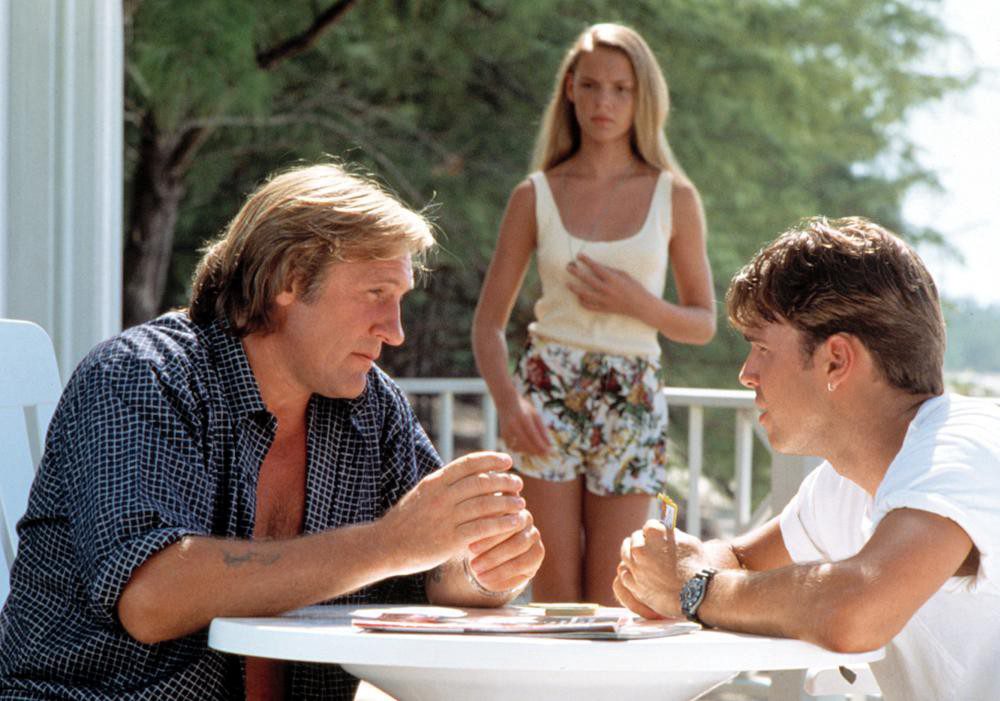 Katherine as Nicole, her divorced father, and her new love from the movie ‘My Father My Hero’.

Anthony Burns’s movie Home Sweet Hell is a Comedy plus Thriller movie. In this, a character called Don has a solid career and appears to be enjoying the life he desires. But, things become difficult, though, when he has an affair with one of his shop’s salesgirls. When his wife, Mona, a role played by Katherine, learns about the affair, all hell breaks loose. 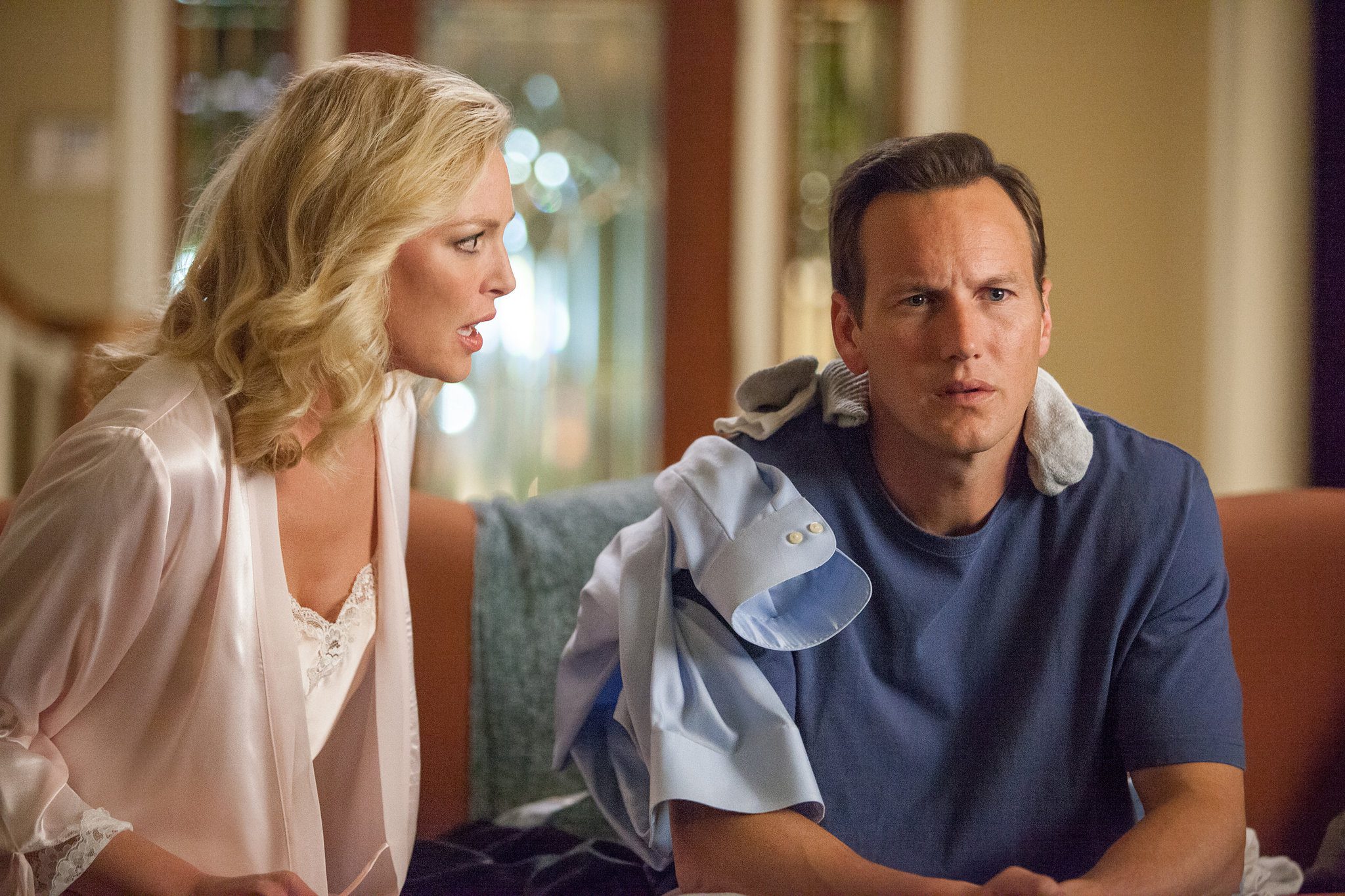 Lastly, Johnny Knoxville, Katherine Heigl, and Brian Cox feature in The Ringer, a 2005 American sports comedy movie with cameos by Terry Funk and Jesse Ventura. The Farrelly brothers produced the film, which was directed by Barry W. Blaustein. Fox Searchlight Pictures released the film on December 23, 2005.  Thus, the film received a 40 percent good review from 89 reviewers, with a 5.00/10 average rating. 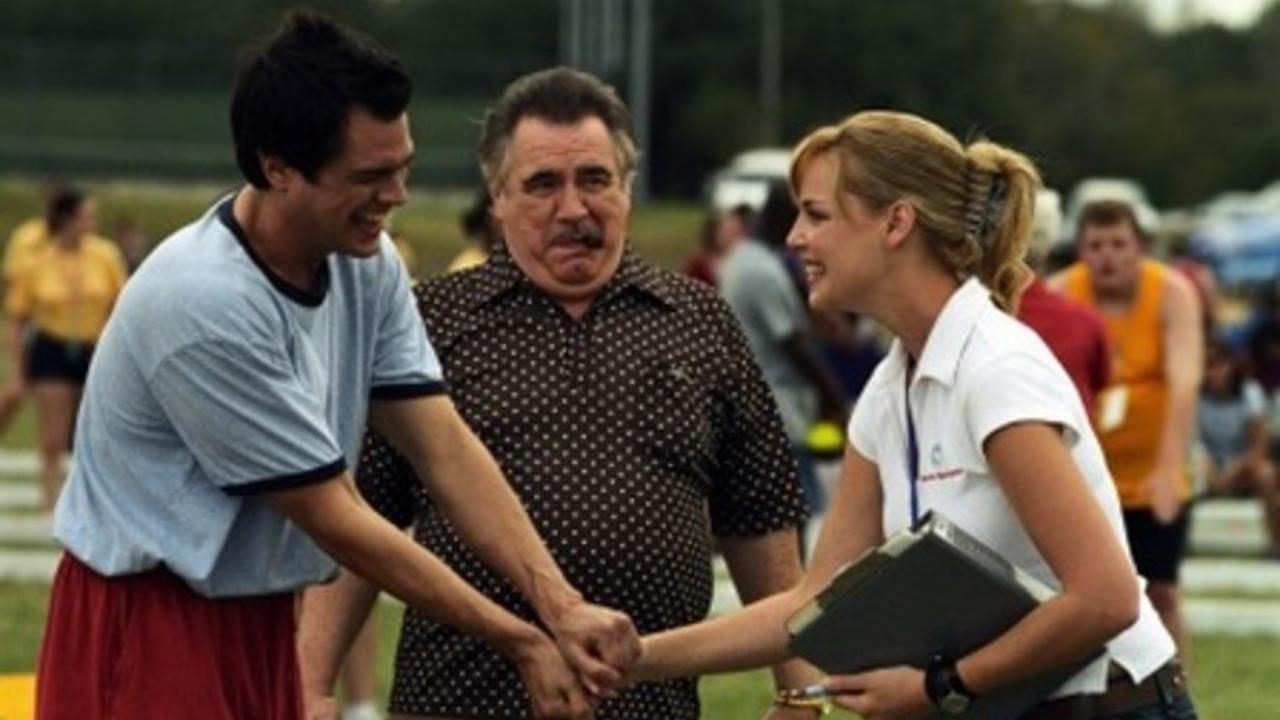 What is her Net Worth?

Heigl is no doubt a brilliant actress, who has a net worth of 30 million dollars, which she owes to her decades-long acting career. Both of her movies, 27 Dresses and The Ugly Truth earned Heigl 6 million dollars. By 2011, she had increased her compensation to a whopping 12 million dollars per picture, making her one of the highest-paid actresses in the world. Her greatest payday, 15 million dollars, came in 2012 for the criminal comedy One for the Money, despite the fact that the film is a commercial failure.

Also, the actress remained hiding for quite some time after being called in the films including “difficult” and “unprofessional”. She has received a lot of grief for criticizing her own picture, Knocked Up, from 2007. Her family, thankfully, aided her in her recovery. Soon after, Heigl started appearing on television in episodes like State of Affairs, Suits, and, of course, Firefly Lane. 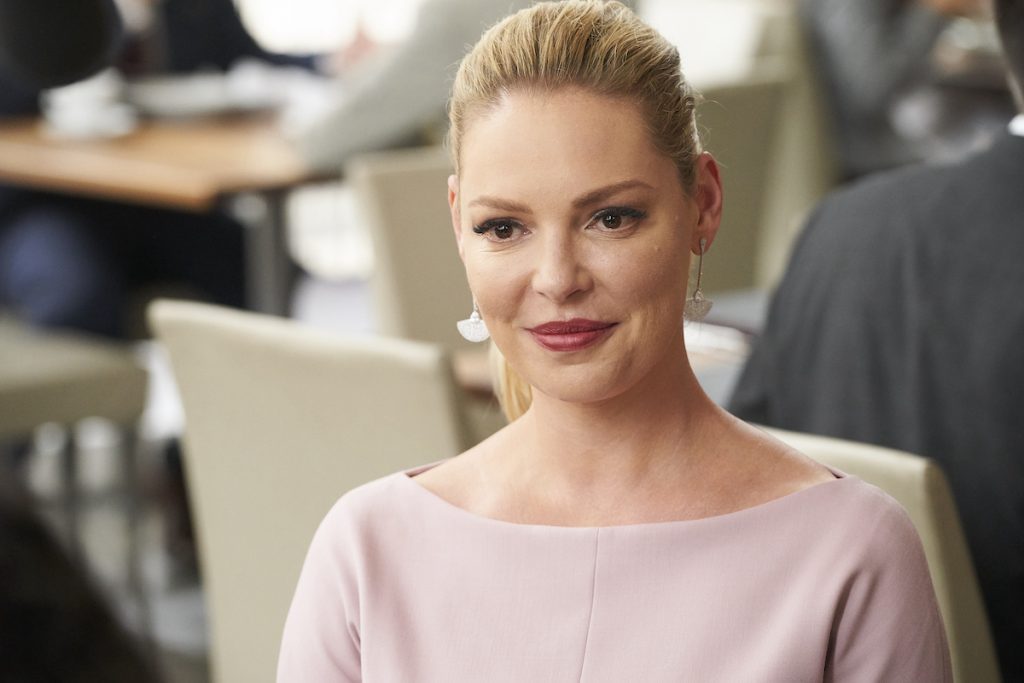 Katherine Heigl has an estimated net worth of 30 million dollars.

Heigl married singer Josh Kelley in June 2006, after meeting him on the shoot of his music video for “Only You” a year before. They decided not to live together before marrying, as Heigl subsequently said that she suppose to save money for the wedding and needed something to distinguish the real marriage from the courting or wooing phases. Heigl and Josh got married in Park City, Utah on December 23, 2007. They live in Oakley, Utah, with their children. The couple adopted a daughter from South Korea, where Heigl’s sister Meg was born, in September 2009. She also had surgery before leaving Korea since she was born with a cardiac abnormality. After her surgery on December 20, 2016, she gave birth to a boy. 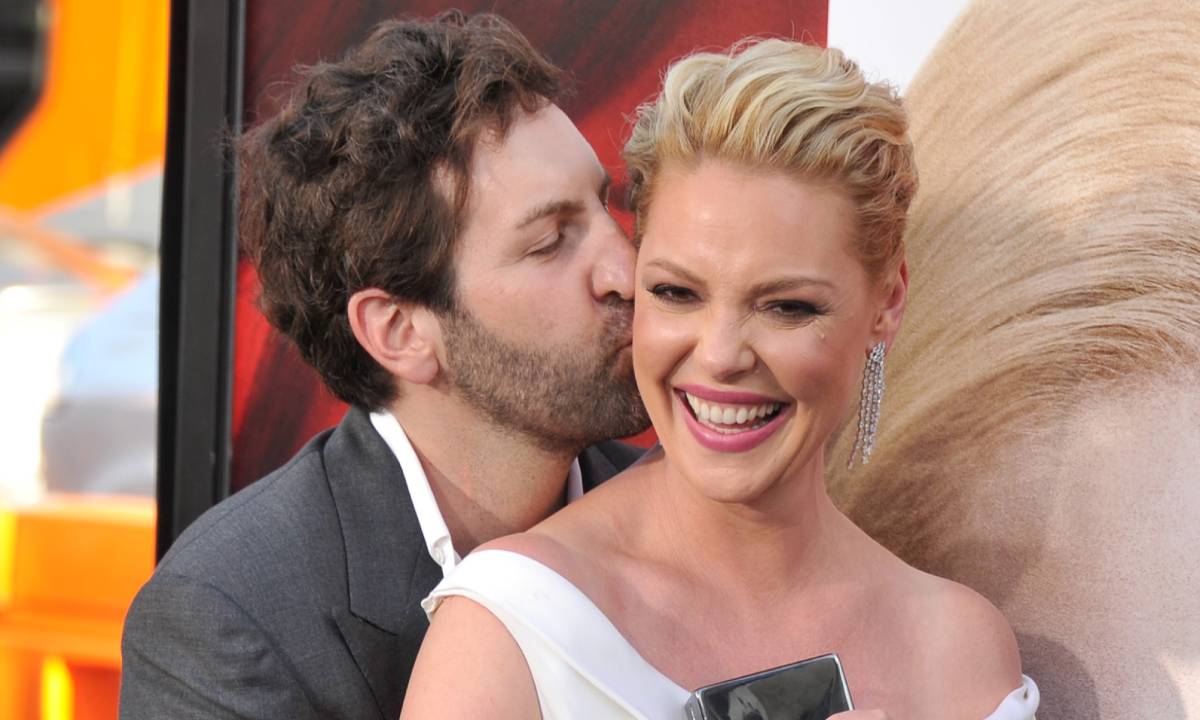 Katherine engages herself with some charity works, with Best Friends Animal Society on several projects, including their Pup My Ride program. Heigl also works as a spokesman for Donate Life America and is a passionate supporter of organ donation. Her family decided to give her brother Jason’s organs to needy people after he died. It led Heigl to become an organ donation crusader later in life.

Heigl made a comeback to television in the drama State of Affairs (2014–15), in which she portrayed a CIA liaison to the president of the United States. She was then cast as a defense attorney in the film Doubt. She has a recurring role in the courtroom drama Suits in 2018–19. Heigl subsequently featured in Firefly Lane, a Netflix series based on Kristin Hannah’s best-selling novel about a decades-long relationship. Nonetheless, Katherine updates her fans by posting everything that revolves around her on social media, @katherineheigl.