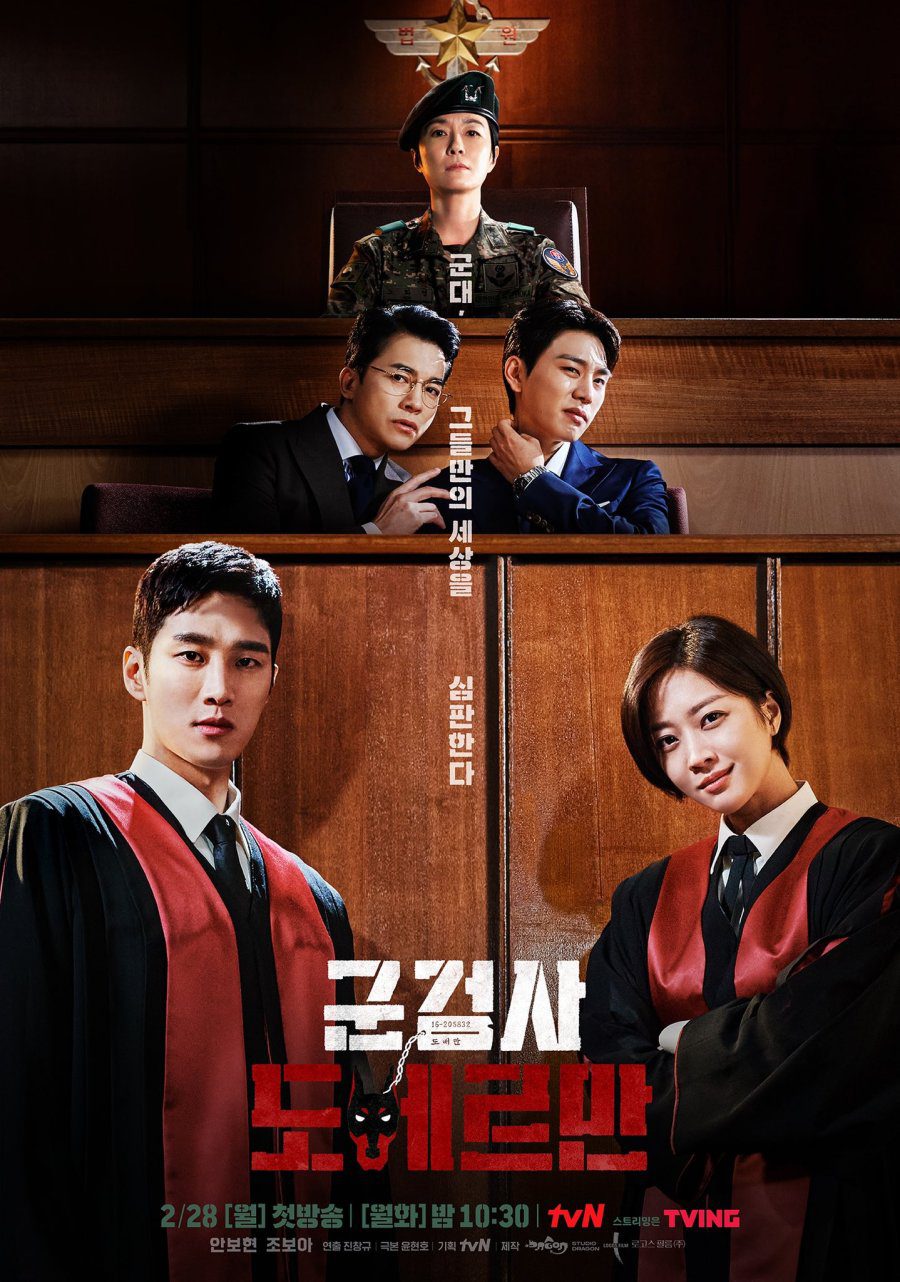 After all the wait, ‘Military Prosecutor Doberman’ is finally on the screens and fans are already waiting for Episode 2. The k-drama tells the story of the military prosecutor Do Bae Man. He is in the field just for fame and money. But with the arrival of the fellow prosecutor, Cha Woo In things begin to change. Cha Woo In has a motive of her own and it was enough to change Do Bae Man’s mind. Working on the same team, the two have different purposes, different backgrounds, and different personalities. While the vibe between them is a bit off right now, the two are going to hit it off amazingly.

Ahn Bo Hyun has become one of the most loved Korean actors right now. His transformation from the annoying villain to the sweet computer science boyfriend to the police detective has been amazing. Now returning as a military prosecutor, the actor is on fire once again. In a recent behind-the-scenes video, the actors Ahn Bo Hyun, Jo Bo Ah, Oh Yeon Soo, Kim Young Min, and Kim Woo Seok gathered around to introduce themselves. The chemistry between the cast members is really good. Along with work, the co-stars also joke around and help each other too. 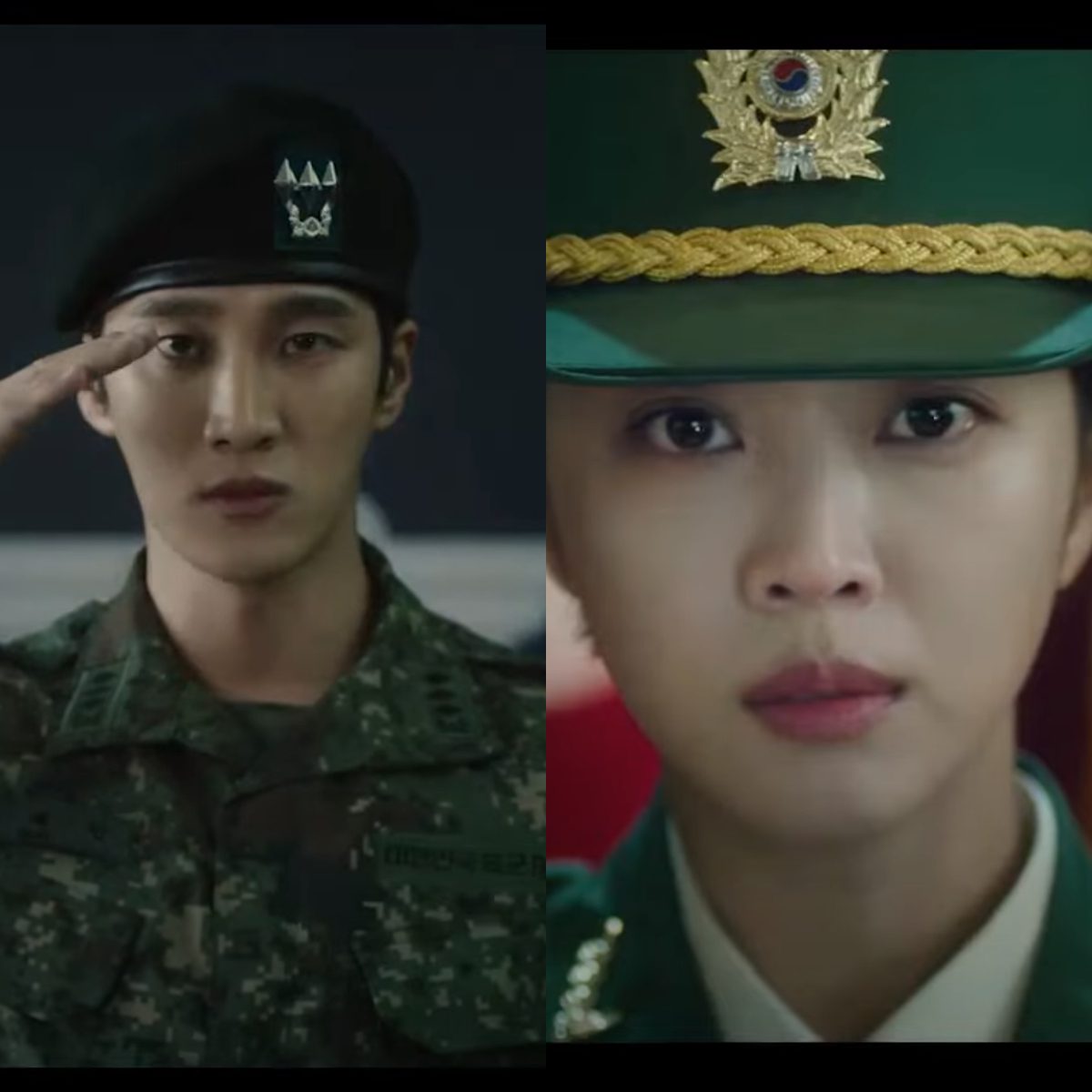 A still from ‘Military Prosecutor Doberman’

What Goes On The Set Of ‘Military Prosecutor Doberman’?

In the behind-the-scenes video, the actors talked about their characters. Ahn Bo Hyun and Jo Bo Ah were trying to find a better angle to stand and pose. The actress revealed that she has been excited about her role and the military atmosphere they are working in. Oh Yeon Soo, on the other side revealed that her character Noh Hwa Young is a lonely one. The veteran actress is a master at keeping a stern face while filming serious roles. But as soon as the camera stops, it doesn’t take long for the actress to show her beautiful smile.

Kim Young Min also introduced himself as Yong Moon Goo. He and Ahn Bo Hyun have been besties on the set. While the two are often spotted laughing and making jokes together. They are also known to share their earmuffs with each other too. Kim Woo Seok introduced his haughty character Noh Tae Nam too. He too has a backstory to explain why he turned out that way. While the cast of the k-drama is amazing, without any doubt the Doberman will be stealing the show. Extremely obedient while filming, the dog doesn’t do anything he’s told not to. But as soon as the camera is off, Doberman too has a mind of its own. 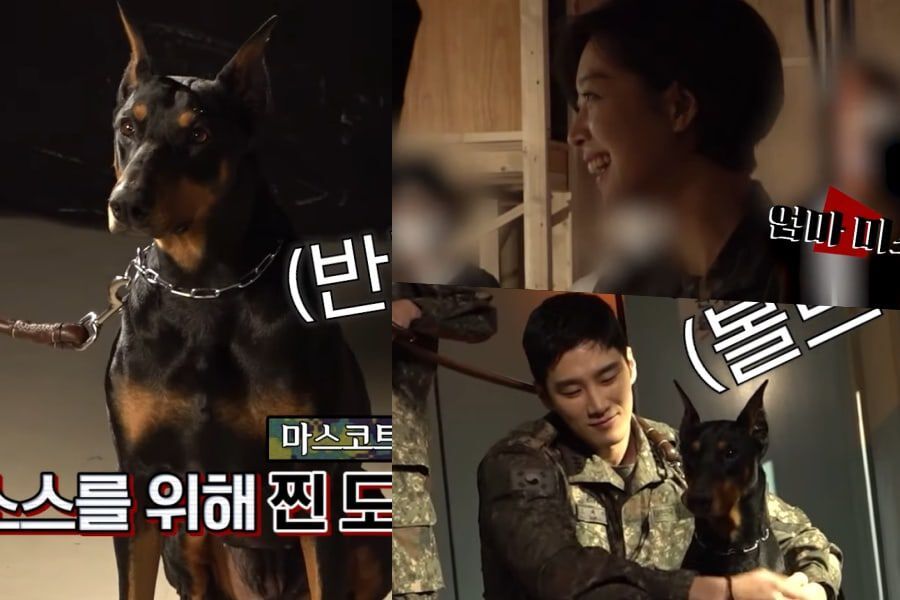 ‘Military Prosecutor Doberman’ Episode 2 Release Date and What To Expect?

‘Military Prosecutor Doberman’ Episode 2 will release on March 1, 2022. Do Bae Man has been looking at the world from an upside-down point of view. He has the power of law in his hand and as the prosecutor can make or break a man’s life, Do Bae Man knows how to use it wisely. He only works on the case that benefits him. But behind the new point of view, Do Bae Man has a story to tell. Cha Woo In, on the other side, knows that the power of law is too hard to handle and she must use it for the good. And take the revenge she has been dreading to take for years. But for her to work on the mission, she’ll have to go deep into the situation and she can’t do that alone. Asking Do Bae Man to help her, Cha Woo In will be attacking the higher-ups and the people they are connected with. Putting their lives at risk, things are about to get thrilling.

Where To Watch ‘Military Prosecutor Doberman’ Episode 2 With English Subtitles?

‘Military Prosecutor Doberman’ Episode 2 will be available to watch on the streaming platform Rakuten Viki with English subtitles. Each episode will have a runtime of around 60 minutes.

Also Read: ‘Love Twist’ Episode 46 Release Date: Will Gwang Nam And Ok Hee Get Back Together?