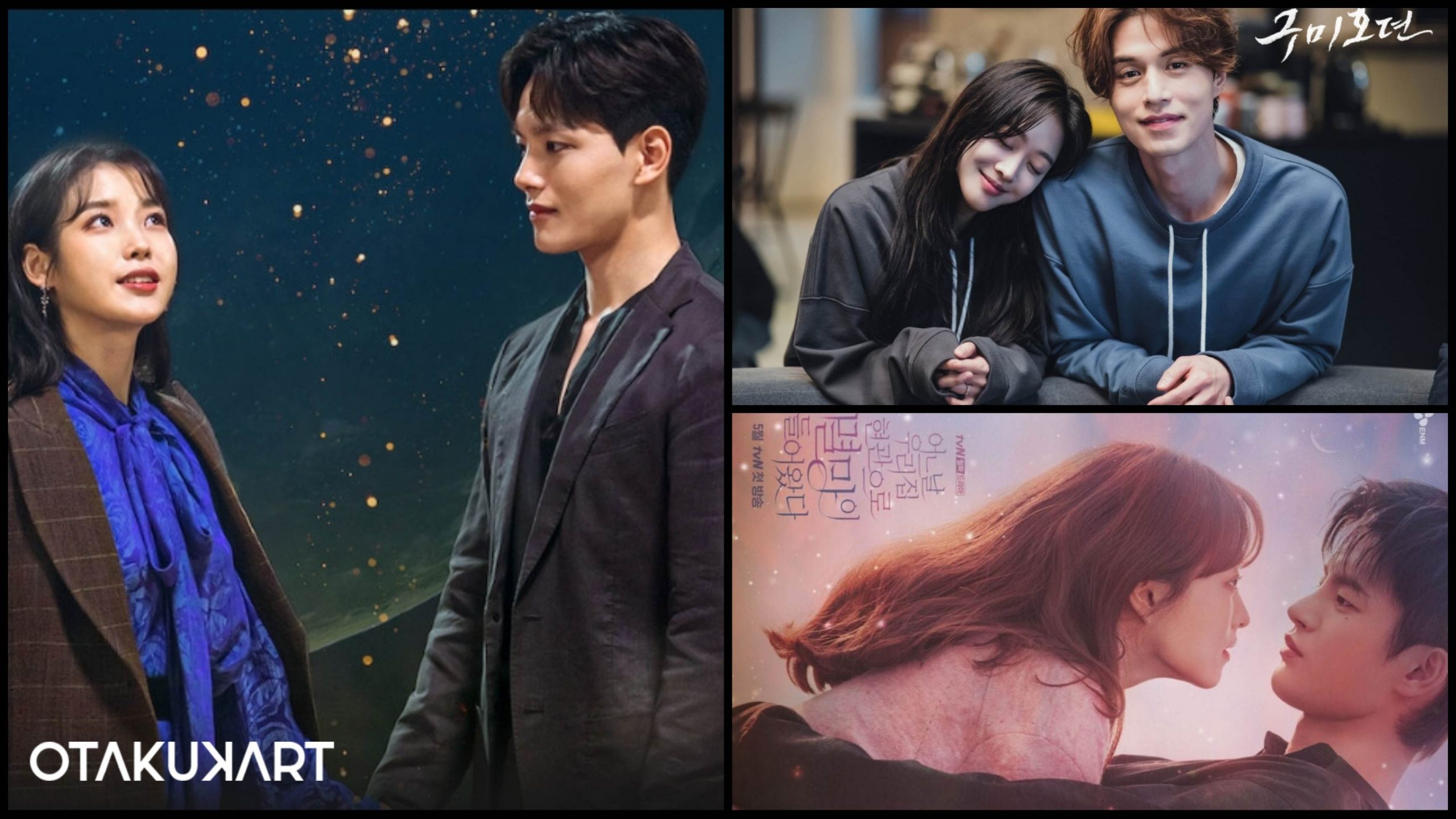 South Korea keeps coming up with unique and engaging K-dramas all the time but some of them end up taking our standards to a whole different level. One of them is the iconic ‘Guardian: The Lonely and Great God’ or simply known as ‘Goblin’ starring Gong Yoo, Kim Go Eun, Lee Dong Wook, and Yoo In Na in lead roles.

Even after five years of its release, ‘Goblin’ is still the most popular Korean drama of all time and why not, when everything about it is so perfect, starting from the cinematography to the spectacular acting performances! Below is a list of the top six best K-dramas like ‘Goblin’ that you might love if you are fond of it.

With a story that is heartbreakingly beautiful and OSTs that will be stuck in your head forever, it’s indeed next to impossible to get the series out of our minds. Although it is impossible to find something extremely similar to ‘Goblin,’ we have picked out these series that carry a similar vibe to the drama overall. Let’s begin now!

The overall vibe as well as the distribution of the story arcs in both ‘Goblin’ and ‘Doom At Your Service’ is so alike that you won’t be able to ignore the parallels! The show centers on a woman named Tak Dong Kyung who comes to know that her days on the earth are numbered and will die within 100 days with brain cancer. When the Doom himself makes an appearance in her life, offering her an irresistible deal that will let her live long, she cannot help but accept it. 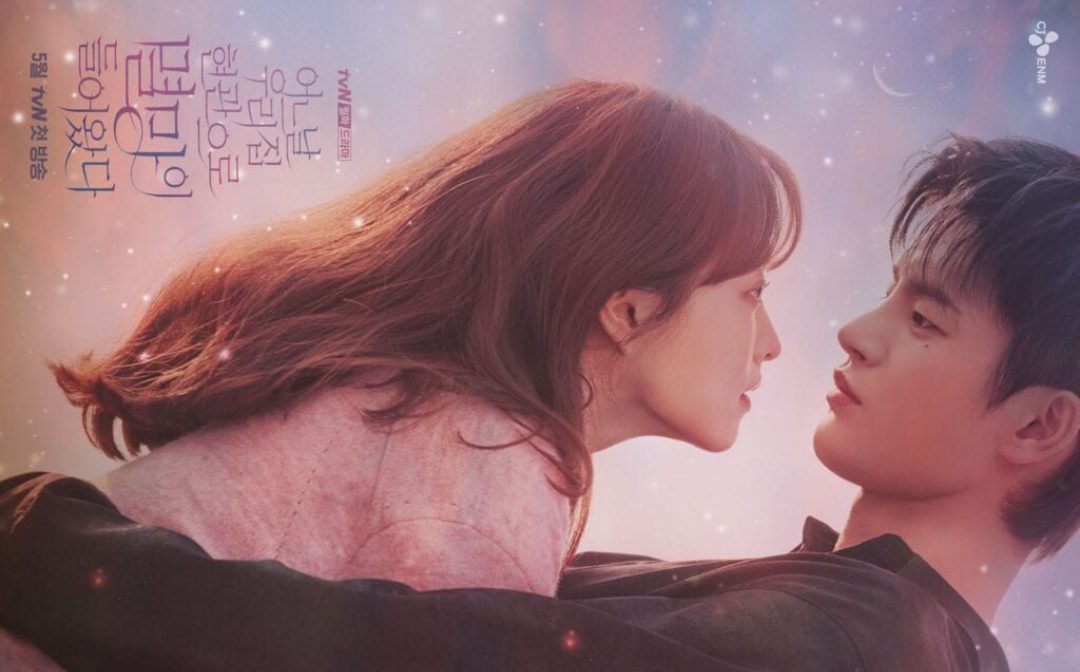 According to the deal, the person whom she would love the most in the whole world after the 100 days, would die instead of her. In order to save her brother and the only family that she has, she decides to fall in love with Doom. The presence of the beautiful analogy in the show and the storyline of the secondary couple are two of the things that might interest you.

A spin-off of the Chinese novel, ‘Journey to the West’ ‘A Korean Odyssey’ is a work of the Hong Sisters who have given it a romantic-fantasy twist and a modern-day interpretation of the classic tale. The story is about a rivalry between Son Oh Gong and Ma Wang who want to look for the right direction in the dark world which happens to be the home to evil beings. Because of a 25-year-old favor that Son Oh Gong owes Seon Mi, a woman who is capable of seeing otherworldly beings, he is entitled to help her whenever she asks for it. 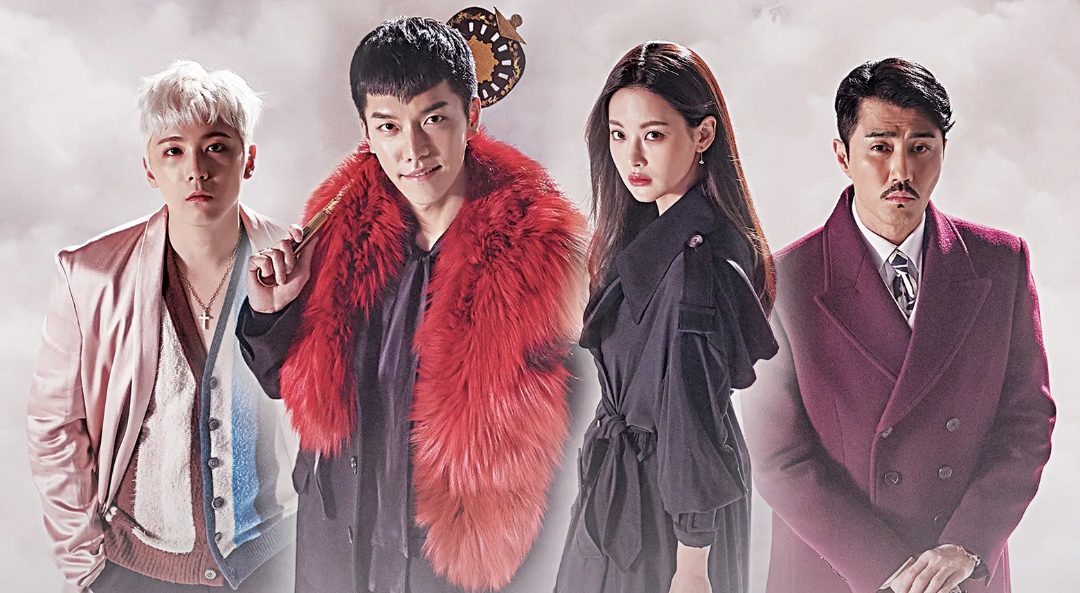 As they cross paths again, Oh Gong has to fulfill his promise made to her years ago and protect her at any cost. One of the most compelling and engaging K-dramas, ‘A Korean Odyssey’ is an extremely well-written and energetic attempt at the original story.

Starring the heartthrob of K-fans Lee Min Ho and the gorgeous Jun Ji Hyun, if you are looking for an inter-species romance drama, your wait seems to be over. ‘The Legend of the Blue Sea’ revolves around the love story of a con artist named Heo Joon Jae and a mermaid whom he names Shim Chung. The two cross paths during an unusual situation during which Joon Jae manages to steal her jade bracelet worth millions and tries to get away from her. 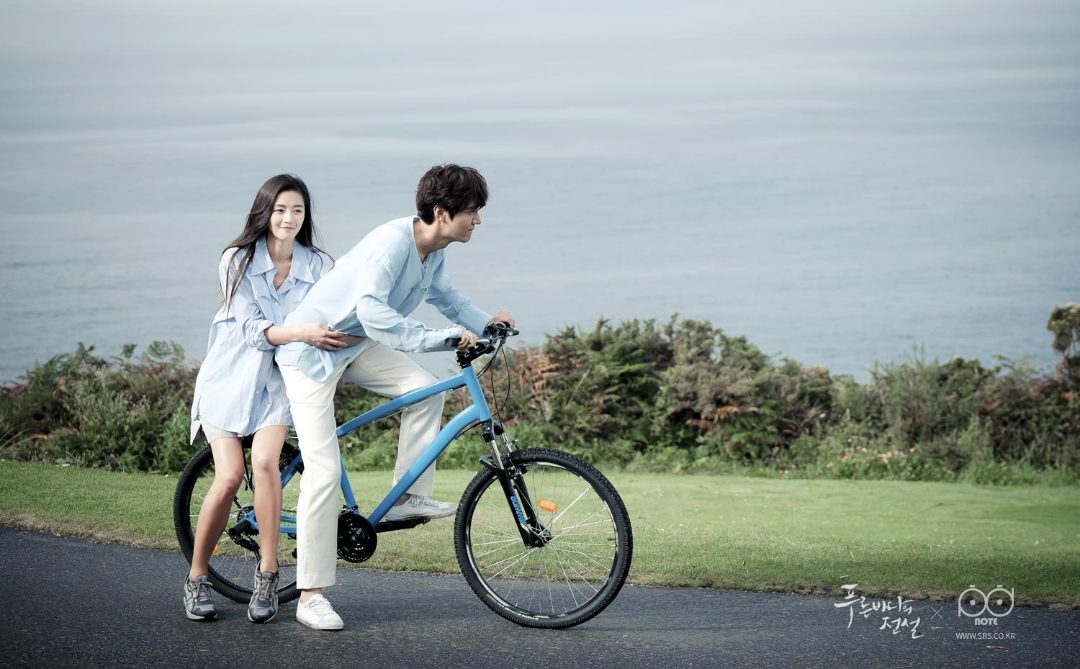 Legend of the Blue Sea

However, Shim Chung, not having the understanding of human language or modern technology, sticks to him no matter what ends up falling for him. But, the bond that they share seems to be deeper than what it seems on the surface. With themes like incarnation and love that lasts beyond a lifetime, the drama is a must-watch for all K-drama lovers.

Read: Best Supporting Characters of K-dramas That Have Remained Unforgettable To Date!

While watching this drama, make sure to finish all your important work as you cannot afford to get distracted while watching at all! Reason number one is Lee Dong Wook’s extraordinary visuals, who had played the part of ‘Grim Reaper’ in ‘Goblin,’ and number two, the overload of mythical creatures and tales associated with them that have formed the foundation of the series. The story is about a nine-tailed fox named Lee Yeon who, after giving up his position as the mountain God, has been working as an employee at the Afterlife Immigration Office. His job involves eradicating fantastical creatures who turn out to be dangerous to human habitation. 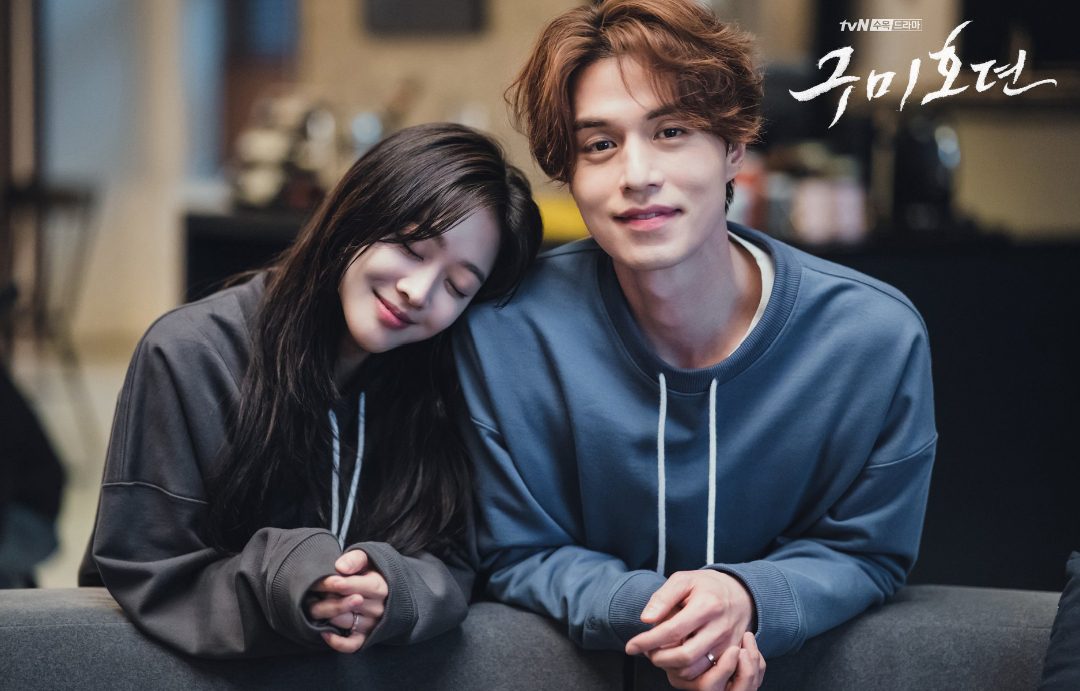 Tale of the Nine Tailed

He has been waiting for his one true love for 600 years who had suffered a tragic death. He comes across a talented television producer named Nam Ji Ah who looks exactly like his past love. She has been trying to solve the mystery of her parents’ disappearance twenty years back and ends up finding a link between the mystery and Lee Yeon. The show has a promising plot and an inter-species romance is never gonna be boring for us, isn’t it?

The unique thing about ‘Goblin’ is the way it has combined the theme of fantasy, romance, and comedy but still managed to make it one of the most tear-jerking K-Dramas ever. You can find a similar vibe in Lee Joon Gi and IU’s ‘Moon Lovers: Scarlet Heart Ryeo’ as well. Just make sure that you carry a lot of tissues towards the end of the drama! It tells the story of a girl who somehow ends up in the body of a maiden named Hae Soo existing in the Goryeo Dynasty, during King Taejo’s rule. She happens to be the cousin of Lady Hae Myung-hee who is the Eighth Prince Wang Wook’s wife. 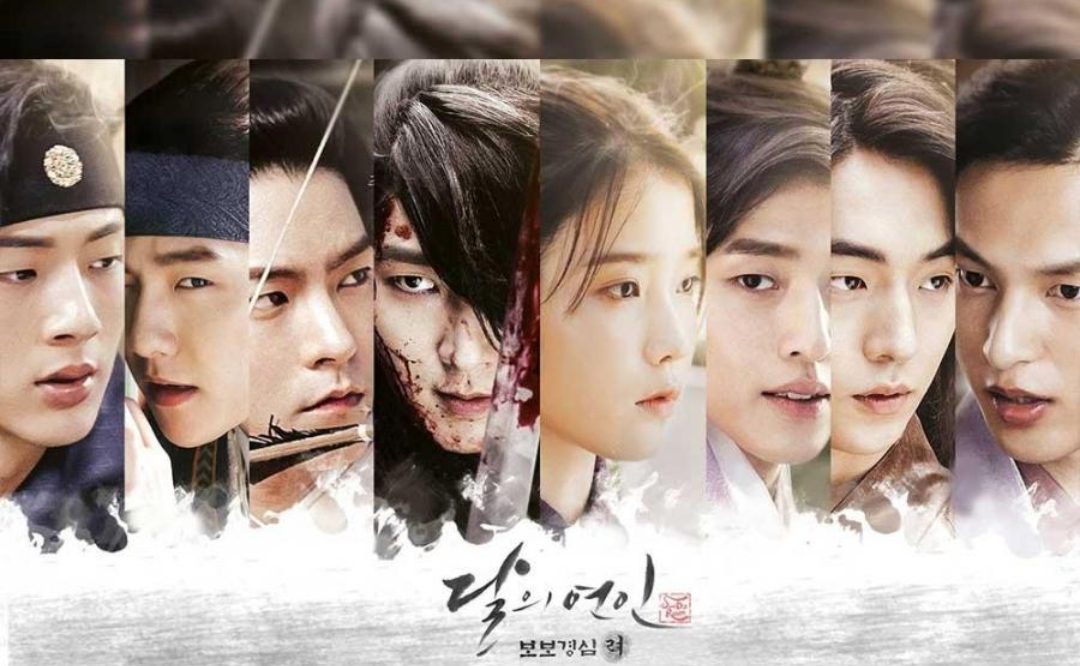 She initially gets attracted towards the warm-hearted and gentle nature of Wang Wook but when the Fourth Prince Wang So comes into the picture, everything begins to change gradually. Known for his cold personality that earns him the derogatory label of a ‘wolf-dog,’ Wang So’s encounter with Hae Soo begins to heal the scars he had been hiding all these years. However, political rivalry and scheming among the siblings in the palace seem to overpower the recently gained happiness of Hae Soo and Wang So.

Just like Goblin, ‘Hotel Del Luna’ centers on themes like redemption and reincarnation along with the right amount of comedy to balance the intensity of the plotline. The story centers on a millennium-old woman named Jung Man Wol who is neither dead nor alive but a soul who has been trapped in her life, unable to cross the bridge of the afterlife. In reality, she has been paying the price for her 1300-year old grave sins, punished by the deity herself.

Man Wol is a heartless and cold being and the owner of a mysterious hotel named ‘Hotel Del Luna’ wherein she has to serve the dead souls before they set out for their afterlife. As a highly capable and educated human, Goo Chan Sung ends up being selected as the manager of the hotel and reluctantly, begins to work for her until one day, when he sees the reflection of Man Wol’s true nature. He becomes a prominent figure in her life to fill her heart with love and kindness in place of hatred and resentment. The drama features the concept of stories-inside-a-story involving several twists and turns all the way to the last.