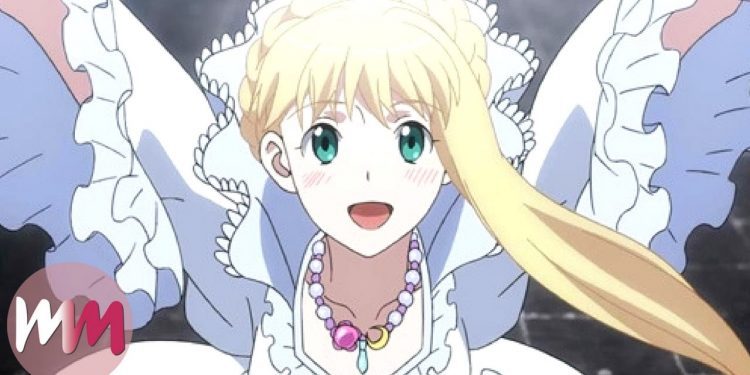 Gone are the days when the anime was just limited to a single culture and community. Now things are becoming more and more diverse, and creators are more tend to introduce characters from other cultures in their anime to make it more popular and reachable. In modern anime, you will see at least a few characters with foreign sketches. There are even some anime that choose foreigners as their major protagonists and keep Japanese ones aside. In this article, we are going to discuss the top 10 foreign characters from different anime with their full synopsis. So make sure to read this article till the end.

Anime doesn’t only entertain us with amazing storyline and epic scenes but also educate us with the values of different cultures and things that exist in this world. Understanding humans and emerging in other’s cultures is the best thing a human can do in his/her life. Culture unites everyone with a string of unity and creates a sense of brotherhood in the heart of people. Now let’s come to our main topic.

Dino is one of the most charming characters and deserves to lie on our list for sure. He is a smart blonde guy who belongs to Italy. He is able to speak Japanese perfectly and is quite talented. He sometimes flexes a little and always chases Maika, a girl of his dreams. This character will always entertain you whenever he appears on the screen.

Well, who doesn’t like mystery, and if someone is as mysterious as Richard, then he may become the National Crush of Otaku World. This character is very mysterious and speaks many languages. He is extremely smart and handsome and runs the Jewelry shop with equality and respect. He belongs to an English family, but his mother is a very famous French actress, and her granny was Sri-Lankan. He got way more exposure to the world from his family itself.

Xianming Lin or Lin experienced a harsh childhood and lived his life in Poverty in Chinese streets. He came to Japan for the work of an assassin. He also needs to find his sister, who was lost somewhere in Japan 9 years ago. He loves to wear female attire as this helps him to hide his identity and make him feel closer to his sister. His epic fashion sense in enough to grab the spotlights.

According to me, Vinland Saga is one of the cleanest and best storyline shows. The son of the legendary warrior Thors is undoubtedly one of the most hyped characters ever. He belongs to Iceland but later leaves his home and then finds a different purpose in life. Thorfinn is extremely smart and fast and can kill even large warriors with his speed and accuracy.

Akko is a very kawai girl and someone with whom you want to be friends. She belongs to Britain, but her interest in Japanese people and their culture never died. This anime itself talks about Racism, Hatred, and other worrisome elements of society that need to be thrown out. This is a must-watch anime if you are looking for something motivational this weekend.

Yu-Gi-Oh has a very diverse and huge fanbase and constantly increasing at full pace. After the announcement of the upcoming Yu-Gi-Oh: Go, Rush, fans have a lot of things to celebrate. This character of the evergreen series is one of the fan-favorite. He had a tragedic past as her wife died after three years of marriage. In the hope of bringing her back, he went to Egypt and started looking for some mysterious powers.

Tina Foster is an American-born girl who moved to Japan and lived long enough that she can’t speak English properly now. She is in that position where she is confused about her hometown as she doesn’t get the same feelings either to America or Japan. Later, she met some amazing people who made her love Japan and finally, she accepted Japan as her hometown.

Victor is one of the major protagonists of the famous anime Yuri!!! On Ice. His voice acting and acting are so good that they made him win multiple awards all over the world. He belongs to Russia and has a marvelous talent for skating. He won several world titles in his career. Yuri, Our Protagonist, always conceptualizes him as his ideal and sets his dream to become just like him someday.

Asuka is the poster girl who belongs to half German and half American communities. She was raised in Germany but had an American citizen as her father was an American national. She had a little problem in reading Kanji but could communicate well with others in the Japanese language without any problem. She was a very smart girl who managed to get admission to a University and secured the Evangelion unit-2 degree.

Johan Liebert is one of my personal favorite foreign characters in anime and the one who definitely deserves to rank on top of our list. He is the major antagonist of the famous manga and anime Monster. He is a ruthless and psychopathic killer and indeed very cold-hearted.

His ultimate goal is to be the last one alive and to kill every other being who lives. But later in the series, we find out something else about him. It is not Johan alone who commits the heinous acts. As said by himself, the Monster within him was about to explode. So, in order to stop the said monster, he decided to commit the perfect suicide.

Top 10 Anime like Tokyo Revengers That You Should See

ShinePost Anime: What is it About? Cast, Plot & Teaser