Top 10 Cutest Neko Characters In Anime That You Should Remember 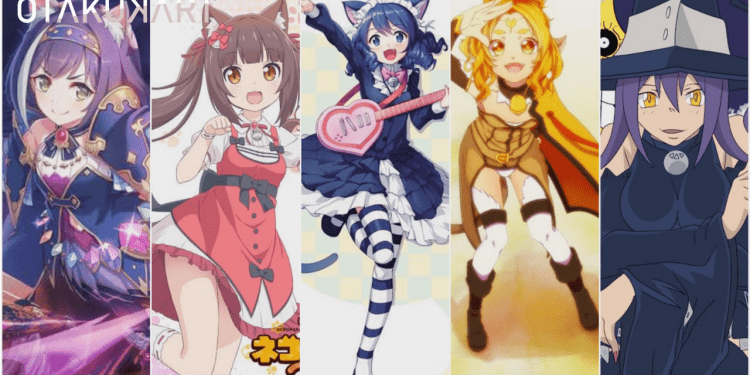 When one thinks of cats, they immediately think of their cute eyes and paws, though some think it to be creepy. However, only the weebs and the cat people know the actual cuteness of cats. Everyone loves to watch cute cat videos and TikTok. Cartoons like Garfield and memes like Nyan cat have successfully run so long by featuring a cat. Cats are made into all sorts of things. But, the Japanese anime creators have gone overboard with this concept. They have given birth to Nekomimi. Thus, a whole world of cat-like human beings awaits to be discovered: The Nekomimi!! Nekomimi is the literal word for cat ears in Japanese. It is generally used to refer to a catgirl. However, they are also given a few more names like musume, nekojin, and Neko. They are human-like creatures, especially a female that either behaves like a cat or has physical features like tails and ears. So, here we shall discuss some of the cutest neko characters in anime.

There are several levels of catgirls that have been rated on their catness. The list begins with characters that impersonate a cat. They resemble a cat through their behavior. They need not wear any costumes or have fancy tails and ears, while some are cosplayers. They behave like a cat after wearing headgear or a full-on cat costume. However, few of the characters are generally humans that can turn themselves into a cat. The transformation generally gives their character a boost. Leone from Akame Ga Kill is the best example in this regard. Some characters are feline beings and belong to an entirely different race. They have full-fledged cat ears and a beautiful tail. While you still decide which tier of catgirl suits you, you can check out a few feline beings from our list of top ten cutest Neko characters in anime.

10. Kyaru from Princess Connect! Re: Dive

Kyaru, originally sent by Kaiser Insight to spy on Yukki and murder Pecorine, forms a friendship with them. Due to her sweetness, she ends up getting close to them. Divided between her mission and her love, she is always undecided on what to do. She belongs to the top tier of Nekomimi and has cat ears and tail. She behaves exactly like a cat and has certain quaint behavior of climbing and sneaking around. She is adorable and definitely belongs to our top picks for Neko characters.

Nekopara is originally a visual novel that also has an anime adaptation. It is a sweet little anime with a number of catgirls in it. Chocola is one of the Neko girls in the anime series. She is super cute, and in addition to her adorable cat-like behavior, she wears costumes and even carries a bell around her neck. She is full of enthusiasm and rarely scared. She helps out Vanilla at the bakery.

Alicia Rue is different than any other catgirl you might come across. She defies the conventional ears on top. The character was made to have ears on the side of her head and wears a bell. She belongs to the top tier of Neko girls and uses weapons that resemble a cat paw. She was seen to appear in the Fairy Dance Arc of SAO. She is the absolute lord of the Cait Sith race. She is super cute with her cat-like appearance and Neko manners. Be sure to check this character out if you are a hardcore Neko fan. She is a great addition to the list and quite well deserves her spot.

‘Show by Rock!!’ is quite an interesting anime, and if you are interested in musical anime, then you are going to love the series. Cyan is originally not a Neko character. However, as she gets stuck in the video game, she finds herself to be one. If you are into shy kawaii girls, then you will fall for Cyan. Not only that, but she also wears an outfit that instantly reminds us of a maid’s outfit. Hence, you kind of get the best of both worlds.

She has cute black cat ears and tail and looks adorable when she is performing. You can also play the game, and you might even find her all the more attractive. Like a Neko, she is quite straightforward and gentle. We bet that you would want to pet her as soon as you get to see her on-screen. She is one of the most innocent in our top 10 cutest Neko characters in anime.

Blair is not just an ordinary Neko character. Her magical powers reside in the fact that she is a cat and can transform herself anytime from a cat to a human and vice versa. Maka and Soul had first thought her to be a witch, at which she was quite offended. As a cat, she has large yellow eyes with purple fur. This could be the reason why her hair is purple when she turns into a human. Her personality is just like a cat: playful and mysterious. However, she also is very perceptive about her surroundings. She tries to be understanding and tries to lighten up everyone’s moods around her. Now, who wouldn’t want a Neko who can change to human form anytime and also be such a nice person?

Neferitpitou is a dangerous cat-like Chimera Ant. He is considered deadly by many and is responsible for the death of Kite. He has full-fledged cat-like traits and a couple of physical features like ears and paws. He is seen most of the time seen licking his paws and showing off his Neko self. After having killed Kite, he used his corpse to train his fellow Chimera Ant army. Neferipitou drew a great amount of attention when he killed Kite. Cute and fatal might be the two most appropriate words describing him.

Nekopara is such an anime that has quite several Neko characters. However, not all can be included in our top 10 cutest Neko characters in anime. Vanilla is the twin sister of Chocola, and as the name suggests, she has white cat ears, tail, and even hair. Through her hair has some pinkish hue to it. She dresses in the lolita fashion and looks adorable! Vanilla also has a personality of a cat, but it differs a lot from her elder sister. She is extremely quiet and calm. She is stoic like a cat. Some fans even consider her to be a kūdere. Hence, if you are into kūdere and also love Neko characters, then Vanilla must be the new favorite on your list.

Eris is a sixteen-year-old scout sent by the Caitan people to Earth. She is from the planet of Cat Planet Cuties. She was sent as an emissary by the Caitans. She is too sweet, and with her cat features, she can easily win you over. She has cute little cat ears and a beautiful cat tail. She is extremely friendly and easy-going. She makes friends with several cats on Earth. Her love interest in this anime is Kio.

Yoriko Sagisawa could be considered as one of the cutest Neko that one can come across. Also, De Capo was quite emotional in the end and had our sympathy for Yoriko. However, Yoriko is actually the cat, and Misaki is the human form. Though Yoriko becomes a maid with cat ears, we fall in love with her big eyes and brown hair. She does behave like a cat and a human. It was also interesting to see how she settled in the world of humans and also overcame her fear of going out in the world alone. If you are into maids and cats, then you have got the best combination character from our list of the top 10 cutest Neko characters in anime.

Now since it is the year where the release of Spiderman created massive hype among people, how about a Neko girl that has cat genes injected into her body? Ichigo Momoya is the protagonist of the series Tokyo Mew Mew and the leader of the Mew Mews.

She can transform into a cat at her will. She is transformed into a perfect Neko girl with a pair of pretty cat ears. She has a collar and even a tail, for that matter. It was shown in the anime that her DNA was combined with that of an Iriomite cat. Therefore, she is a half-human being and half-cat.

Also Read: 10 Best Scenes From Ghibli Anime That We Loved