Here's the list of best lightning users in Anime... 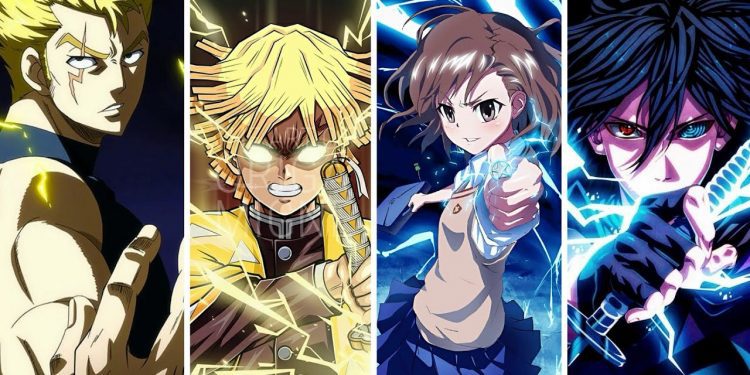 Undoubtedly we all love anime, and coming up with crazy theories is the habit we all have in our veins. We all want to know the possibilities, even if they are impossible to happen in real life. In this article, we will pick characters from random anime who practice Lightning powers and rank them according to their power levels. We will also discuss their source of power, how much destruction they can cause, and the intensity of their attacks on tough opponents. There are a lot of things wrapped in this single article, so make sure to read this article till the end.

There are lots of powers we have witnessed in Shonen and other genre anime, but lightning power always keeps an edge over others as it makes characters sassy and cold as other powers simply can’t make. Now the use of lighting is becoming a lot popular, and every other title at least reserving a character that can use the lighting attack to gain popularity. Even special effects are described in the form of lighting as they attract the maximum attention of the audience. Now let’s move to our ranked list.

Note: This ranking is based on the author’s POV, and your opinion may differ from the following list.

Every One Piece fan will agree with the fact that Eneru was one of the most underrated villains of the series. He proclaimed himself the God of skypea. He gave a very tough fight to straw hats and even burned our Sanji with his lightning attack. If Luffy didn’t eat the Gomu Gomu no Mi, as rubber acts as an insulator for Electricity, it may become very hard for him to defeat Eneru. Eneru ate the Goro Goro no Mi, which allowed him to convert into light and emit powerful electricity attacks.

If Lightning power is the topic, then Killua should need to be mentioned. Messing with this guy can be a mistake in your life, and he is just too good at stealing people’s hearts. His lighting power is beyond the limit and can electrify large and powerful enemies. He even destroyed one of the guards of the king in Chimera Ant arc in Hunter x Hunter anime. Besides all these, he is a good-hearted guy and the best friend of the main protagonist Gon.

Every Naruto fan knows how talented Uchihas are, and you can expect the same level of talent from the daughter of Sasuke Uchiha. Sarada is indeed very talented and capable of performing the same attack as Sasuke. By using her Sharingan, she can even increase the intensity of lighting in her attack. Her moves can destroy enemies as her lighting power can be mixed with the super humane strength of Sakura.

Kamenari Denki is one of the most charming characters from Boku no Hero Academia, and he is also one of the most unpredictable heroes of the UA. His high voltage shocks and electricity are enough to down any villain. He even defeated many villains in his career and is currently on the road to becoming one of the strongest heroes ever.

Pikachu is one of the most popular characters in all of the anime genres and the most loved pokemon of the main protagonist Ash Ketchum. His all attacks are based on electricity. His thunderbolt is a very powerful attack and defeated many pokemon only with this one. He is the most trusted pokemon of ash, and he uses him only when the situation is very critical, or the opponent is just too smart.

Sasuke Uchiha is the second most important character of the series Naruto and Naruto Shippuden. He belongs to the Uchiha clan and possesses Sharingan in both of his eyes. He learned the lightning attack called Chidori from the copy ninja Kakashi Hatake and mastered it on the expert scale. Using his mangekyou Sharingan, he further improved his lighting attack and made it one of the most fierce ninjutsu of the series.

Zenitsu is the most unpredictable character in Demon Slayer: Kimetsu no Yaiba. He is capable enough to perform the most powerful lighting attack and defeat even high rank demons. The only consequence of his attack is, He can only perform it only when he remains unconscious. He knows only one technique, but this is enough to make you shout in your place.

3. Sinbad Of The Seven Seas: Magi

This guy is crazily powerful and holds an extreme amount of electricity in himself. He was born for the life of Electrifying justice and a peer of Meliodas who reached the Diamond Rank. His electricity emitting as well as lightning speed overwhelms opponents to great extent. His lighting sword is capable enough to take down powerful beings with ease.

Naruto’s world is filled with mystery, emotions, and too many legendary characters. A is simply the most powerful electricity user in Naruto, and Sasuke and Raikage together fall shorter in front of him. He gave a very tough fight to allied shinobi forces. Being in re-animation jutsu, he couldn’t use his powers with full potential, but still, he showed everyone Who the true boss is. He is indeed the most powerful character in our list for sure.