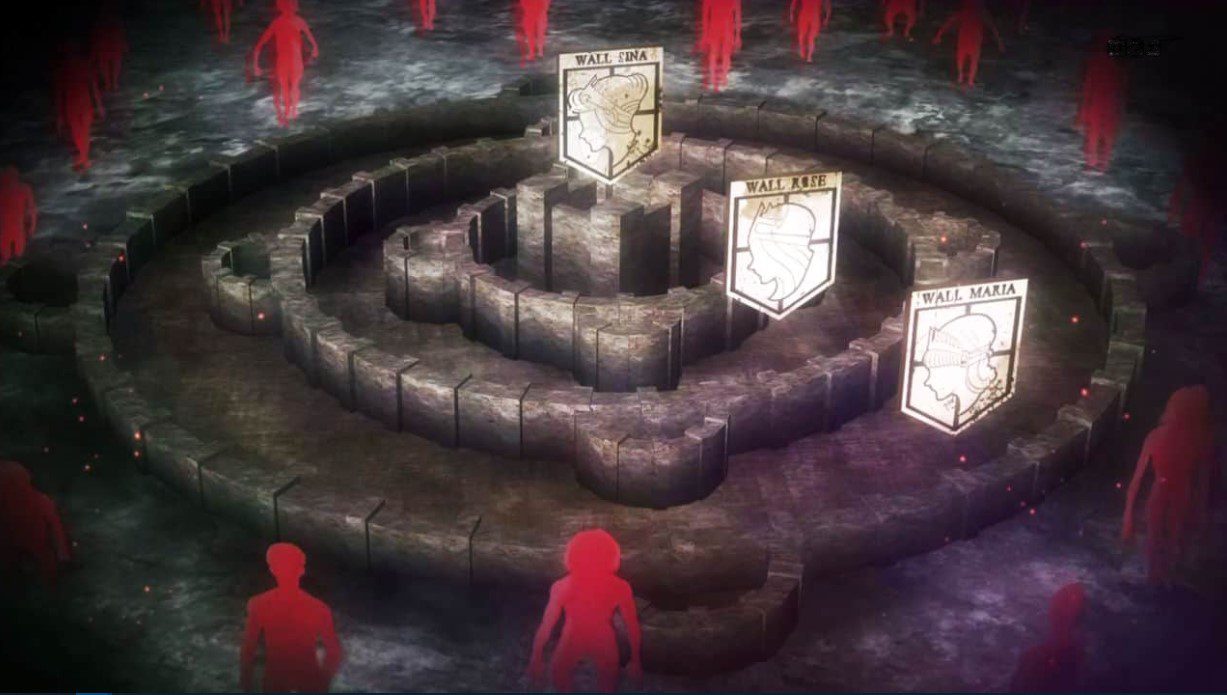 We cannot talk about Attack on Titan anime and leave out the Attack on Titan Walls because that is one thing fans wondered when they first saw the anime. We know anime is vast and strange, so it would not be surprising if we saw something we have not seen before. Some anime have shown what appears to be physical boundaries over the horizons that characters can’t even transcend.

And even that alone was not one of the strangest things we have seen. But still, this only piqued interest of the viewers as they wondered how such things work. So like we have seen from Attack on Titan, we have known about walls but only got to understand more about them as the series continued.

So at first, we would think that they were brick walls only meant to stop the titans. To simply put it, take away the walls from Attack on Titan, and then we will not have much of a story to talk about. Because from the beginning of the anime, we understood that the humans inside the walls were the only civilization left, and there was nothing out there except for Titans who would roam around looking for any stray humans to eat.

So as a new fan who just started watching such an anime, then you would b bound to follow its logic and assumption that the original story that was told is the true real one. But as we know, when it comes to anime and manga, everything changes according to how the writer wants it to. What was revealed at first could just be a misconception or a kind of knowledge only limited to one individual.

If you don’t have in-depth knowledge about Attack on Titan Walls, then we will start by looking at the simplest of their details. But according to legends, the walls seem to be named after the three daughters of Ymir, the founder. And we should remember that there are three walls as we know them from the anime and the manga. 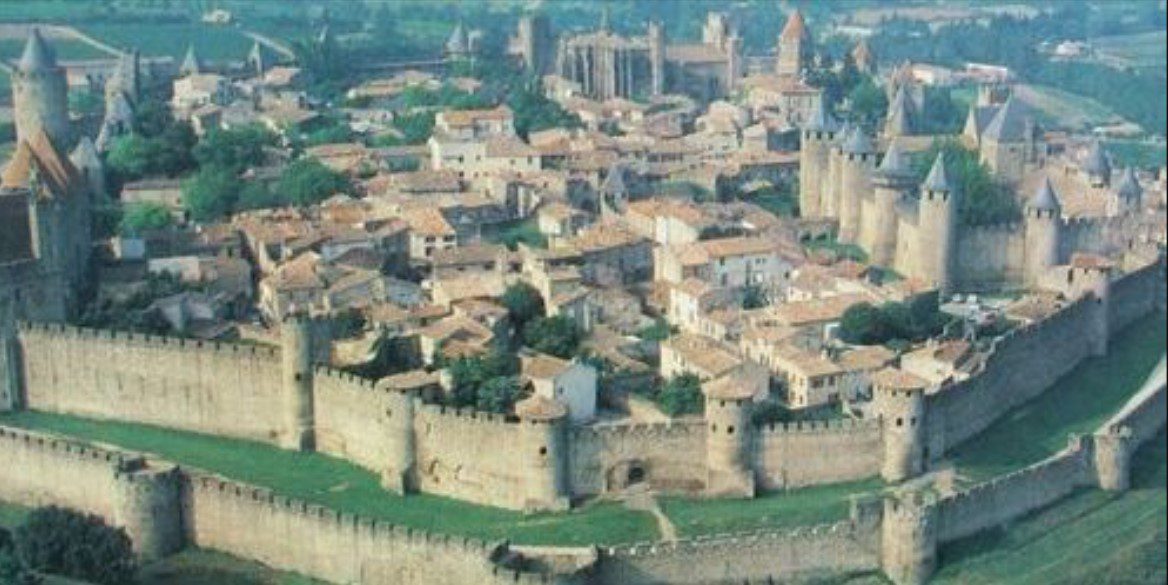 The walls in Attack on Titan are the three large structures that are located on Paradis Island, and they guard the remains of Eldia. They are said to be built by the 145th king of Eldia, who is known as Karl Fritz, and this happened one century ago, and he used countless Colossus Titans to do so. This was an attempt to stop other nations from attacking Paradis island when they threatened that the King would unleash the Titans inside the world if they tried to attack the Island. Just as a spoiler, if you are up to date with both the anime and the manga, Eren would move to free the Titans within the wall initiating the rumbling.

The walls are as massive as the colossal titans crunching down. So they could reach 50 meters high from bottom to top, and they were strong but not really indestructible. We managed to see this when the female titan managed to damage part of the wall Sheena when she tried to climb over it. The Beast Titan was also able to break off the pieces of Wall Rose and use them as projectiles.

Let us look at each of the respective walls in detail so we get to see how people from Paradis Island used to protect themselves from the Titans who would occasionally attack.

Wal Maria was the outermost wall of the Paradis Island, and like the rest of the walls, it was around 50 meters high; in 1845, it was breached by the Colossal Titan and the Armored Titan. Its territory was lost to the Titans during this time, and six years later, it was repopulated when the hole in Shigashina District was sealed by Eren, leading up to the killing of all the remaining titans who resided within the district. 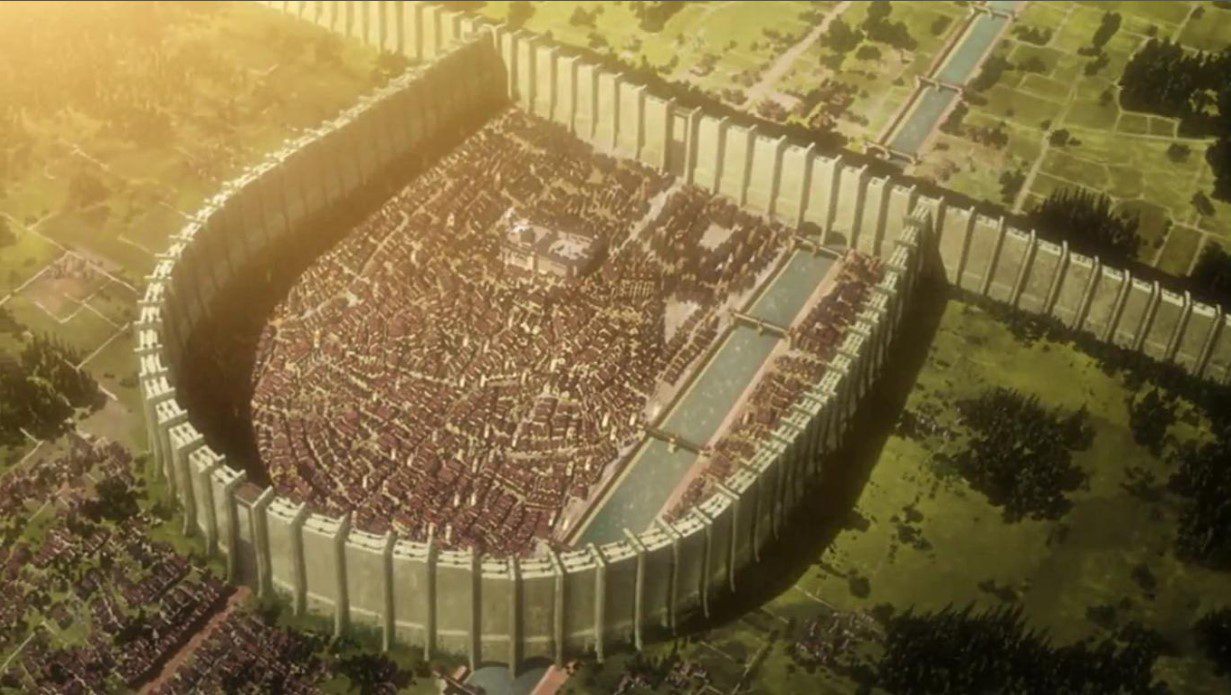 There is also one incident known as the Fall of Wall Maria. This happened tragically, and it began when the Shigashina District was under the attack from the Colossal, Armored, and the Female Titan. The inhabitants of Wall Maria were then forced to retreat back into Wall Rose because the Titans had entered humanity’s territory. So it was no longer safe for them to stay within the district. This event was even said to have happened for the first time in 100 years, so it became a huge surprise to the citizens and the leaders.

As the second outermost wall and following Wall Maria, it was breached by the Colossal Titan in 850, but the breach was also sealed by Eren with the assistance of the survey corps. It used to be thought to have been breached once again when the Titans appeared inside it a little over a month later than that. But the Titans turned out to have come from another source. 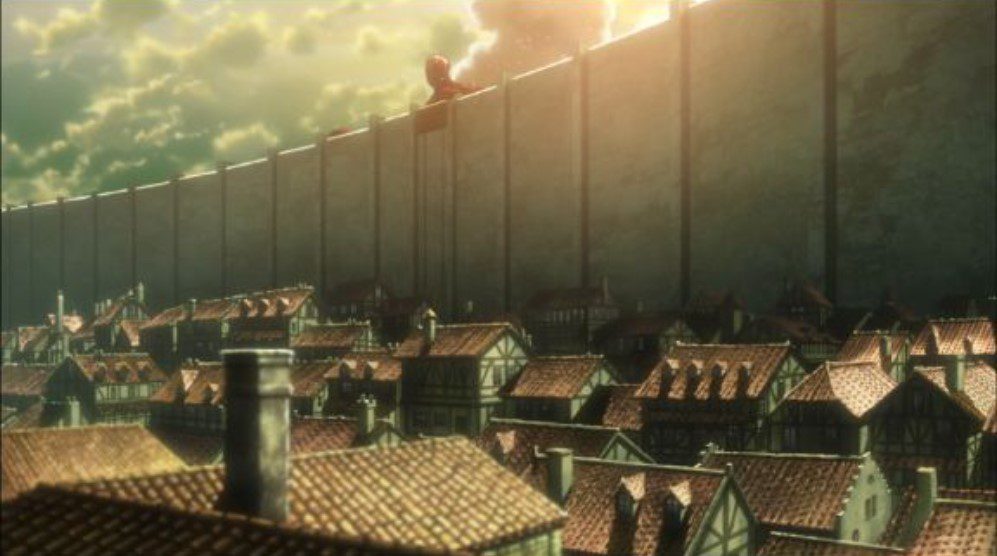 The anime explored quite different events in the anime. Because we also saw events like Wall Rose Invasion, something that we never thought we would see due to the confidence that we had in the survey corps and the Military. During Wall Rose invasion, the Beast Titan had turned the Ragako inhabitants into mindless Titans who were wandering around Wall Rose. Eren was almost captured during this incident by the Colossal and the Armoured Titans, but it was thanks to the combined efforts of the Military that he was retrieved, and Wall Rose was cleared of all the Titans.

Wall Sheena is the innermost wall in Attack on Titan, and it protects the kingdom and district where the King used to reside along with other noblemen. The cities of Wall Sheena were protected by the Military Police, who served under Rod Reiss during his time. There is an underground and poorer society, which is more prone to crimes within the district. 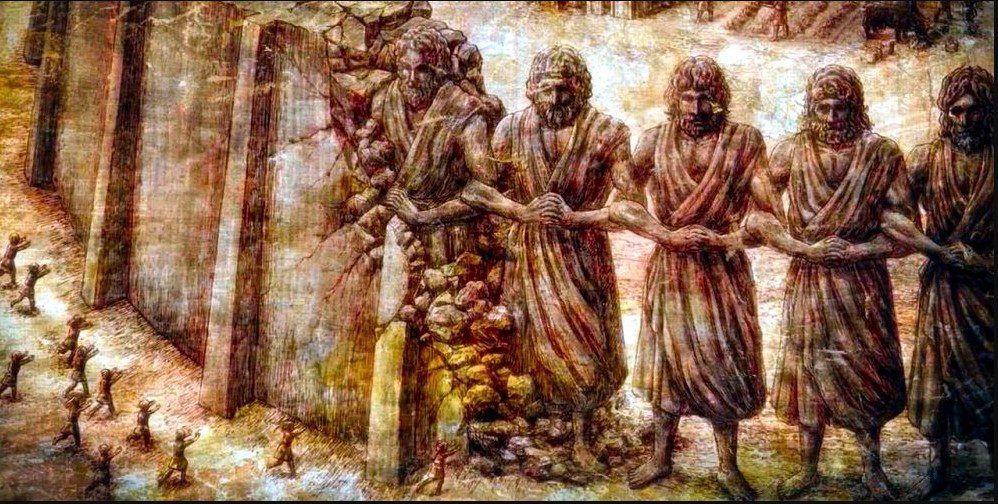 Titans in The Walls

As the innermost wall in the city, the breach of Wall Sheena would have probably spelled disaster for Paradis Island because there would have been probably no way to recover from such an attack. This explained why when the series expanded, the survey corps started to hunt out the Titans, so they stopped the frequent breaching of walls.

Because every time this would happen, it means that the Titans have found a way to attach that works. But what was more important to the series story was exploring the outside world and revealing the real truth about the walls and what exists inside them.

Also Read: Eren And The Bird At Attack On Titan Ending – Explained

What Is Inside The Walls In Attack on Titan?

As we had seen several times in the series and when it was later revealed and officially confirmed. The wall is actually made of a lot of Colossal Titans standing next to each other. And they would serve as the absolute defense of the Island should anything happen. At least, that is how the outsiders thought of it.

But the reality was a bit more complicated because there were many limitations and specific requirements that must be met for the Colossal Titans inside the walls to be freed, as we had seen when Eren did it. So should the outside kingdom had such knowledge, they would have planned out an attack and probably managed to subdue the Paradis Island before they could fortify their defenses. 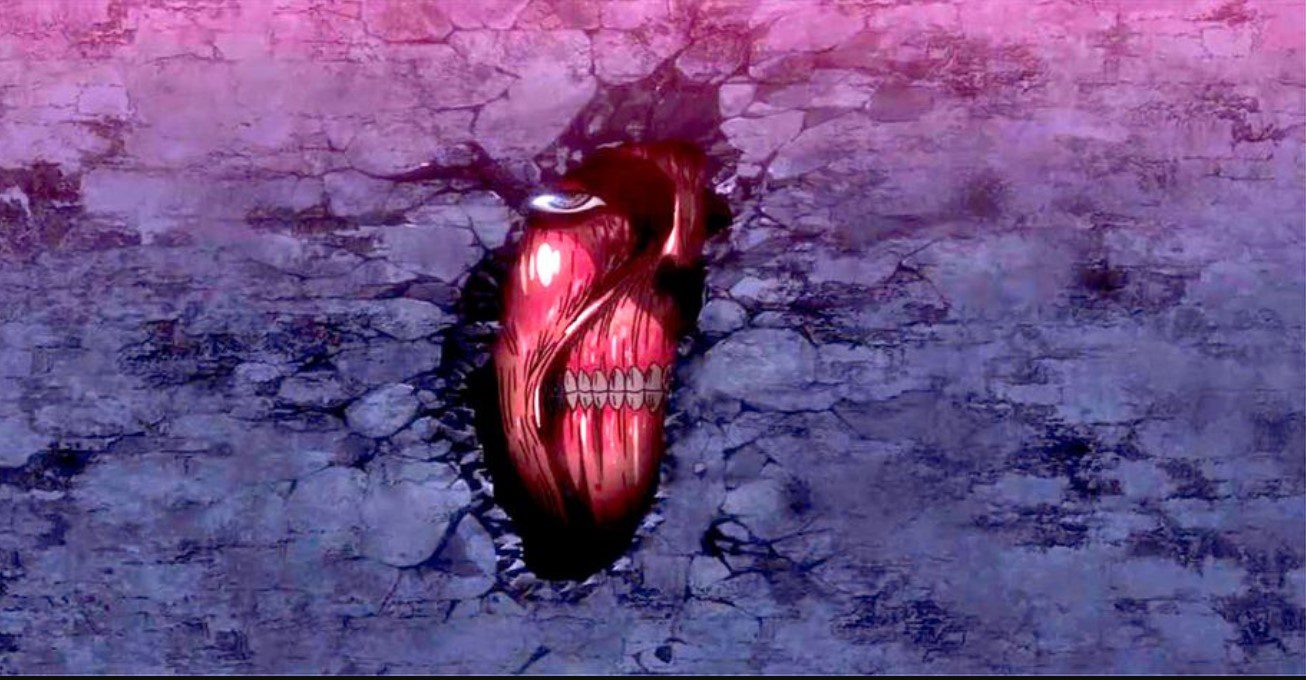 What Is Inside the Walls?

So as the series continued, much information was revealed about the Titans and how they work. Then we also got to know about Zeke and Eren’s plan that twisted the story. And when the anime changed studio as well, a lot of things changed, like how Eren used to be. He managed to deviate from his original ambition of killing all the titans out there so everyone could live in peace. And that in itself took off the hype from the story and saw the Attack on Titan Fandom upset.

Also Read: Attack On Titan Final Season Part 3 Premiere: What will be the Endgame for Eren?