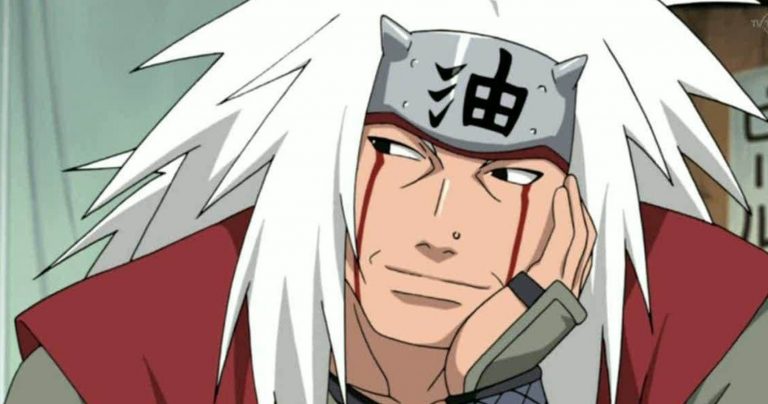 Jiraiya is a character from Naruto. He’s a powerful hermit Ninja that traveled the globe seeking wisdom & knowledge. In this article, we present our reader’s ten of his best pearls of wisdom, wits he acquired in his journeys across the world.

Death is a certainty in the cycle of life, what we become during our lives, according to the belief system of the shinobi matters little to as how we die.

The true measure of a shinobi isn’t how he lives, but how he dies

9. Jiraiya on mindfulness and a place in our hearts

There’s an aspect of combat that motivates every warrior, and that is the longing for someone to care, companionship, and a sense of quiet after the shock of battle.

Wherever someone thinks of you, that’s where home is

8. Jiraiya on dealing with Rejection

Learning from failure is a positive way to get a grasp of the harsh realities of life.

Rejection is a part of any man’s life. If you can’t accept and move past Rejection, or at least use it as writing material, you’re not a real man.

The route of self-discovery and becoming is a long one. Every shinobi is on a quest for self-improvement, and through perseverance, victory becomes the goal.

A person grows up when he’s able to overcome hardships. Protection is important., but there are some things that a person must learn on his own

6. Jiraiya on the Pursuit of Happiness

Happiness is an emotion that isn’t kin to warriors. Many go to combat with a grin, while not so many find themselves caught in haywire of emotions.

Getting dumped always makes a man stronger. But then again, men aren’t meant to pursue happiness

5. Jiraiya on the levels of kinkiness

Oscar Wilde once wrote that the best way to rid yourself of temptation is to yield to it. Jiraiya takes this to the extreme when it comes to his peculiar tastes.

I am not a pervert, I am a super pervert!

4. Jiraiya on dealing with hatred

Hatred is a strong emotion that can harness the worst inside a person, pushing them to commit heinous acts.

I can tell that hatred is spreading around. I want to do something about it. But I don’t know what to believe. I think that someday the day will come when people truly understand one another.

The last words of Jiraiya, as he reckons, Naruto might remind us of the central character of the series, the feeling of happiness that we experience as a story reaches a logical conclusion.

“The Tale of Jiraiya the Gallant will end now a little better. This final chapter is glorious. When the time comes for me to put down my pen & quill, I will make a sequel: And the sequel’s name has a nice ring to it: The Tale of Naruto Uzumaki.

2. Jiraiya on the Way of the Ninja

The path of the ninja is a difficult journey towards self-improvement.

Never back down on your words. Never give up. That’s the ninja way. As your mentor, I have no business whining. Because the student’s ninja way should be the master’s too.

The only way to get to Carnegie Hall, as the famous quote goes, is practice, practice, practice. Jiraiya didn’t’ get to be the best by loafing around on his couch. He got to that point by challenging himself through the discipline fo perseverance.

A real ninja is one who endures no matter what gets thrown at him. There is only one thing that matters if you are a shinobi, and it is not the number of Justu you own. You need the guts to never give up, ever.