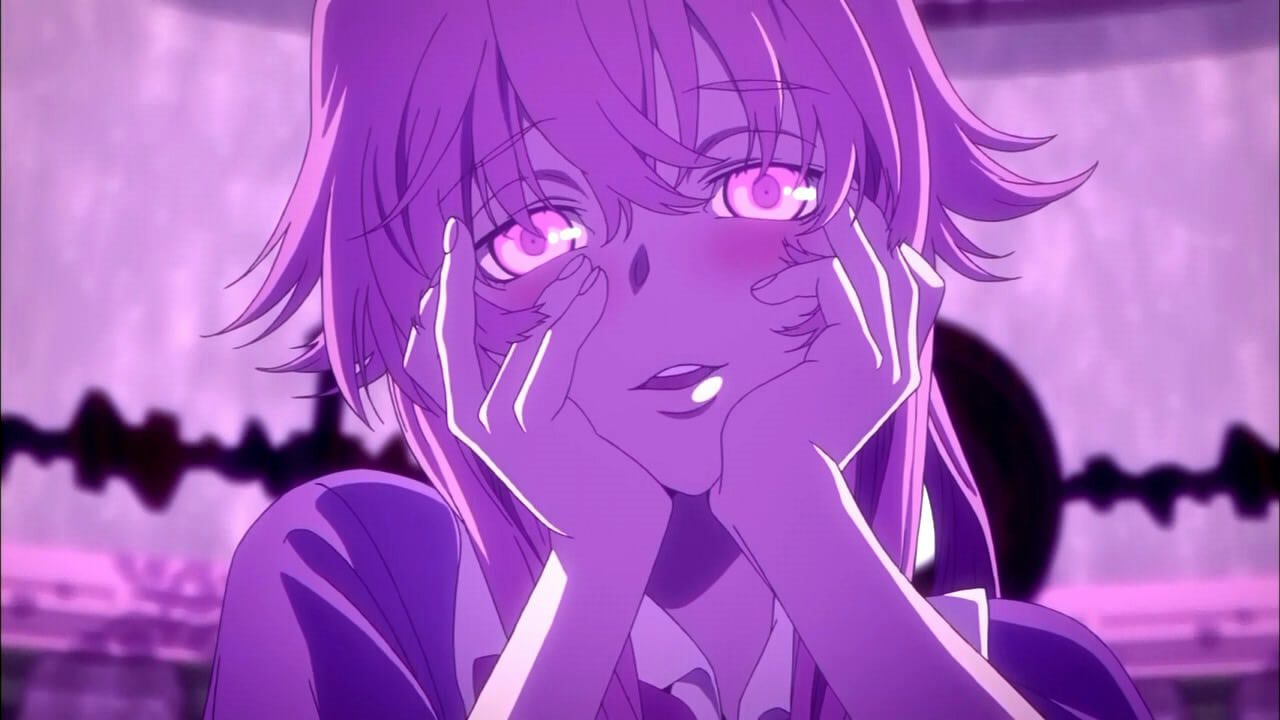 Looking at an anime recommendation for an anime similar to Mirai Nikki. There is quite a lot of anime we can look into. But we will pick the best out of them so that you can easily relate to what you have seen in Mirai Nikki. Also known as Future Diary, Mirai Nikki is one of the anime where characters have to show how intelligent they can be when their lives are put on the line.

So that is one thing thrilling to see in modern-day anime when things are not just about brute strength anymore. It is more like the survival of the fittest rule where the ones who adapt to new situations and change very fast are the ones who are likely to survive whatever ordeals they come across.

There is much anime like Mirai Nikki there, such that we can talk about them all day. But for time’s sake, let us look at what we have on the best of the best anime that will remind you of Mirai Nikki anime.

One of the craziest anime you might come across out there, combining some action with humor and still retaining the essence of modern anime. Beyond the boundary, anime is about a high school student, Akihito Kanbara, who instinctively goes to save his fellow schoolmate, Mirai Kuriyama, from committing suicide. 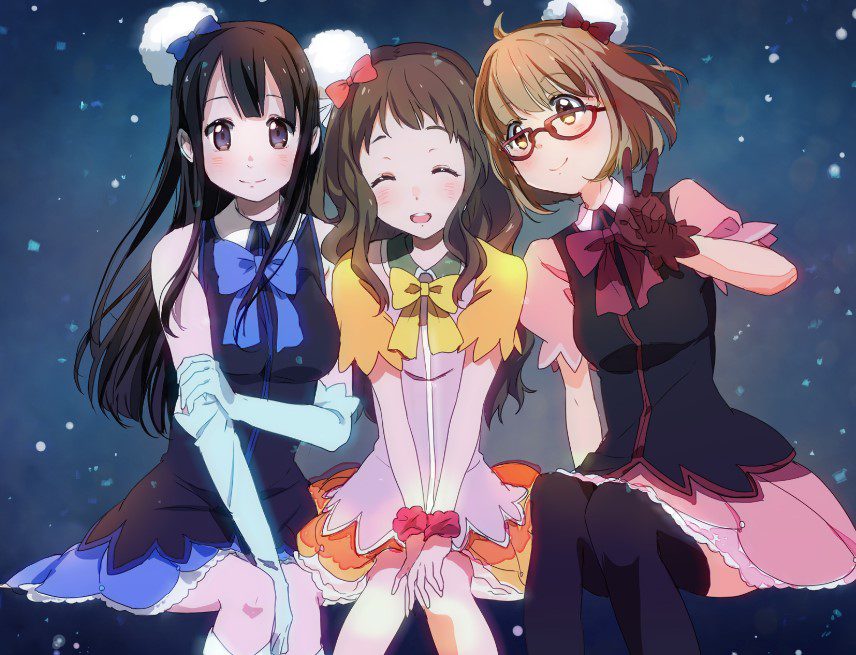 After this, Mirai stabbed Akihito with a sword that she formed out of her blood, only to be shocked to find out that Akihito is an immortal half Yomu. Mirai is a spiritual warrior specialist who protects humans from being affected by Yomu and is the last living member of her spirit hunting clan. After this encounter, their lives become intertwined as Akihito seeks to help Mirai gain the confidence to kill a Yomu instead of attempting to kill him as practice.

Eden of the East, or Higashi on Eden, is one of the anime like Mirai Nikki. The anime setting took place in November 2010 when 10 missile attacks struck Japan, but to everyone’s surprise, there were no casualties. The terrorist attack was then named Careless Monday as no one took responsibility when the attack took place. Three months later, a university graduate, Saki Morimi, visits the New York City capital for her graduation trip. While outside the white house, she encounters a naked Japanese man who is suffering from amnesia. 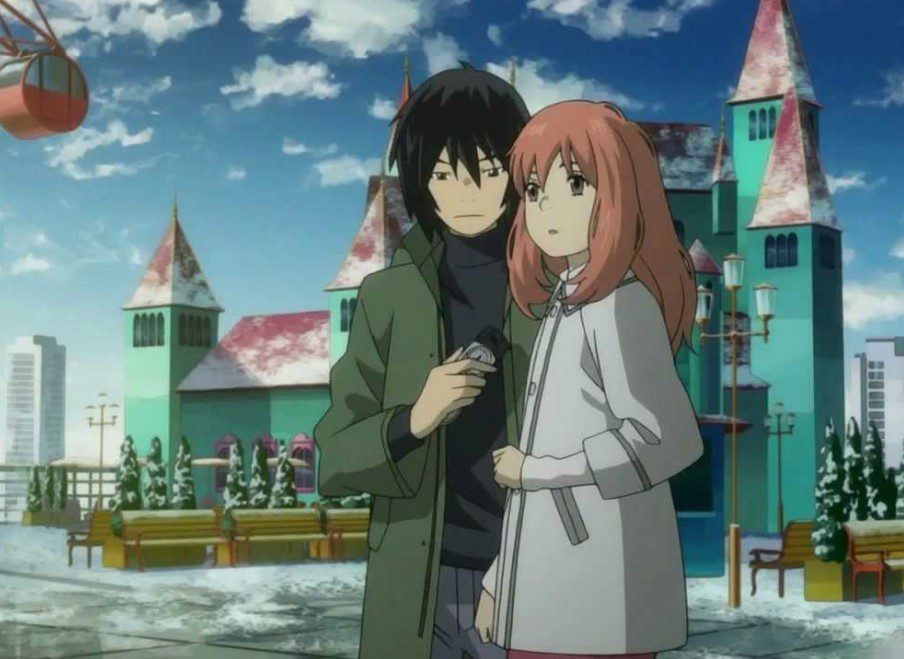 After receiving Saki’s coat, the man follows the directions of a concierge Juiz on his cellphone. He ends up in an apartment where he finds multiple fake passports and chooses the identity of Akira Takizawa. When Saki appeared to retrieve her passport, they returned to Japan as another missile strike took place. Takizawa then realized that his phone carried about 8.2 billion in digital money and that he had become part of a game where 12 people were given capital to save japan somehow.

This anime follows the events of those of the videogame with the same name. It is about a 16 year of high school students who have been locked inside “Hope’s Peak Academy,” a school they all attend. They are then threatened by an anthropomorphic bear named Monokuma, who gives them only one way to leave the academy. They have to murder one student and not be found guilty in the subsequent trial. 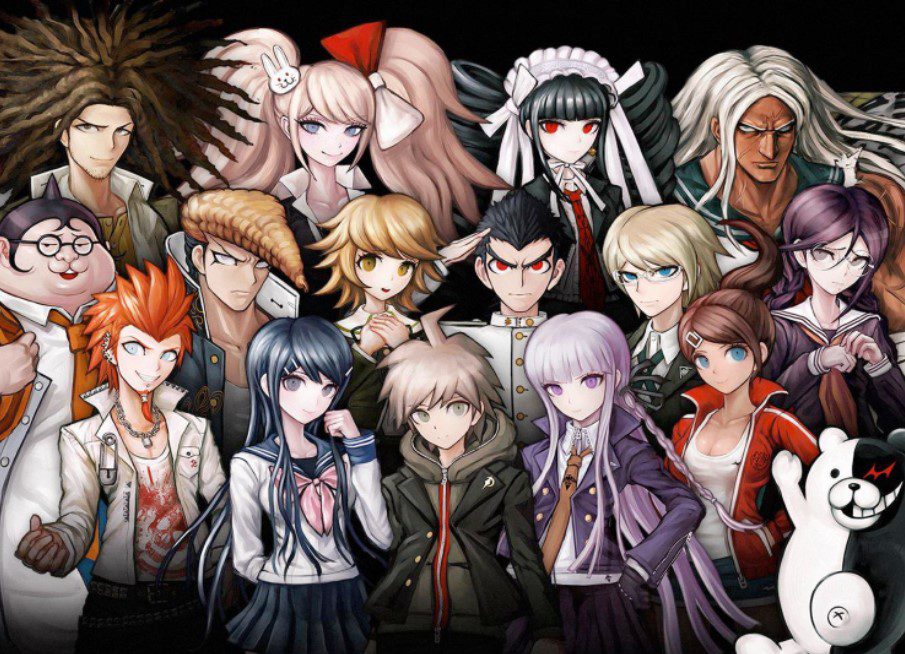 Also Read: 7 Anime Like Tonari No Kaibutsu-Kun That Will Warm Your Heart!

Everyone knows about death note and its highly intelligent main characters trying to outsmart one another using rules that come with the Shinigami and its book. So in a sense, this is also one of those anime like Mirai Nikki because the characters’ lives are always on the line here. In Tokyo, death Note anime takes place where a disaffected high school student, Light Yagami, finds the Death Note. A black notebook that can kill anyone. The user of the death note only needs to know both the target’s name and face. So initially, Light was terrified of the Death Note’s god-like powers. But he ended up considering the possibilities of the book’s abilities and kills high-profile criminals only to later target international criminals. Five days after discovering the notebook, Light was visited by Ryuk, a Shinigami, the previous owner of Death Note. Being invisible to anyone who has not touched the book, Ryu revealed that he dropped the book into the human world because he was bored and was amused by Light’s actions.

When a massive anomaly caused a great earthquake that ravaged Japan’s mainland, destroying most of Tokyo and Sinkin, three-quarters of the city into the pacific ocean, Ganta Igarashi, a seemingly ordinary student, attended Nagano Prefecture middle school. He is an escapee and a survivor of the great earthquake but has no memories of the tragedy while living a normal life. 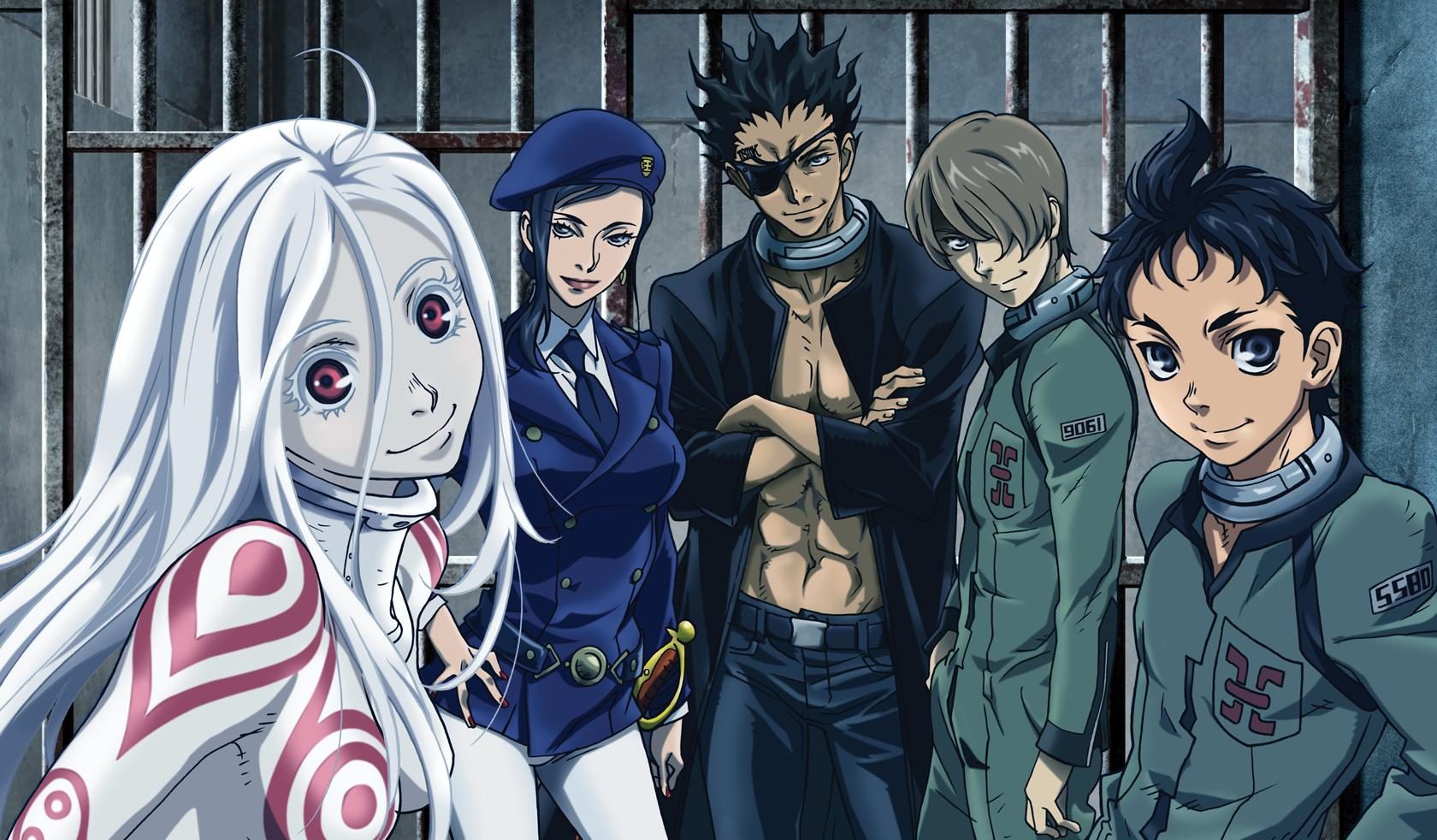 His life turned when a strange person covered in blood and crimson armor came floating through his classroom windows while grinning madly. The Red Man massacres Ganta’s entire class, and instead of killing him, the Red Man embeds a red crystal shard in Ganta’s chest. After a few days after the massacre, Ganta was placed on a trial as a suspect, and due to the evidence rigged against him, he was sentenced to death in  Deadman Wonderland prison.

Taking place in the fictional city of Mitakihara in Japan, a middle school student Madoka Kaname and her best friend Sayaka Miki encounter a young cat-like creature named Kyubey. It offers them a contract where a girl can have any wish granted to obtain magical powers and be tasked with fighting witches. A transfer student and a mysterious magical girl named Homura Akemi tried to stop Madoka from making the contract with Kubey. 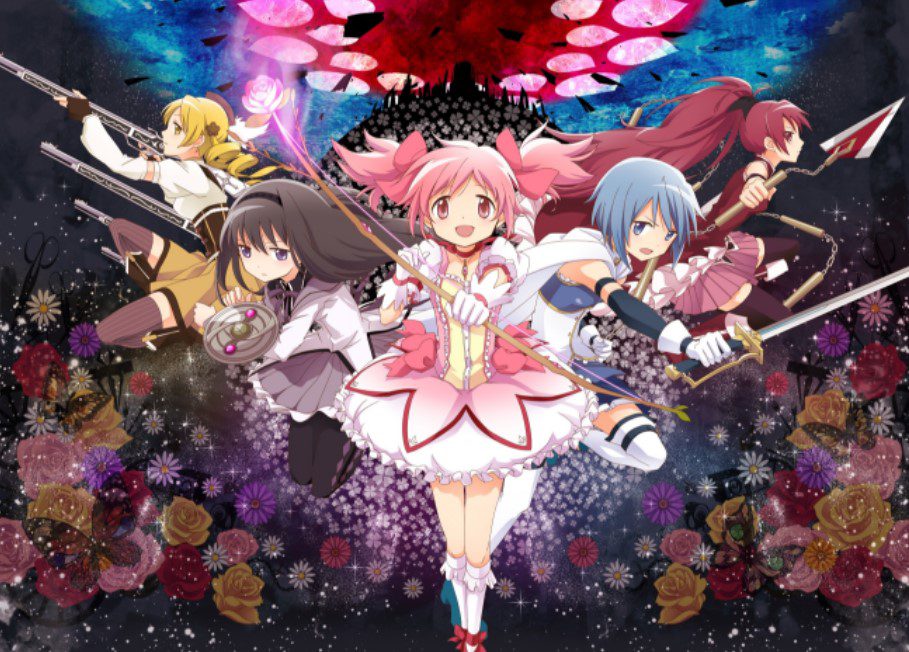 But Madoka and Sayaka met Mami Tomoe, who is their upperclassman in school. She was also a magical girl and needed to notice their indecisiveness on whether they would like to become. Still, Mami offered to take Madoka and Sayaka along on her witch hunts so that they could learn the responsibilities that come with being a magical girl.

Takes place before the events of the main story when a biological Hazard known as the apocalypse Virus bright on by the Impact event plunges Japan into a state of chaos. The event was then later named the Lost Christmas incident. While Japan was unable to contain the threat, it sought international help, and the united nations dispatched an organization known as the GHQ to their aid. Even though the GHQ managed to contain the threat and restore a level of normality, this ended up costing japan independence. 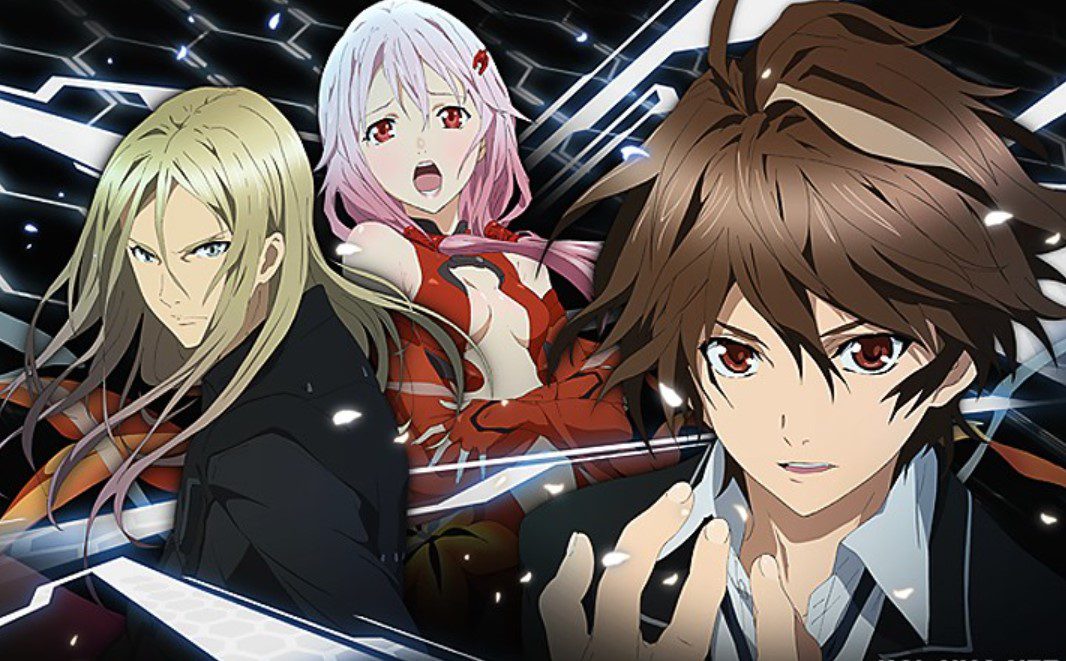 A popular Yomiyama North middle school student suddenly died partway through the school year. The teachers and students were devastated by this loss, and they ended up behaving as if Misaki was still alive, which led to a strange presence in the graduation photo. In 1998, Koichi Sakakibara transferred into Yomiyama’s class and met Mei Misaki, a quiet student whose classmates and teacher seemingly ignored him. The class was soon caught up in a strange phenomenon where students and their relatives just died out of the blue. 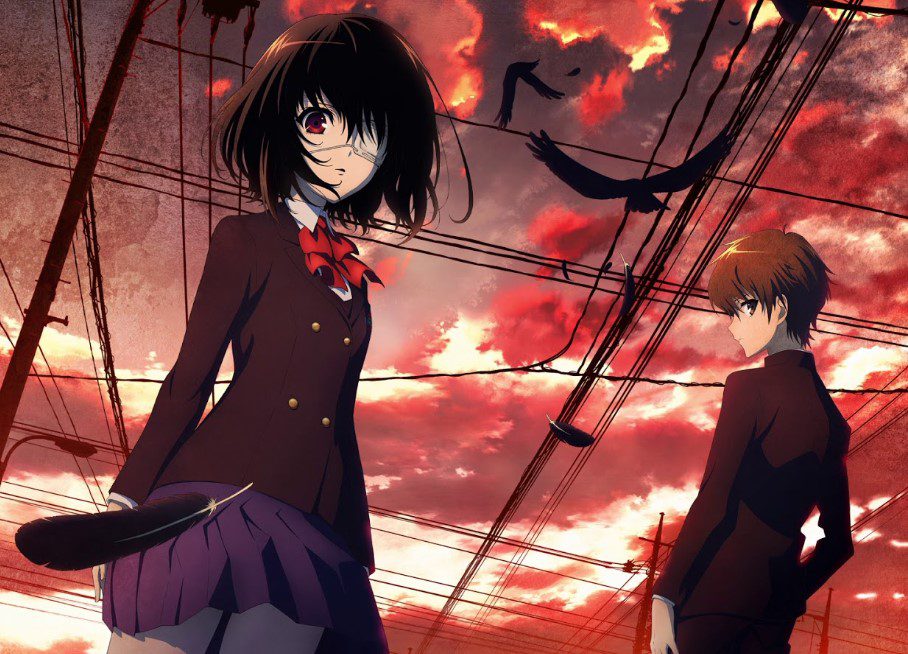 A two-horned mutant human species known as Diclonii seems to be the next step in human evolution. They have horns and strong telekinesis powers, but they can easily destroy humans with this great power. As humans started to fear their powers, they quarantined the Diclonii into a secret research facility to study them. But in a freak accident, an enraged female Dicloniusescaped and killed many guards. 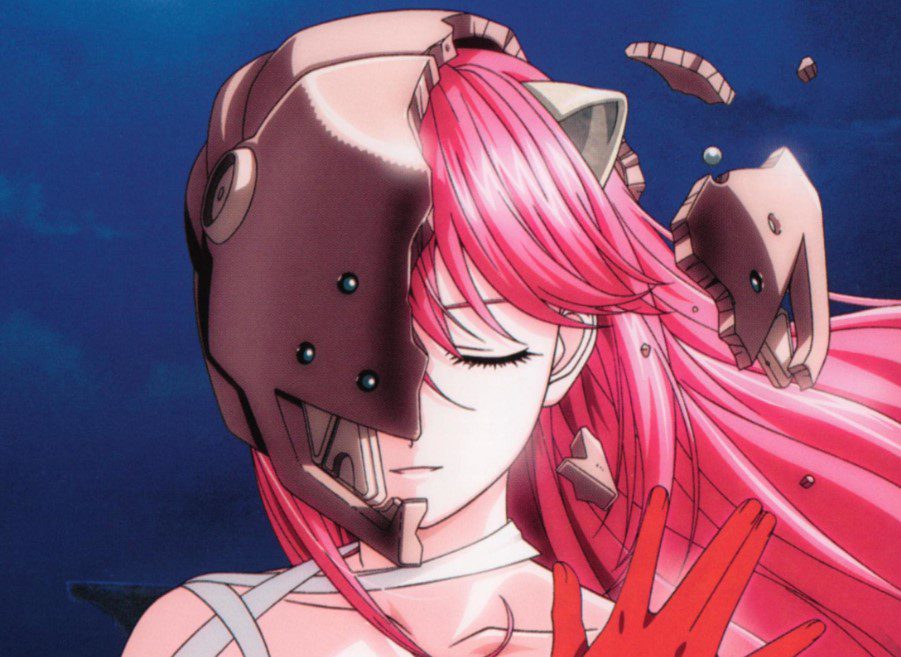 The female escapee appeared to have suffered amnesia, and after her escape, she fled to Yuigahama of Kamukura city. While there, she met Kouta and Yuka, who named her Nyuu, and they decided that they all should live together.

At the end of the list of the best anime like Mirai Nikki, we have Btoom. Those who know it have already seen how amazing this anime is and that it deserves a second season. When Ryouta Sakamoto found himself playing a Btoom video game where his life was put on the line, he had to kill seven people before they could kill him, and that was the only way to escape the game. 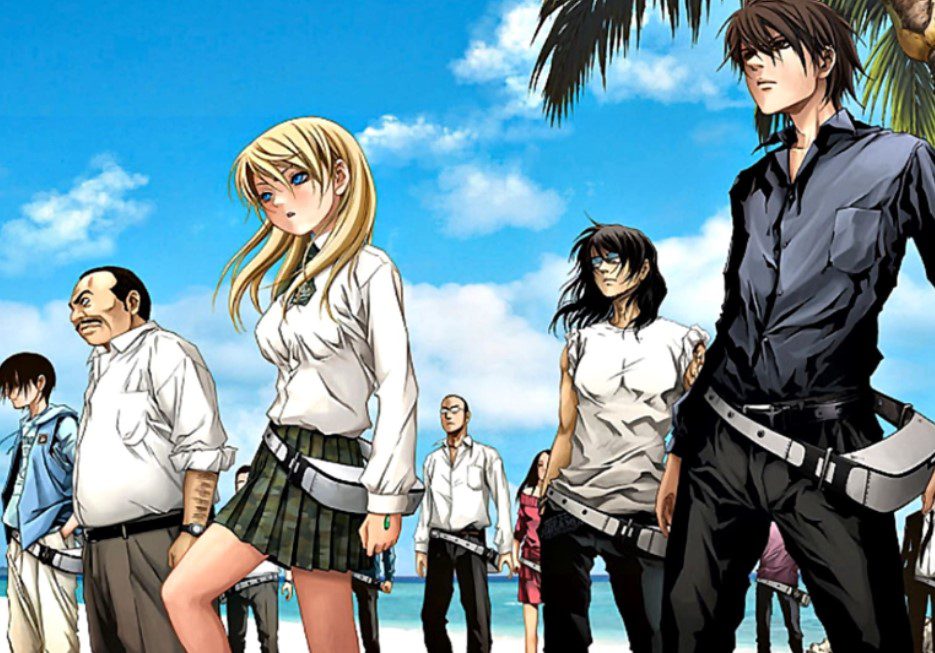 Also Read: Top Anime Like Danganronpa That You Need To Check Out