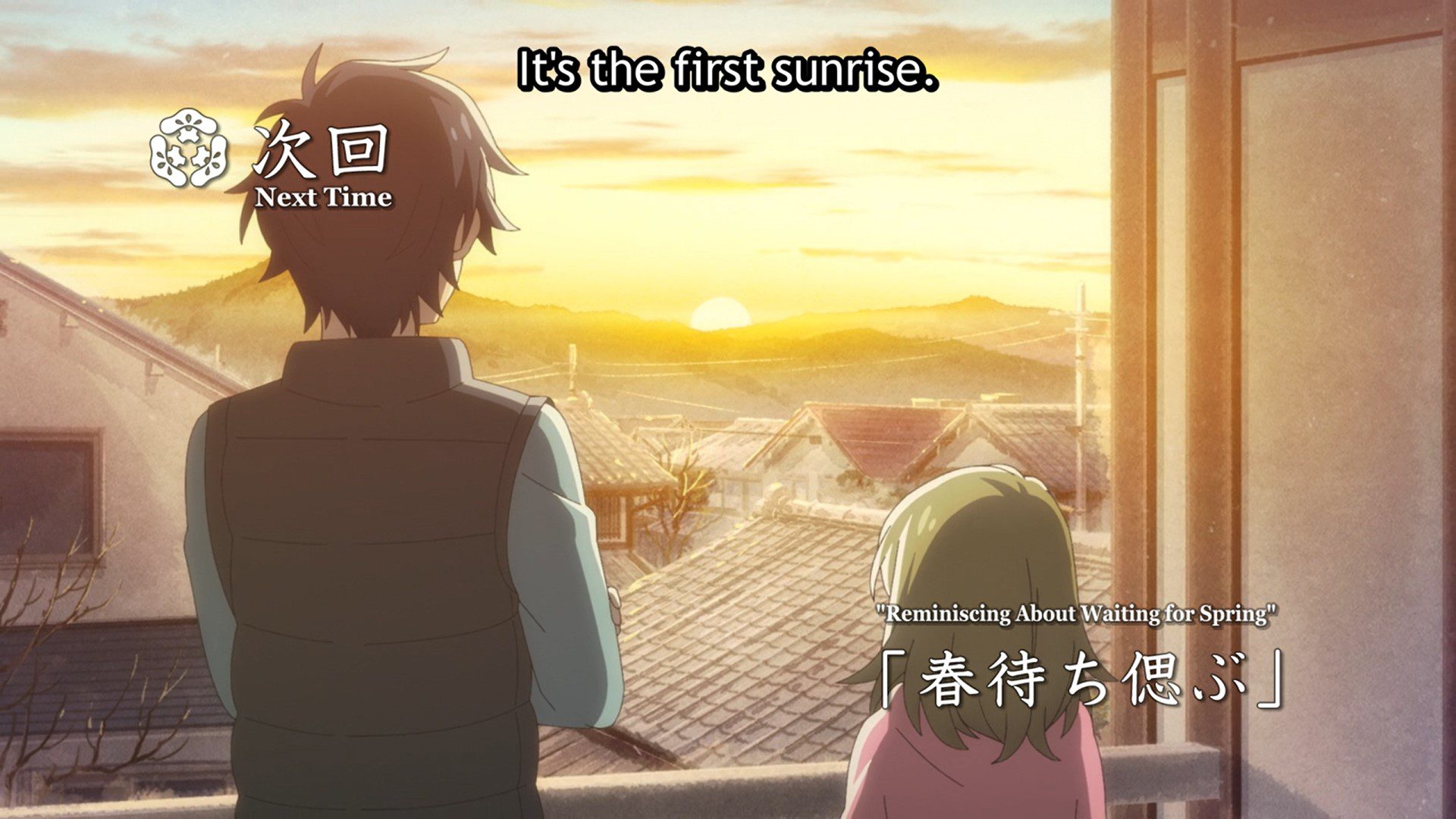 We have had Halloween and Christmas in the last 2 episodes of Deaimon. However, it seems like they are going to be preparing for spring by reminiscing about their past in episode 10, Deaimon: Recipe For Happiness. There are going to be more than 3 episodes in the anime, and I wonder if Nagomu will remember his promise to Itsuka to celebrate her birthday. Mitsuru and Konan are both falling in love with Nagoumu, and fans are wondering who it is going to be who ends up with him at the of the season? Well, these are a lot of questions, while we may not get answers, I’m pretty sure we will see comedy again and again.

So in this article, while we wait for the release of Deaimon Episode 10, let’s talk about the preview of the 10th episode and try to figure out what events may take place. Furthermore, if you are wondering about the release date and time of episode 10 of Deaimon, then we will give that information as well with streaming details. But first, let’s jog our memories from the events of the last episode.

Since Christmas is approaching, so is Nagoumu’s birthday, and it has got him curious about Itsuka’s birthday. Nagomu asks Itsuka about her birthday, but she denies telling him. Itsuka gets a Christmas tree as a present with a letter promising that her mother is coming to see her. However, she is unsure about her mother’s promise because she has always broken her promise. Meanwhile, Nagomu breaks the Yuzu Juicer that his grandfather bought for him when he was born. After remembering about it, he goes to get it repaired. 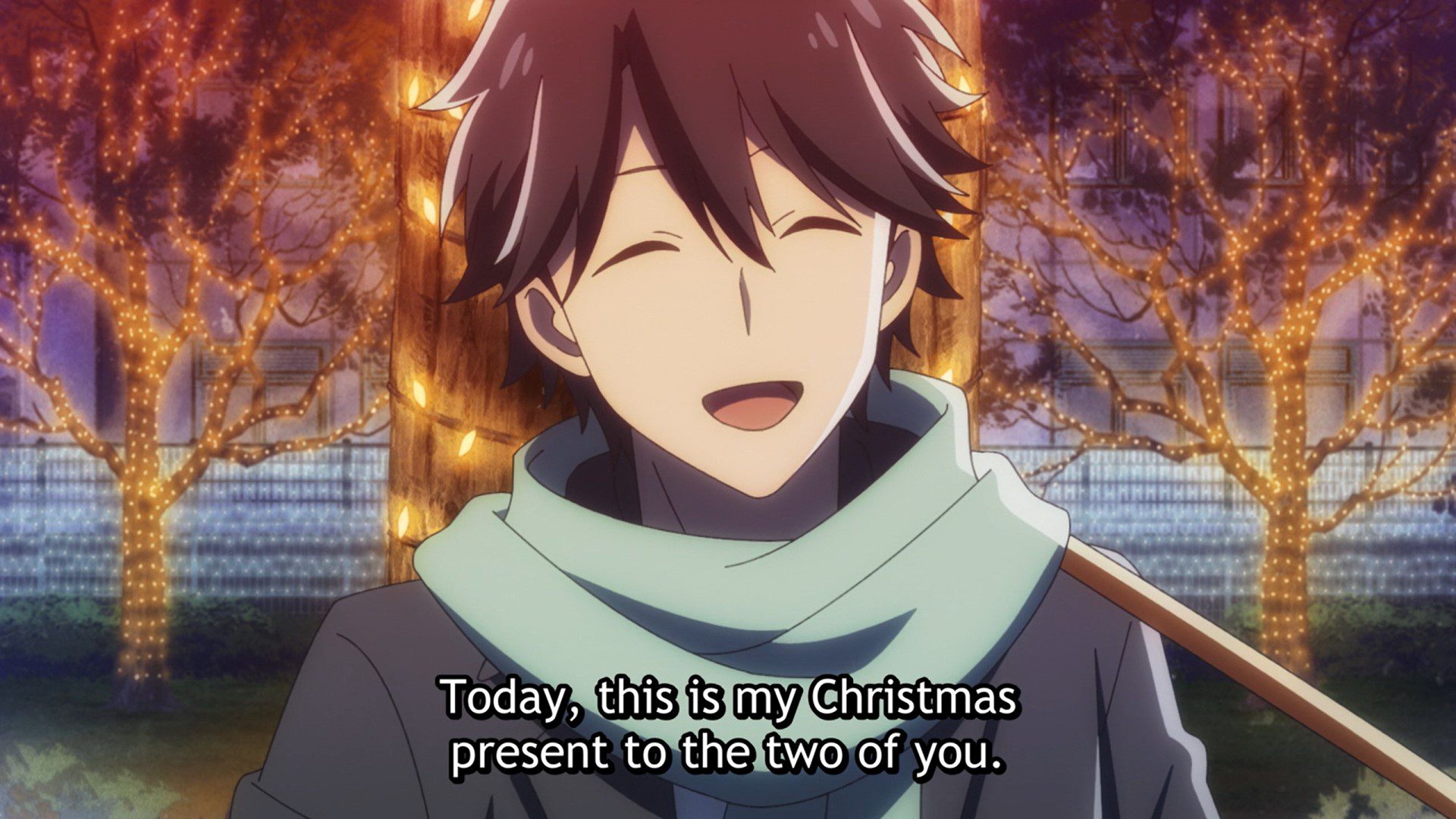 When Kanoko mistakenly tells Itsuka about Nagomu’s birthday, she feels bad when she declined to tell him about her birthday. On the morning of Nagoum’s birthday, she gives him a ticket to spend a day with her on her birthday, which is March 26th. On Christmas eve, Mitsuru intends to ask out Nagomu and accidentally succeeds in asking him. However, Nagomu does not know that not it was supposed to be a date and brings Kanoko with him. At the end of the day, Nagomu performs a song for both as a Christmas present to them, and Itsuka is back with her date with Shinra, and she listens to the song too.

As mentioned earlier, we have already had two different occasions in the last two episodes. First, it was Halloween, followed by Christmas. Both of the episodes were heartwarming, with a few memories attached to the festive. This is the pattern that this anime is following. Characters of Deaimon share a memory with occasions, and once the occasion comes, the episodes portray their feelings attached to the occasion. After watching the preview for Episode 10, I reckon the 10th episode of Deaimon will follow the same pattern, and the loop of laughter and heartwarming moments will continue with comedy. 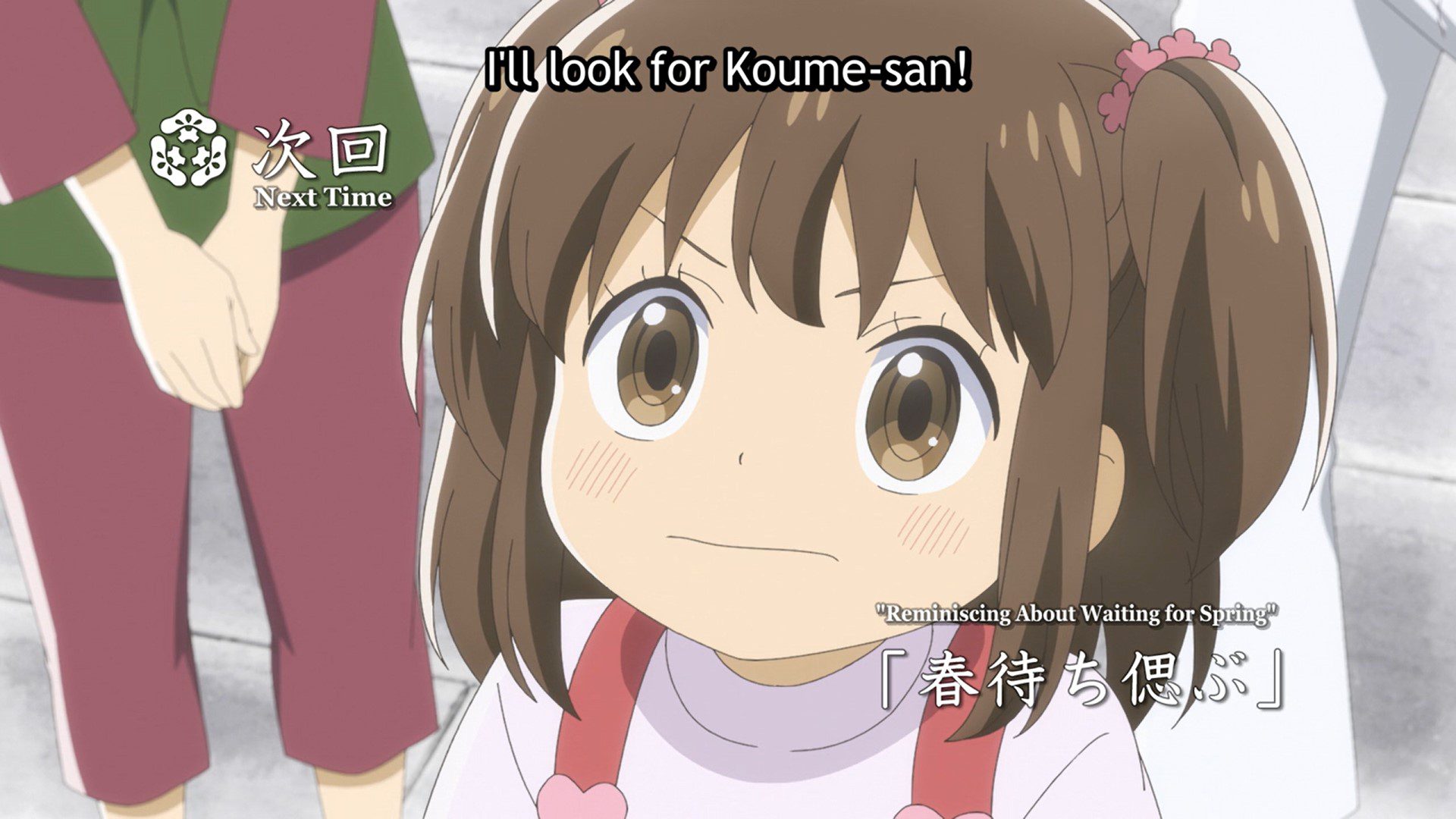 The preview revealed the title next episode, which is “Reminiscing About Waiting for Spring”. At first, we saw Nagomu and Itsuka watching the sunrise, which they referred to as the first sunrise. This might mean that the winter has passed or nearing its end, and after seeing the Sunrise for a long time, they are going to reminisce about the feelings of spring.

As the title suggests, they will be reminiscing about the waiting for the spring in particular. Few still shots of preview suggested that they might talk about spring while making sweets that are preorders. Whereas the children, in particular, will look for “Koume-San”. We still don’t know who that figure is. However, to find out, we can nothing more than wait.

Deaimon Episode 10 will be back next week on Wednesday, June 8th, 2022. Whereas the release time for the episode is at 23:30 hrs JST (Japanese Standard Timing). The release time in US and India is 10:30 and 20:00 hrs, respectively. The episode is going to be filled with the love and warmth of spring, so make sure to check it out once it is released.

The new episode of Deaimon will debut on local Japanese channels at first. Later it will be available on OTT platforms such as Crunchyroll. Fans who do not reside in Japan can watch the show on Crunchyroll, but they will have to the minimum subscription.