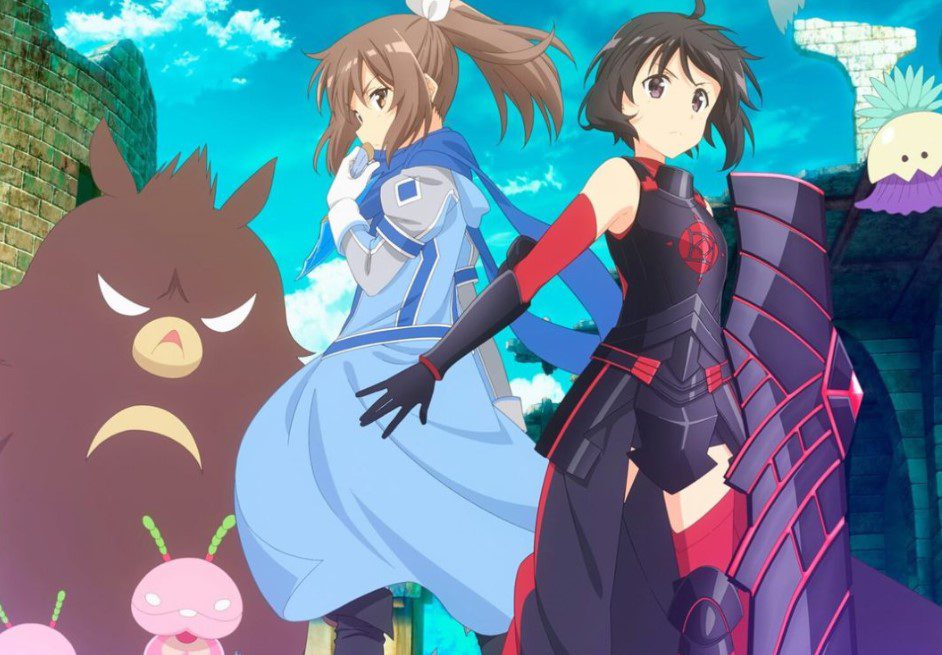 Anime Like Bofuri has many recommendations similar to it, and we will be looking at them. Most of the anime can be similar, but what they reveal to the fans is different, and everyone continues to watch and like similar anime. There are tons of anime like Bofuri, but we will only choose the best of anime like Bofuri. We can not talk about anime like this one without first talking about what Bofuri is like. We relate to the list of the anime that are similar to it. Boifuri has a long name known as I Don’t Want to Get Hurt, so I’ll Max Out My Defense.

This is one of the best series that revealed the main character, who will do whatever it takes to protect herself and her friends. The crew’s lives are on the line in this fantasy world, but timing is everything since one can achieve a lot by working together. This is interesting in modern-day anime since not everything is not all about strength, but there has to be some action, comedy, horror, and romance to spicy things up. This is similar to the rules of survival until the end, and the characters adapt to the environment quickly.

Bofuri reveals the story of a girl who is new to the gaming world and new to the fantasy world. This might be a new world to a strange girl, but she gets used to it as the story prevails. But these new changes have brought something good to the girl. The girl never wants to face hardship in this fantasy world and decides to be more defensive rather than get hurt. However, let’s look at anime like Bofuri, which are the best.

There are more things about Bofuru and anime similar to it, which can take days for us to talk about them. This is one of the anime that is similar to Bofuri. Sword Art Online is one of the anime we are familiar with, but this is another version of this anime. This takes place in a world filled with guns and wars. This mysterious world is known as Gun Gale Online, LLENN, and only female players are allowed. 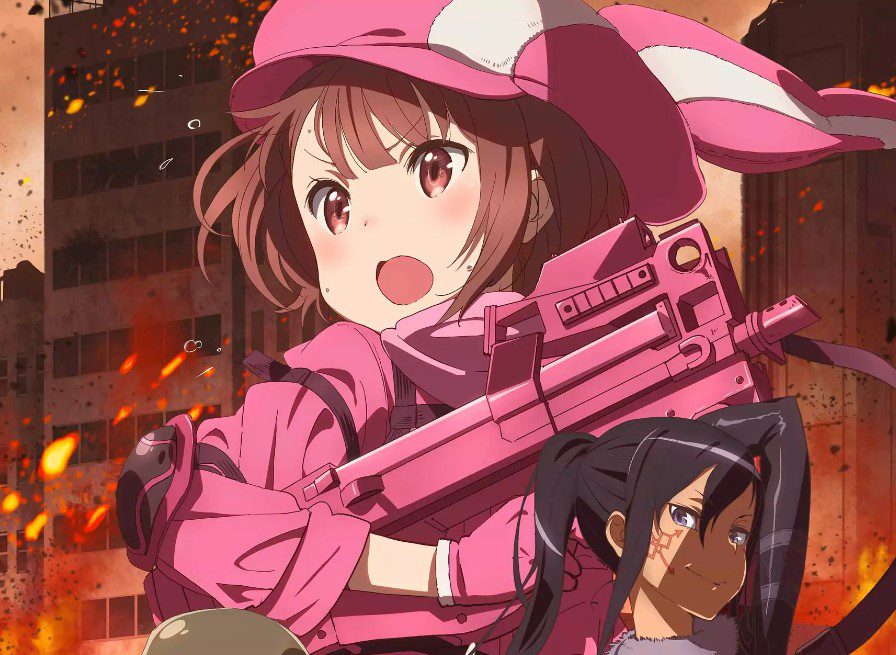 The females are the solo players in this mysterious world. A strange girl resides in this mysterious world, and she loves two things. The girl loves to wear pink costumes and hone her skills through playing games. However, she earned the name Pink Devil since she loves to hunt other players wearing pink costumes. Later LLenn met with another beautiful girl named Pitohui. The two became best friends, and they became part of Squad Jam’s group battle.

This is great since it reveals the story of a lady who worked hard and died from overworking. The lady meets with the Goddess and makes a wish to be reincarnated in another, where she becomes an immortal witch and has a peaceful life. She recruited many friends to her home and continued to kill slimes while reuniting people. Azusa became the most beautiful famous lady in the town, and many adored her while others fought to serve her. 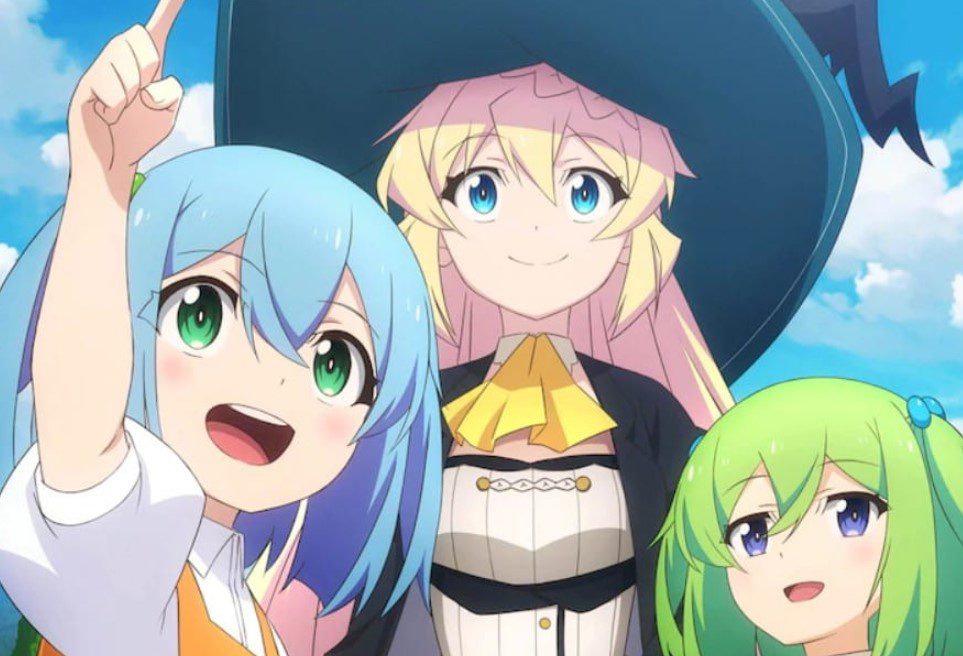 I’ve Been Killing-Slimes-for-300 Years and Maxed Out My Level.

Azusa also maintained peace between different races and faced many powerful monsters helping her family. She became the legend of this new world and never aged. The slimes also feared her and considered her their lord. The second season of Azusa’s anime is TBA, and this will be interesting.

This is one of the tales of those young men that die and get revived in another world. One day a young man was walking near the road and met his end after a massive car accident. After getting reincarnated in another world, he realizes that he is in a magical world. The man seems to have lost his memories and met with an older man who saved him. The older man began to call the young man Shin. 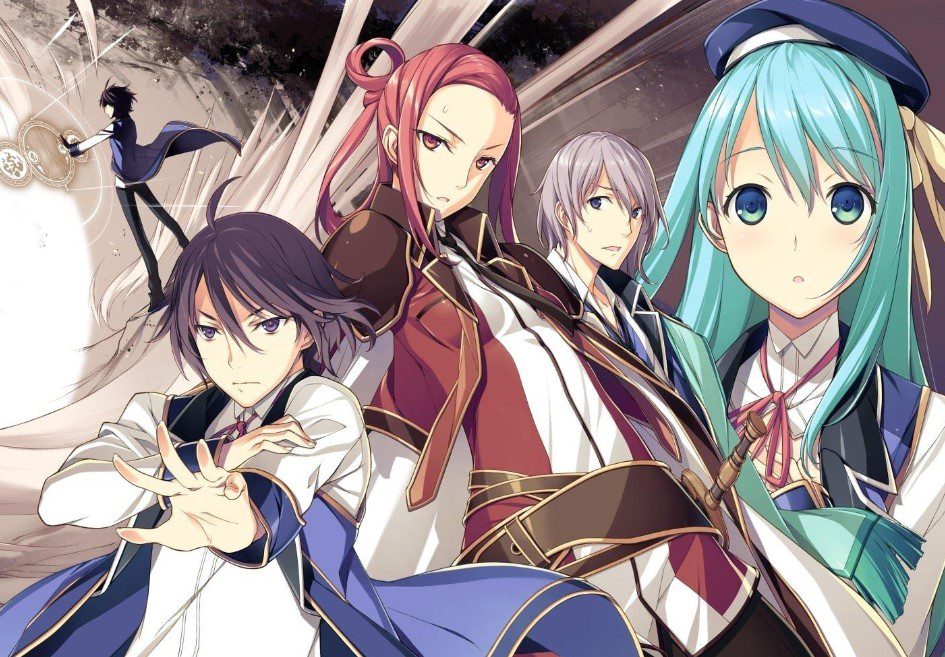 The older man becomes Shin’s teacher and teaches him to fight and defend himself. Shin learned different techniques and how to wield powerful magic. The training took fifteen years, and Shin began traveling in different worlds. But his teacher Merlin forgets to teach Shin something important, and the teacher realizes that he forgets things because of his age.

Naral Island is a land of swords and magic where the monsters coexist. Most of those monsters are elves who resemble human trains. A long time ago, monsters and humans shared the same land, and there was a fierce Demon Lord that ruled the land. The Demon Lord keeps on showing up at Naral Island, and he keeps on reviving time and time after getting defeated. 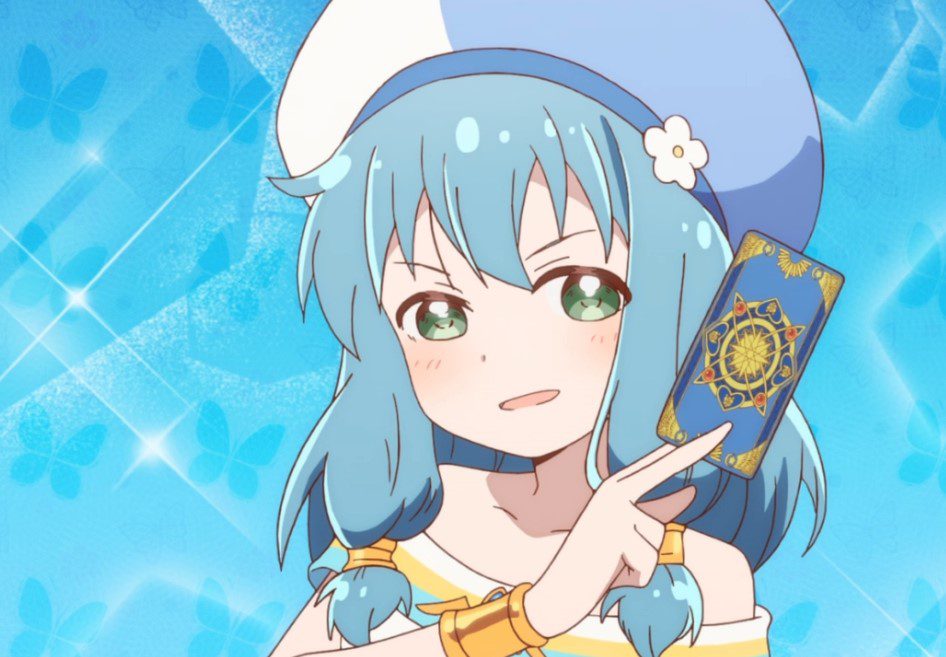 Naral Island is fortunate to have a Hero who shows up and defeats Demon Lord. A group of girls attends an Adventurer’s Academy and trains as the preparation to face the Demon Lord that will get revived again in the coming years. This is an exciting adventure for the girls and the Demon Lord, and the girls’ wish is to become members of Hero’s party.

Didn’t I Say to Make My Abilities Average in the Next Life?!

Kurihara Misato is a high school student capable of many things that most girls in the school do. However, Misato is always alone, and she is not living her life the way she wants. One day Misato wishes for a change in her life, and she finds herself reincarnated in another world. This reincarnation happened after Misato met with a tragic accident. 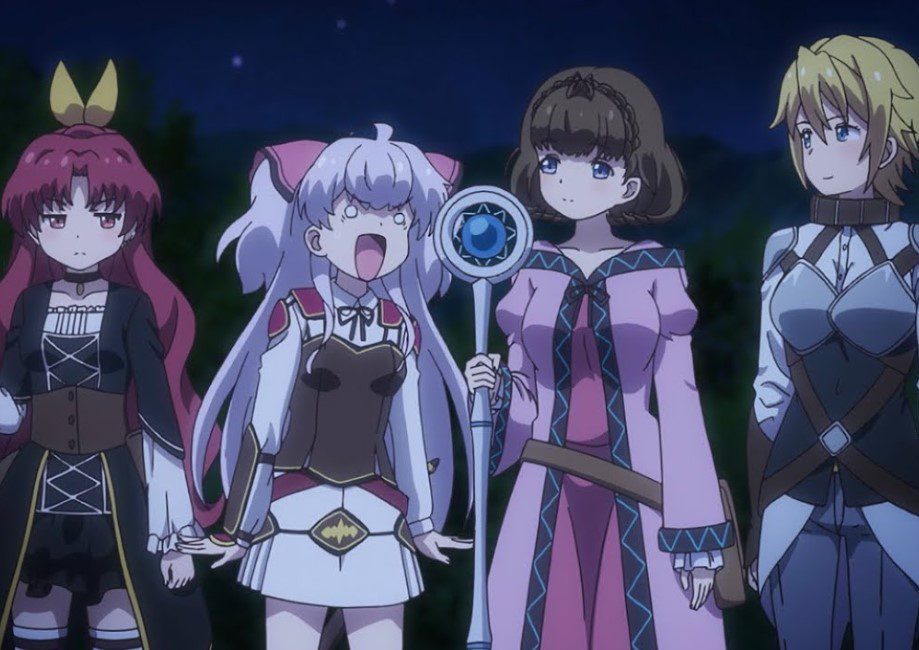 Didn’t I Say to Make-My-Abilities-Average in the Next Life?!

Misato’s goal is to live a normal life and make more friends, and she asks God for one wish. God granted Misato that wish, and she receives the opposite abilities that are average for that world. She was surprised since she asked for it, and she has to get used to being part of the magical world where magic is real, and Misato struggles to find the happiness she seeks.

It is one of the anime similar to Bofuri since both anime are about girls who love nothing but playing video games. We have seen a girl in this anime playing games that made her get a teleport to another world to change things since there was no hero in that fantasy world. After playing the game, Yuna changed the mysterious world she was teleported into. 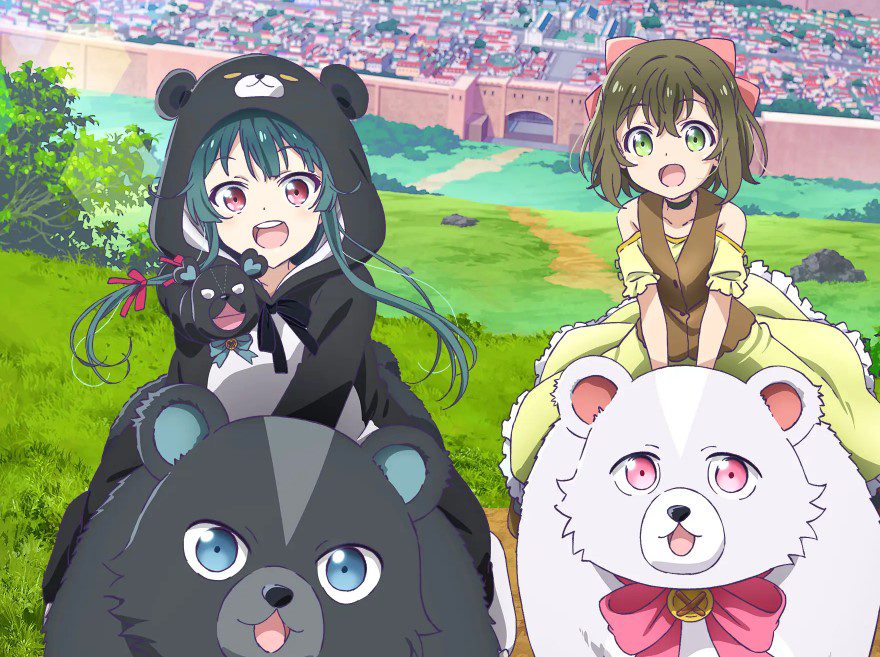 She became a hero, but many doubted her because of her costume and teased her when they witnessed Yuna’s powers; they realized that Yuna was not a child’s play. Yuna traveled the new world with two bears, a black bear and a white bear, that helped her in countless battles, and they defeated monsters that were above their level. The trio became popular in this new world.

This is also known as Hataage! Kemono Michi reveals the life of a professional wrestler and animal lover. However, the mysterious guy finds himself summoned to another world. Shibata Genzo felt surprised arriving in an unfamiliar world where he met with the greetings of Princess. The Princess asks Shibata to deal with the evil beasts ranging from the world. 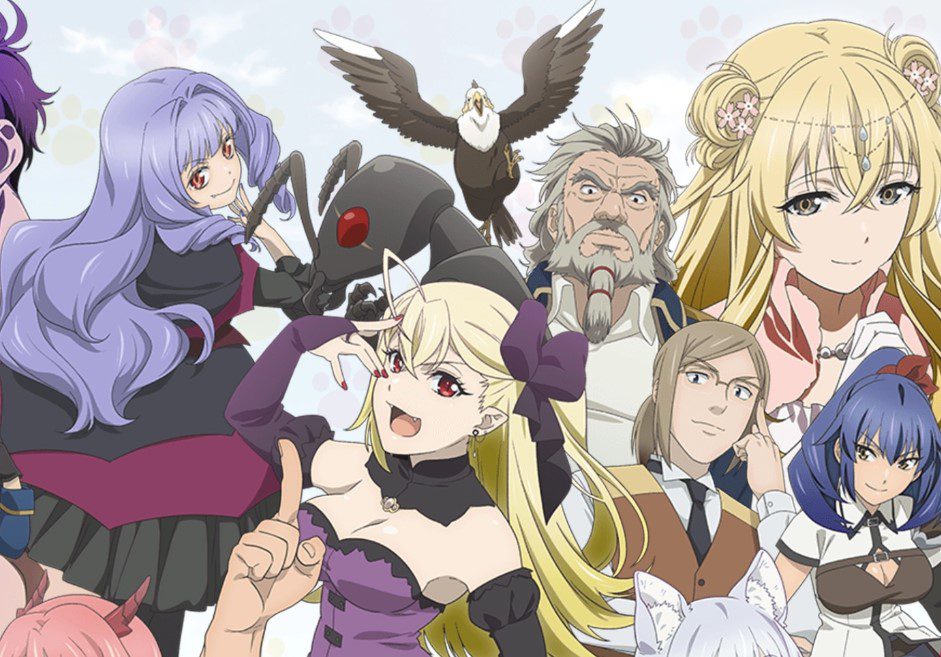 Shibata was surprised to be asked to kill the monsters, but Shibata German suplexes the Princess. He failed to return to his home and decided to start a peaceful life and opens a monster’s pet shop.

Kazuma Sato’s life was about to end after a traffic accident. But he was fortunate that a beautiful girl appeared near him. Sato learns that the mysterious hottie is a Goddess name Aqua and she was asked if he is interested in getting reincarnated in another world. Sato can choose anything that he can go with to another world. He surprises Aqua and tells her that he is heading to another world with her. 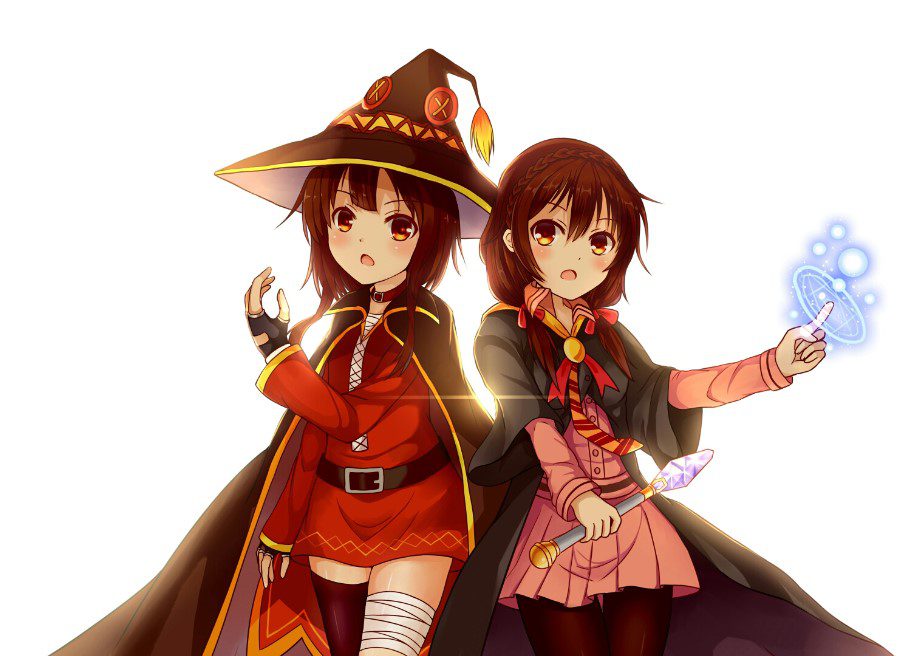 The two arrived in a fantasy world ruled by a Demon king. But they have different views since the Goddess wants to solve the world’s mysteries, and Sato wants a peaceful life before the Demon King notices them. The list of anime similar to Bofuri was interesting since it has new popular anime, and most of them are to be announced as they will be returning for another season.