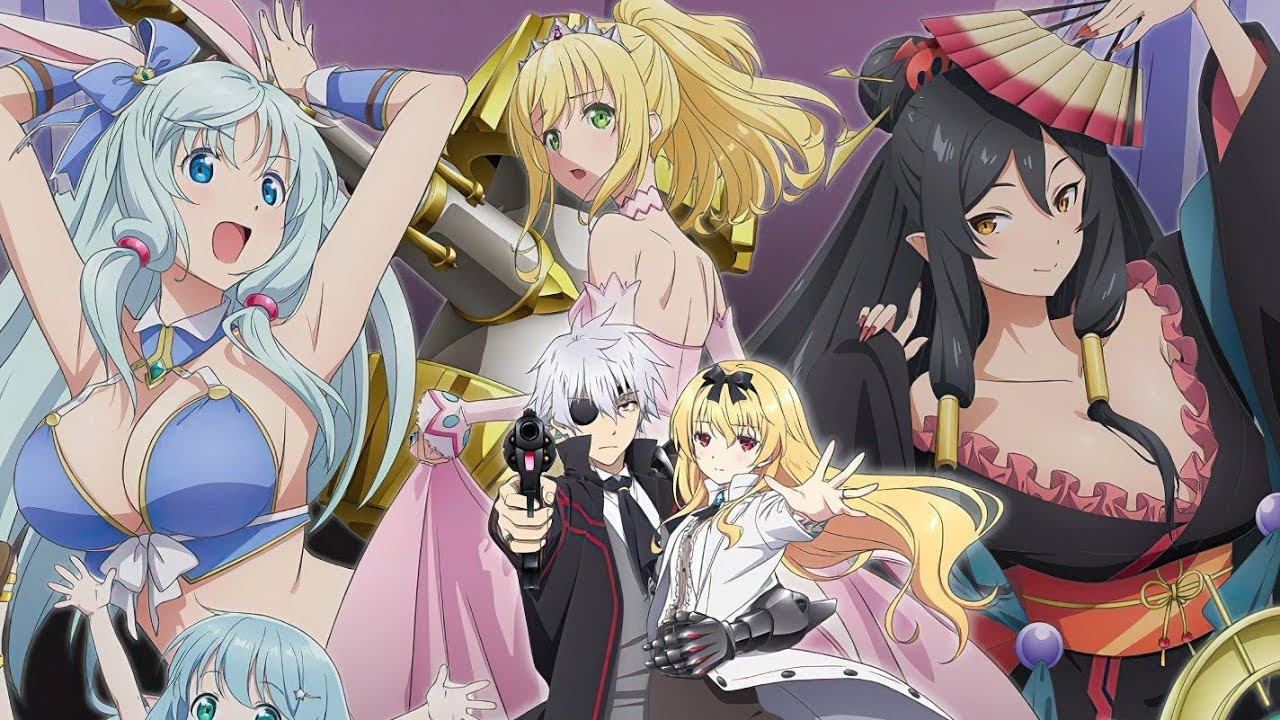 When watching anime and you have come across something you like. Then you will start to follow similar shows because you can’t just get enough of what you have seen. This is true, especially to the seasonal shows that just have 12 episodes, and the action has ended before you can realize it. So this time, we will be looking at shows similar to Arifureta that you might want to watch.

When itching for more action similar to Arifureta anime, then it is time to look for something familiar to make things easier. Because once a hit anime with only 12 episodes ended without any announcement of a sequel. The pain would be just too much, and you can’t help but look for something to watch instead.

We have had a lot of anime that only ran for 12 episodes, and we would really kill to have them make a return. I mean, if it is a very good job, then why don’t they keep it up. It is just frustrating as an anime fan because we know that the producers produce these shows for our entertainment. Then why would they stop mid-way and have us waiting forever for more action.

We have seen this with anime like Btoom, God of Highschool, Tower of God, and even Darwin’s game. We have been waiting for more installments from these anime, but even to date, we have not got anything that could indicate a sequel. Nonetheless, whenever these shows make their return, they are sure to break the internet as we have been waiting for a long time for a second season or some sort of continuation to be announced.

For now, the norm is still the same as the usual, with each season comes new anime. So let’s see what we have this time.

Animes that will best fit this category are those where the main character develops through the series, starting as a weakling and becoming a formidable character in the end. So that is what will make mostly of the shows similar to Arifureta. Because that is what Arifureta anime is simply about. Looking at “In Another World With My Smartphone” anime. It is about a 15-year-old Touya who was accidentally killed by God, and as an apology, he was allowed to be resurrected. 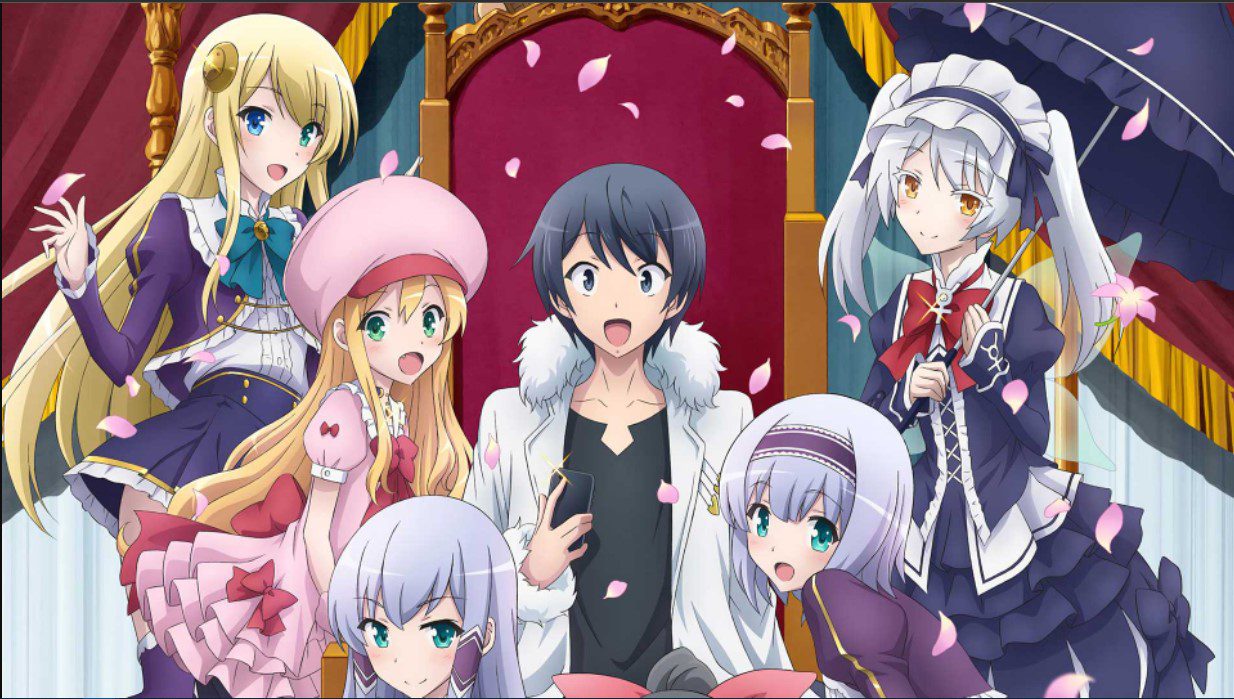 In Another World With My Smart Phone

He could not go to his old world, though, so he went into a fantasy world, and he was also granted a special request. He was able to use his smartphone from his previous life, and on top of that, it had modifications. But he could not contact his old world with his new phone, but he could use magic to recharge its battery.

Is it Wrong To Pick Up Girls in a Dungeon?

Everybody knows about this anime about Bell, who started off as a weakling faced with what seems to be impossible. But despite all the odds, he was able to fight through and ended up being the formidable and strong character that he yearned to be.

Is it Wrong To Pick Up Girls in a Dungeon

Bell is a 14-year-old adventurer and the sole member of the Hestia Familia. We all know that he looks up to Ais Wallenstein, who is famous for her powerful swordsmanship and hails from the Loki Familia. Bell vows to become as strong as Ais after an encounter where Ais save Beel’s life.

Re Zero anime is about never giving up. Because if you look at the life of our main character Subaru and his powers that allow him to do over things multiple times. Then this should be motivating because, ultimately, it is his willpower that allows him to face a difficult situation. Subaru is not your ordinary main character who is strong and intelligent. 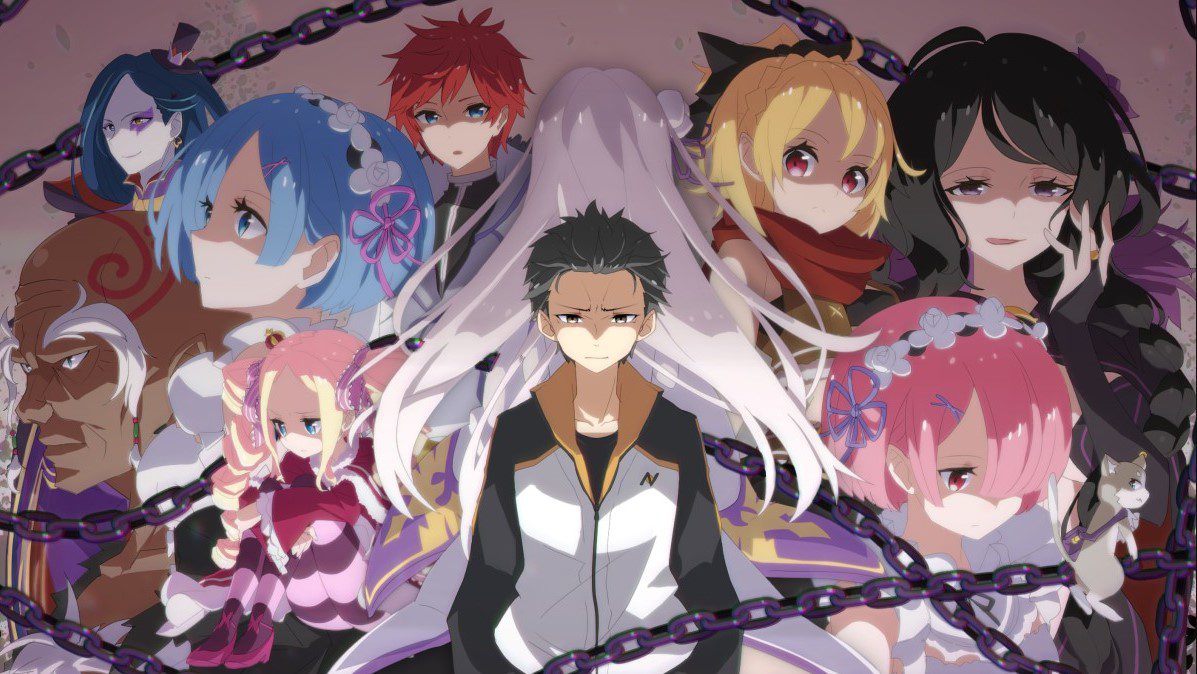 He appears to be dumb, and his powers allow him to do things over and over again until he gets it right. But as things develop, we get to see that this could be viewed as being a coward who never wants to take responsibility for their actions, and they would run every time they face difficulties. Despite all these, Subaru would muster his courage and make sure that he didn’t rely on doing things over every time he came across a difficult situation.

Wise Man’s grandchild anime centers around the life of a young salaryman who died in an accident and was reborn in another world where magic is real, and demons loom about. But it was into the body of a baby who was picked up by the patriot hero “Sage” Merlin Wolford and was given the name Shin. 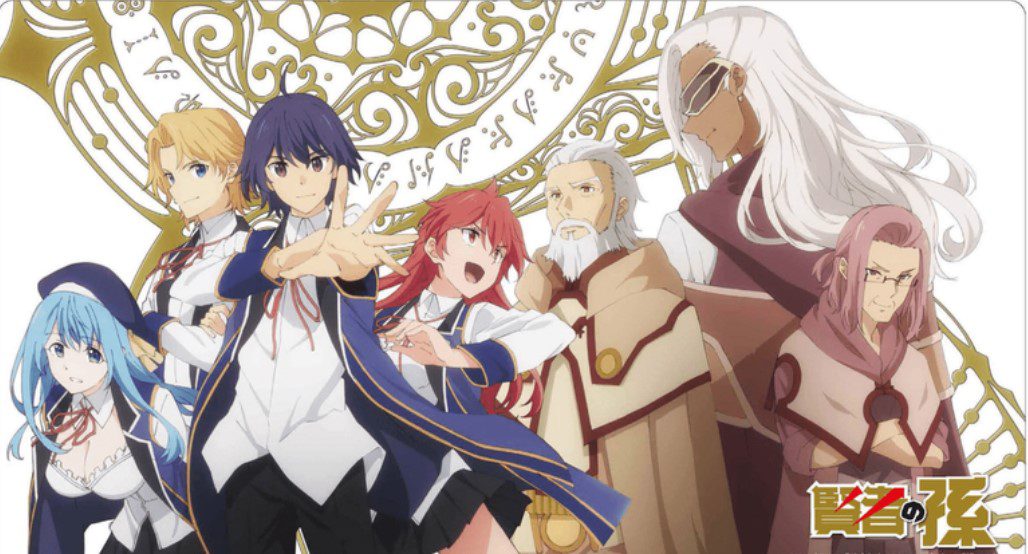 Shin was raised as a grandson and had soaked up on Merlin’s teachings, and this earned him irresistible powers. When Shin was 15, Merlin realized that he forgot to teach him common sense, and Diseum ended up recommending that Shin should attend a magic academy and learn to interact with others so that he could develop common sense.

Next on the list of the shows similar to Arifureta, we have Tsukimichi Moonlit Fantasy which follows the life of Makoto Misumi, who is just your average teenager, and he happened to suddenly be summoned into another world as a hero. But the goddess of this new world found him ugly and took his hero status away, and ended up sending him to the ends of the world. 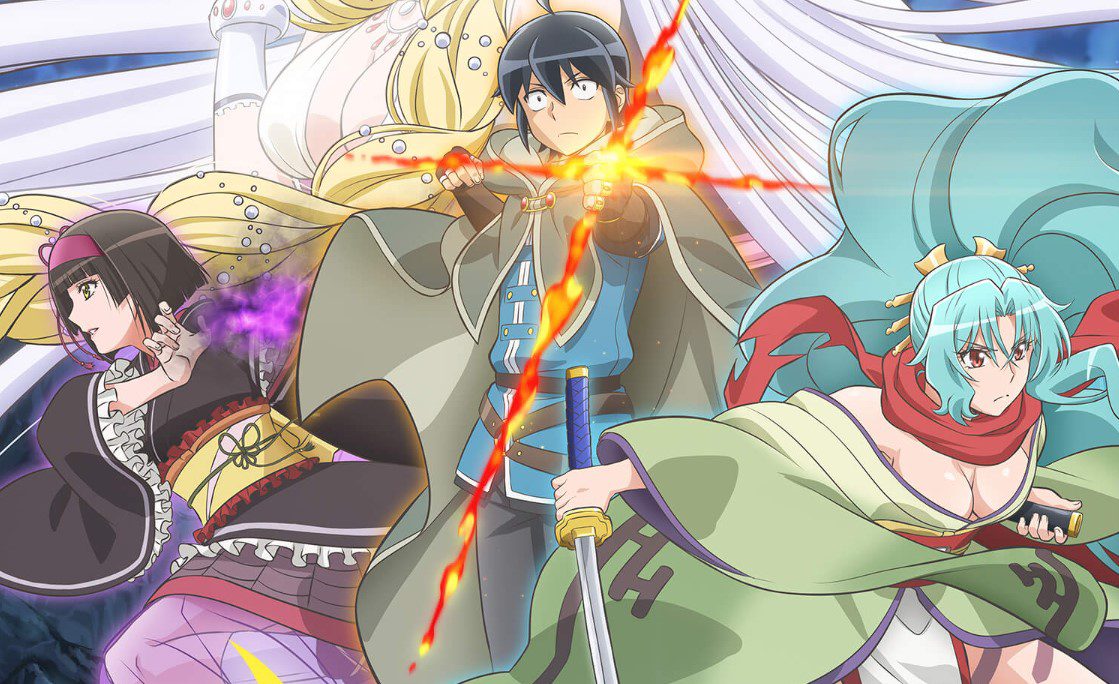 While in the wastelands, he meets dragons, Orcs, Dwarves, Spiders, and other non-human races. He managed to show promise in his use of magic and combat, which he was not able to do in his previous life. But now, he has numerous encounters with different monsters while trying to survive in this new world.

As a straightforward anime and being an Isekai, you already know how things would turn out to be as the main character usually dies and then reincarnates into an overpowered individual. So let’s get started and see how our main character died before reincarnating this time. 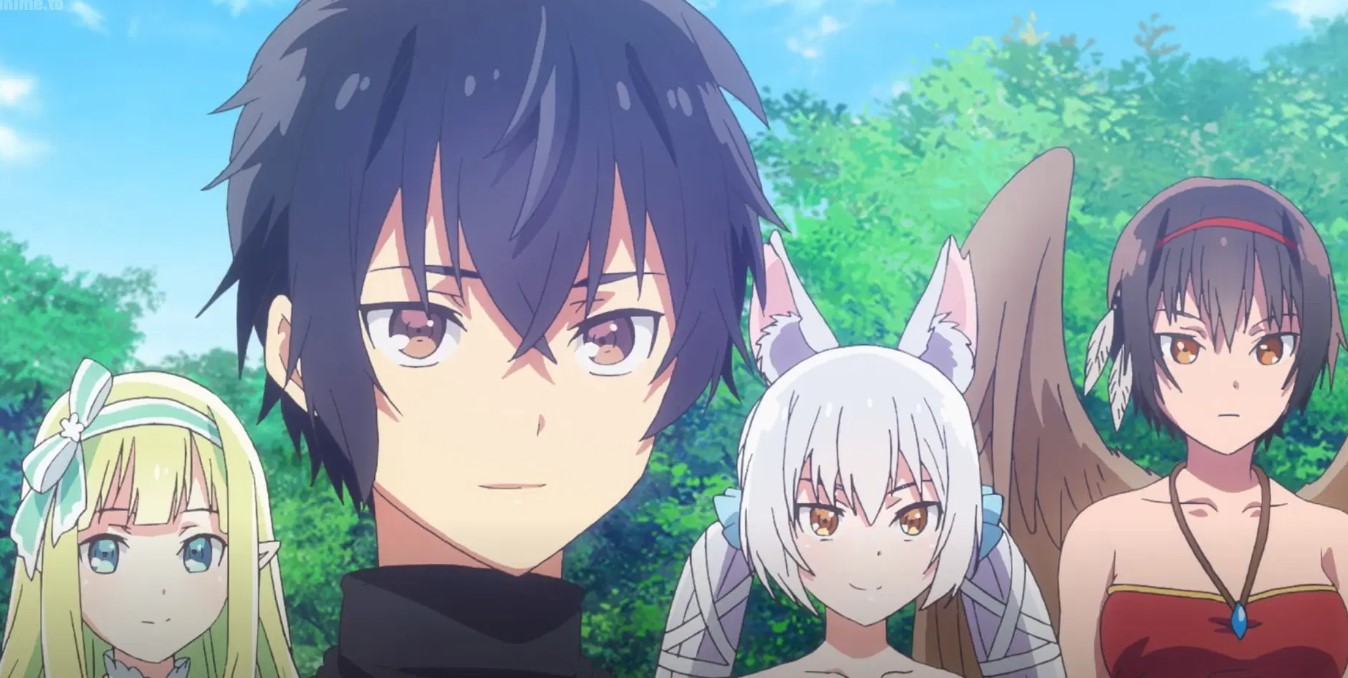 The story is about Haruto, a young man who died before reuniting with his childhood friend who disappeared five years ago. While Rio, a boy who lives in the slums of the Bertram kingdom, wants revenge for his mother, who was murdered in front of him when he was five years old. These are two people with completely different backgrounds and values. But for some reason, Haruto, who was resurrected in Rio’s body, decided to live in the new world along with Haruto’s memories and ended up awakening a special power.

Redo of Healer is yet another one of the shows similar to Arifureta where Keyaru, who was exploited and sexually abused by others because he was a magician, noticed what lay beyond just his healing magic. He also found out that healing magic had the ability to become the strongest magic class in the world. 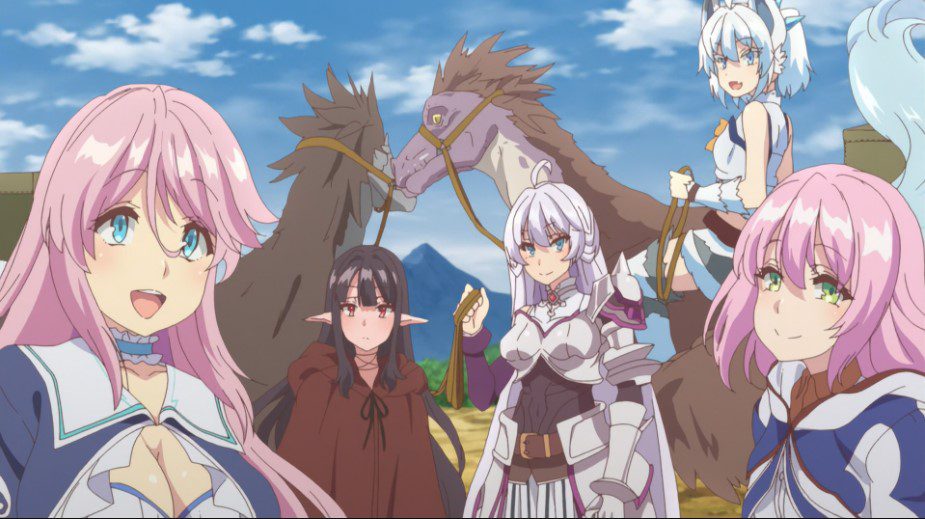 But by the time he realizes this, he is already deprived of everything. But he used his healing magic and used the philosopher’s stone to make it stronger and ended up going back four years in time, deciding to redo everything and get revenge on those who abused him.

As we continue with shows similar to Arifureta, this time we look at a high school student named Hiiragi Seiichi who was bullied by his classmates, and they see him as a loser. But when his entire school was suddenly transported to a video game-based world of swords and sorcery. He accidentally ate the fruit of evolution, and his life had a turning point as he started to live as a successful winner.

Rimuru started off as your ordinary slime and went to evolve into one of the most powerful demon lords in the series. His former name is Satoru Mikami; he reincarnated into a slime in an unfamiliar world. But in the beginning, he acquired newfound skills, including the ability called predator, which allows him to eat anything and mimic its appearance. Then he went on to meet Veldora, a powerful storm dragon who had been sealed for over 300 years. 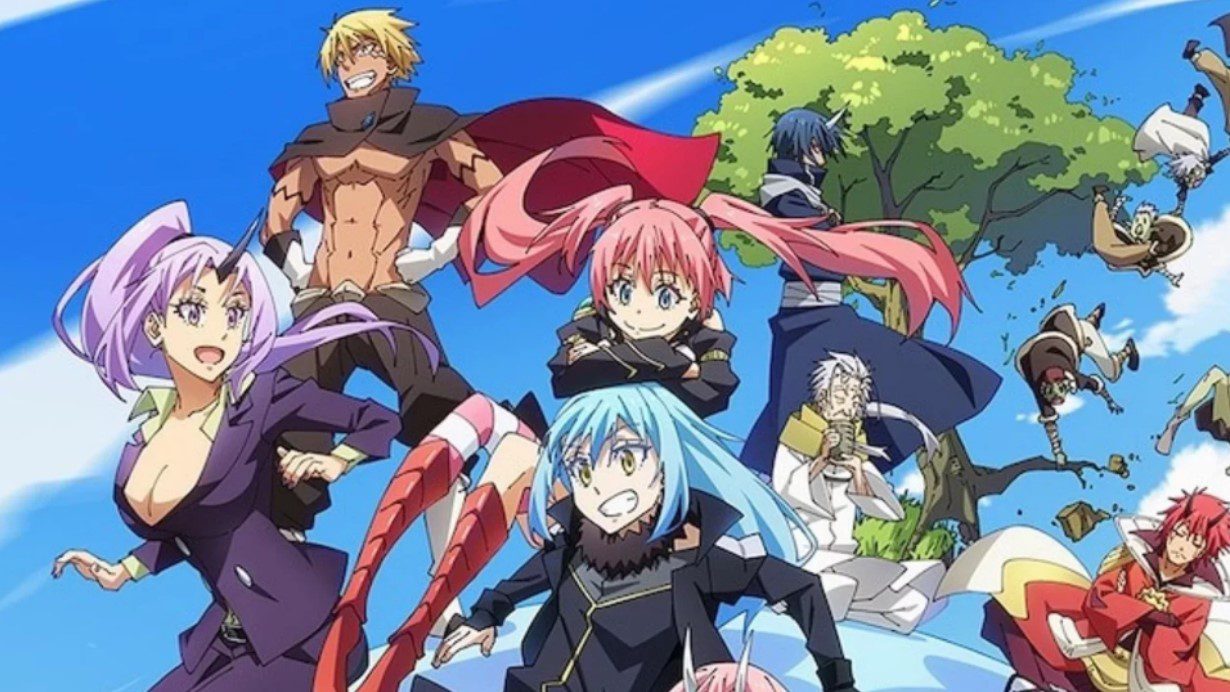 This led to Rimuru and his subjects attracting the attention of foreign powers, only for him to end up gaining more strength through his skills and special abilities and ended up establishing his own empire.

Another one of the shows similar to Arifureta where Naofumi, a run of the mill otaku, finds a book in the library that summoned him to a different world where he was tasked with joining the sword, the bow, and the spear as one of the cardinal heroes to fight the waves of catastrophe. 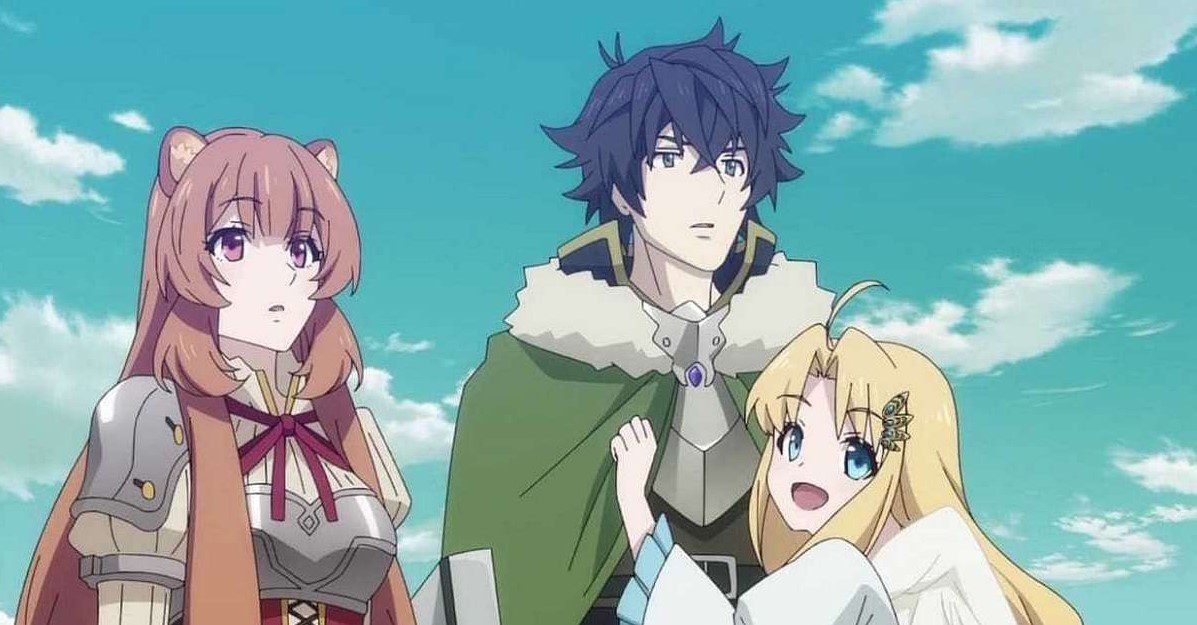 But a few days later, he was betrayed and lost all his money and possessions, only to end up employing an enslaved person named Raphtalia, who helps him to take on the waves and the world that has turned against him.