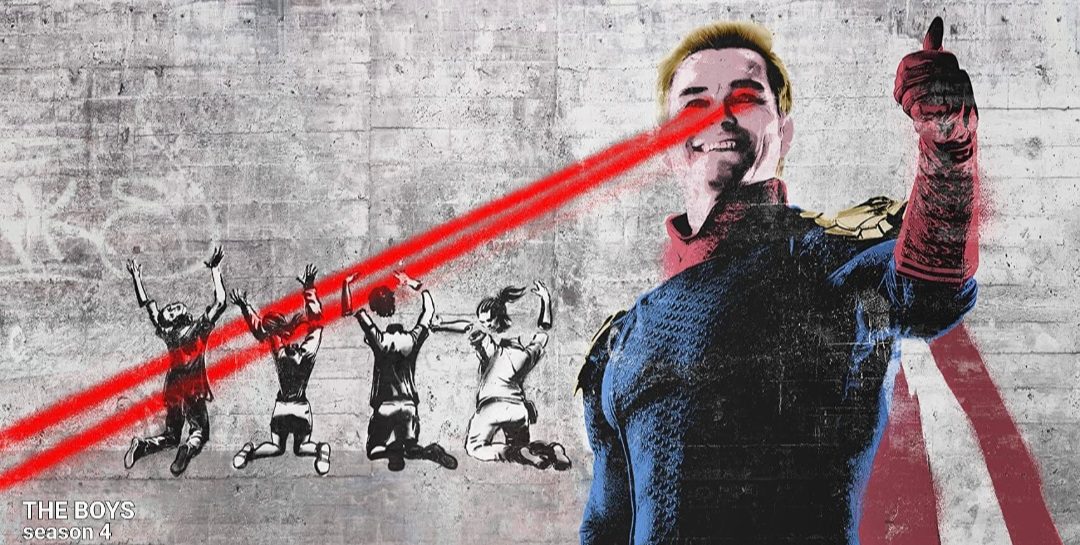 Amazon has renewed its popular superhero streaming series The Boys for season 4. Premiering back in 2019 on the streaming platform, the live-action adaptation of the comic by the same name went on to become one of the most talked-about superhero IPs in the streaming sphere. With each new season, the show’s popularity has only grown tremendously. Season 3 of the show premiered on Prime just a week ago. Gratifying the anticipatory curiosity of the fans with gore, blood, and expletives aplenty, The Boys has returned with new vigor.

Season 3 has already managed to crank up the hype among the fans by introducing some new characters to the fray. Additionally, the story of season 3 is rife with plenty of shocking twists and turns that make it all the more exciting. All the aforementioned features are what help the show carve out a unique niche for itself in the superhero content.

A bleak and blood-curdlingly cruel and brutal circus of graphic imagery, coupled with gallows humor and plenty of political commentary to boot — The Boys does a lot of things that are still not quite common or associated with the concurrent superhero genre. Its distinct tendency to be shocking and provocative has made it a fan favorite.

With the kind of story the show follows, there are various avenues and beats that the creators can tap into. And that’s exactly what has happened so far in the series. With no signs of its popularity fading, it’s natural that the streamer will milk the series for many more seasons. Consequently, the confirmation recently came that The Boys has been renewed for season 4.

Adapted from the comic by Garth Ennis and Darick Robertson, The Boys is currently in its third season. With each successive installment of the series, the show has only become raunchier and edgier. Showrunner Eric Kripke has been pushing the edge in terms of the explicit content. Season 2 of the show upped the ante and got even bolder than its predecessor, eventually bagging an Emmy nomination.

Karl Urban as Butcher in The Boys/credits: Amazon Prime Video

Season 3, if Vernon Sanders, the head of global television, Amazon Studios, is to be believed, has even surpassed the second season in terms of being bloody and bold. Sanders recently said about the third season, “From our first conversation with Eric Kripke and the creative team about Season Three of The Boys, we knew the show was continuing to get even bolder—an impressive feat considering the wild success of the Emmy-nominated second season.”

The Boys Spin-offs In Progress

While not indulging in the numerical specificity, Sanders said that the opening weekend for the third season is proof of the incredible global reach and the viewership that the show has. He also went on to talk about the two spinoff shows that The Boys has given birth to. The first is The Boys Presents: Diabolical, an animated anthology series. Another one is an upcoming live-action college spinoff series, releasing sometime next year. Sanders said that the sequel to Diabolial is very much possible.

Meanwhile, he also said that the production of the college spinoff series is going very well. The Boys season 4 currently doesn’t have a release date. However, expect that to change in a couple of months as the upcoming installment goes into pre-production.

The Boys season 3 is currently streaming on Amazon Prime Video.

Also Read: The Boys Filming Locations: Where Is The Amazon Original Filmed?