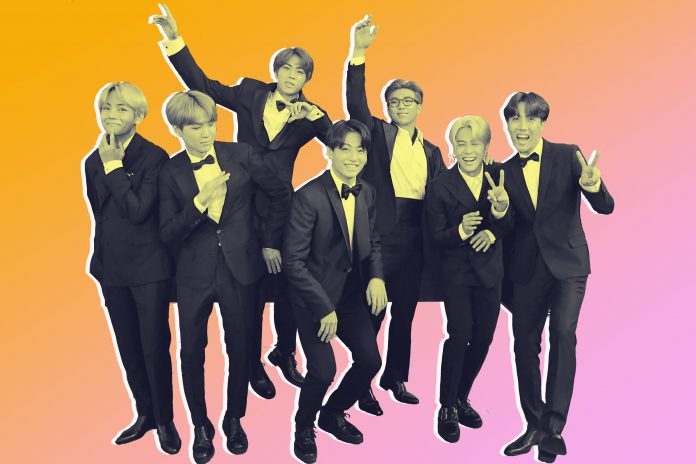 The history of k-pop goes back to the 1950s. Starting from the infamous ‘The Kim Sisters’, we’ve had some amazing artists over time as k-pop has now evolved into various genres and getting more creative with the art concepts. It has become a huge phenomenon in the world. Passing through three generations of k-pop, the time has been glorious for the k-pop stans. With the fourth generation of k-pop starting, fans are always curious about the richest k-pop group. They have thousands of fans all over the world, leading to high record sales and sold-out concerts. So the competition has always been high.

Starting from the ’90s to the 2000s, we’ve had the infamous Seo Taiji and Boys, S.E.S, Uptown, Goofy, H.O.T, and Fin.K.L. In the second generation (from the ’00s to the ’10s), we’ve had SHINHWA, Bigbang, 2NE1, Super Junior, and a lot more. From the ’10s to the ’20s, we went on to welcome legendary groups like BTS, EXO, TWICE, Red Velvet, Blackpink, and Mamamoo. And they are just the tip of the iceberg as the third generation of k-pop has given us a lot of gems. Welcoming the fourth generation of k-pop, we have TXT, Stray Kids, ITZY, Everglow, aespa, and still counting. The years have been filled with so much talent, music, concerts, fan chants, and record-breaking sales.

So here are the richest k-pop groups from each generation of k-pop.

The only idol group that comes to one’s mind when thinking about the first generation of k-pop, ‘Seo Taiji & The Boys,’ no doubt has been the richest k-pop group of their generation. The combined net worth of ‘Seo Taiji & The Boys’ can be estimated at over $70 million to $80 million during their active years. Consisting of three members, Seo Taiji aka Jung Hyun Chul, Yang Hyun Suk, and Lee Juno, the trio has sold over 1.6 million copies just during their debut. Making their debut on a survival show on MBC, they went on to change the direction of k-pop with rap and hip hop.

After ruling the industry for five years, Seo Taiji & Boys went on to announce the news of their disbanding. As a farewell, the trio released their fourth and final album titled ‘Goodbye Best Album’. However, after the disbanding, life changed for all of the members. Seo Taiji moved to the States and married Lee Ji Ah in secret. The couple divorced in 2006 and had a hard time distributing and settling over the assets. Yang Hyun Suk went on to start the YG Entertainment. While the company has been through various controversies, it is a part of the Big Four of k-pop.

Lee Juno wasn’t fortunate enough as the former idol fell into some bad company. Facing criminal charges, Juno was previously sentenced to over a year in prison after being found guilty of sexual assault and fraud. Currently, Seo Taiji owns assets roughly worth $30 million to $40 million. While Yang Hyun Suk has stocks worth over $88 million. As for Lee Juno, his net worth is unknown.

Also Read: Brave Girls Net Worth: How Rich is the Kpop Group?

With their recent comeback single ‘Still Life,’ BIGBANG has become alive once again. Consisting of four members, i.e., G Dragon, TOP, Taeyang, and Daesung, BIGBANG used to be a five-member group with the former member Seungri. One of the most popular idol groups from second-generation k-pop is still going strong. The combined net worth of BIGBANG is estimated to be over $90 million. Along with music and record sales, the men of BIGBANG have a lot of things going on for their sides, making them some of the richest k-pop idols in the industry.

Making their debut in 2006 at YG Family 10th Anniversary Concert, BIGBANG went on to become one of the biggest k-pop groups in the industry. Owing to their popularity in the world, the group has now surpassed the sale of over 150 million records sold worldwide. After a hiatus of over 5 years, their recent comeback ‘Still Life’ broke several records on various charts. Still active, the members of BIGBANG have their life sorted out. While G Dragon is focusing more on his fashion brand and art concepts, TOP is busy with his wine company and art collection. Taeyang is busy with his family, while Daesang prefers to stay out of the limelight.

As for former member Seungri, he is currently serving a sentence for facilitating prostitution and embezzlement in his club. With their comeback, BIGBANG has suggested that they’ll be moving on with their lives and new projects.

Known as the one who paved the way for k-pop in the west, BTS is one of the richest k-pop groups in the world of k-pop. Making its debut in 2013, BTS has become the biggest boy group in the world and is still going strong. Consisting of seven members, i.e., RM, Jin, J-Hope, Jimin, Suga, V, and Jungkook, BTS has entered the billionaire club in South Korea. The combined net worth of BTS is estimated at over $100 million USD. The boy group has sold over 32.7 million albums just in South Korea, while around 6 million more have been sold in the west. The k-pop group brings in more than 3.5 billion won of economic worth to South Korea in a single year.

Looking at the net worth of boys, Jungkook, Jimi, V, and Jin’s net worth is approximately $20 million. While Suga’s estimated net worth is around $25 million, J-Hope’s net worth is estimated at around $26 million. At the same time, RM has an estimated net worth of roughly $22 million. Along with the music sales, the boys of BTS bring in a lot of brand endorsement deals. From domestic brands to international luxury, the boys have done it all. Till now, BTS has been a part of ad campaigns for brands like Samsung, Louis Vuitton, McDonald’s, Coway, Hyundai, Bodyfriend, Tokopedia, Xylitol, KB Kookmin, BankVT Cosmetics, Fila, Puma, Chilsung, Cider, and Kloud.

After releasing 9 successful albums, BTS is all set for their comeback in June 2022. According to the reports, the boys are supposed to hold another world tour in the third quarter of 2022.

SM Entertainment’s EXO is hands down the richest k-pop group, not in just their generation but in the k-pop industry as a whole. EXO’s estimated net worth falls from around $100 million to $130 million. Consisting of nine members, i.e., Xiumin, Suho, Lay, Baekhyun, Chen, Chanyeol, D.O., Kai, and Sehun, EXO made its debut in 2012. With its debut, it became the most popular idol group from the start of the second generation of k-pop. And hasn’t left its position. Still the part of EXO, the boys have a good amount of net worth to their names. All of the guys have successful careers outside the boy group as solo artists, models, and actors.

Known as the “sextuple million sellers”, EXO has sold over one million copies apiece for six different albums. According to the reports, they’ve sold over 20.5 million copies of albums till now. Along with music and record sales, the boys have been part of several ad campaigns for both domestic and international brands. The names include BVLGARI, Gucci, Dior, Burberry, Prada, Louis Vitton, and a lot more. On April 8, 2022, EXO celebrated its 10 anniversary in the k-pop industry. As the boys are currently focusing on their solo careers, the exols are manifesting a comeback of the group as a whole.

Other k-pop groups who make it to the rich list are Blackpink, Girls Generation, GOT7, TVXQ, TWICE, 2NE1, and Seventeen. While the list of rising stars from the fourth-gen k-pop idol groups is never-ending, groups like Stray kids, ITZY, aespa, TXT, and ENHYPEN are just to name a few.

Also Read: 10 Kpop Idols Who Are Fans of BIGBANG 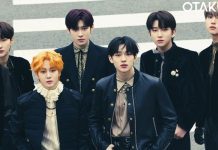