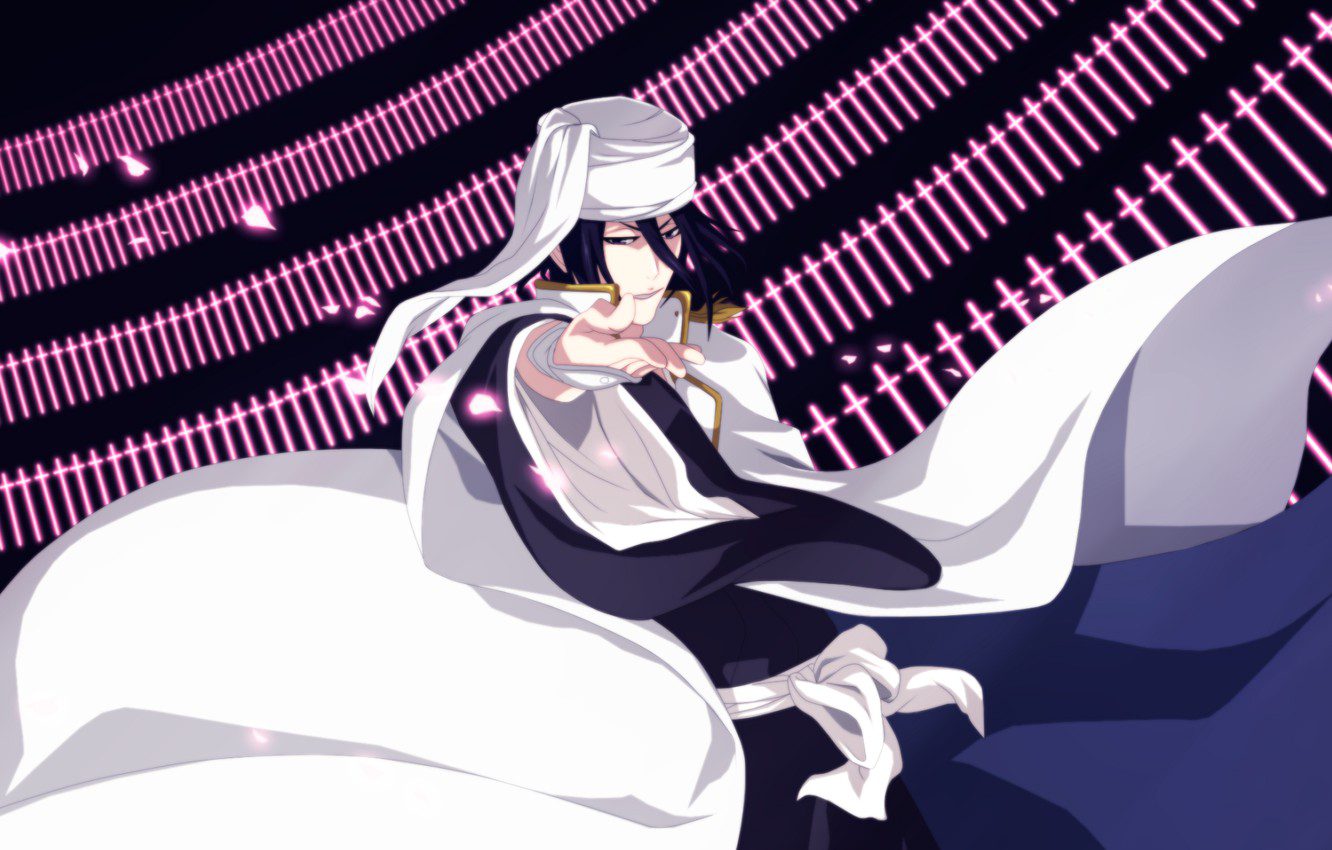 Ichigo Kurosaki, Sosuke Aizen, Rukia Kuchiki are some very famous characters from Bleach. One character we’ll focus on today is the ever-popular Byakuya Kuchiki and some interesting facts regarding him. Byakuya Kuchiki is the (28th) leader of the Kuchiki clan. Byakuya is the captain of the 6th Division in Gotei 13. He used to be short-tempered when he was young. As he grew, he became mature. He does not flinch in battles, and not even the worst of situations can scare him. Byakuya always tends to keep his cool and is calm even in intense circumstances. He often seems apathetic towards others.

Byakuya is a firm believer in law and order. Being the head of one of a noble family and a captain of Gotei 13, it is his duty to make sure peace is not disturbed. Though apathetic, he cares a lot about those close to him. He even mentions Rukia, his adopted sister, as his pride. We do not know much of his history. He was preparing for leadership when his grandfather was still alive. Yoruichi Shihouin used to tease him, and Byakuya would lose his temper. His grandfather said to Byakuya that he can become extremely powerful if he can control his anger.

Let’s dive into some unknown and fascinating facts about the popular Byakuya Kuchiki!

1. Byakuya Owes His Speed To Yoruichi

Byakuya is known for his skill called Shunpo (flash steps). Yoruichi Shihon, also known as ‘Goddess of Flash’ taught Byakuya many of her own tricks. One such is Utsusemi and Senka. He is one of the most proficient users of Shunpo in the soul society. He is able to use this skill even after having his muscles and tendons torn. 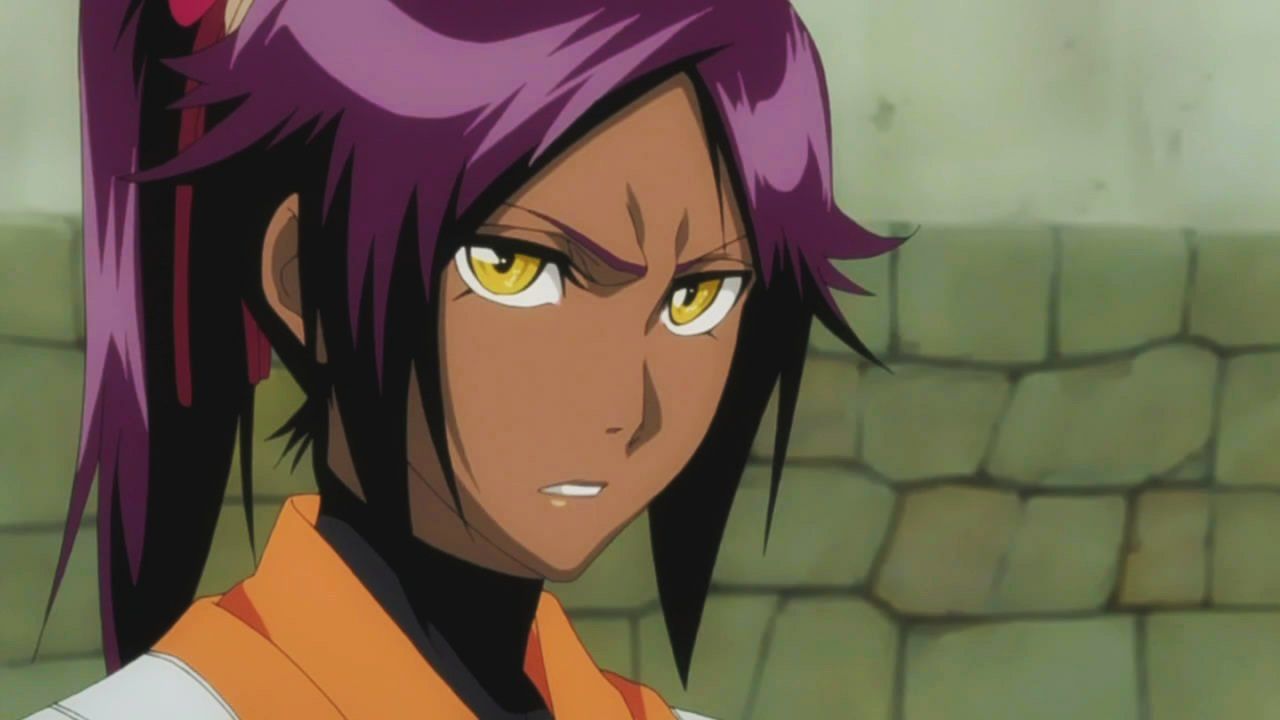 2. His Likes And Dislikes

Byakuya can also use Kido spells at a high level. He can cast a number of spells repeatedly without much effort. He can use spell up to level 81. Byakuya has advanced knowledge in Kido application. His consistency in Kido spells is also at par with other professionals. We see him use a lightning spell to attack Ichigo. 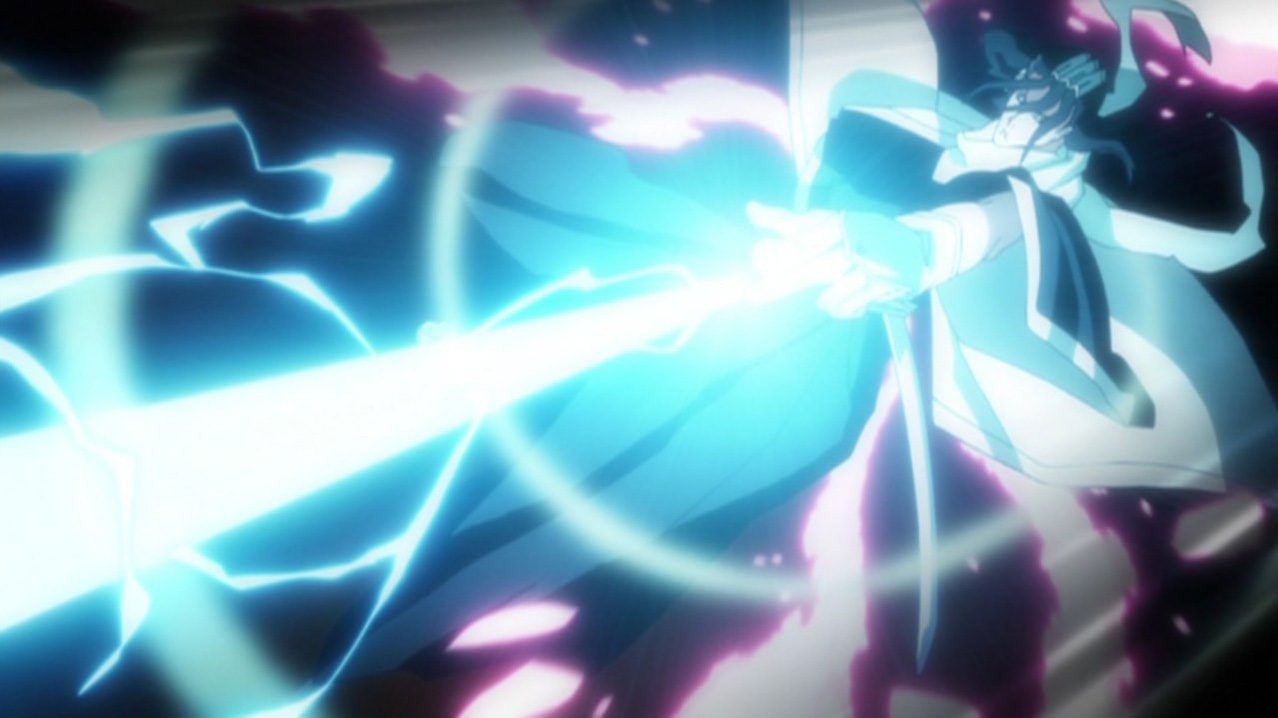 4. Byakuya Was Once Married

This Byakuya fact will surprise you. Byakuya is the head of his clan, making it important for him to marry an upper-class woman. Many years ago, when everyone was thinking about his marriage, he married a common girl named Hisana and broke the clan’s rules. In episode 62, we get to know about Hisana and Rukia. Hisana is the older sister of Rukia, but she had to abandon her. Since the day of her marriage to Byakuya, she hardly spent any day not looking for her sister. While on her deathbed, she requests Byakuya to find Rukia and protect her forever. Byakuya, a man of honor, finds Rukia a year later and brings her to the Kuchiki clan.

Also Read: Top 10 Kazuto Kirigiya Facts That You Should Know!

5. Byakuya Is A Ladies’ Man

The Kuchiki clan leader is very popular among females shinigami of the soul society. He can owe his popularity to his strength, attitude, and personality. He was also voted at 1st place for the captain we desire to release a photo book for a poll taken by the Shinigami Women’s Association. They even attempted to publish a photo collection of Byakuya titled Prince of Silence. This fact about Byakuya Kuchiki is not much surprising as we all know how popular he is.

When the Bleach manga was running, Byakuya’s battle data was released back then. His various attributes were given a score based on his abilities. The stats were as follow-

Also Read: 27 Quotes From Bleach That Is Inspiring

Some facts about Byakuya Kuchiki are just too hilarious. This Byakuya fact was as much interesting to me as it is to you guys. Generally, artists only create certain characters. But here, our beloved Kuchiki created his own imaginary character named Wakame Ambassador. He often makes food shaped as Wakame. He also made a sand sculpture of Wakame. If this was not enough, he often dresses as Wakame and enjoys teasing others. 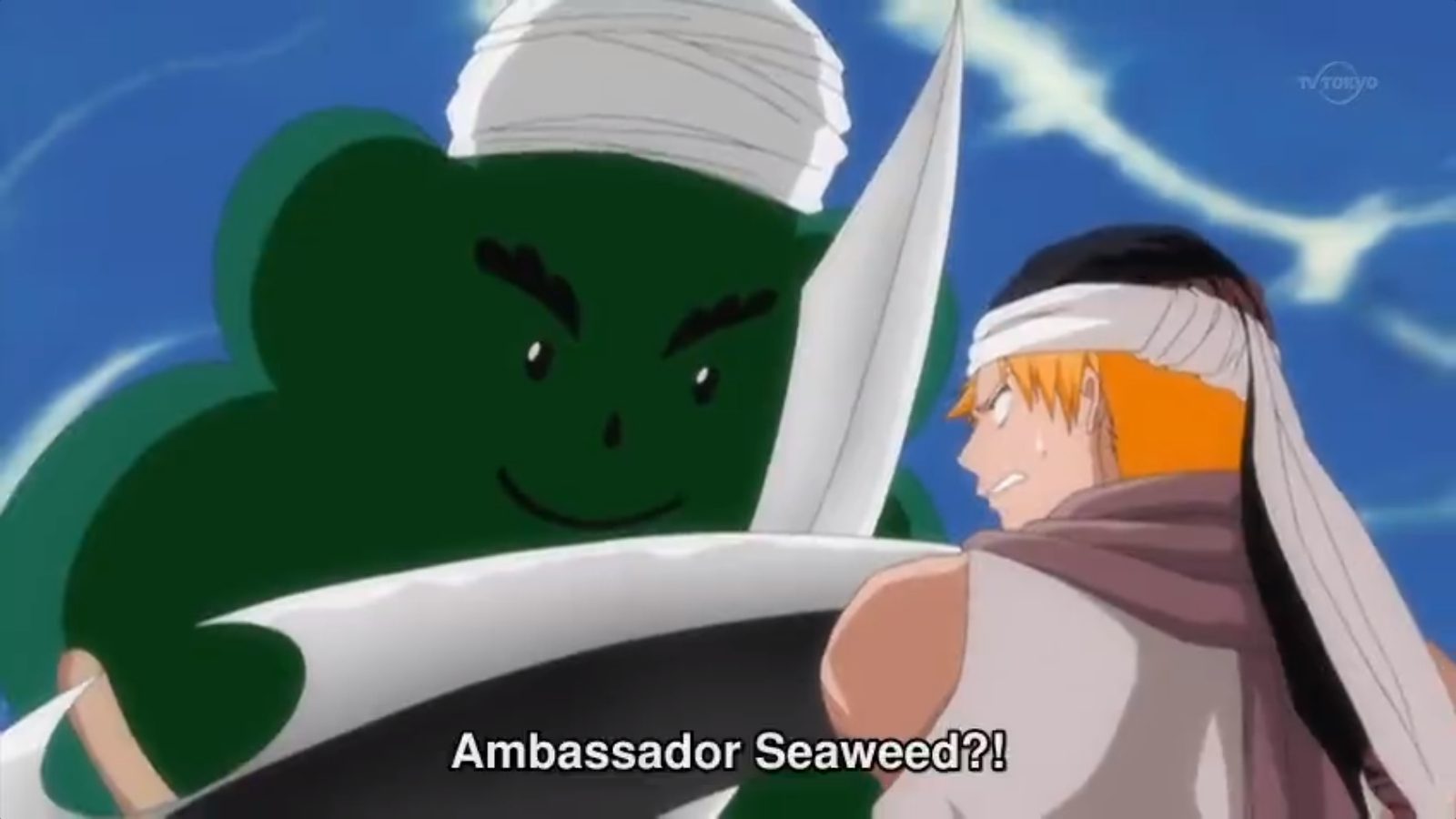 8. His Bankai Has Different Forms

Byakuya’s Bankai, known as Senbonzakura (meaning thousand cherry blossoms), Kageyoshi is one of the strongest in the Bleach universe. It produces next to infinite offensive and defensive potential. His Bankai begins as he drops his sword, which submerges into the ground. A thousand giant blades rise from the ground. These blades then scatter into a number of smaller blades to attack the enemy. This Bankai is almost impossible to dodge as no one knows how many blades will be attacking them. 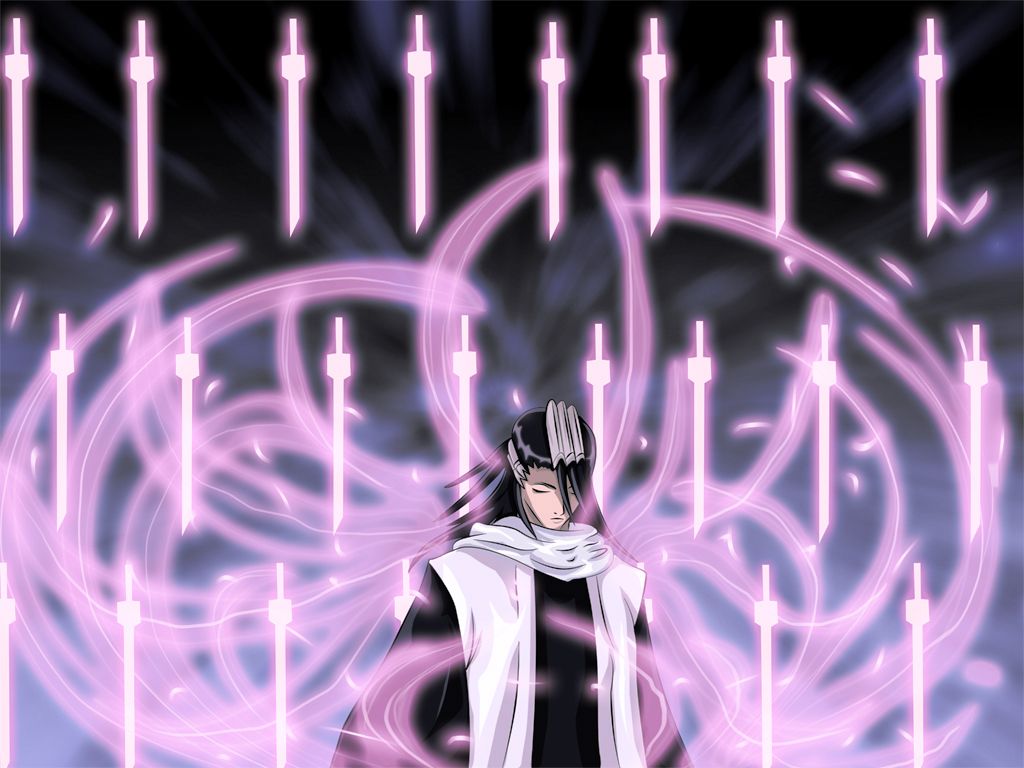 His next form is known as Senkei. It condenses the blades in four rows, with each row containing over a thousand blades. A circle is made by these blades with Byakuya and his enemy inside. Byakuya then uses these blades as he likes. Be it one by one or all at once. He can also use these blades to perform Gokei, where all the blades collapse in an enemy.

His final bankai form is Hakuteiken. This ability lets him unify all the blades into one single, very powerful sword. This increases his sword’s power by a lot more than one can imagine. A single blow from it is fatal. Byakuya generally uses this as the last resort or to finish off an enemy.

9. Byakuya Survived His Own Bankai

Byakuya faces Sternritter F (aka As Nodt). Sternritter steals Kuchiki’s Bankai and uses to on him. Byakuya suffers a lot of damage and is thought to be dead. In reality, Byakuya barely survives. Soon after, he recovers from his wounds and, with Rukia’s help, defeats As Nodt.