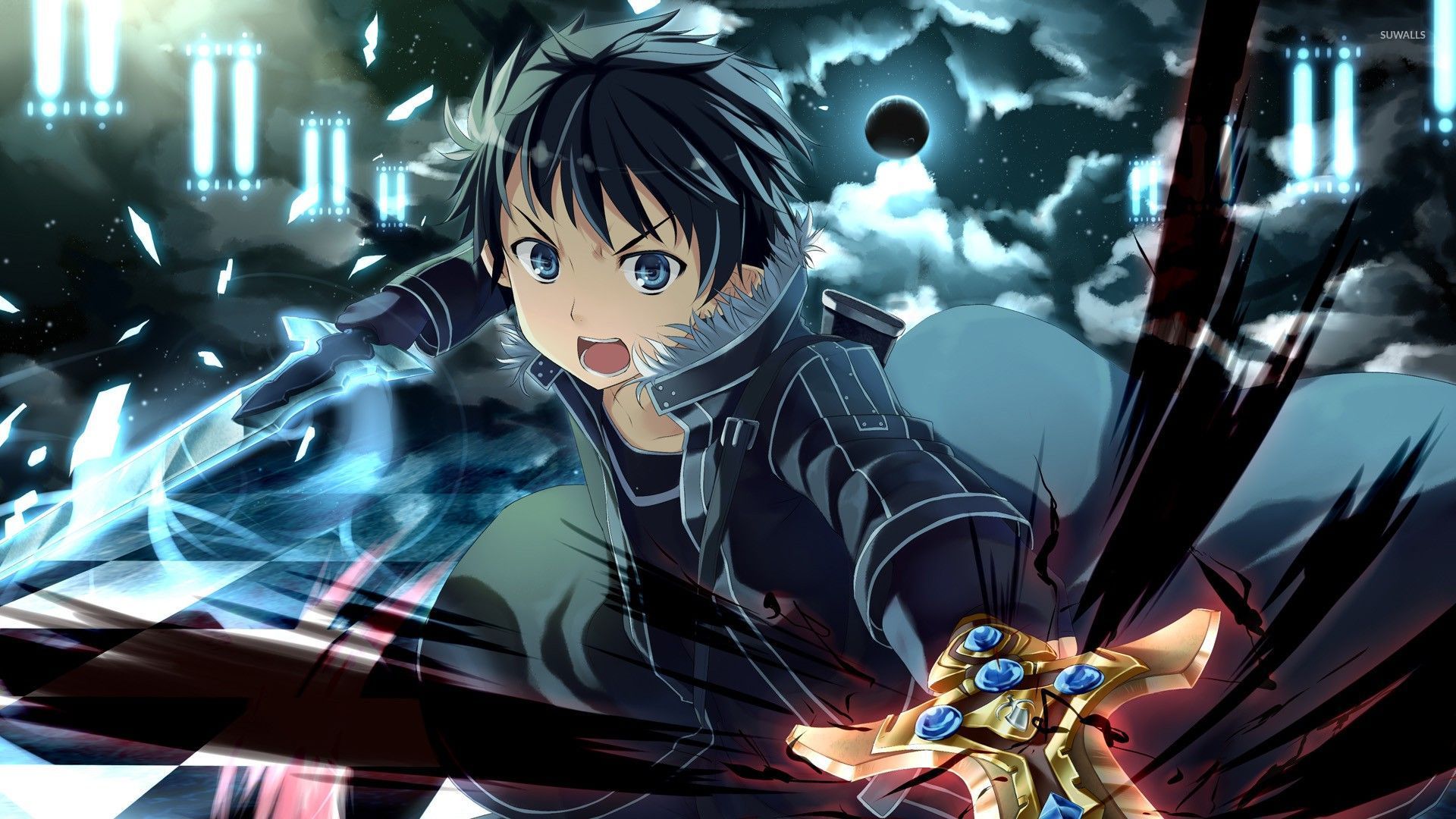 Sword Art Online was originally a Japanese light novel series by Reki Kawahara and illustrated by Abec. Reki Kawahara had originally written this as a web novel on his website from 2002 to 2008. These light novels started publication on ASCII Media Works’ Dengeki Bunko imprint from 10 April 2009. It got so much popularity that the series has spawned 12 manga adaptations, two seasons of anime television series, a television film, and an animated film. The first and the second season of the anime series was titled “Sword Art Online” and “Sword Art Online II,” respectively and both have Kazuto Kirigiya at the forefront. Till now, six video games have been released based on this, and Netflix is also making a live-action series on this franchise.

The series takes place in the year 2022, set in a futuristic world where a new virtual reality MMORPG called Sword Art Online has been released. Kazuto Kirigiya is the protagonist of this Isekai anime franchise. Kazuto, born as Kazuto Narusaka, takes up the name Kirito in this gaming world. He, along with Asuna Yuki, plays through various worlds inside of this virtual reality world.  His avatar name Kirito comes from a combination of parts taken from his actual name.

Now, Kirito being the protagonist, is the most popular character from the series. Here are some of the facts about Kazuto Kirigiya that you need to know about!

1. Kazuto Made His Own Computer

Kazuto is very passionate when it comes to the subject of computers and gaming. He even built his own computer from scratch. He is so invested in this subject that he built the computer while he was just in middle school. This proves just how smart he is and how motivated he is about the things he actually cares about. Although it is unknown whether Kirito still uses that same computer to play Sword Art Online, it does seem unlikely. Kirito made the computer while he was in middle school, but the year Sword Art Online takes place is 2022. So it is highly unlikely that he is still using the same computer.

2. He Always Keeps His Level A Secret

When you are playing any game, it doesn’t matter which one, it is better to never reveal your hand to others. Kazuto understands this very well. That is why throughout his life in the Sword Art Online game, he always makes sure to keep his level a secret. Kazuto, with his avatar name, Kirito, joined the Moonlit Black Cats. All the other guild members had a lower level than him, whereas he had the highest level. But he still kept it a secret. However, Kirito also believes that his secrecy was the reason why the guild members lost their lives. 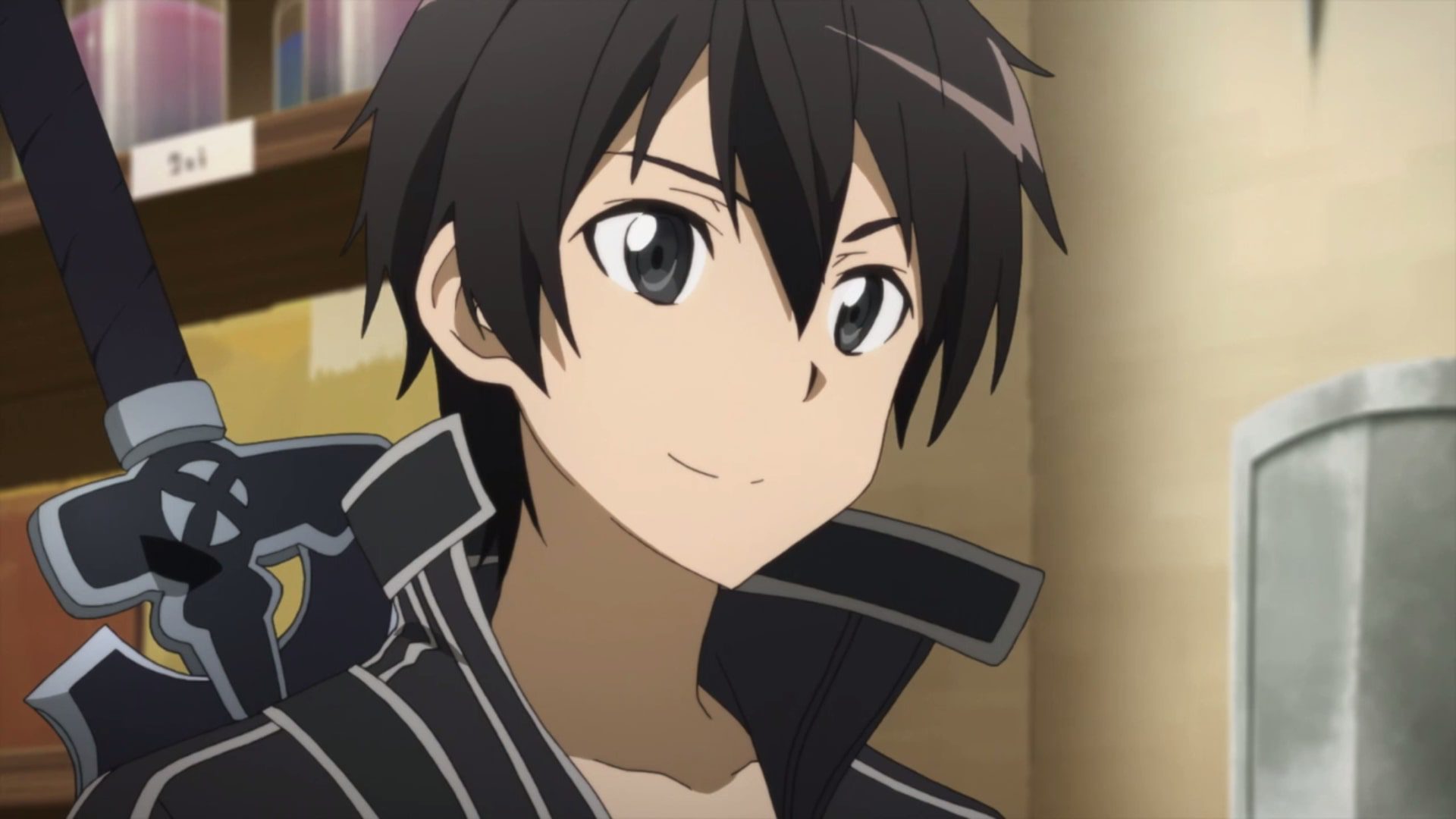 Kazuto keeps his levels a secret

3. Kazuto Is Actually An Orphan

Kazuto Kirigiya lost both of his parents while he was very young. When Kazuto was just one year old, both of his parents died in an accident. It is still not known whether they died of vehicular or a natural accident. Due to this, he was adopted by his aunt and uncle, who also happen to be Suguha’s parents. So even though, Kazuto and Suguha are actually cousins, they are officially brother and sister under the official registry. 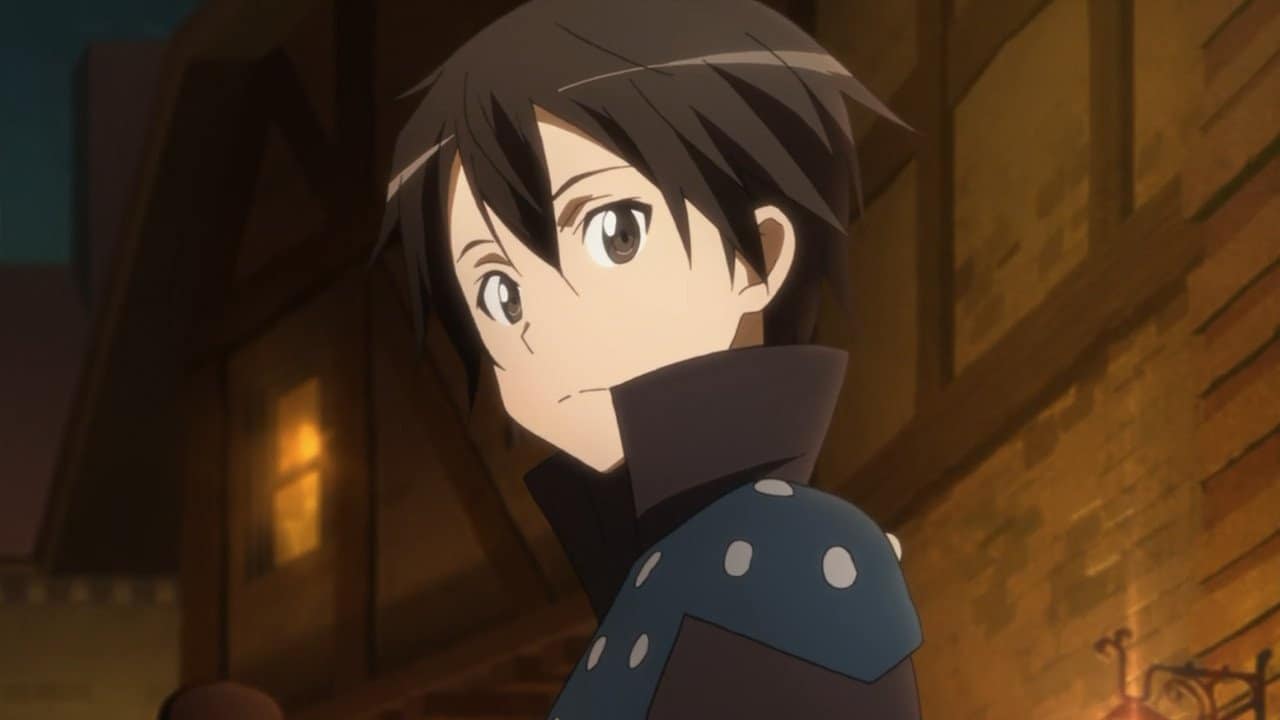 Kazuto is actually an orphan

4. His Relationship With Asuna

One of the most wholesome things about the Sword Art Online anime is the relationship between Kirito and Asuna. Asuna Yuuki is the female protagonist of the series. The two began their friendship when they met each other in the Labyrinth on the 1st Floor and later on formed a party for the boss battle. They became friends first and went on to date as lovers in the game. Kirito and Asuna even spent time together in Asuna’s house inside of the game world. Basically, they had a flirty phase. They went on to get married inside of the online world in Sword Art Online. 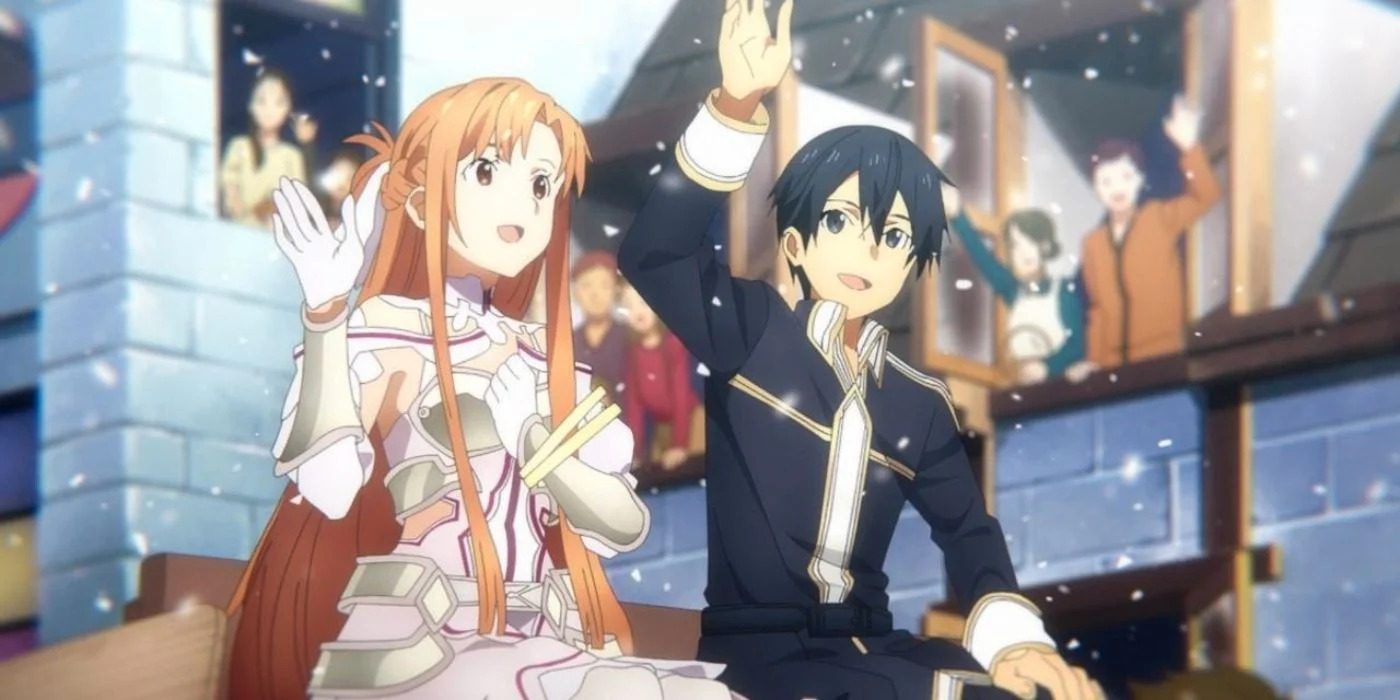 Kazuto’s love for Asuna’s cooking started while he was stuck in the Sword Art Online game world. Normal food just did not do it for him at that time. The reason for that is all the food in the game world was bland. Kirito, later on, finds a way to make it taste better, and that is by applying a substance that looks like honey. After Asuna becomes friends with him and then further into lovers, she cooks food for Kirito almost every day. Her food became Kirito’s favorite food in the two years they were staying inside that game. And it stayed his favorite even after the two lovebirds returned to the real world. 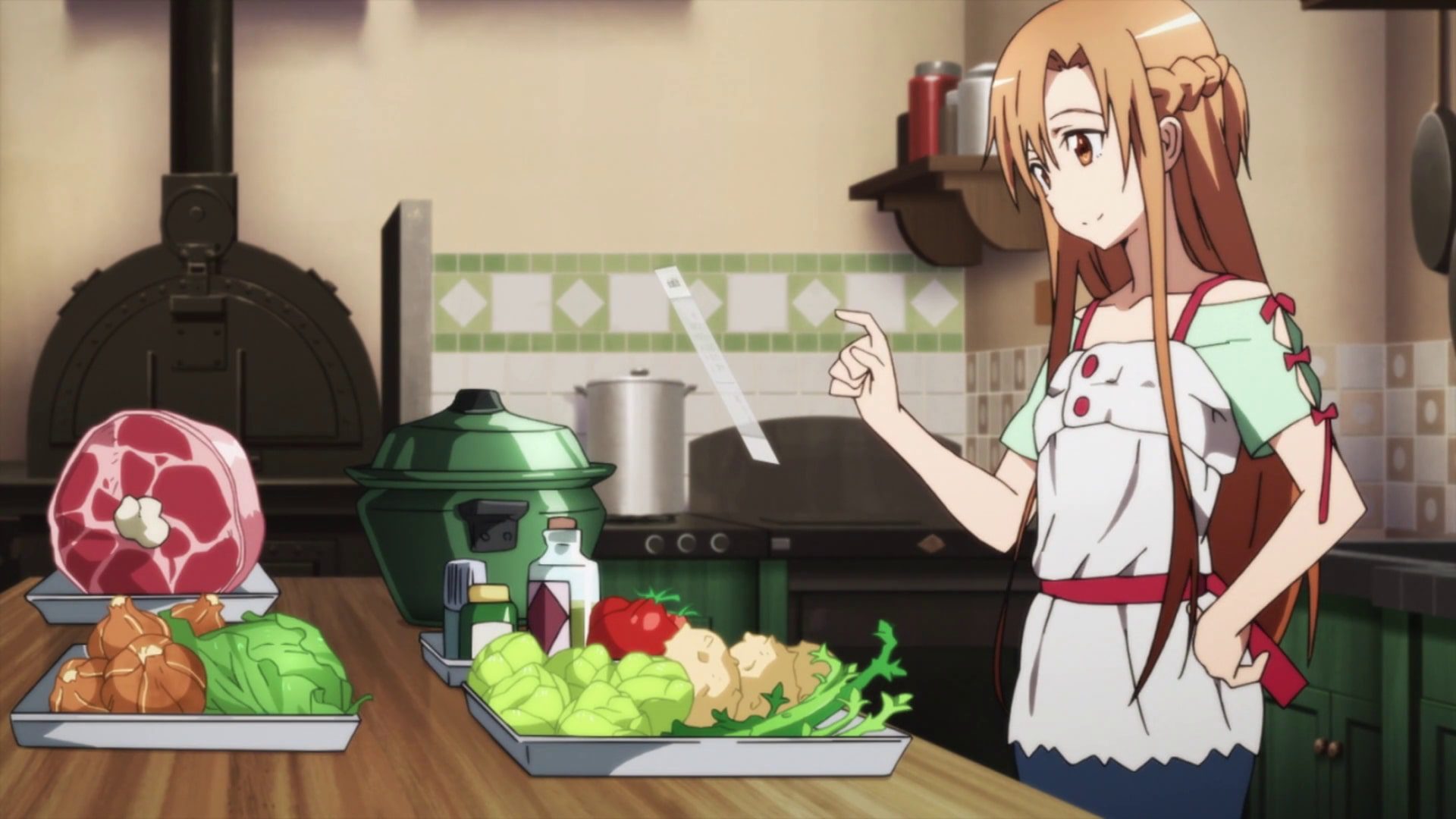 Also Read: 15 Facts About Kaido From One Piece That Will Fascinate You

One of the quirky parts about Kazuto Kirigiya’s personality in the series is his love for calculating random things out of the blue. This extra information about Kirito came out at the beginning of Sword Art Online II to add some spice to his character. However, it is a feature that is in line with his previous endeavors in the series. Since he loves working with computers so much, it only makes sense he also enjoys calculating random numbers sometimes. For example, Kirito will calculate how many bites of food he eats before his stomach is actually full or how far the Earth is from the Sun. 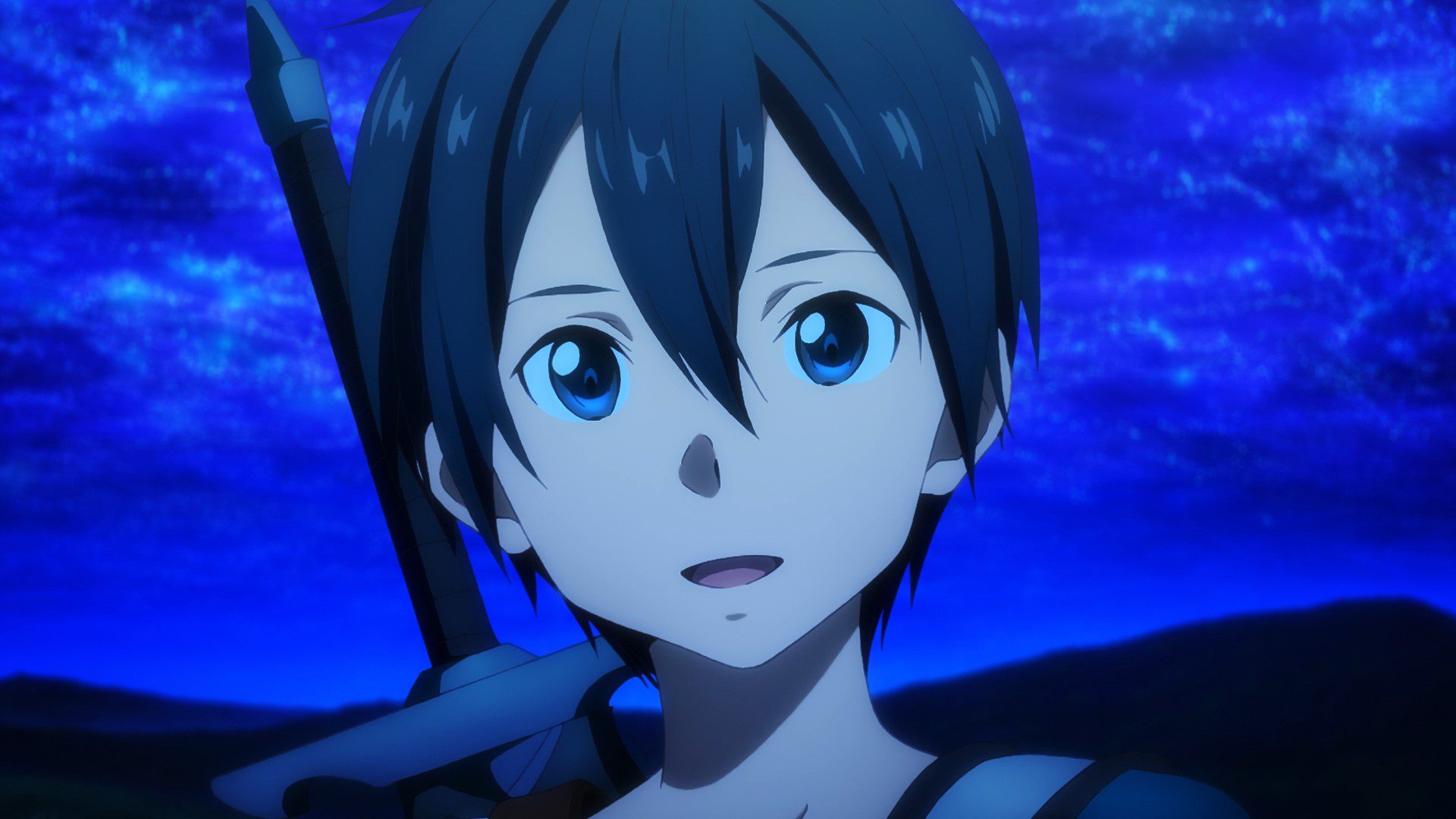 Now, this is another random fact about our hero. Kirito actually has an average IQ. In a poll in Japan for a popularity contest run by Dengeki Bunko, Renki Kawahara said that Kirito actually scored an average IQ on a test he took in middle school. However, that in no way implies he is stupid. Before Kazuto entered Sword Art Online as Kirito, he attended school just like everyone else. And this IQ score does no disservice to his role as the main character in the franchise. In fact, the opposite is true. A hero that is too perfect would be quite boring as the carrier of this series. 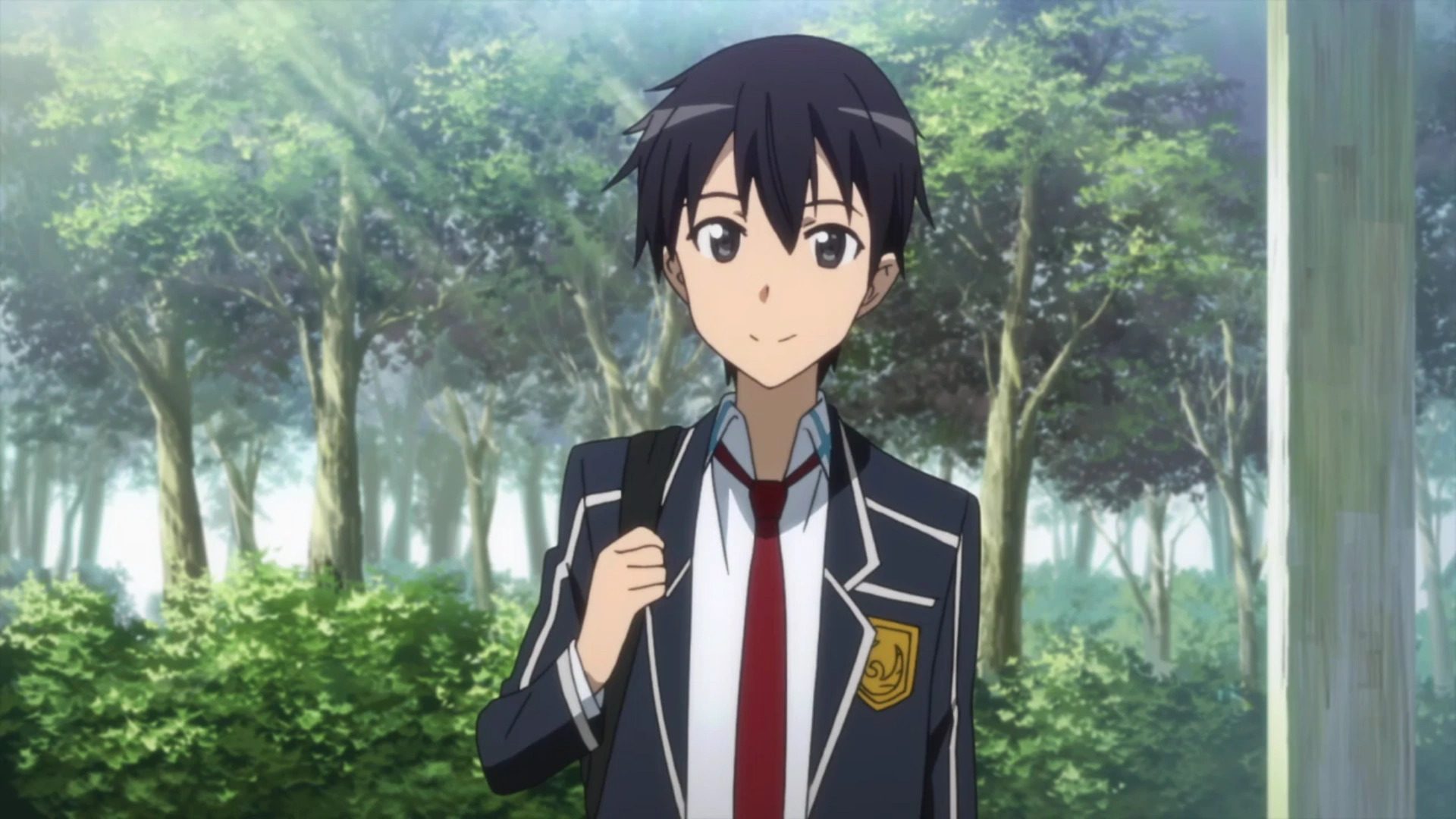 Kirito has an average IQ

Kazuto Kirigiya may seem a bit generic as an Isekai protagonist, but there are still some surprising facts about him that many fans may not know about. Kazuto loves to ride motorcycles. Fans of the series first get to see Kazuto ride a motorcycle in the second half of Sword Art Online during the Fairy Dance arc when he goes to visit Asuna in the hospital. The model of his bike is Yamaha DT125R 2015. 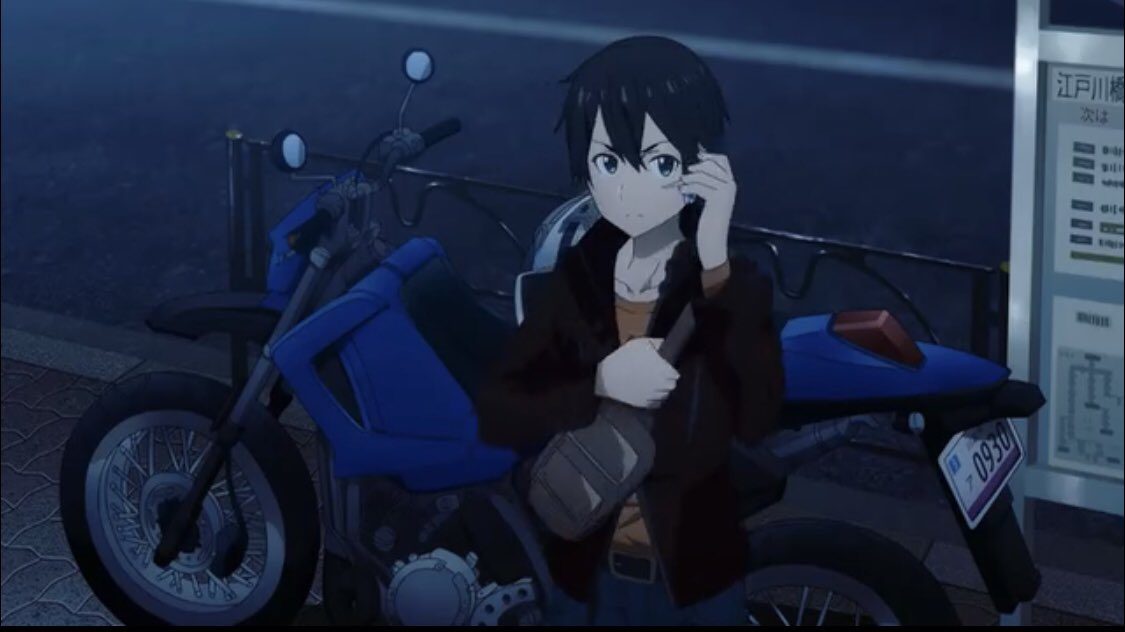 Kirito with his motorcycle

9. Kazuto Is A Dual Sword-Wielder And More!

Kazuto Kirigiya is one of the only characters throughout the series who has the capability of wielding two swords at the same time. He is proficient in controlling two swords at once, which is a very difficult thing to do. A dual-wielder has to control both of his hands perfectly and sync for the attacks to land perfectly. He has to be ambidextrous while wielding his swords. Since he is so adept at controlling two swords at the same that makes him the best dual-wielder in Sword Art Online. Kirito could master this skill as he has really fast reactions and reflexes. 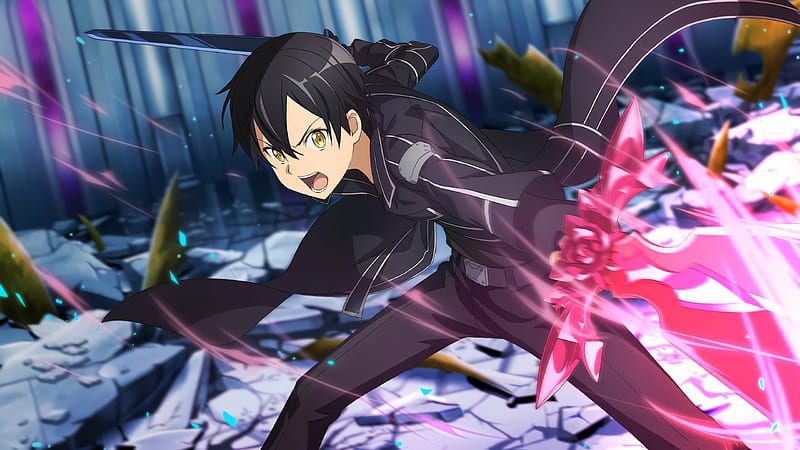 Not only this, Kirito actually wanted to wield three swords at the same time. However, he still has not managed to master this ability as of yet.

Kazuto Kirigiya is one of the very few beta players of the Sword Art Online game. He had always saved the data of the previous games he played. This strategy of his has time and again saved his ass throughout the gameplay. Not only did this tactic help him win in numerous battles, Kirito almost always had the upper hand because of this. And that is what makes him such an interesting protagonist. 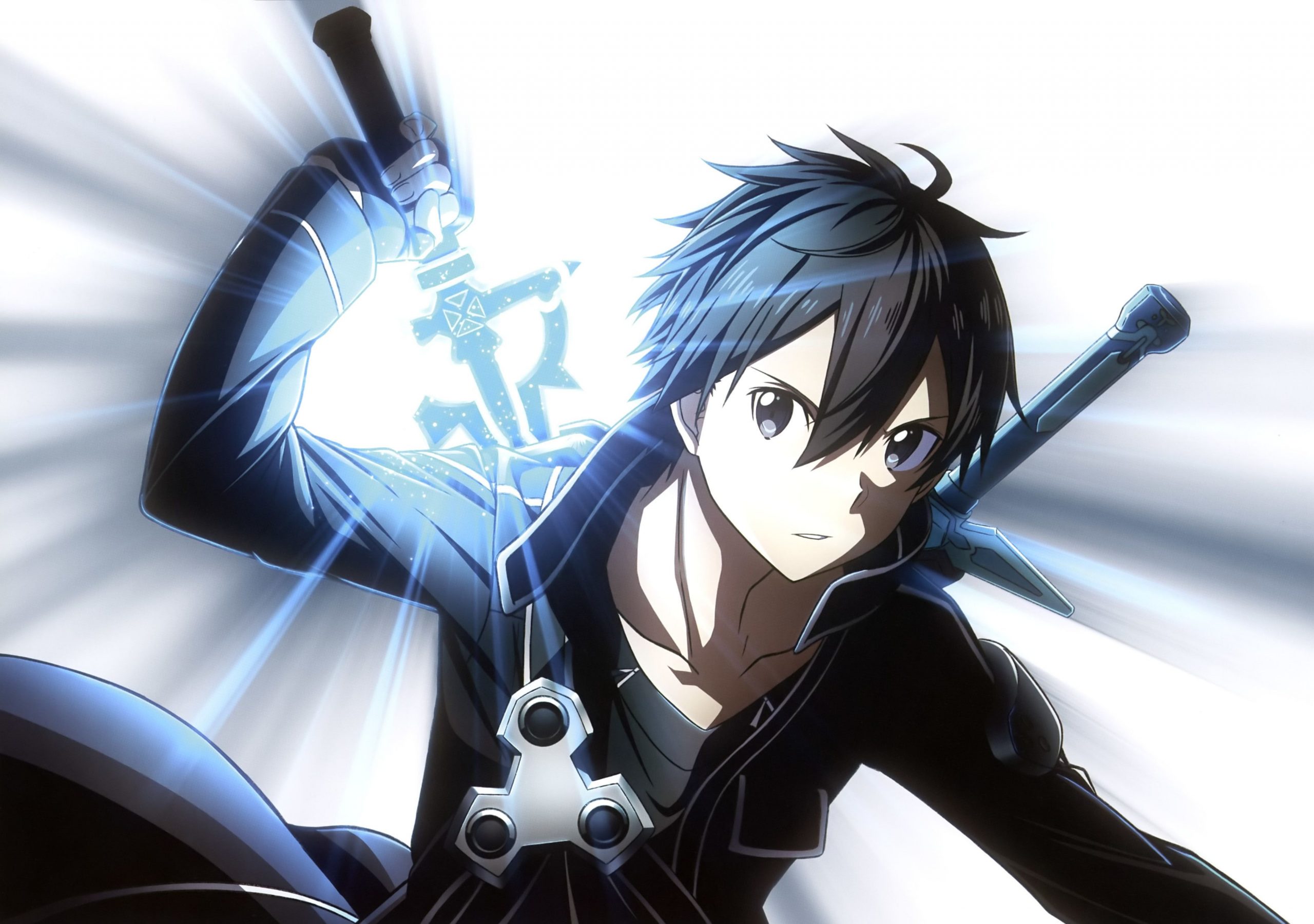 If you haven’t yet watched or read anything from the Sword Art Online franchise, then definitely check it out. The game is set in the year 2022, which makes this year the perfect time to start watching this anime. The anime series is available for streaming on Crunchyroll or Netflix. Watch the movie on Hulu. 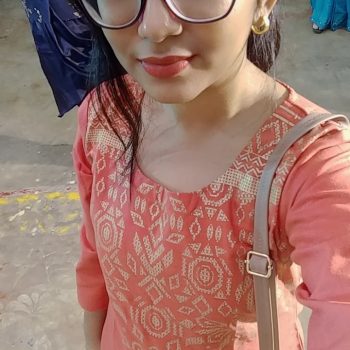