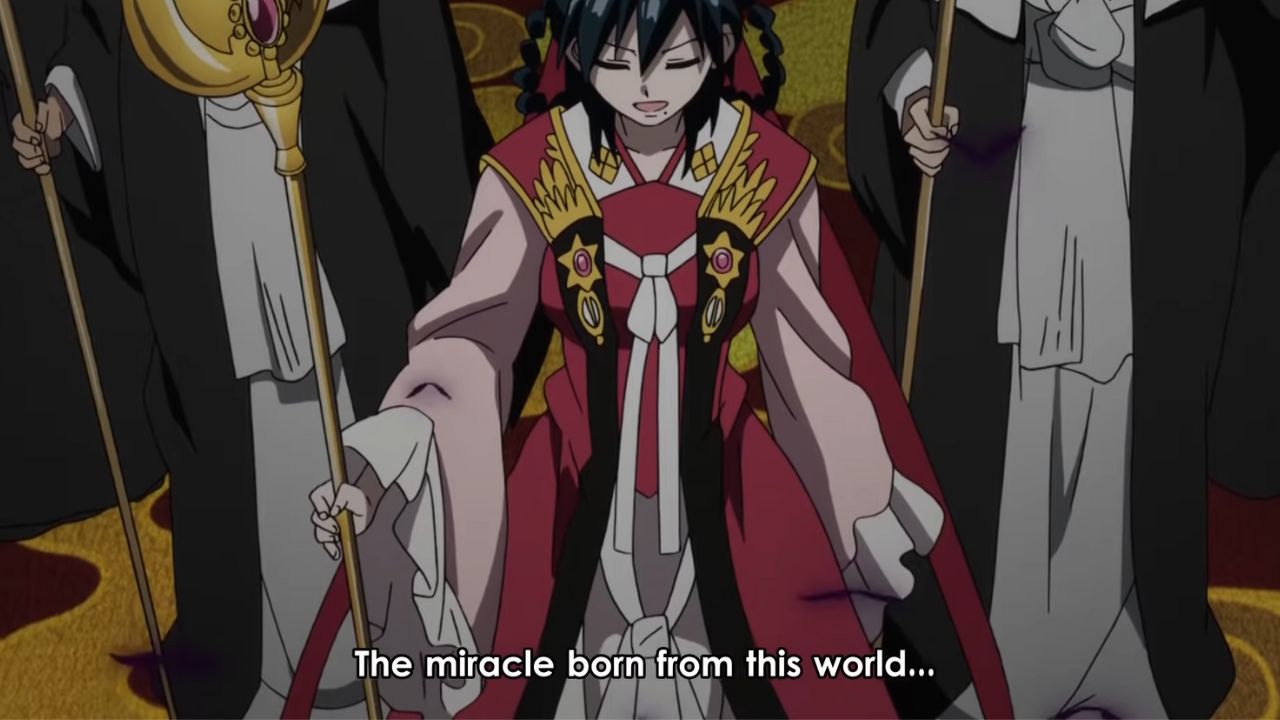 This year proved to be a fantastic year for anime fans as we get to see our favorite stars in action and some of them are about to appear on screens in the coming days. From the beginning till the end, the whole year was filled with amazing anime series and sequels. Not only this but some of the most popular manga series are about to animate soon and fans are really looking forward to that.

Even though there are many anime that are released this year, this doesn’t mean that the old ones are replaced. In fact, fans keep these shows very close to their hearts. We are talking particularly about Magi, one of the most loved and massively popular anime worldwide. Even though the anime is not ongoing but fans want to know about the storyline and are very eager to the future sequences. Deciding the correct sequence of manga after watching anime can be a very hectic task and requires huge research over the Internet.

To ease these efforts, we are here with all the guides you need to decide on the correct chapter of manga after watching Magi. We will be discussing other animes similar to magi and the correct streaming platform to enjoy the show. Everything is covered in this article itself so make sure to read the article till the end.

Magi is a Japanese manga-based series written and illustrated by Shinobu Ohtaka. The series features various folk tales across the globe. The series features a unique element called Rukh that flows within each individual and when they die, this element returns to the other flow and give birth to the other being and this is named Fate. This element, ‘Rukh’ decides the characteristic of certain characters and when someone is lost in despair, sadness, and hopelessness, this Rukh gets corrupted and give birth to the Fall of Depravity. If you are someone who loves to watch anime with great action and a solid storyline then Magi is the right choice for you.

Magi is one of the most famous series that exist on this planet and the credit for this huge success should be dedicated to its hardworking cast and inspired production staff. Some of the voice artists include Tomatsu Haruko who gave voice to Morgiana. Saluja Alibaba is voiced by Kaji Yuuki whereas Aladdin is voiced by Ishihara Kaori. Sinbad is voiced by Ono Daisuke whereas Judar is voiced by Kimura Ryouhei. 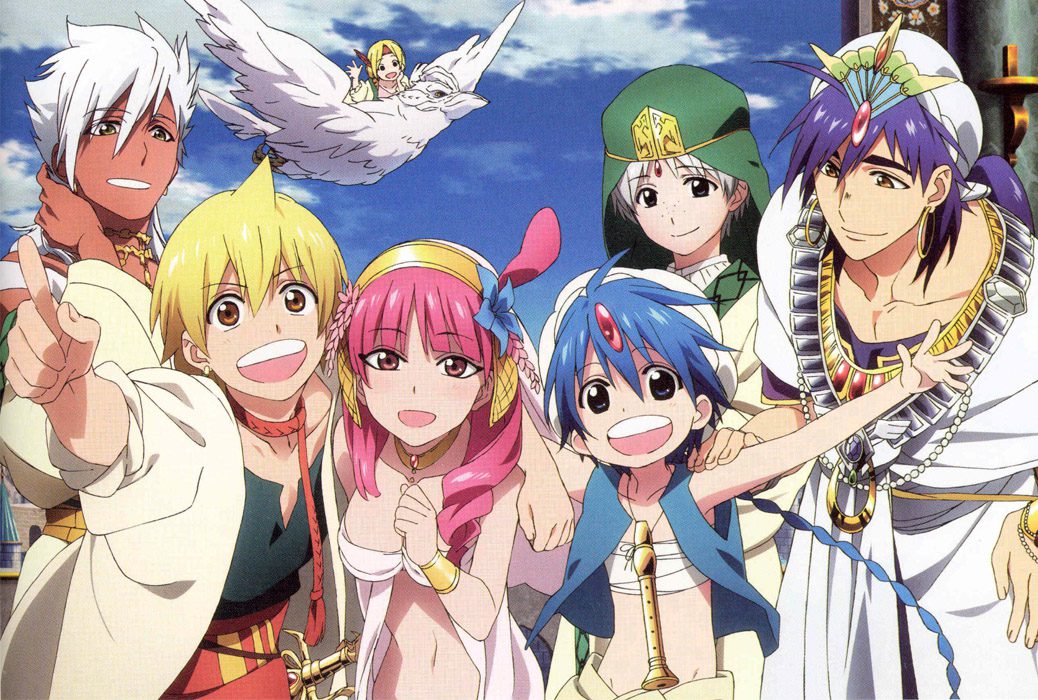 Anime: Magi: The Labyrinth Of Magic

If you have already watched the anime and looking forward to the manga then you must carefully read this section. The anime is adapted till chapter 198 thus you can start reading chapters beyond this. However, the first season of the anime leaves some of the major content from manga, thus it is advisable to read manga from the beginning to enjoy everything this series has to offer. The manga of the series Magi is very popular. In fact, you can easily find the craze of this series not just in Japan but also in the rest of the world. 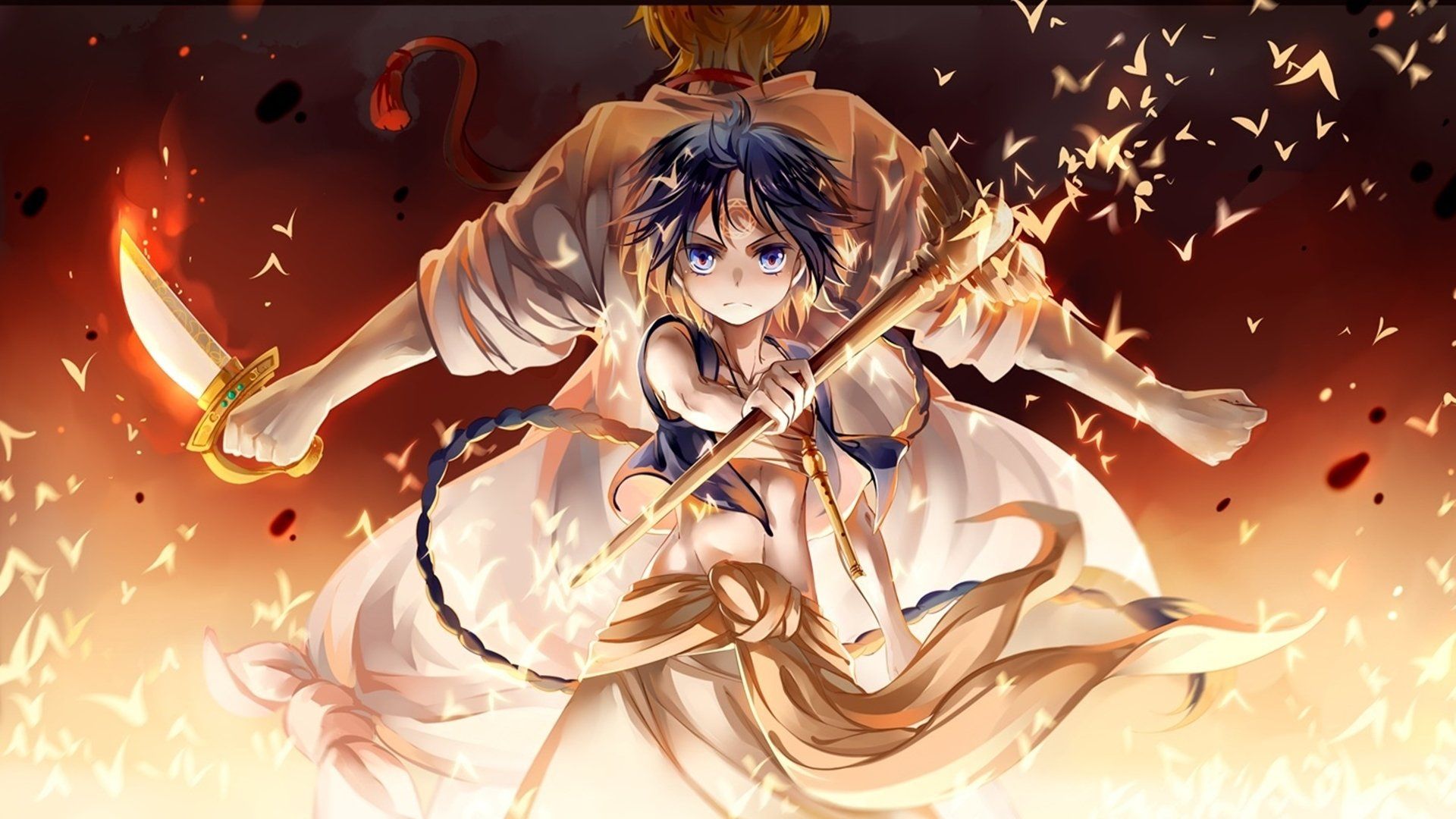 Magi: The Labyrinth of Magic

How To Watch Magi?

All the episodes of Magi are available to stream on Crunchyroll. As Crunchyroll is one of the largest anime streaming platforms, you can stream other popular titles like One Piece, Naruto, and Bleach here as well. The series offers Freemium services and the subscription pricing is quite affordable. Not only this, but Crunchyroll also offers you a huge collection of manga to read with your one subscription. Finally, if you are someone who loves to buy anime merchandise then you can purchase these as well from Crunchyroll’s dedicated anime store.

Also, read Where Does Tokyo Revengers Anime Leave Off in Manga?