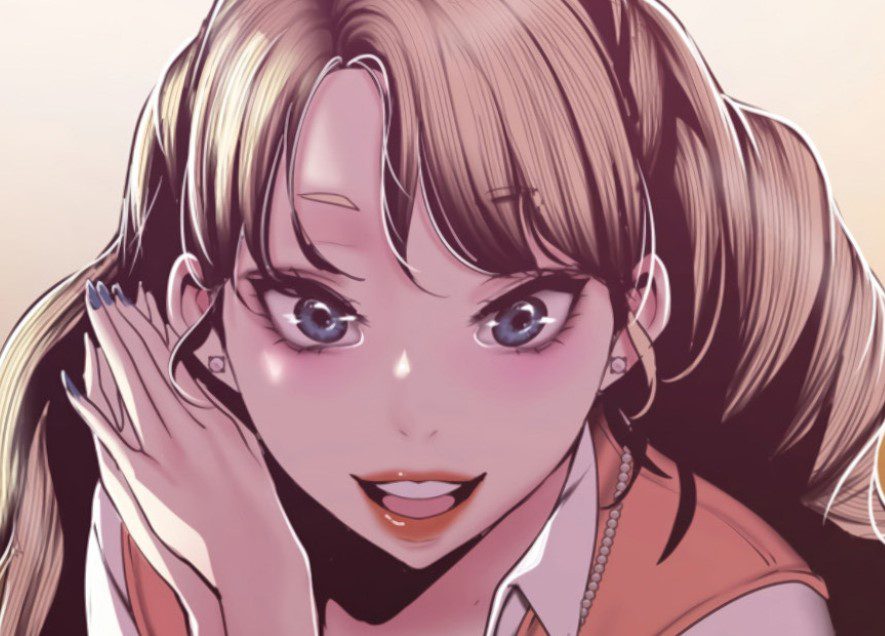 A Wonderful New World is an ongoing romance manga with more than a hundred chapters. This has other alternative names such as Amazing New World, Brave New World, and many more. According to various sources, this is the best popular ecchi manga that will be adapted into an anime soon. Most of us are unaware of A Wonderful New World manga since it is not easy to access this manga online but using its title, you can get the latest chapters of this manga online. This manga also has a good recommendation for those who love ecchi manga full of romantic comedy.

This manga started recently and is gaining popularity online on various platforms. It started by releasing more than ten chapters, then picked up to its weekly release, and it sometimes releases more than two chapters per week. This is good news for manga fans who want to know about new romantic manga like A Wonderful New World that recently debuted, which is interesting. Mangas like this one are in demand since most of them have ended, and fans get bored of repeating the same thing. But with this one, you will experience new things that you have been waiting for, and it will surprise you.

However, since this manga is new to most of us, you might be curious, and once you know about it, you will start to like it. The main character is a man who falls in love with many women at work, but things don’t go as planned. Hearing about this will make you want to know what happened in most chapters of this manga and how the main character’s story is revealed. A Wonderful New World is one of the manga that will excite you; it will never disappoint you.

Hoe Seung, known as Sung, is an office worker with bad luck, and his college always ignores him. This has become a problem for Sung since he ended up in trouble and faced disciplinary action even though he didn’t do anything. Everyone at work hates this young man, and he loses hope when facing trouble since he thinks that no one will help him, which is the end of his job. But his life changed when a witness decided to save him. Sung works for the biggest famous corporations in Korea. 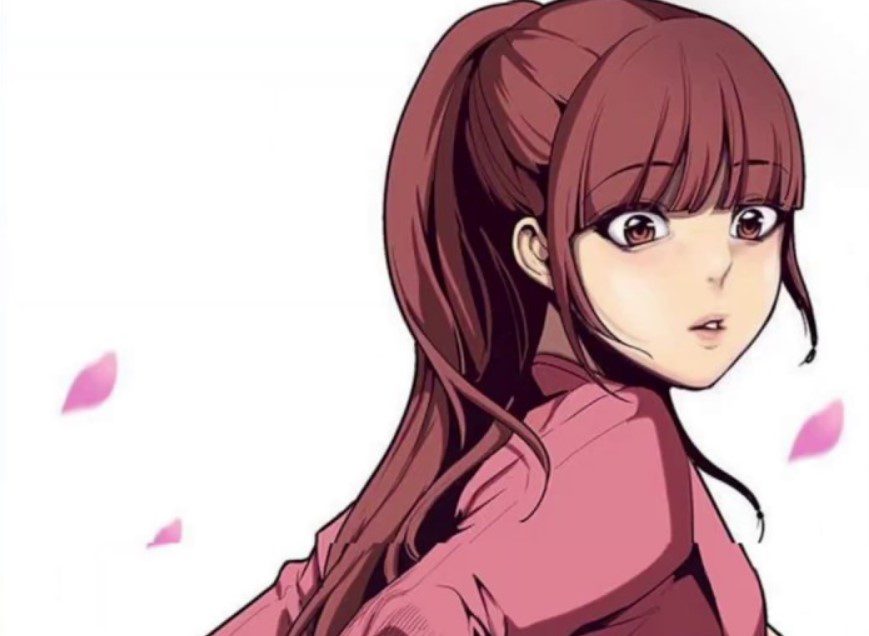 One day, Sung learns he was framed for putting a camera inside a women’s bathroom. This made breaking news; the women hated him, and no one wanted to go out with him or fall in love with him. Sung wondered if he would ever be beloved even though he had someone he loved. His fate changed when someone who knew the truth about the incident decided to save him and his reputation. The team manager notified Sung about his reassignment, but the story was over. The lady who helped him thought the case was over, but something strange happened.

Sung is a man with black hair, and he looks innocent despite being framed for bad things. But the accusations he faced suit him due to his behavior even though he didn’t do such things. The evidence that a mysterious lady brought was not enough to free him, and everyone at work continues to despise him, but a few ladies like him and always stand by him since they are interested in love and romance. Things have become interesting as Sung faces various things at work, as shown from the beginning of the chapters of this manga.

This is another manga similar to the one above. Hyun-soon is a guy who loves gambling, and it is the source where he can make money. He earns money via sports betting for Gun-Chul, a tyrant who is a leader of his gang with unrivaled charisma. Hyun-Soon wants to leave the gang, but the rules don’t allow him to leave, and he is afraid of his boss. But things change when Mee-Hee, Gun-Chul’s girlfriend, confronts him after a strange incident. 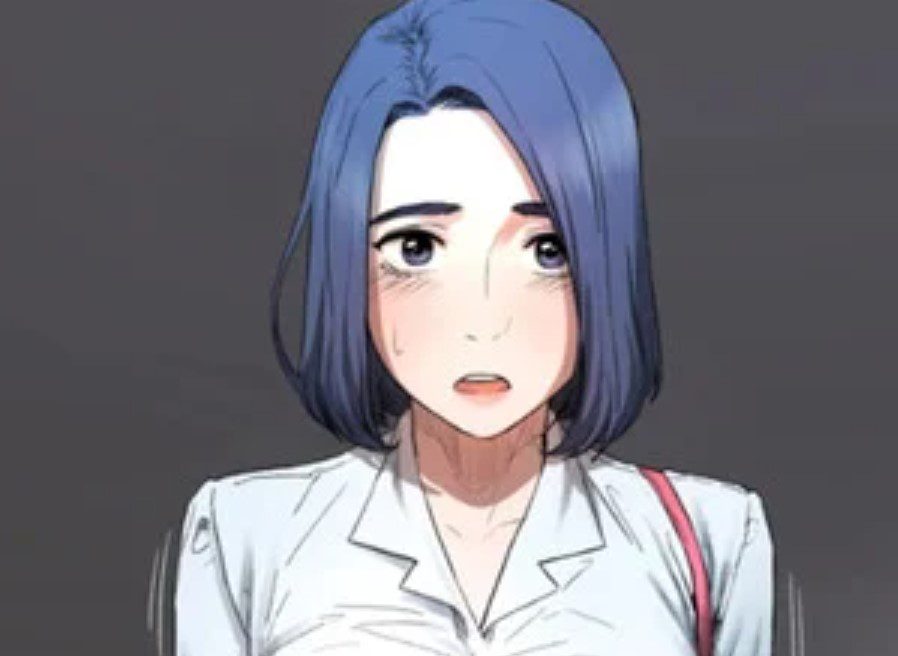 Shin Lee became the wealthy CEO of a company. He became popular and had a chance of getting any woman that he liked. But he has problems with his main hood and worries about what will happen if he falls in love with a girl who wants to accept who he is. On the other hand, there is a handsome man, Hyonggi, known for being charming and a deliveryman who answers any call within a few minutes. Shin met with Hyonggi, who rescued his daughter from a dangerous incident. This made Shin believe that Hyonngi would solve the problems he had. 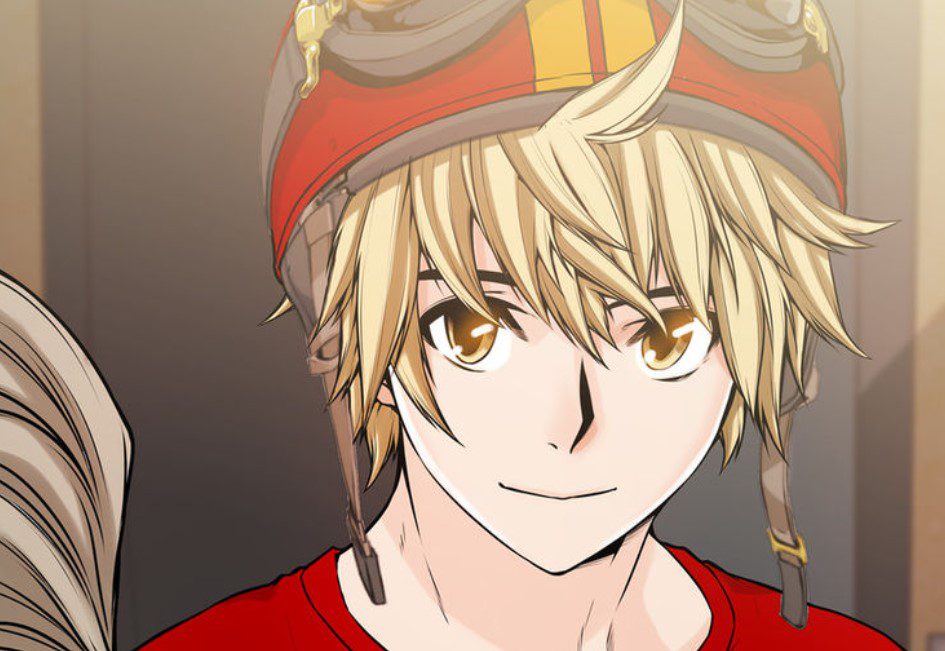 The Rib of Adam

Taeyoung is a man who treats girls like craps, but one day, things change when he wakes up and finds that he had a part of the girl. He begins to understand what girls experienced. Fortunately, his girlfriend wants to speed up the process, and Lizzy drags Taeyoung into a mysterious world of ladies. This changed Taeyoung’s life, who began respecting and treating ladies as humans since Lizzy helped him explore various things. 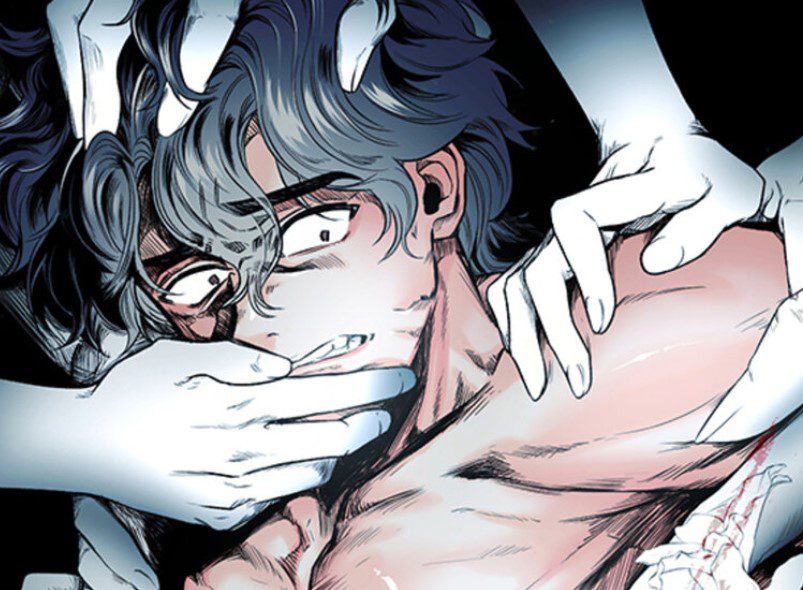 The Rib of Adam

Venus Guytrap is another interesting story of a man who decided to abandon his dream due to his sister’s love. This young man loved his sister dearly, and he learned strange things about his sister, who had become popular on the internet. A single video has changed the future of his sister. Life has never been the same for the two siblings.

This is an interesting story of two strangers who find themselves locked inside a room and are only wearing sleeping clothes. The two wondered who put them inside the room; if they spent more time inside it, they would begin to lose themselves. But it was tough for the two to know each other since they had different views. They later find that they are not alone inside the room and life becomes difficult for them. 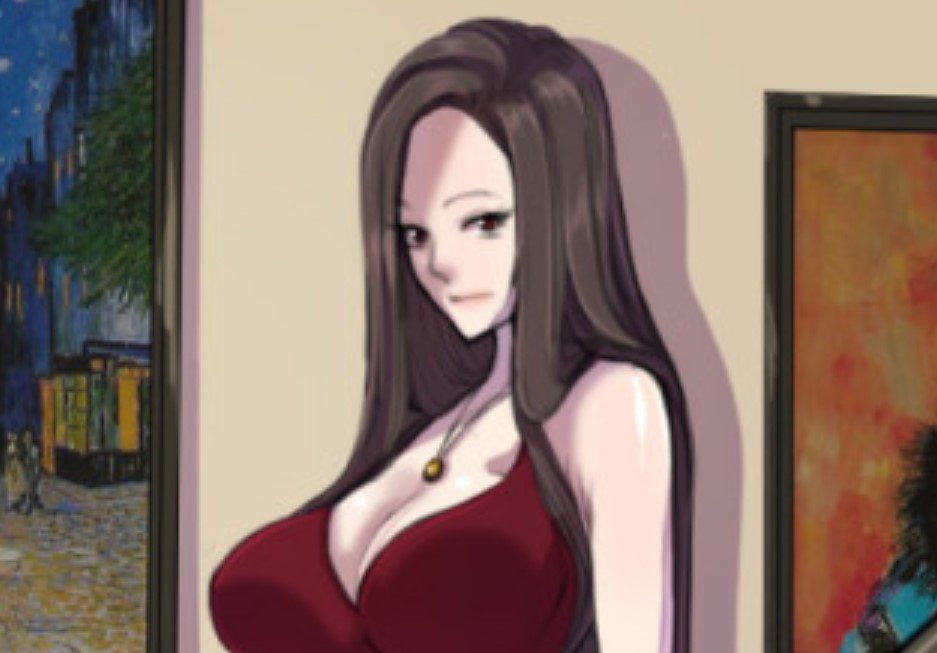 This is the story of a wife who falls into the trap after making a huge loan. The housewife works as a maid and ends up making a huge debt that tarnishes her honor to the man she owes. But she tried to survive to pay her loan even though the man was interested in love and romance. This mysterious lady is a strong woman serving all romantic attempts of the rich guy she owes. But things changed when she found a plan that saved her life from a rich man and managed to repay her loan.

Angel’s Tears is another interesting romance manga. This reveals the life of a lady who has been through hardships. When light shines on her life, the dark shadow keeps on following her, and the sadder the angel’s tears. The lady is the main character serving the dark shadow that is haunting her life, and she faces sexual abuse. But there is always light after the darkness that changes her life, and she begins to live a peaceful life. This is an entering manga that one should watch out for.

Gangdol is a strong lady who has been living in her hometown for many years. But her life changed, and she was hurt when Yuna arrived in her hometown. Yuna took away the love of Gangdol’s life. Yuna stayed away from Seoul for a long time, and her return has brought problems to the life of people like Gangdol. 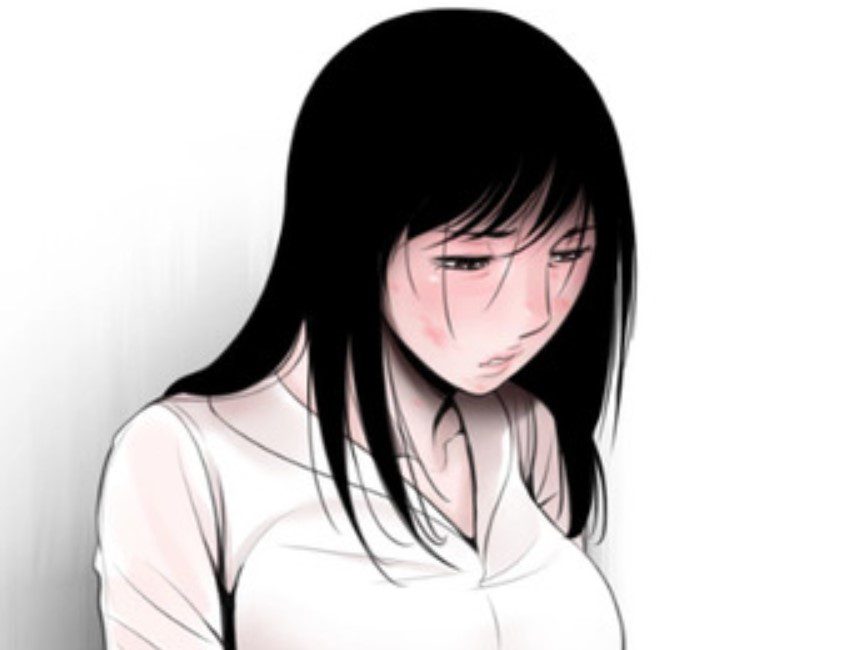 A Wonderful New World Manga has been continuing ever since it began in 2019. The manga took a few breaks, and there has been no stop in releasing new chapters weekly. The next chapters will follow the latest one, which will be released soon. A Wonderful New World Manga is ongoing to those who are interested and can read it online on various platforms. You can count three days from the latest release and get the date of the next chapter. 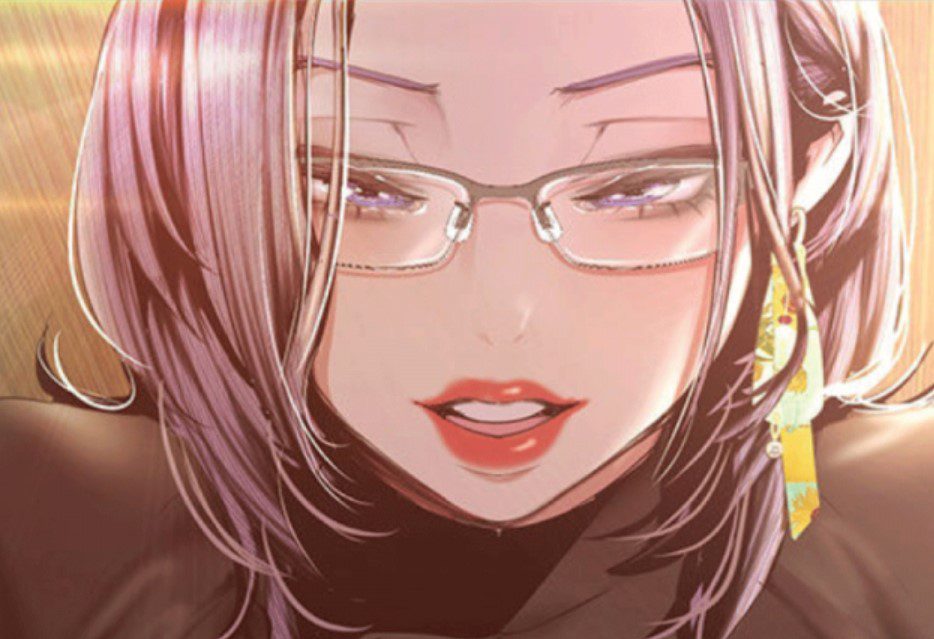 But we have no access to A Wonderful New World’s official websites. This manga has dropped many interesting chapters; they are more than 146, and the next chapter is around the corner. We couldn’t get more characters from this manga, but we will update as soon as we get the latest updates of this manga.

Also Read: Popular Anime Cats That Will Give You The Urge To Have Pet Cats