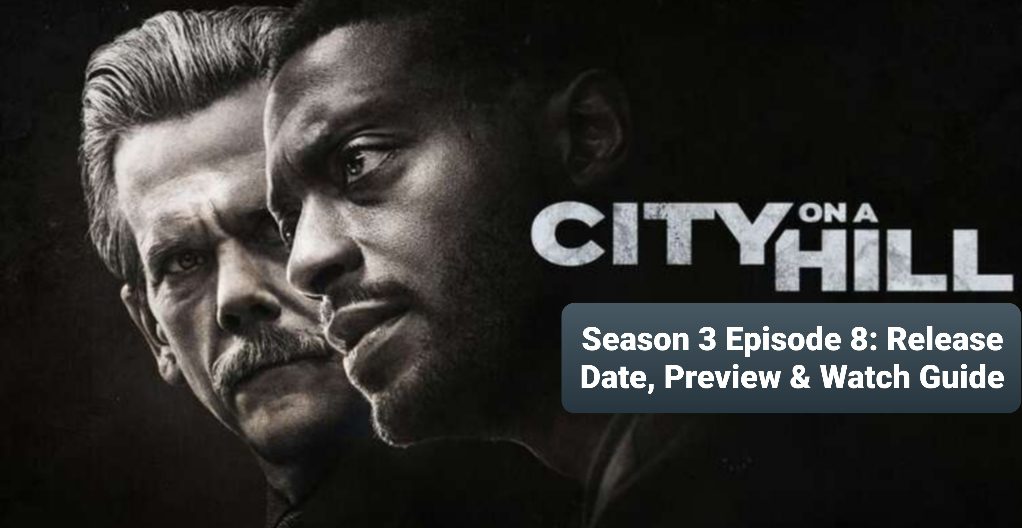 City On A Hill Season 3 Episode 8 is right around the corner. If you are looking for a crime and mystery-based drama, City On A Hill is exactly the best choice. Before getting into further details, let’s have a look at its storyline.

City On A Hill focuses on the unlikely relationship formed between Decourcy Ward and Jackie Rohr. The former is an attorney and the latter is an FBI veteran. They do this for the sake of taking down a gang of robbers from Charlestown. Do they become successful in their mission? Meanwhile, several events take place. Created by Charland ie McLean, each of the seasons has been intriguing, and full of suspenseful acts.

The viewers have now become impatient for the fall of City On A Hill Season 3 Episode 8. What can we expect from these upcoming ones? Here is what all the fans need to know about the future of this crime series.

So, when will City On A Hill Season 3 Episode 8 be released? It is scheduled to fall on 25 September 2022 on Showtime. As far as the time is concerned, the episodes are likely to drop out at 10:00 p.m ET/PT. Make sure you keep an eye out and don’t miss out on the episode, as it gets released every Sunday.

City On A Hill Season 3

City On A Hill Season 3 Episode 8 will be titled “Whipping Post.” Well, this is going to be the season finale. So, the major events which are yet to be concluded will be taking place now. Decourcy will appear to make several serious preparations for the trail. On the other hand, Jackie will be seen finally, getting track of a witness who can help later.

Are you wondering about where to watch City On A Hill Season 3? The official network is already mentioned above, which is Showtime.

Talking about the streaming details of City On A Hill, having a Showtime Now membership is the best option you can opt for. Why? What’s the benefit? Having this will help you to watch the episodes a couple of days before it’s released. Yes, you can watch the chapters on Friday. On signing up, you will get a free trial benefit for a month. Later, per month subscription will cost you $10.99.

Well, if you are from India, you can watch City On A Hill on Disney+ Hotstar and Zee Cafe. On the latter one, Episode 8 is set to get broadcasted on the following day of its original release, that is on 26 September 2022 at 3:00 p.m IST.

In case you have missed out on watching City On A Hill Season 3 Episode 7, here we will get you covered with a brief synopsis. Well, it was released on 18 September 2022, titled “Boston Bridges, Falling.”

In this episode, we have Jenny’s relationship with Diarmuid Doyle growing. On the other hand, Jackie Rohr sets himself out of the hospital, finally happy. But, for what? Jackie is ready to take revenge and plans for the same. Siobhan makes herself ready to fight for the sake of revealing the wrongdoing of Needham Industries. For this, she asks Decourcy Ward for some help. What happens next? For this make sure you don’t miss out on City On A Hill Season 3 Episode 8. Start your countdown! Happy Streaming!