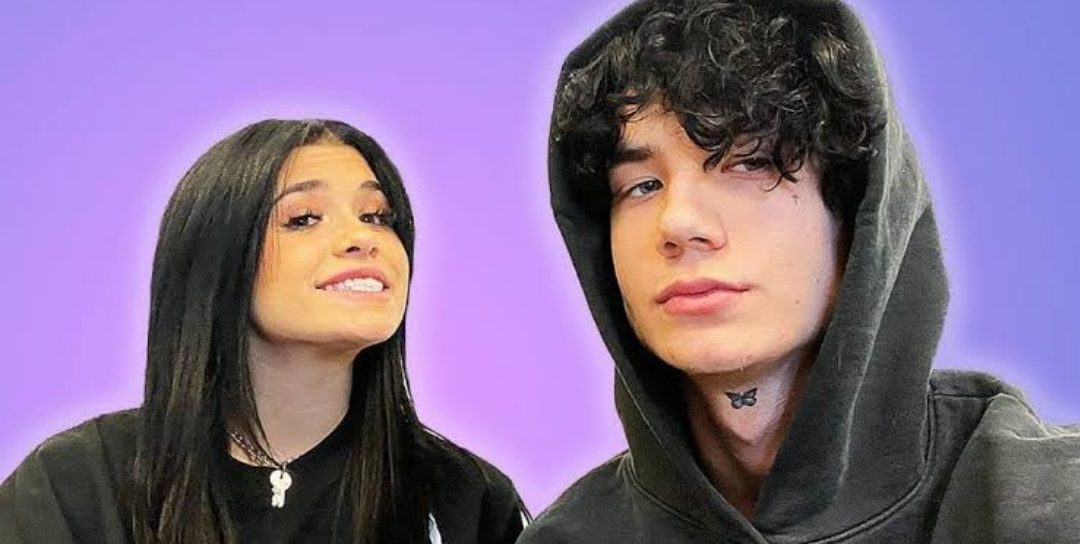 Nessa Barrett and Jaden Hossler break up news has taken over the internet for a while. Nessa is an internet sensation who has gained immense popularity from her TikTok videos. The influencer launched her career in February 2020. She is also a music star. In July 2020, Nessa Barrett released her solo album “Pain.” Although it’s the start of their career, Nessa Barrett started dating Jaden Hossler. The couple met when they filmed together for their song “La Di Die.”

The song helped the couple get together and start dating. In the summer of 2021, the pair announced that they were dating. They frequently appeared on each other social media sites. The couple was often caught together at the Sway House, spending considerable time together. They enjoy each other’s company and are often seen enjoying dinner dates or vacations together.

However, lately, their breakup rumor has taken over the internet. Over the last few months, Nessa and Jaden hardly appear on each other’s social media profiles igniting the breakup rumor. Here in the article, we will talk about their relationship. Let’s delve into the article and find out; Did Nessa Barrett and Jaden Hossler break up.

Did Nessa Barrett And Jaden Hossler Break Up?

Yes, Nessa Barrett and Jaden Hossler break up. The couple split their ways in 2022. They announced their separation via an Instagram post. The couple released a joint statement on 2 May 2022, saying, “Last month we split our ways. We need to focus on our careers and mental health. Please don’t send hate comments. It’s a mutual decision. We would heal privately.  Thank you so much for your support.”

Nessa Barrett and Jaden Hossler split their ways, and they are no more together. Fans recreated their breakup, saying, “we are constantly waiting for Nessa to release a blast breakup album this summer. Although it saddened fans, they poured their love and sent their best wishes to the couple. 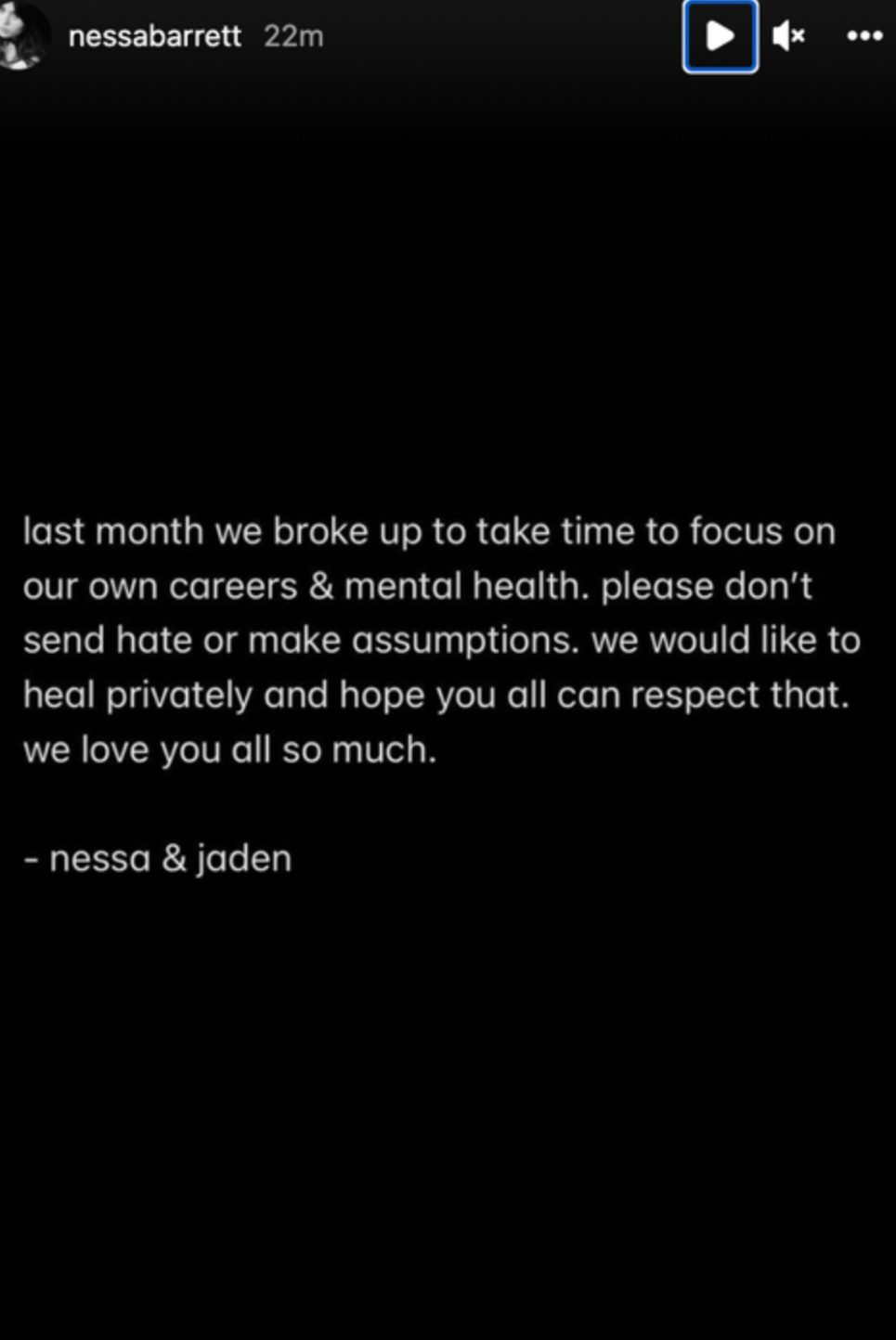 Their breakup rumors grabbed much more attention of the fans when back in time, her fans cached that they unfollowed each other on social media. Fans highlighted the unfollowing on social media. Luckily, Jaden took his account to clarify the same. He posted a screenshot where it seems like Jaden flows Barrett on Instagram while Nessa does not. Well, Nessa did not follow Jaden on any of the social media platforms.

Some people speculate that she did that for the promotion of her new album. Nonetheless, Nessa released a statement on her social media profile saying, “I have not done anything for media publication. Even if one person will listen to my music, I will be happy.”

Who Is Nessa Barrett?

Nessa Barrett is an American singer and songwriter. Her full name is Janesa Jaida Barrett. However, she is known by her professional name. The rising start was introduced to fame in 2019 when her TikTok videos went viral on the internet. After a successful music career, Nessa started her solo music journey in 2020 with the release of her first album, “Pain.” In August 2021, Nessa’s I Hope Ur Miserable Until Ur Dead became her song to enter the list of the top 100 Billboard Hot 100. She is very much active on social media, where she shares her glamorous pictures. Nessa has around 7 million followers on Instagram.

Also Read: Why Did Max Break Up With Lucas? Know All About It

Who Is Nessa Barrett Dating Now In 2022?

After her breakup with Jaden, Nessa became quite private about her life. She is not dating anyone as of now 2022. Nessa is very much single and is very focused on her career. She is busy enjoying her bachelorette life and is often seen hanging out with her friends. She is quite active on social media and also shares her vacation pictures with her fans.

Also Read: Who Is Lena Waithe’s Girlfriend? Why Did She Break Up With Alana Mayo?