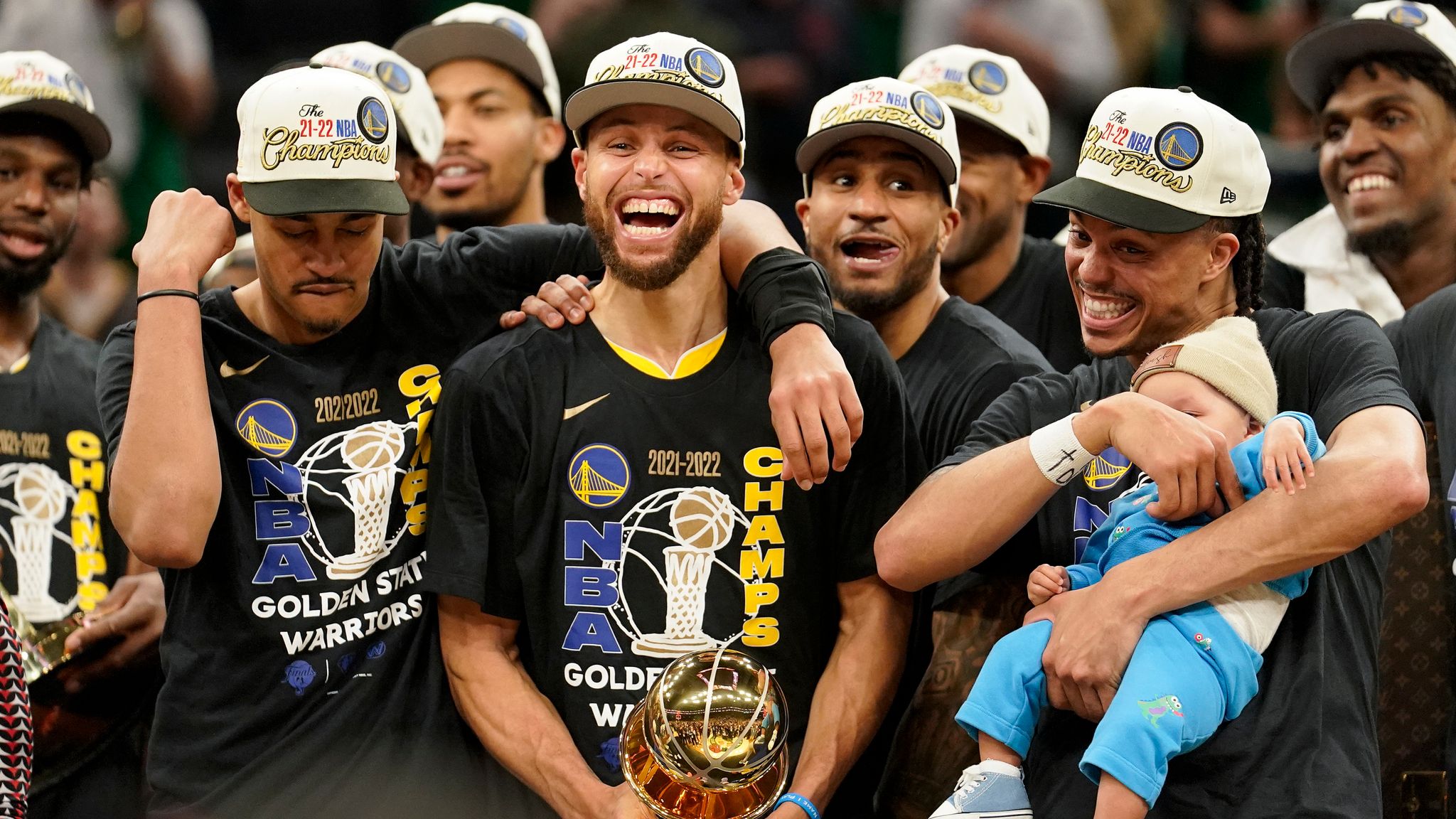 NBA games are not just a sport at this time, but they have become an emotion. People are always looking forward to spotting one of the best moments in the NBA. Till this point in time, there already have been some awesome and epic shots or sequences that make the fan go crazy. Be it a coincidence or a planned fake, NBA has had it all. There are star players such as Michael Jordan, LeBron James, and the late Kobe Bryant who have given us so much competition to begin with. Well, to wrap up a few, we have discussed some of the best moments in NBA games.

Be it The Celtics or Golden State Warriors, there is always something happening during the NBA games. We have seen so many amazing moments during the game live that it was hard to believe our eyes.

Americans have developed a fast-paced version of Basketball that requires high skill and speed. Since the start of the NBA, players from all over the country have been trying to get drafted into one of the teams.

Michael Jordan got off from NBA and basketball altogether in 1993. He went off to venture into Baseball but never gained as much success in the sport as he did in Basketball. MJ did retire after his third championship that came after the 1993 season. Jordan was seen playing for Chicago White Sox as of then for almost a year. Nobody at that time knew if MJ was coming back or not, and fans were severely confused. Well, in 1995, Michael Jordan came back to the media and did a press release. He just said two words that made the NBA fans fanatic over him. MJ said, “I’m back,” and honestly, it was enough. 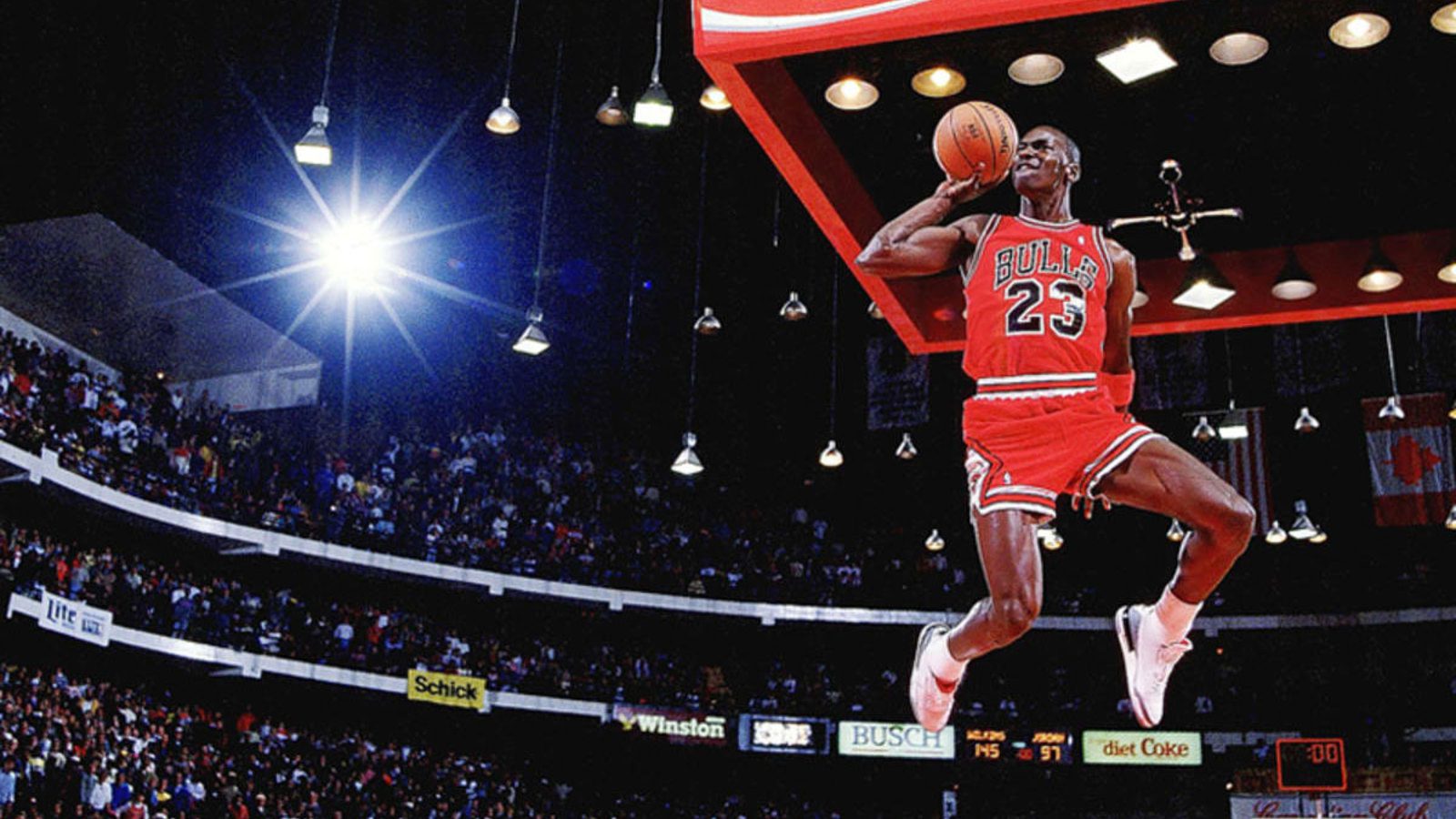 Michael Jordan mid-air for a basket – playing for Chicago Bulls

2. The Block by LeBron James

This incident in the history of the NBA will always be iconic. Back in 2016, Cleveland had not won any trophy in any sport for almost 50 years. Well, this best moment in NBA changed it all. In a 2-on-1 round with just 2 minutes remaining against the Warriors, LeBron did something magical. We saw Curry and Iguodala against him. Well, the ball was passed on to Iguodala, and it looked like he would do a layup shot at the end. Well, it never happened because James, legit, came out of thin air, blocked the shot, and won for Cleveland. This moment ended the hatred that was building up against LeBron James.

Michael Jordan probably has the most iconic moments in all the history of best moments in the NBA. It was back in the 1991 NBA finals, during the second game, that Michael Jordan switched his hand during a layup shot. The game pitted Chicago Bulls against Los Angeles Lakers. While he was taking the shot, he switched his hand from right to left, confusing the opponents and the watchers as well for a second. This was a really smart move on his behalf. Layup shots have always been a crazy deal in the game.

The previous awesome moment during such was made by Julius Erving in 1980. It was when Erving executed an under-the-basket layup shot. During the game in 1991, Cliff Levingston was in possession of the ball but passed it to Jordan, who was standing near the basket. When he aimed for the basket, the ball was in his right hand. In front of him was Sam Perkins, the best defender on the Lakers team. He tried to interrupt the shot but did not. Although, Jordan did not want to take any chances, and we saw him switching hands and doing just the right spin. Basketball is a fast-paced offensive game that requires quick responses from the players, and Michael Jordan is just an asset to it.

Kyrie Irving is one of the best players in the NBA. During this moment, the Cleveland Cavaliers were against the Golden State Warriors at a tie of 3 points. In order to break this score and get ahead, the Cleveland players had to do something out of the blue. During this time, there were just 69 seconds remaining in the game. Kyrie was given possession of the ball and had to move past Curry (which obviously is no easy task).

With time slipping away like sand in an hourglass, Kyrie had to do something, and he did. The Cleveland player shot the ball from 25-foots away from the basket. It obviously was a risk, but he manages to score a goal. There were still 53 seconds left when the Cavaliers won the round. This shot was later established as the biggest shot in the history of the NBA. It was even larger than the one executed by Ray Allen back in 2013.

It was worth seeing the late basketball star on the court. He managed the hoops as if they were a piece of melted butter for him. He obviously has had a memorable career over the year, but this moment was the best that the fans could have ever asked for. His team was against a match with the Raptors. Scoring 81 points in a basketball is totally epic. He is obviously sitting behind his 100-point score Chamberlain.

Well, we see players executing a three-pointer these days left to right, so what is so special about Ray Allen doing the same? Well, if you were there, you would know. This was not an average three-point shot. Back in the 2013 NBA Finals, we saw Allen and his team on the losing side. They just needed three points to win. Time was obviously running out with less than 15 seconds left. Almost every fan had lost hope at that moment and thought the victory would be for San Antonio Spurs.

To make things even worse, iconic basketball player LeBron James had also missed a very important three-pointer shot at the basket, and there was not even a ray of hope. Rat Allen specializes in sharp shooting at the court. Chris Bosh had the ball, and he rebounded and passed it to Ray. He immediately took a three-point shot at the basket and did not miss. It came as a wave of surprise and happiness, and the whole arena was just cheering for him. This was obviously a very close call for the team. The game was then forced into overtime. Later, the team united and won the match. This was everything that the fans could talk about for a whole year.

We have already discussed Kobe having 81 point game. Although, before him, Wilt has set a record for even higher. Back at that time, Wilt was playing for the Philadelphia Warriors. He truly set a legendary moment for all the hoop fans to reminisce about even today. The team was set against New York Knicks. Individually, Wilt is quite known for his talents on the court. Well, his teammates were not as highly accomplished at that time as he. Points after a point, they were passing the ball to him, and he did not stop scoring at all.

Even his mates supported his skills that day during the match and trusted in his lead. By 60 points, it was obvious that the Knicks were struggling to defeat him on the court. Soon, a moment came when the player went on to hit that triple-point mark on the scoreboard. We have hardly seen anyone break his record till now. Kobe was close but still did not exceed him. Wilt is also one of the few players to have an average score above 40 points during a game.

Also Read: Everything You Need To Know About NBA Draft: The Process & History