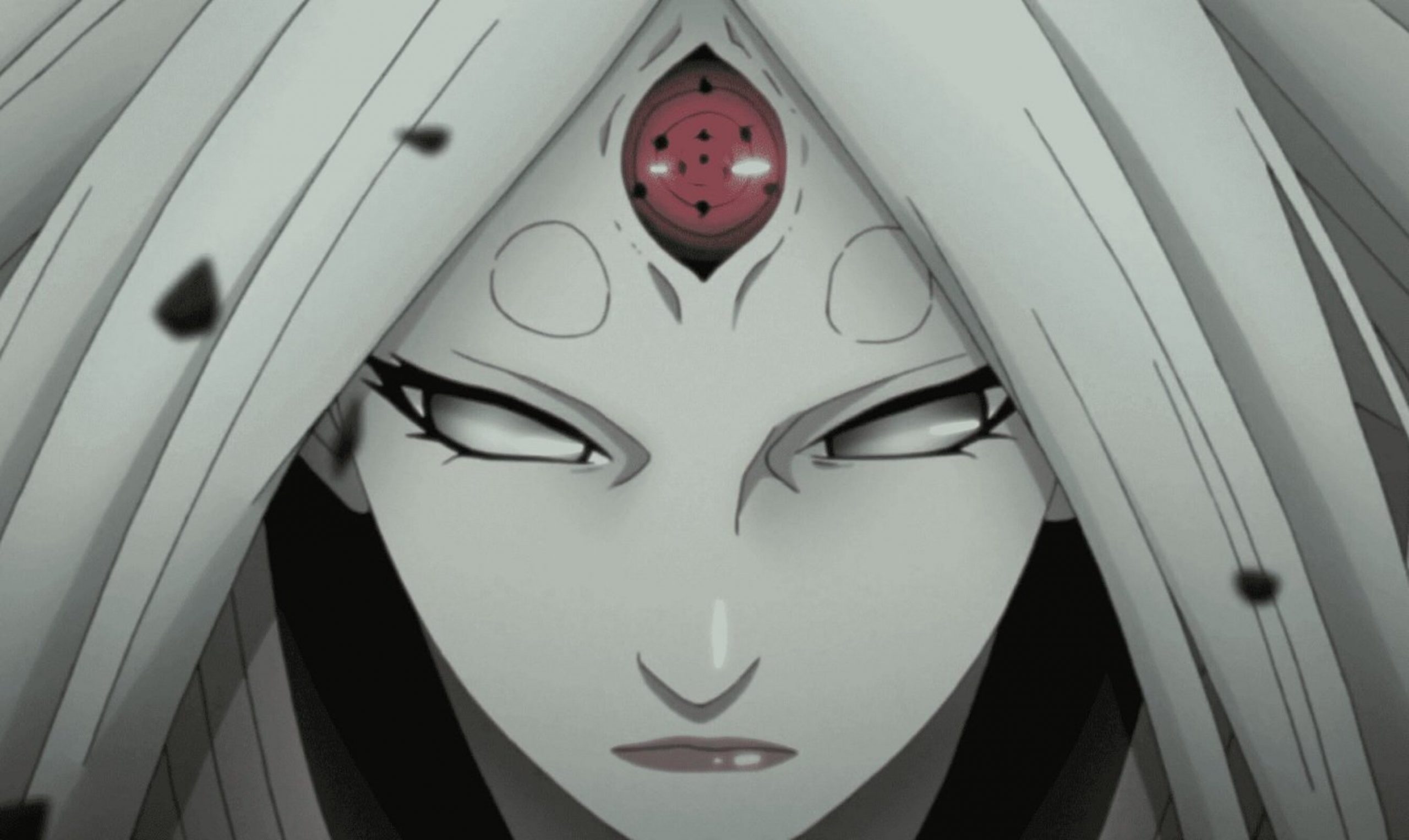 What Episode Does Kaguya Ōtsutsuki Appear in Naruto Shippudden For the First Time? Kaguya Ōtsutsuki is a character from the anime and manga series Naruto franchise. Kaguya is the main protagonist of both the original Naruto and the Naruto: Shippuden series. She is the first-ever character in the series to use the Kyuubi seal, a powerful technique obtained when sealing the Kyuubi that allows the user to transform into a hulking, monstrous form. Kaguya was the main antagonist in the Naruto Shippuden series and was the founder of Chakra.

Hogoromo and Hamura defeated and then sealed her so she couldn’t bring danger to the next generation; but she left her creation, known as Black Zetsu, with the hope that one day she would be resurrected. It was Black Zetsu who altered the events which brought her back to life. She gave fierce competition to Naruto and Sasuke as well as killed Obito. But eventually, she was sealed by Team 7, which halted the time of shinobis.

The anime adaptation of the Naruto manga was directed by Hayato Wada and produced by Studio Pierrot. The story focuses on the conflict between the ninja villages and the Leaf ninja while also following the main Naruto characters, Naruto Uzumaki and his team, as they go on their journey to find the nine-tailed fox, complete their mission, and defeat the Nine-Tailed Fox.

As the first person (or member) in the Otsutsuki clan, Kaguya Ōtsutsuki is the mother of Hagoromo and Hamura Otsutsuki. Long before the founding of the hidden villages (and perhaps of alien origin), Kaguya appeared after a comet crashed on earth (or maybe she came from the sky) and stayed with the clan that founded her. There was a special tree called “The God Tree” that fascinated her. She used some unknown powers to erase the memories of her arrival from the minds of the members of that clan. Afterward, she fell in love with the Head of the clan and was carrying his child(in this case twins); however, when war broke out between clans, she fled to the God tree because of a misunderstanding. 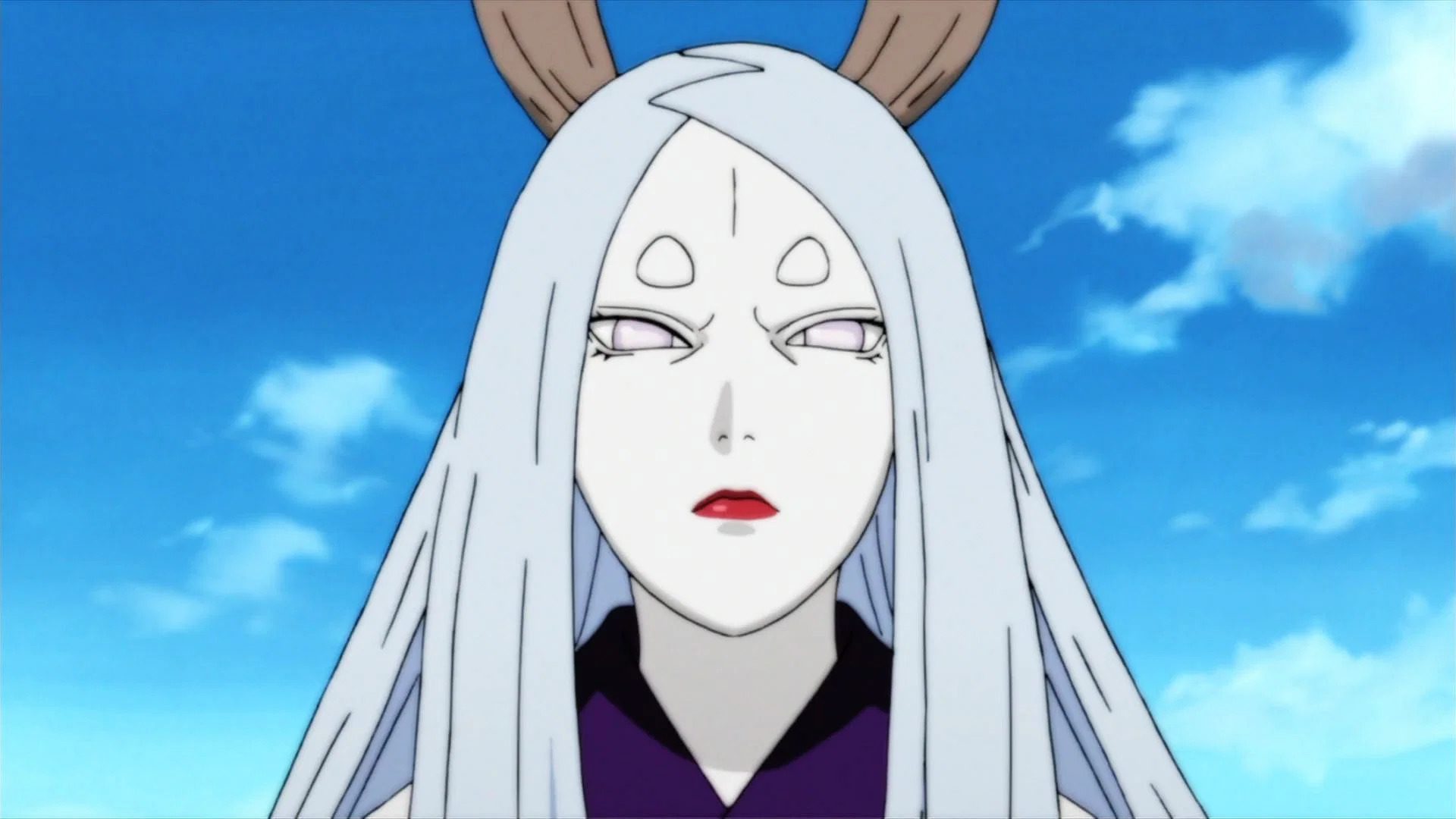 Through her consumption of the fruit of the God Tree, she became the first person on Earth to wield the Chakra. By using this power, she enslaved the people by binding them to the tree (who later turned into white Zetsu). As she gave birth to Hogoromo (sage of the six paths) and Hamura, the two rebelled against her after discovering what she had done. Sometime before ceasing to exist, she became the Ten-tails. After many battles, Hogoromo and Hamura finally sealed her.

Also Read: What Episodes of Naruto Shippuden Are Fillers?

What Episode Does Kaguya Ōtsutsuki Appear?

Kaguya Ōtsutsuki first appear in Naruto Shippuden Season 17 Episode 460. Let’s see what happens in this episode, Kaguya’s first appearance on Earth roughly a thousand years before the series of events. A few years later, she is seized as a concubine by Tenji, the ruler of the Land of Sou, a small feudal country. When asked her purpose for coming to Earth, Kaguya states that it is to protect the Divine Tree, which appeared outside the Land of Sou a millennium earlier. 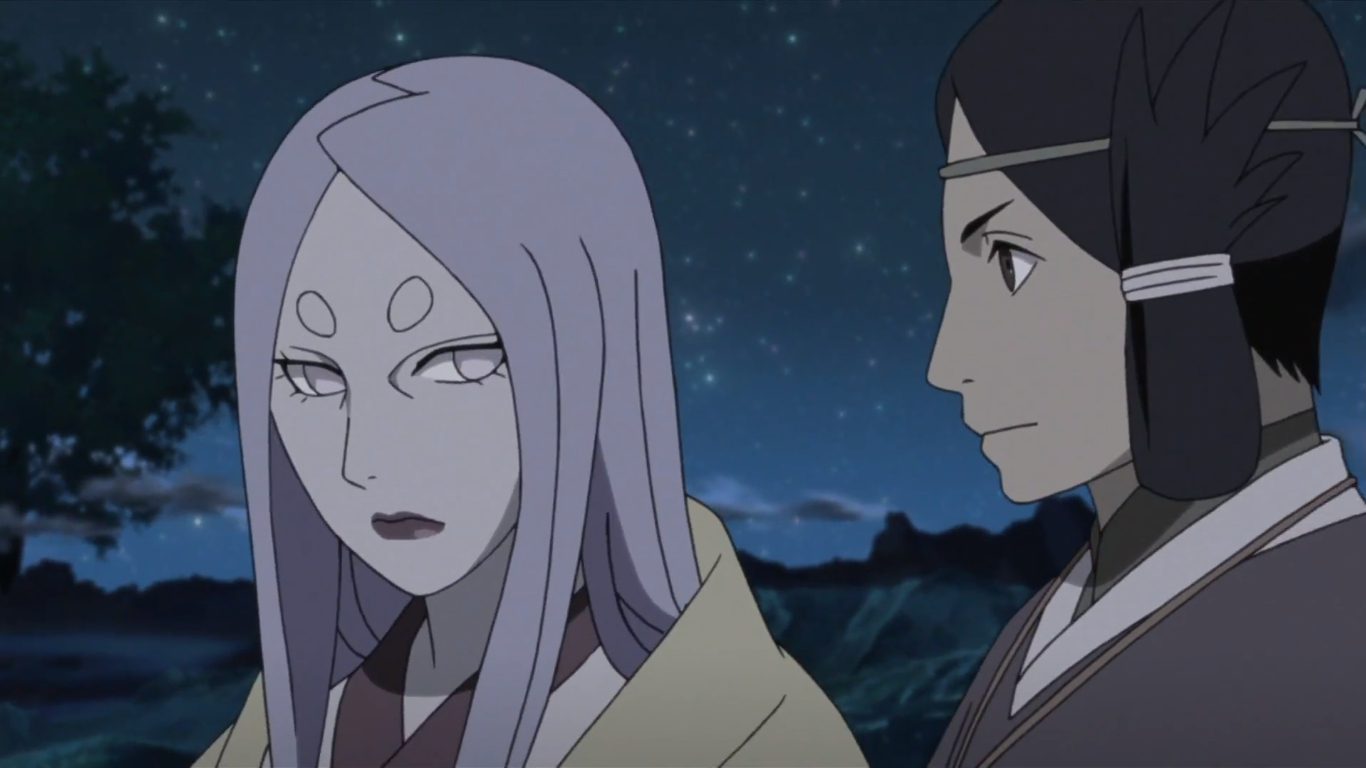 Tenji declares that any Sou citizen who hurts a Ka soldier will be executed to avoid a war his country cannot win. As tension builds between the Land of Sou and the Land of Ka, a country with superior military strength, Tenji urges the country not to invade. Kaguya makes Suzaku’s men look like mush with her ill-defined powers, but this doesn’t stop the top Ka commander, Suzaku, from invading Tenji’s palace under the cover of night to kidnap her. It’s almost comical how cartoonishly evil the Land of Ka’s military brass is. For example, Suzaku’s insatiable desire for Kaguya is over the top to the point that any threat he might have otherwise been able to convey is buried beneath his paternalistic nature.

This guy was ready to become her consort even before he saw her. Fortunately, Tenji is an ineffectual idiot willing to do anything to pacify an enemy. While I understand he is trying to be pragmatic, he instead imposes an unfair one-strike policy on his citizens than even trying to formulate a plan to combat the Land of Ka. Tenji’s men mount a desperate chase after Genbu, and the head of Kaguya’s military learns that Kaguya dispatched more soldiers. Despite the fact she’s carrying his children (which he might not know), Genbu demands that Tenji execute her. Aino, Kaguya’s beloved attendant, is killed while attempting to reveal Kaguya’s pregnancy to the pursuers. Kaguya arrives at the Divine Tree, bites the Chakra Fruit, and begins the lesser version of the Infinite Tsukuyomi after being devastated by Tenji’s betrayal. 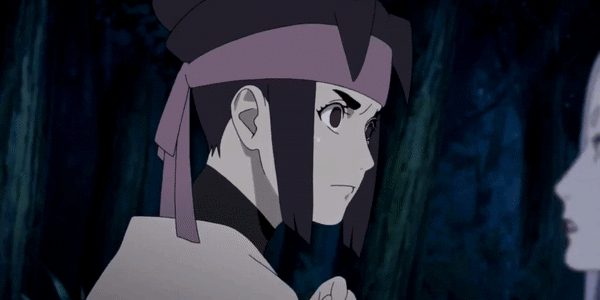 After the technique sucks in everyone in the vicinity, Kaguya vows never to trust humans again. Of course, it would be harder on her if I thought Tenji was something I should feel angry about. Episode 460 is average at best. Taking a look at Kaguya’s past isn’t entirely out of place at this time, but it would have been helpful if it was given one more episode to explore. At the very least, it would have offered more insight into the one-off supporting characters and their reasons for appearing.

Where to Watch Naruto?

Fans can watch Naruto and Naruto Shippuden on Netflix, which makes it one of the most popular streaming services of all time. Also, you can watch it on Hulu, Crunchyroll, Funimation, and Amazon Prime.

Also Read: Will There Be Black Clover Episode 171?