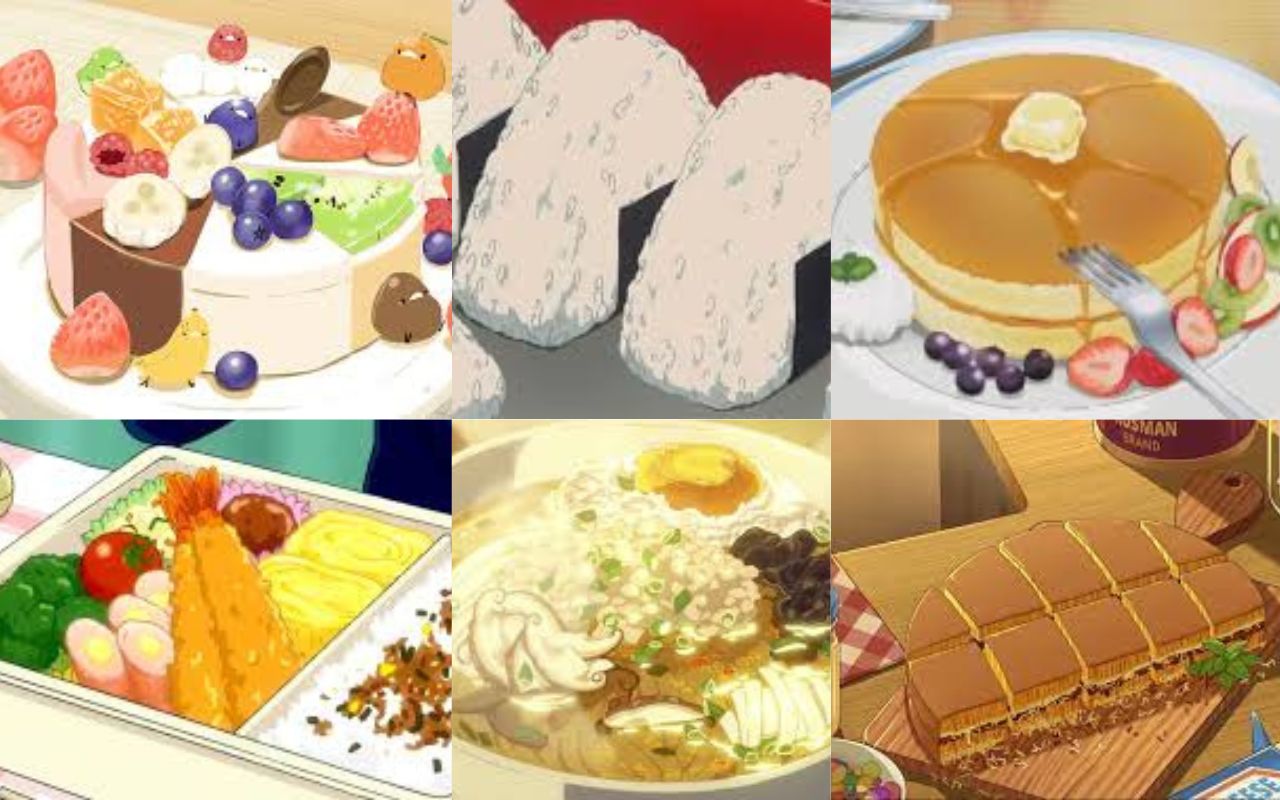 The knowledge that there are food animes was a bit of a shock. A common misunderstanding is that how can be an anime related to food can be interesting. But believe me, they are far better than you think. Everybody knows the most popular anime like Naruto and Haikyuu!, but today we are going to unleash something new.

Are you one of the people who got a watery mouth whenever you smell something nice? Or one of them who can’t stay still with their stomach empty? If yes, then these anime are going to be a little hard for your to see! Food anime is not known till now but is an emerging anime category. Fandom of these is increasing like wildfire. Don’t miss the train of anime going to this delicious place which is never seen before.

Come! Join us on the journey of exploring Delicious dishes, new flavors, and the story behind them. Today, roaming through every corner of this deep web, we brought you the very best food anime to watch. Without wasting another second, let’s look straight into it.

Never experiment with ancient food, you might end up in the past! Or that is what happens with a young chef Ye Jiayao. Ye Jiayao was a young and talented chef known for her interest in ancient delights. One day when experimenting with her food goes wrong, she finds herself in the past. On top of that, immediately kidnapped by some people. She found out that she was in the body of Ye Jinxuan, daughter of a magistrate. 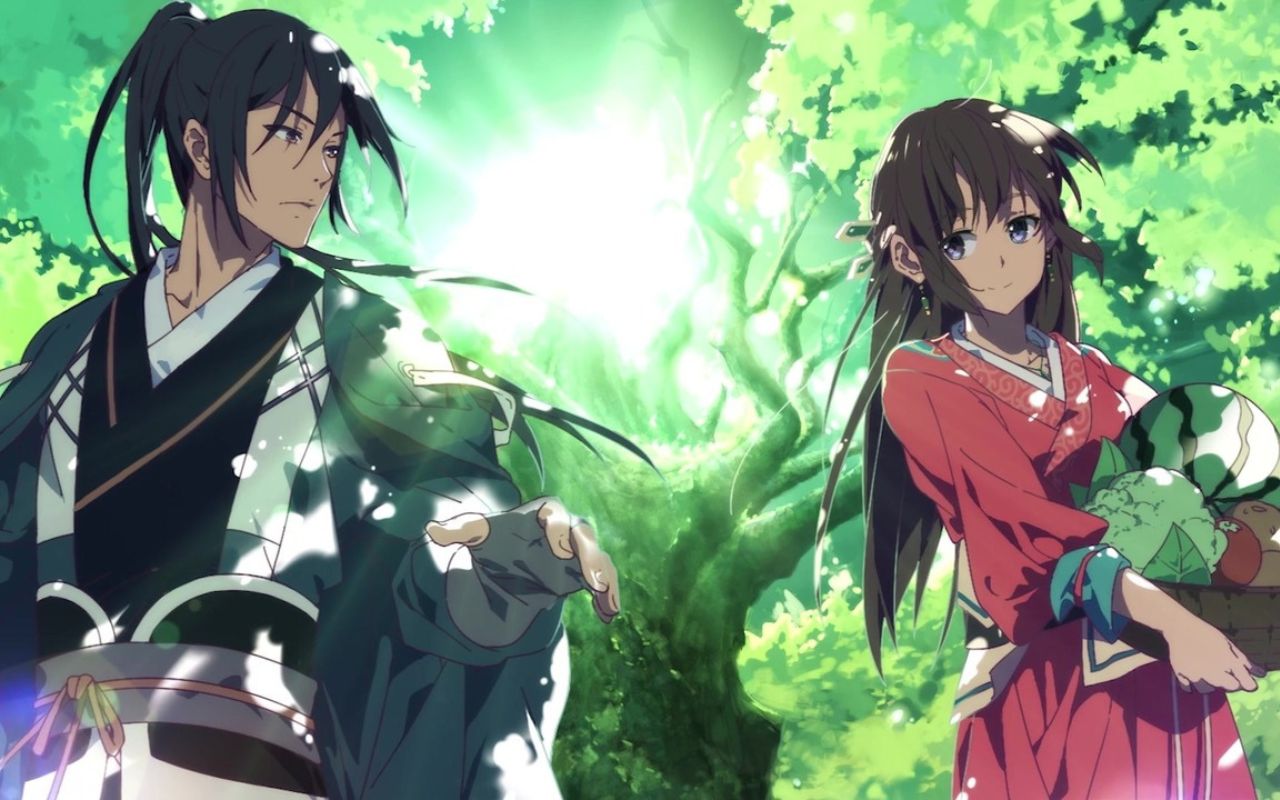 Yes, it is a food anime. As Ye makes her way to safety, she must win the hearts of people around her by making ancient delights. The food she made and the following animation justify the name Adorable Food Goddess.

Food Wars!: Shokugeki no Soma is considered one of the best food anime there is. The story revolves around a cooking competition called shokugeki. Soma Yukihira wants to be a chef as good as his father, subsequently taking admission to Totsuki Culinary Academy. The School engages its students in a Food war named shokugeki. Winning the competition is a straight ticket to a week-long internship in a local restaurant. Of course, no one wants to miss this opportunity. 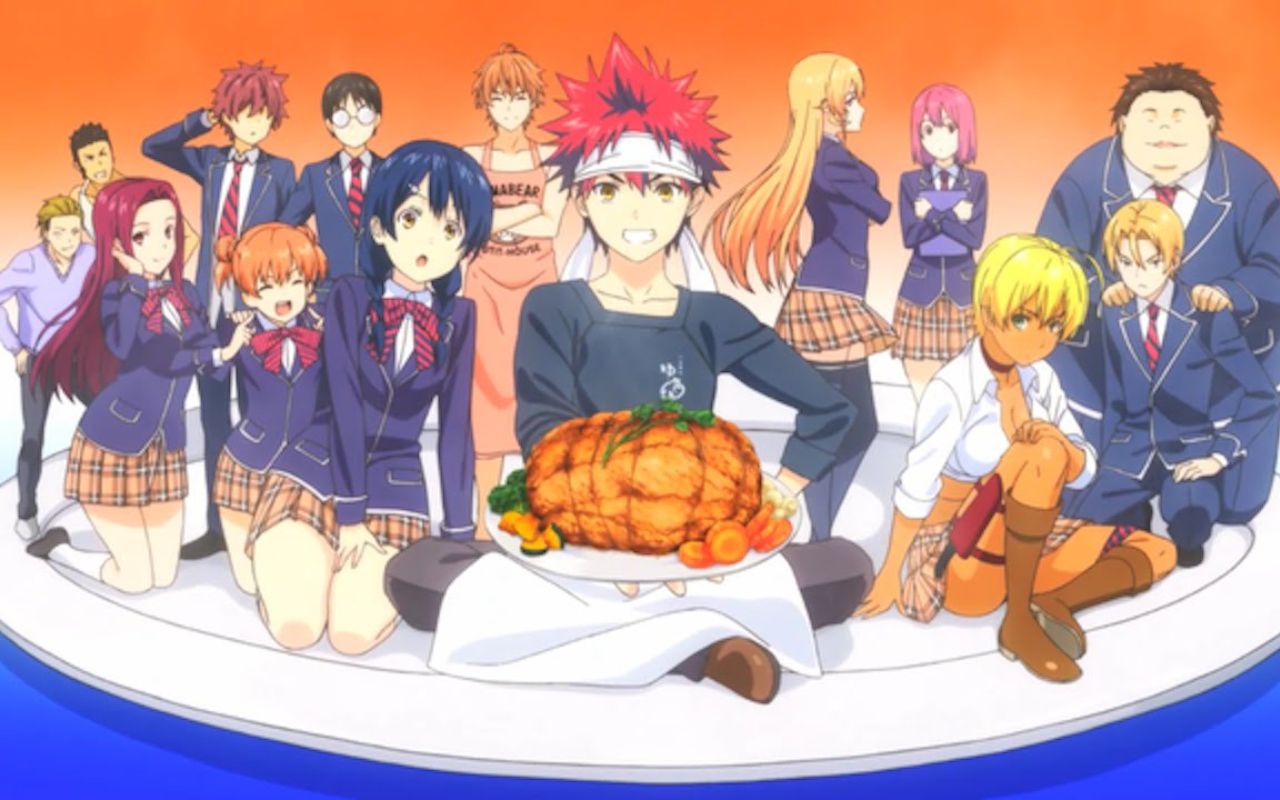 Every competition brings us new dishes and recipes. It’s interesting to see these students learning with every step, and their dishes are delicious to watch.

Another fascinating food anime is Mister Ajikko. Akiyoshi Youichi is a young chef working in his restaurant with his mother. One day, their restaurant was visited by  Murata Genjirou. He was the head of The Emperor of Taste or the leader of all the chefs. After eating katsu-don prepared by Akiyoshi, he was impressed by the cooking skills of our young prodigy. To see the full extent of Akiyoshi’s skills, he invited him to Ajiou, a place where world-class chefs practice. 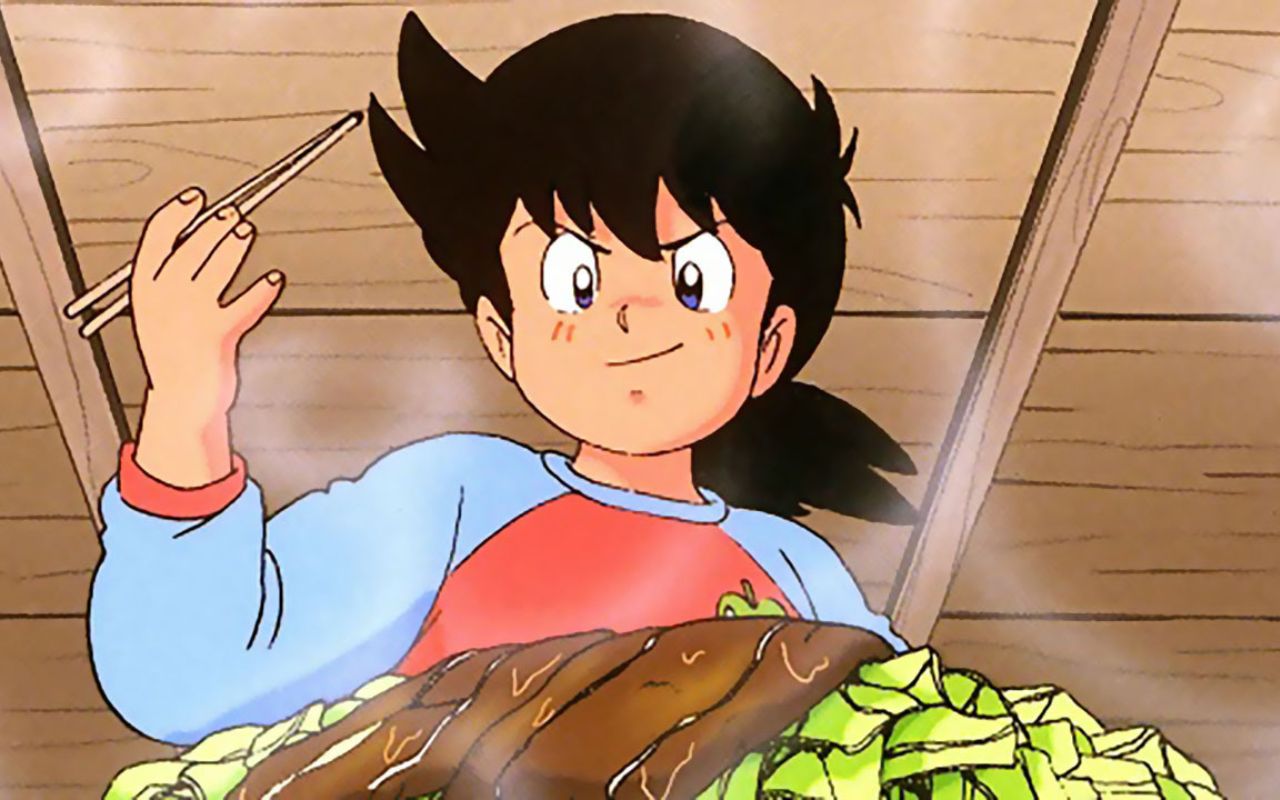 It will fill your heart with joy to see our young master competing against well-recognized chefs and defeating them!

Lovers of Crispy slices of bread, this one is especially for you. Welcome to the world of Breadomania! Jealous of the fact that many countries have their bread known worldwide, Kazuma Azuma committed to making one for his own country. He was gifted with the soft hand skills to ferment the bread dough faster and was interested in making bread from a young age. 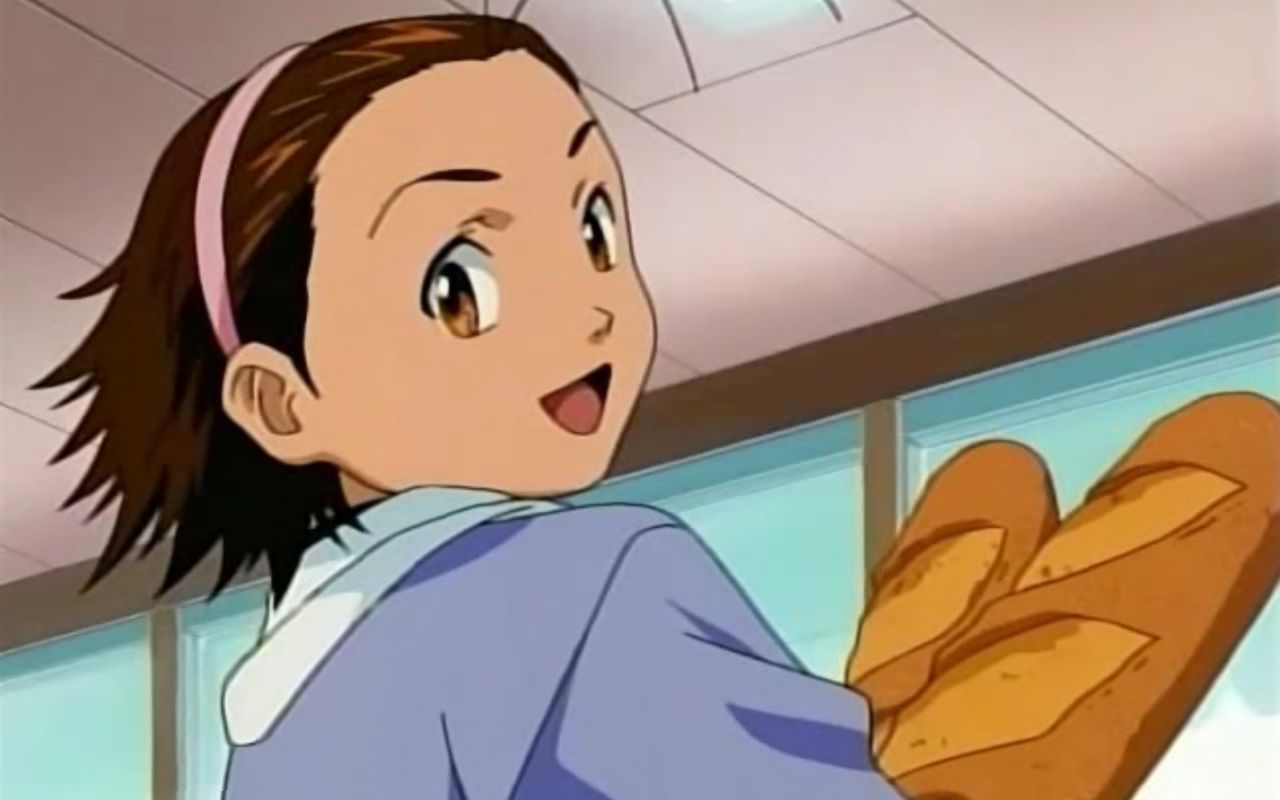 Kazuma Azuma opened his bread bakery and competed in many complications to get his bread a rightful name. This anime is interesting to see the journey of the protagonist to earn a name and find various friends along the way.

Nicoletta was abandoned by her mother at a very young age and was raised by her grandparents. Her mother Olga fled to Rome and remarried someone else. Nicoletta also has empty space in the place of a mother in her life. 15 years after, she decided to track down her mother and ruin her life as she did hers. It comes to her knowledge that her mother was owing a restaurant named Casetta dell Orso. What she found out in the restaurant were some well-mannered gentlemen as staff and a peaceful place. She can do nothing but slowly forget her old grudges and fall in love with Italian food and Lifestyle 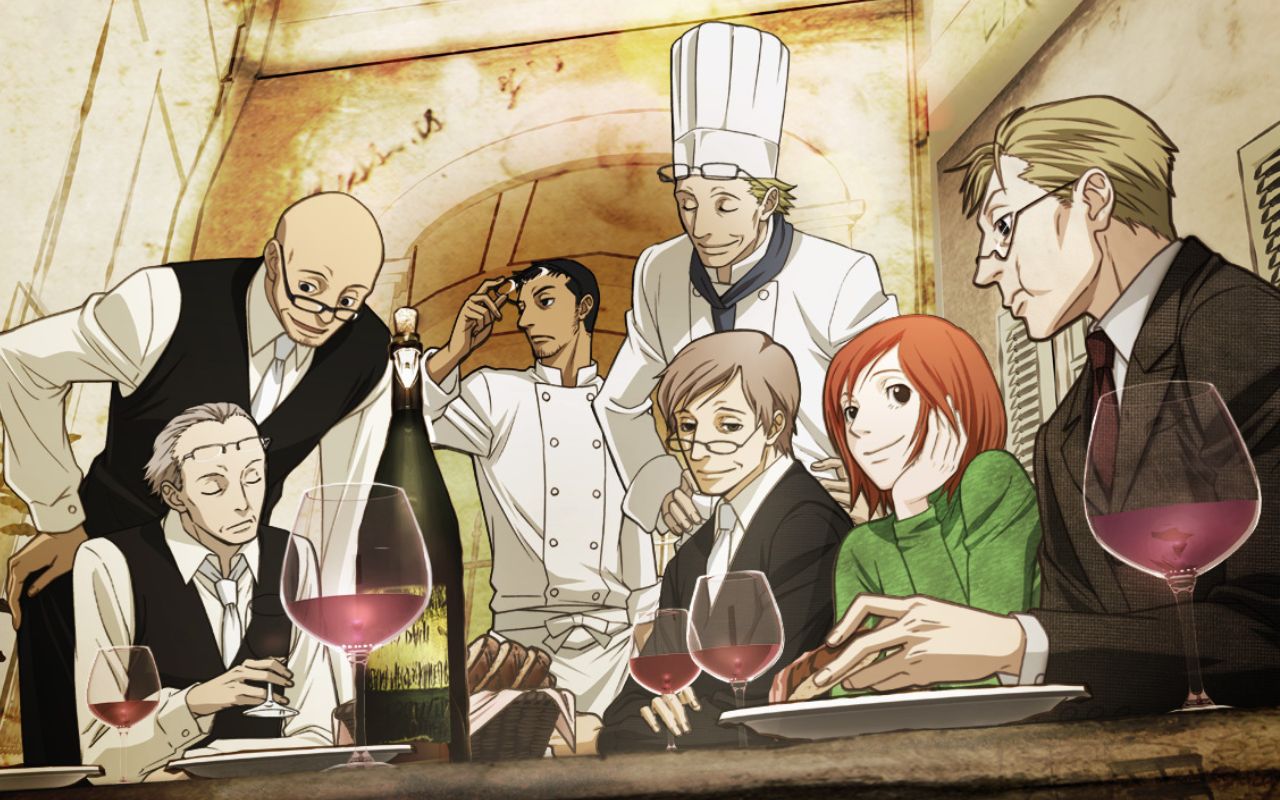 She was a graduate of cooking school and started working as an apprentice at Casetta Dell Orso. It’s quite a wholesome love story of a 21-year-old girl with lots of cooking in it.

Kouhei Inuzuka is a very good father, taking care of her daughter to the best of his abilities after the death of his wife. But he is very frustrated with his inability to cook a fresh meal for her daughter. They both were having meals from conventional stores after her wife’s death. One faithful day, Kouhei was invited along with his daughter to have a meal by his apprentice Kotori Iida. Kotori owns a family restaurant managed by her and her mother. That night Kouhei finds out that Kotori has meals alone due to her mother’s job and was asked to join her.

Every day they cook together and learn from Kotori how to cook a delicious variety of foods. It’s heartwarming to see them living like a family and Tsumugi (Kouhei’s daughter) getting a figure of an older sister. 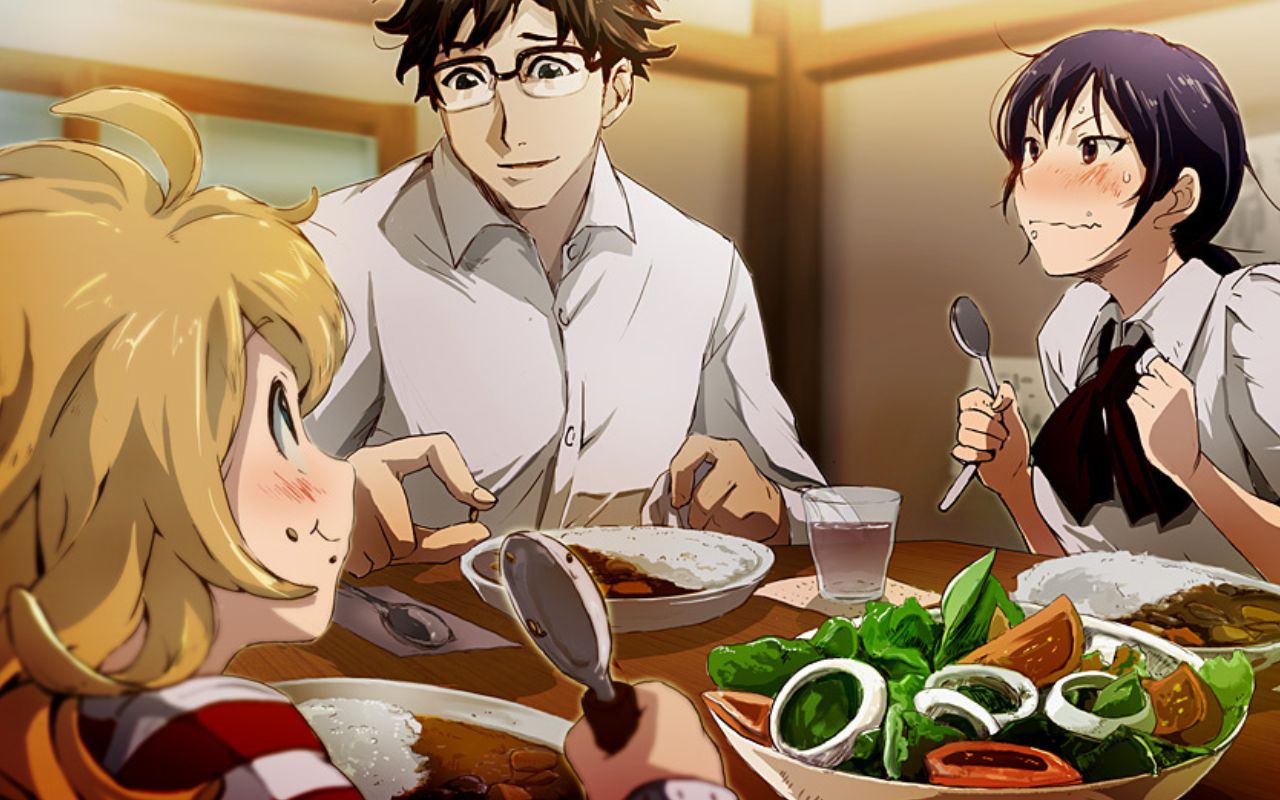 Here comes something new! Fighting Foodons was released as an anime in December 2001, but that’s not what I am talking about. It’s a concept that is new.

Once upon a time, there was a king named  Gorgeous Gorge asked a stupid question, Which would be stronger: tofu surprise or stuffed duck? But it’s a life and death question for the chefs. One chef among them knows the answer to this question and presents magical cards as the solution. These magical cards can convert food items into monsters known as Foodons. Since that day, foodons fight against each other to find the strongest food! 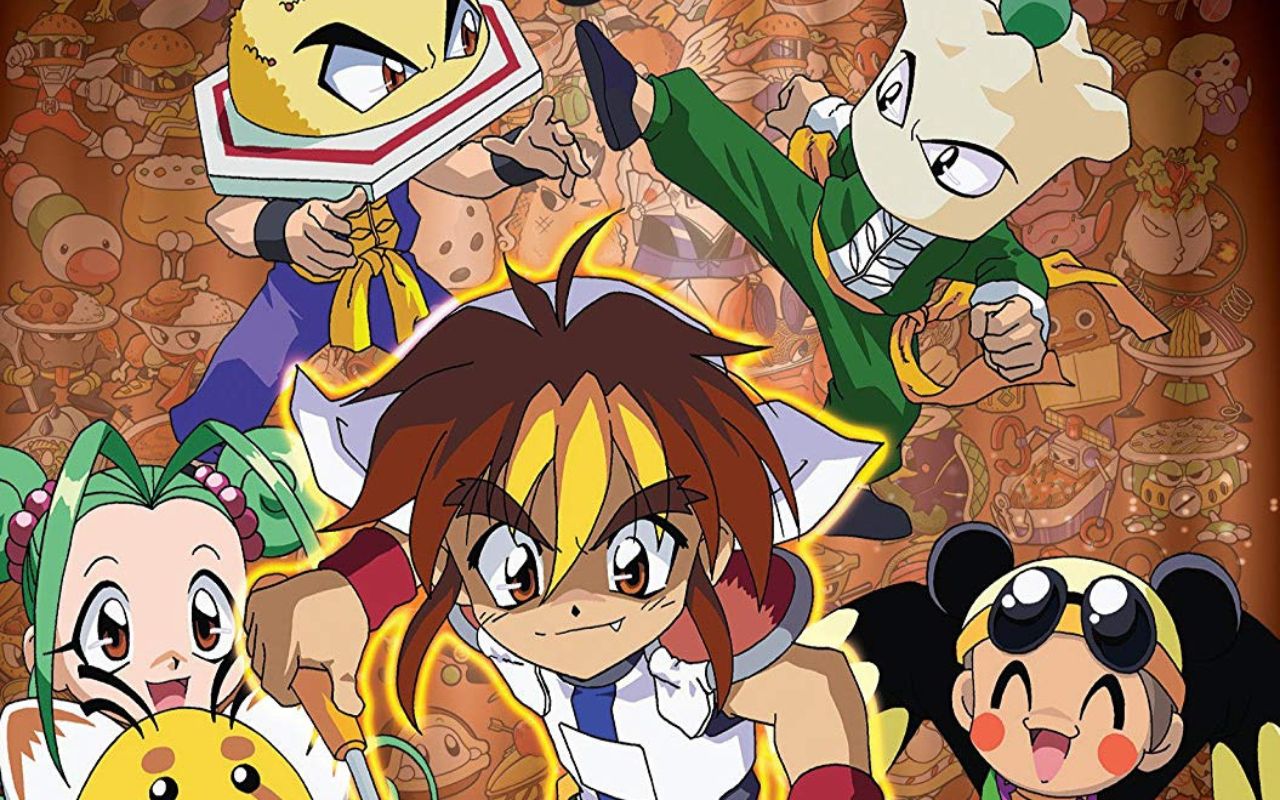 Chase, the protagonist of the story, is a young chef aiming to become a Master chef like his father. Chase became one of the main pawns of the king’s great plan to concur the world with foodons made by the best chefs in the world. See how Chase overthrows the king with his talented cooking skills.

Last on our list comes the old epic Oishinbo. It’s just a simple yet interesting story of a food critic (Yamaoka’s) given a task by a newspaper owner to prepare a universal menu. He had a great time exploring new dishes across the world. Along the journey, he met many companions and a foodie named Yuzan Kaibara, who wanted to crush Yamaoka’s project. 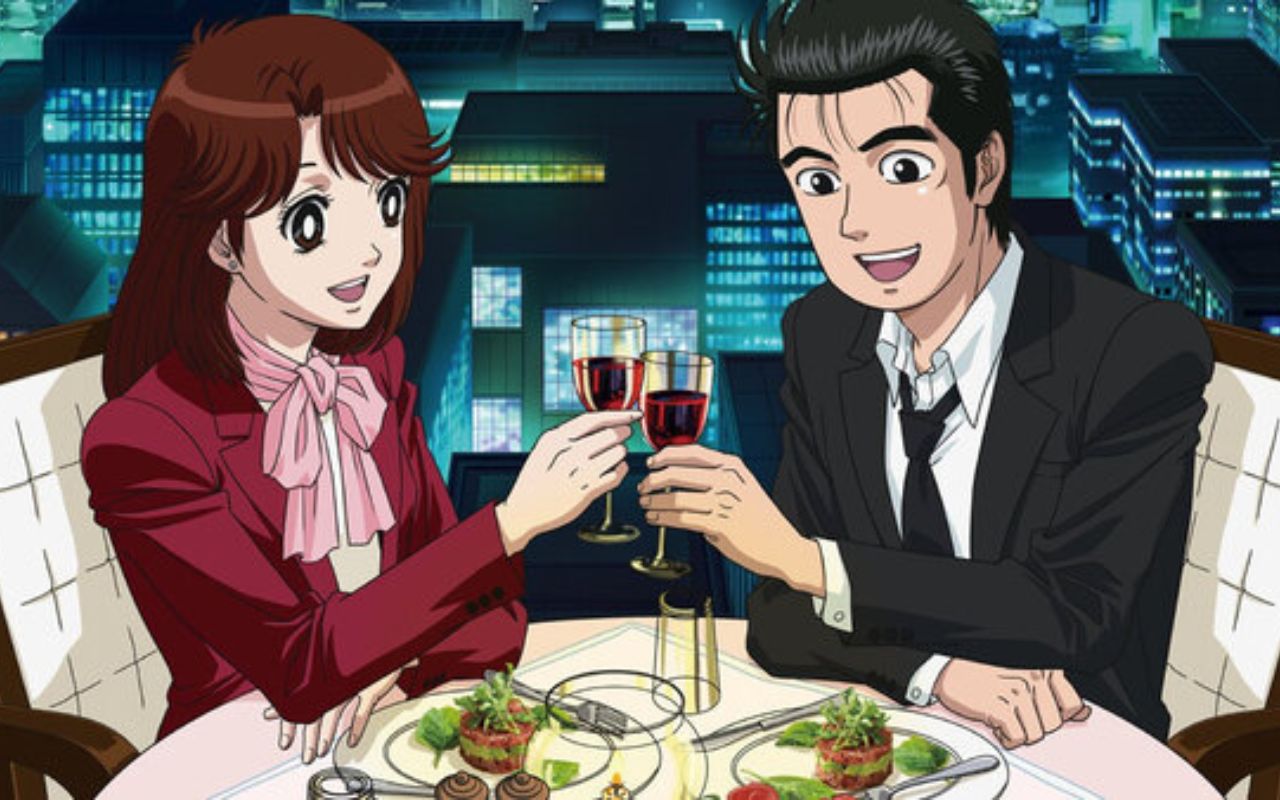 It’s a lighthearted story and very fun to watch. You will surely enjoy this anime if you watch it with friends or even with your family. Food is one of the most crucial things in our lives but, unfortunately, peoples nowadays take it for granted.

The pleasure of chewing is lost forever in the hassle of living. These anime will bring you closer to the delights of food and make your mouth watery again. So with that, we conclude our list of the best 8 Food anime to watch. If you have watched all the anime, your taste in anime is quite good. With that, we end the topic and wait for the next one to come. Until then, read this magnificent article given below.

ALSO READ: 10 Most Popular Mermaid Anime Series Of All Time