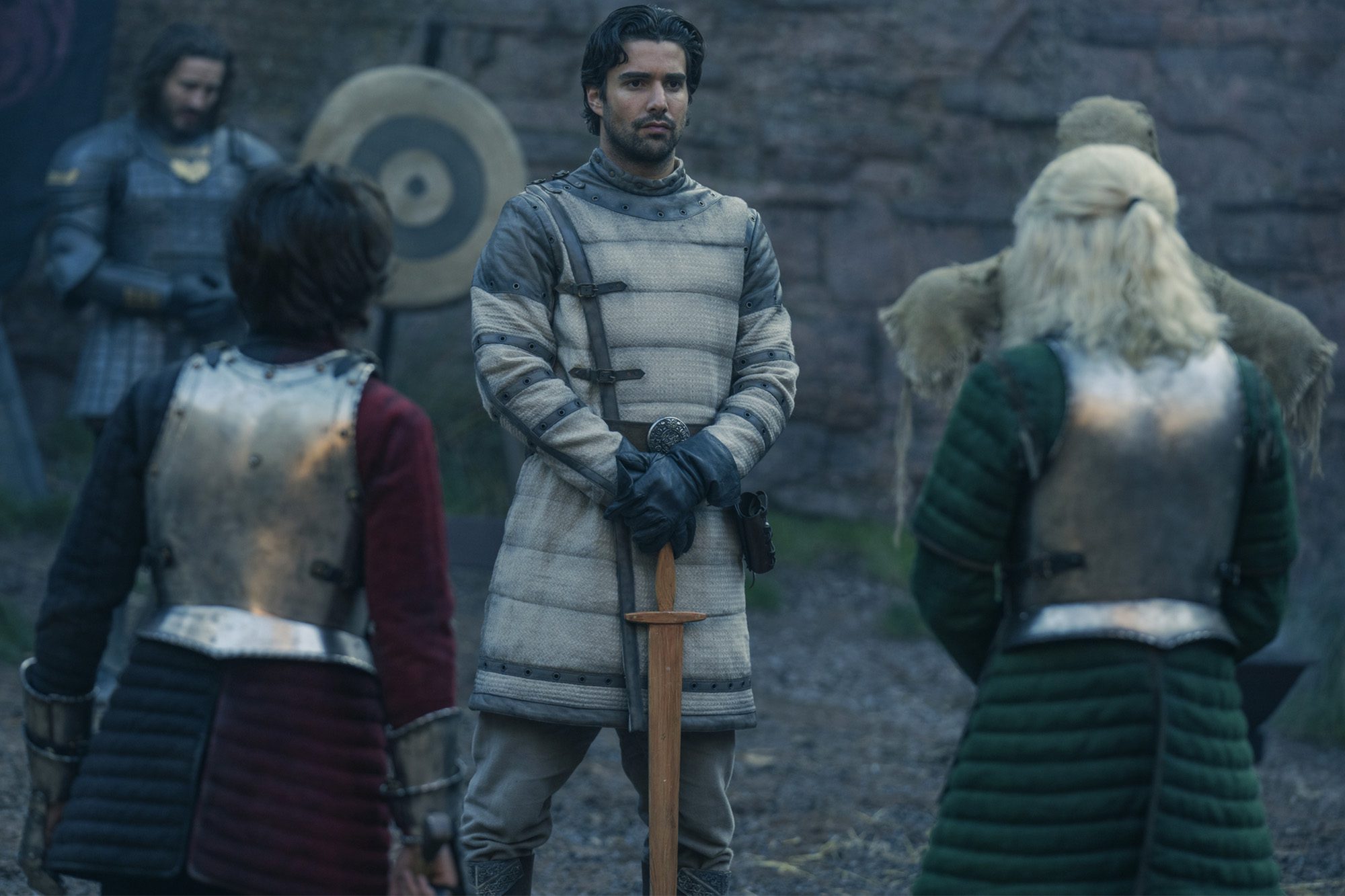 House of the Dragon Episode 7 Spoilers are in order and here we will break them down for you. Also, if you have not watched the 6th episode yet, I suggest you do the same and then read the spoilers. Now, back in the show, we have seen three deaths in episode 6 of Lady Laena, Ser Lyonel Strong, and Ser Harwin Strong. Orchestrated by Ser Larys, he killed them by fire at their family seat in Harrenhal.

Coming back to the next episode, we will witness that the House Targaryen and House Velaryon are paying their tributes to the death of Lady Laena. She killed herself during childbirth by commanding her dragon to set her on fire. Her tomb will be thrown into the seas, right where she belongs as a Velaryon. The trailer is given a voiceover by Ser Corlys who talks about how every man in power in the 7 Kingdoms is playing an ugly game.

Later, a voiceover claims to Rhaenyra that in order to become a powerful queen she must make her subjects fear her. Then we witness Rhaenyra talking about a fire where we see clips of her dragon breathing the element. She says that everything that the House Targaryen has right now is owed to fire and dragons. Later, one of Laena’s girls claims that someone has stolen Vhaegar, the dragon that her mother used to ride. Then we will see Queen Allicent in tears talking about a debt that needs to be paid as soon as possible. 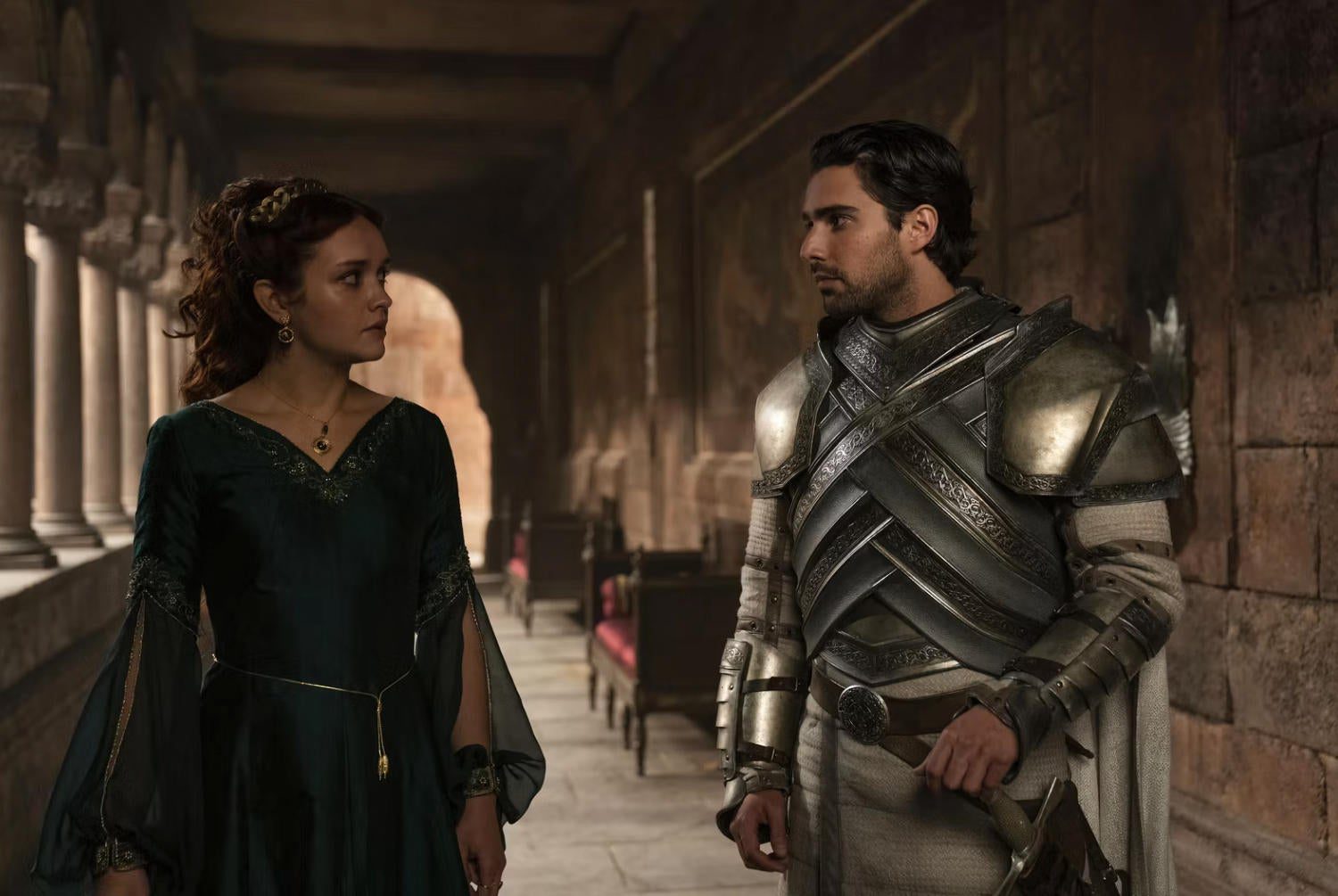 House of the Dragon Episode 6 Recap

Following this, we see a series of clips with action scenes that happen at the Red Keep. As our interest is skyrocketing through the roof, Ser Otto Hightower has emerged and might have come back to King’s Landing. Allicent is seen taking a big knife out of a knight’s pocket and charging someone with the same. In the clips, Ser Otto claims to her that in the end, it will be her and him that will prevail.

Also, Ser Otto will find allegiance in Ser Larys who is apparently still in King’s Landing for some reason. By the end of the clip, we see Rhaenyra saying to someone while holding their knife that people will now see them as they are. It could possibly be Allicent because we just saw her taking a knife and using it. This might mean that she is committing acts of treason against the Crown and the heir to the Iron Throne which will have grave results later for her and her house.

House of the Dragon Episode 7 Spoilers

In order to replace the Hand, the King might appoint Ser Otto again on the advice of the Queen. This is a dangerous situation for Rhaenyra because together, as Hand and the Queen, they might infest the King’s ears with rumors and claims of the illegitimacy of Rhaenyra’s children and plot to put Aegon on the throne instead of her. We saw that Rhaenyra has now gone to Dragon Stone to live her life at their family seat away from all the politics and hate from Allicent.

There will be definite bloodshed in the next episode as Rhaenyra is reunited with Prince Daemon. You guys should that in the books, it is written that Rhaenyra and Daemon marry after the Dance of the Dragon, a great historic Targaryen civil war is over and both Ser Laenor and Rhaenyra’s kids, as well as Aegon, are dead. Initially, the realm would look upon this as treason but there definitely is some chemistry between the two. They will have sons and daughters who will live on to continue the Targaryen bloodline on the throne.

Also read: House of the Dragon: Streaming Schedule and Recap