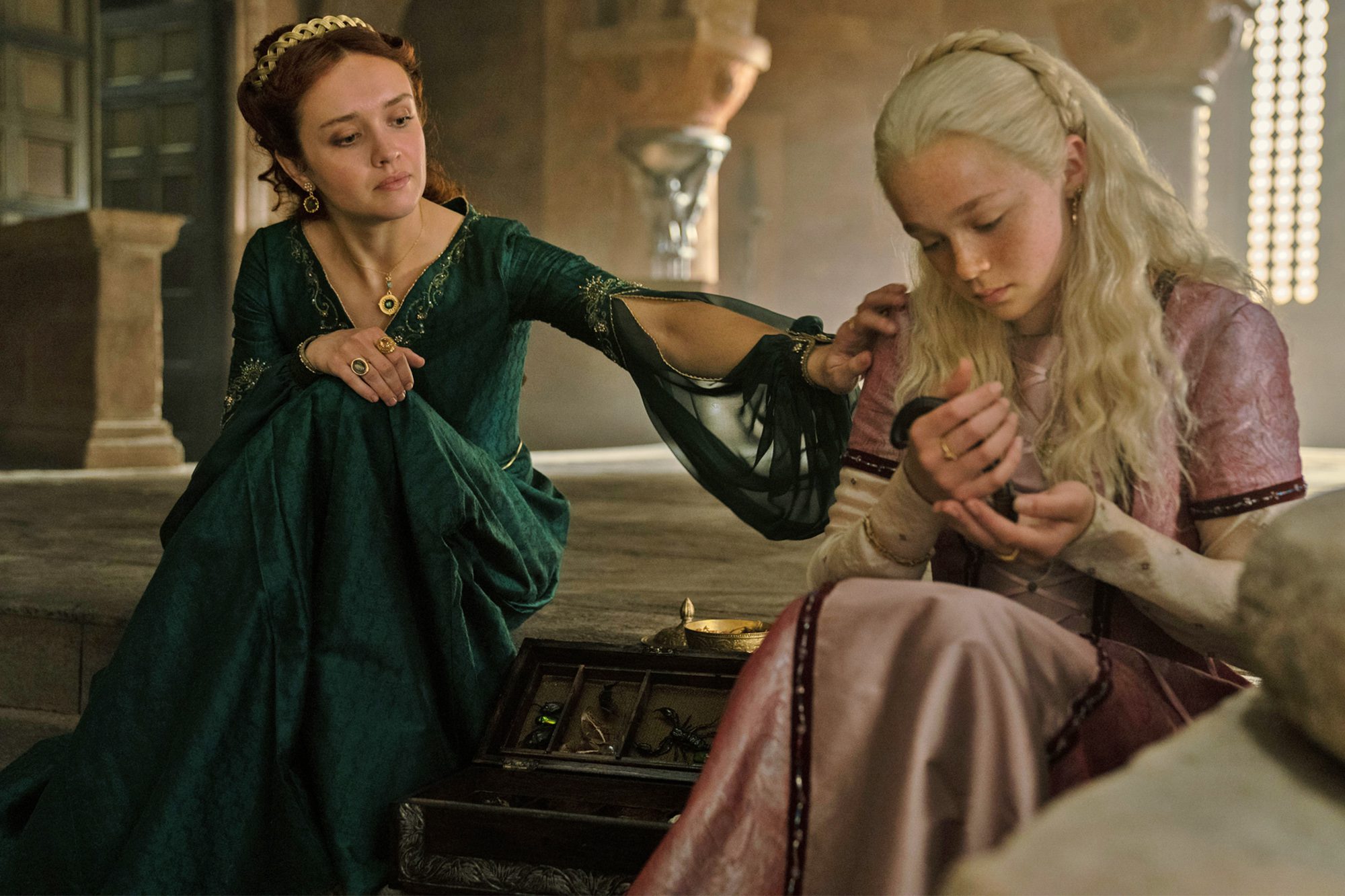 House of the Dragon Episode 7 release date is quite soon, and fans are already excited about the same. In this week’s episode, we saw a huge time shift as Princess Rhaenyra, and Queen Allicent have all grown up. The entry starts with Rhaenyra giving birth to her third child, who is a boy. Although, the Queen wishes to see the hoy immediately after his birthday.

Thus, Rhaenyra gathers up her strength and walks over to her chambers to meet with Allicent. Ser Laenor joins the same. The entire episode revolves around Allicent trying to prove that the three children that Rhaenyra has are bastards and not her legitimate child born out of marriage with Ser Laenor. The other plot which we see is happening over at Dorne with Prince Daemon and his second wife, Lady Laena. She is currently pregnant with their child as a merchant from Pentos makes an offer to them. He offers to give the Targaryens a huge house and provide them with gold.

Although, in times of need, the family must use their dragons and protect them from any harm that may come. Laena is against the same because she wants to go back to Westeros at Driftmark at her family’s seat and spend her life with her children like she once did.

Although, Daemon is against the same because he wants to be away from his family politics as much as possible. Later, we see that Ser Harwin and Ser Criston are training the boys in sword art. Although, Ser Criston has changed his allegiance completely to the Queen and become her sworn shield. He, too, wants to provoke Ser Harwin into accepting that Rhaenyra’s children are his own. 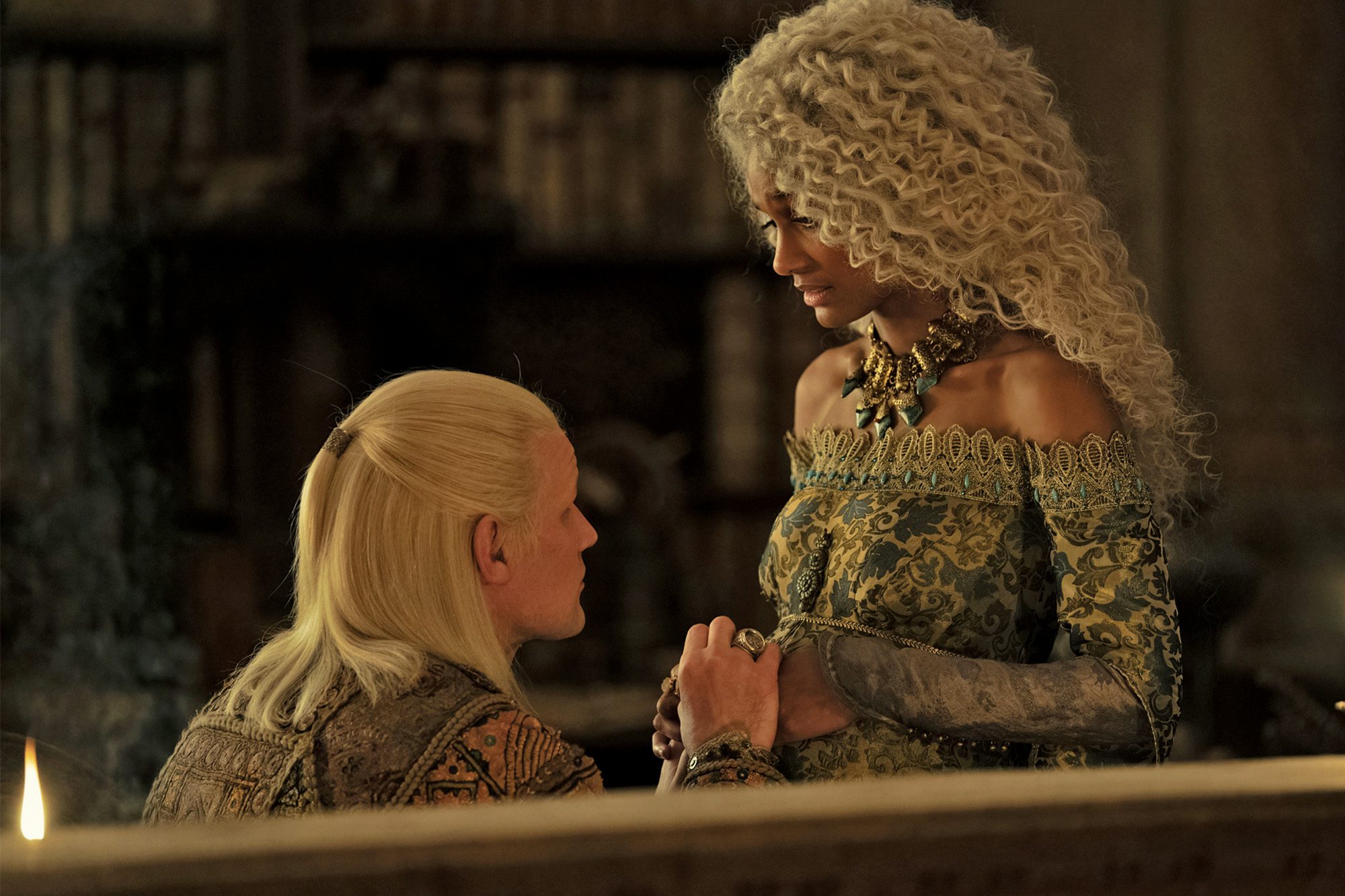 House of the Dragon Episode 7 Preview

Coming back, we see that Ser Harwin beats up Ser Criston and is thus expelled as the Lord Commander of the City Watch. His father, Lyonel Strong, who is the hand of the king, tries to resign, but the King does not allow it. Instead, he accepts the offer to relocate Ser Harwin back to their family seat at Harrenhal as he must assume his duties. Later, we see the Queen having dinner with Ser Larys Strong. She tells him how much she wants someone to hear her and act upon her wishes.

Allicent also misses her father, who should be the Hand instead. By the end of the episode, we see that Ser Harwin is killed along with his father Ser Lyonel in Harrenhal by a fire that was orchestrated by Ser Larys. When Larys reveals his plot to the Queen, she is stunned because she never wants to kill anyone, but Larys takes her in the wrong way.

Also, Laena gives her life as a dragon rider while she is having complications in childbirth. The baby refuses to come out of her belly, and the only option left to the masters is to cut her open. This is why she goes away to her dragon Vhaegar and asks it to burn her as she claims, “Dracarys”.

House of the Dragon Episode 7 release date is on the 2nd of October 2022. The episode is titled Driftmark. It is supposed to drop out on HBO and HBO Max at 9 PM Eastern Time. New episodes are slated to release every week on Sundays, and fans can keep track of the same through Otakukart.

How to Watch House of the Dragon Episode 7

House of the Dragon Episode 7 can be watched when it airs on HBO and HBO Max at the date and time that we have mentioned above. in order to do so, fans will need an official subscription to the platform. The basic one, which also contains ads, is available for 9.99 dollars.

You can always upgrade the same to the 14.99-dollar version in order to watch the content without any ads. As for people living in India where HBO Max is not available, you can watch the series through Disney Plus Hotstar. It will be available for a very low cost of just 49 rupees a month. It can also be upgraded at a discounted price of 499 rupees a year.