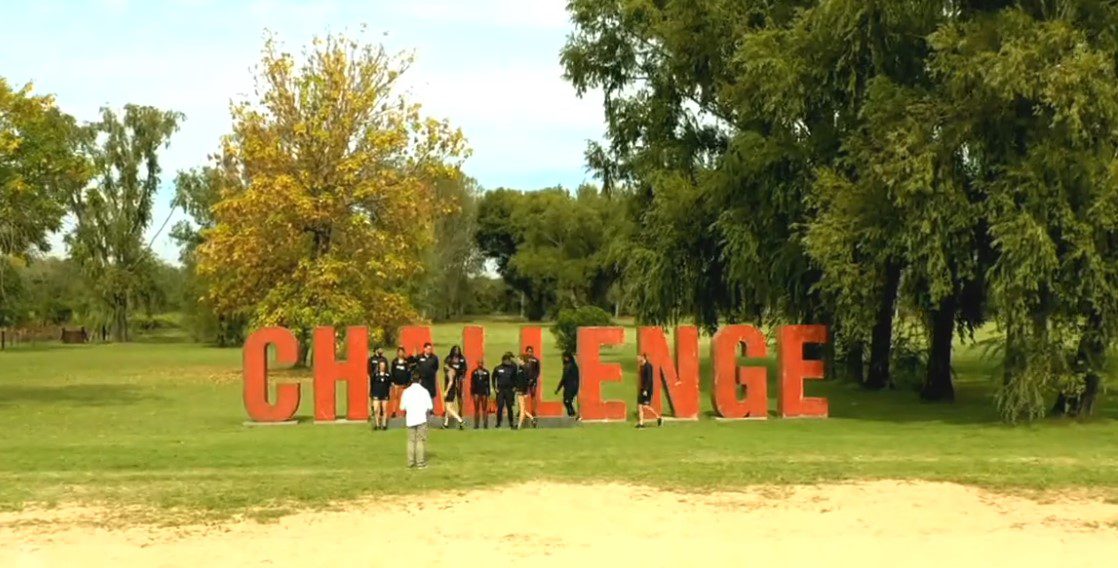 In The Challenge USA: Episode 9, things will get pretty intense as Leo’s elimination puts three guys and the rest of the women in fierce competition against each other. Since TJ decided to drop the algorithm and play everybody against each other, the alliances are beginning to come and go. Enzo did quite a surprise in the Hall Brawl, and now Angela and Ben are at the top of the game. What will go down in this reality show? The intensity is just getting hotter.

The Challenge: USA has it all you can ask from a reality show. As it puts in the veterans from all sorts of previous reality shows in tough competitions for a bag of cash and has them plot alliances and connive against each other. The dramas that ensue are amazing. And this season is no exception. Let’s check out what went down in the last episode in detail with our recap to stay in the loop.

Some of the contestants from The Challenge

In this episode, they are getting rid of the algorithm and doing individual competitions, so some players feel threatened. Some tough contestants might use that in their favor to force their competition into elimination. Things kick off with the players working out. Ben and Danny plot to stay off each other’s backs on the couch. However, Tyson and Sarah are major competitors. Sarah is talking Justine into an alliance and seems committed to winning “The Challenge.” Ben, he’s sleepless because he’s hurting over a friend he lost in the US Marine Corps.

The first individual challenge is a water challenge where the contestants must race atop a slippery slope in search of a key inside a safe. It’s fun, it’s wet, and the contestants are having fun sabotaging each other. First up is Sarah and Cayla soaking the slope, and Enzo and Ben have an easy time getting the safe keys. Ben wins the challenge. Next up are Sarah and Cayla, but Cayla falls off and must try harder. Then, Domenick and Tyson have an easy one completing this challenge. Enzo falls in last place, while Sarah and Angela win the challenge. for the women and Ben wins the challenge for the men. They must now decide who goes into the arena against Enzo.

Angela and Ben have a talk with a stitched-up Enzo with his leg, they plot as to who’s to stay in charge. But Ben has his own agenda. While Angela wants an alliance with the Big Brother Girls and the Survivor Guys, Ben wants to adapt and have a team that will eventually crumble. Meanwhile, Ben and Domenick have a chat to see what everyone thinks while Angela and Alyssa do the same. David thinks he’s blindsided and he’s sulking in a corner.

The contestants go to Bahrein Buenos Aires nightclub for a few drinks. Ben makes a toast, and the challengers mingle. Leo chats up Alyssa. Meanwhile, Enzo talks to Sarah and comments on how worried he is about elimination. After the party, the team goes to bed and gets ready for the next day. It’s time for the next challenge.

It’s Arena Time and it’s individual elimination time. Enzo is up. Angela and Ben must pick a man to show against Enzo. It’s Leo who must go into the arena. In Hall Brawl, there’s a giant hallway, each contestant goes into the hall and must run past each other to the end of the hall and ring a bell. Whoever does it first, wins, the other goes home. Leo’s all hyped up. Enzo, not so much. When it’s all done, it is Leo that goes home because Enzo was brutal.

The Challenge: USA Episode 9 will release on August 31, 2022 at 21:00 hrs on CBS. You may stream the episode shortly from Paramount+. The episode’s title is “Nevertheless She Persisted.” And it will see the fallout from Leo’s elimination as Ben and Angela dominate the scenario. And you? What do you think will happen next? Is TJ going to reactivate the algorithm or is it going to continue with individual competitions? Let us know in the comments. That’s all the time we have now for this topic. Thanks for reading our piece. Be sure to follow our page in Facebook and keep coming back to Otakukart for more daily updates on all your favorite reality shows. Until next time!