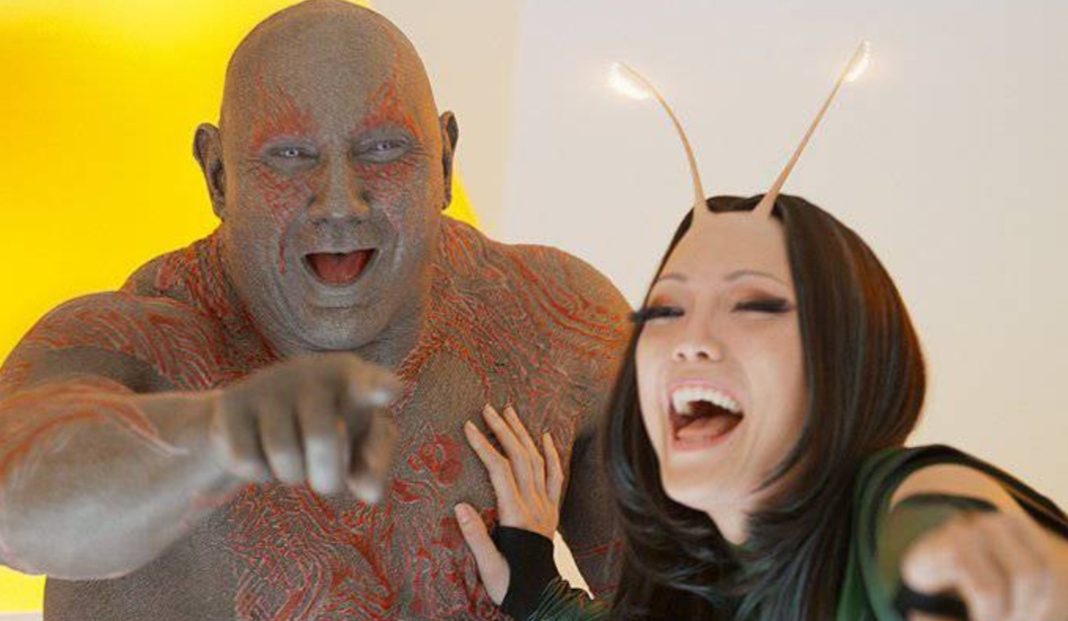 Want to know if Drax and Mantis are dating in GOTG? Yes, we are talking about Guardians Of The Galaxy star, Drantis. Well, the characters have been portrayed by Dave Bautista and Pom Klementieff. Witnessing their adventure, fans have been wondering if there is anything romantic between the two.

Starting with the basics, Drax, the destroyer, made his debut in The Invincible Iron Man. It was created by the duo of Mike Friedrich and Jim Starlin. Talking more about Drax, he has superhuman strength, is a skilled swordsman, and has less cosmic awareness.

On the other hand, Mantis made her debut in The Avengers. The character was created by Steve Englehart and Don Heck. Just like most of the Marvel characters, Mantis owns some superhuman abilities such as energy and astral projection, excels in martial art, and also has a regenerative healing factor.

What’s Drantis? In case you are not aware, it’s the canon friendship between Drax and Mantis. Witnessing that, many Marvel fans wonder if they are romantically related. If you are looking for whether Drax and Mantis are dating in GOTG, here is what we know.

Drax And Mantis In GOTG: Are They Dating?

Will Drax and Mantis ever get romantically related? We are unsure of that. But there is a possibility, yes! Mantis has shared her secrets only with Drax. Based on this, we can’t assume they date each other, as it’s also a great sign of friendship.

Fans can already witness the connection between Drax and Mantis in GOTG. But it’s a very pure and innocent one. Both are very much compatible, which makes Marvel fans wonder about their relationship. Also, Drax and Mantis get along very well. The common part is both are confused about interacting with others. We call it social awkwardness. But that’s how it is. 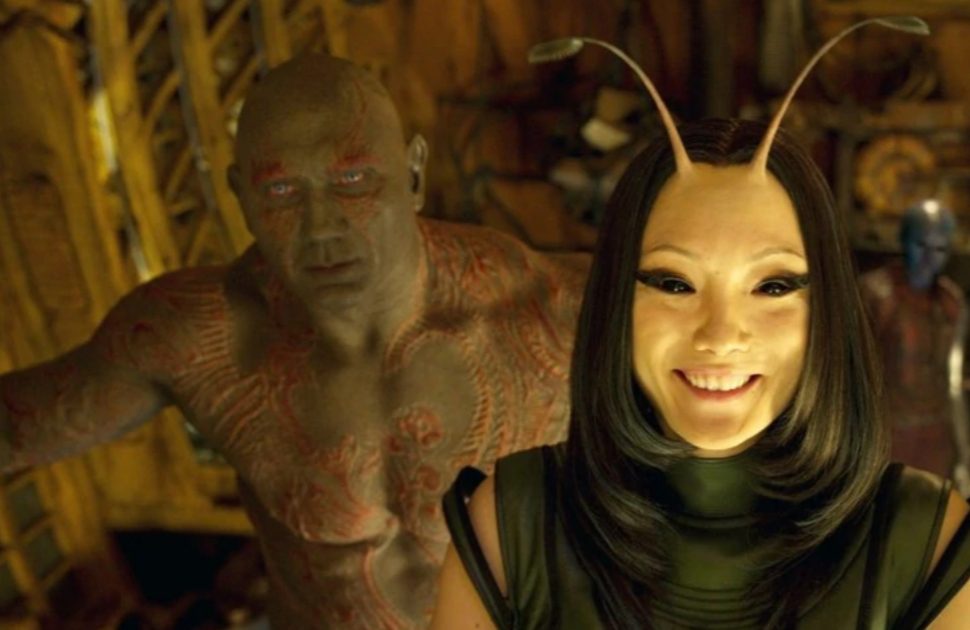 We have seen Drax doing his best to save Mantis while he tries to get her to the Ravager ship. In GOTG, we have seen how Drax stated her to be physically unattractive. But who goes for the looks? A person needs to be beautiful from the inside to be good in general. Similarly, Drax loves Mantis for being genuine. But that is in no way related to romance.

Mantis has the power of empathy. What does this mean? The character can feel and read the emotions of other people. In GOTG, we have not seen Mantis feeling any kind of romance from either of their sides (neither her nor Drax).

When Drax told her to be physically unattractive, Mantis was very upset. Also, the former asked her to put her Ego to sleep. For this,s she said that Ego was too strong, and it clearly showed that Mantis has a lack of confidence in herself. But guess what? Drax convinced her.

Both Drax and Mantis in GOTG have showcased several hints to the fans that they can be a couple, if not now, maybe in the future. But, as of now, Drax and Mantis are not dating.

Do you know what the worst part was? Drax ruined it too. Once, he shared that Mantis is very innocent and she was more like his “daughter.” That messed up their romantic approach. Still, there is always a possibility. You never know; anything can happen at any time!

Also Read: Will Thor And Guardians Of The Galaxy Team Up Again?