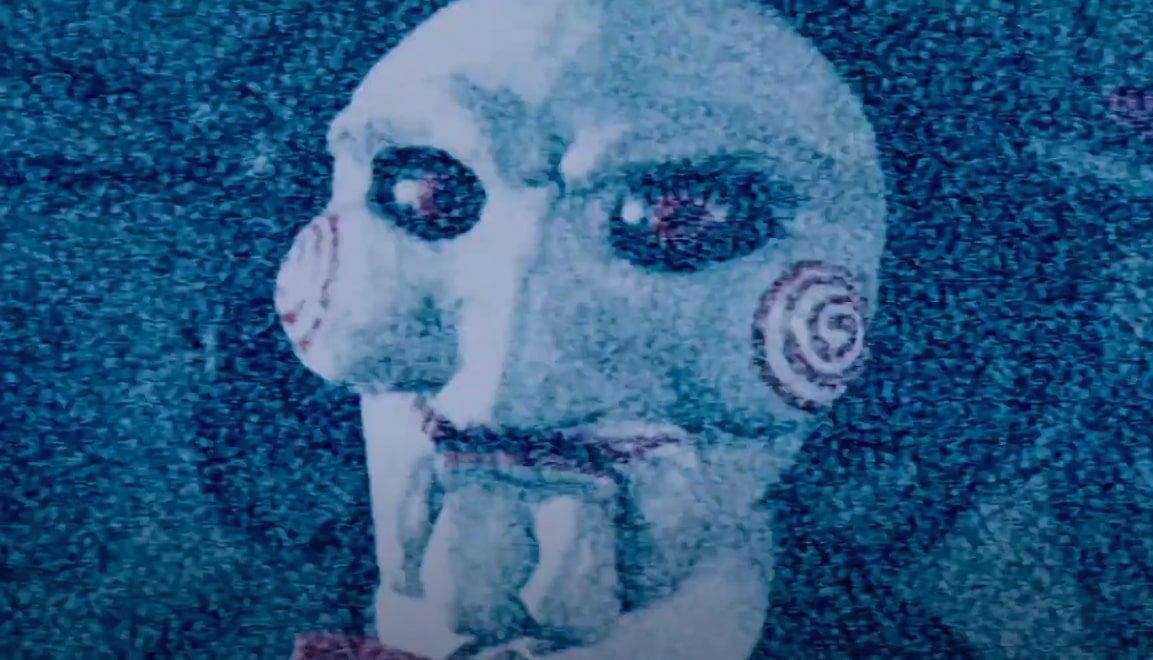 Saw is a horror franchise consisting of a total of nine films. The franchise is created by James Wan and Leigh Whannell, an Australian filmmaker. Most of the story of this franchise revolves around a fictional serial killer named John “Jigsaw” Kramer portrayed by Tobin Bell. Instead of killing victims, Jigsaw traps them in different situations that he calls “tests” or “games.”

He tests their will to live through physical or psychological torture; if they survive those tests or games, they will be rehabilitated. Lionsgate released saw IV in the United States on October 26, 2007. The film was a box of success, grossing $139 million worldwide, even after receiving negative reviews from critics.

Whannell, the writer of the previous three films of the Saw franchise, was uninterested in writing another story for the franchise, which is why Twisted Pictures sought new writers and new ideas for the fourth film. This makes Saw IV the first film not to be written by Whannell.

An executive read the script named The Midnight Man by Marcus Dunstan and Patrick Melton and thought that the script could be a prequel to the very first film of the Saw franchise, which can also add a traumatic event in John Kramer’s early life. But producers of the film Mark Burg and Oren Koules rejected the idea. However, the script of The Midnight Man led Marcus Dunstan and Patrick Melton to be hired to write the next three films. 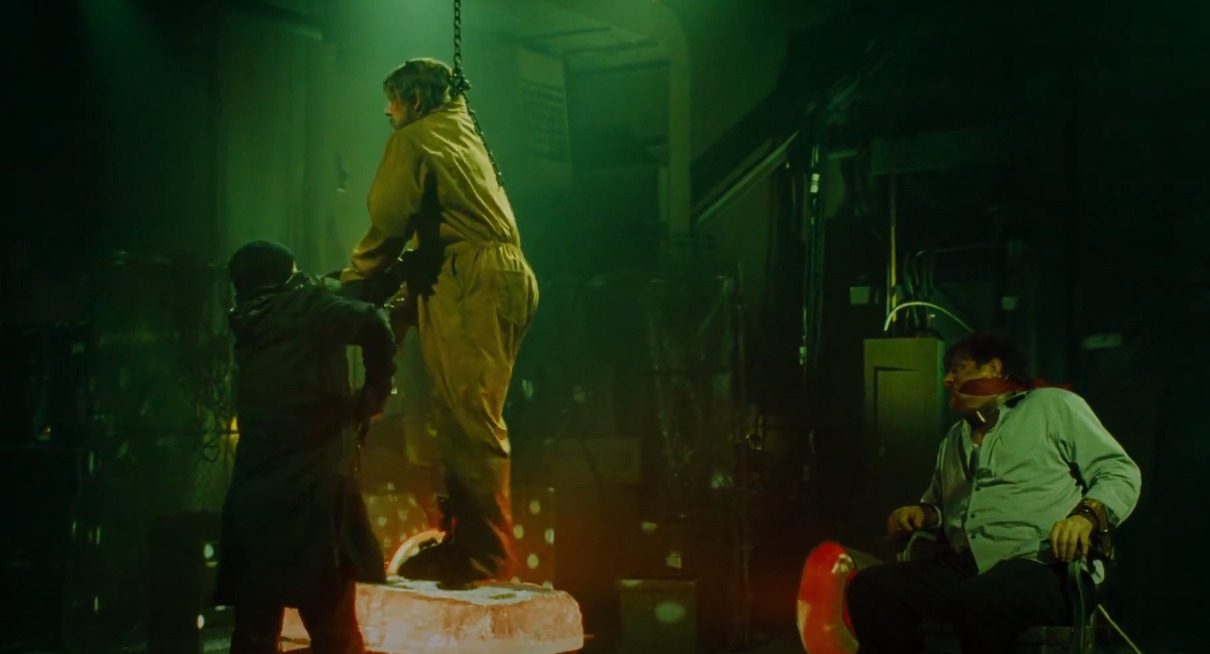 Matthews Hanging On an Ice Block

The plot of Saw IV follows a police officer named Daniel Rigg portrayed by Lyriq Bent, obsessed with rescuing the Serial Killer Jigsaw’s victims. Eventually, he himself becomes focused on serial killer Jigsaw’s tests. In the series of tests, Daniel has to rescue his partners from Jigsaw. The Saw IV also explains the ability of Jigsaw to manipulate people, his backstory, and why he became Jigsaw in the first place. You can watch Saw IV at Lionsgate Play.

We start the movie with the autopsy of John Kramer, the serial killer, a.k.a Jigsaw, which reveals that John Kramer has a tape inside his stomach. Then Detective Mark Hoffman, portrayed by Costas Mandylor, plays the tape, it says that the games are not over and have just begun. This turns out right when we go to a new game, where Art portrayed by Justin Louis, and Trevor portrayed by Kevin Rushton is chained to the large device. Jigsaw makes communication between them impossible by sewing Trevor’s eyes and Art’s mouth.

The slack on their chain tightens as they pull towards the device. They can get rid of the trap with the help of a key placed on the back of another person’s neck, but they can’t communicate. After some brutal fight, Art murders Trevor to retrieve a key from his collar.

We go to Rigg’s team, who are in a trapped building. They use a robot to ensure that no traps await them. Then the machine’s camera sees Kerry, the detective whose ribs got ripped open; Rigg sprints to see if she is still alive, but she is not. Hoffman tells them never to go through an unsecured door. They figure out that Amanda couldn’t have done this by herself because Kerry weighed too much for Amanda alone, and they assume that there is another accomplice. 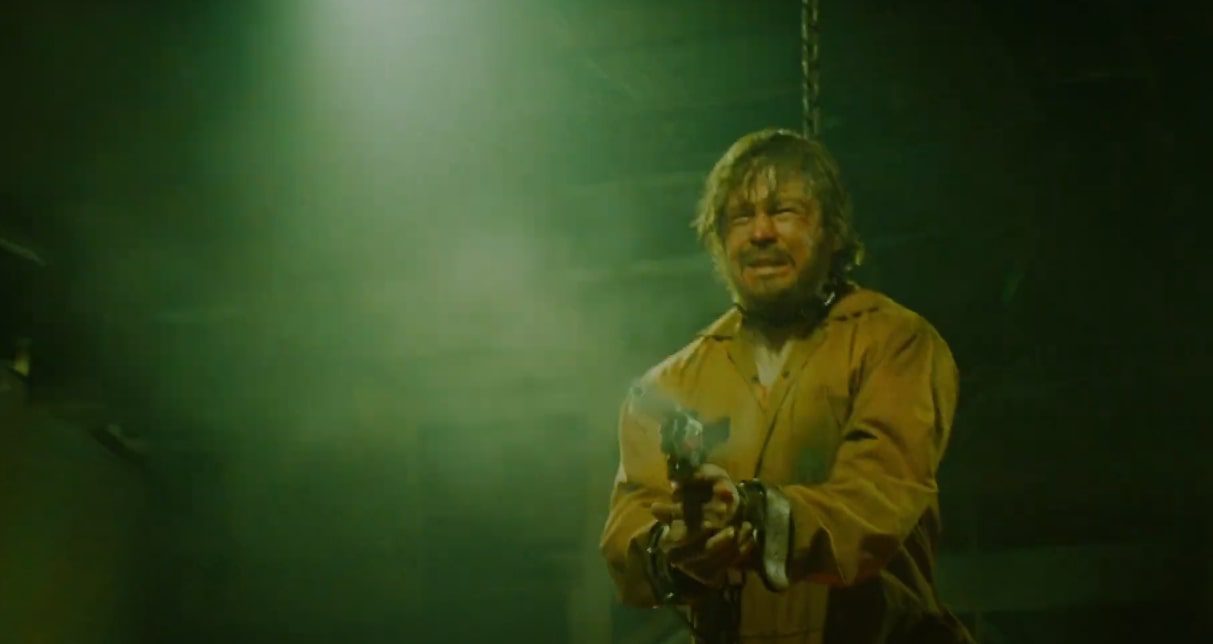 In the evening that day, Rigg and Hoffman get kidnapped. Rigg wakes up in his bathroom and opens the door, triggering a video playing. The video shows Detective Matthews is still alive and Hoffman is with him. They both are trapped, and Matthews is standing on a block of ice, and he has ninety minutes to save him. The tape finishes with this line “Will you learn how to let go and truly save them? The choice is yours.”

The ninety-minutes timer starts, and Rigg finds a woman and a device in his living room. She is wearing a pig mask, and when he picks off the mask, we see a woman named Brenda. Another video starts, telling Rigg that Brenda is a criminal and warns him not to save her. The device starts pulling her hair back. When the machine pulls her hair too much, Rigg decides to shoot the machine with his gun to get it to stop. Because of this, the machine stops but only for a few seconds. Then he cuts her hair to save her.

Matthews decides he has had enough of this hanging and jumps off the ice block, but the man facilitating the game puts him back on it and tells him that if he gets off the block again, he will shoot Hoffman with the gun. Hoffman looks at the man and recognizes him from the school incident with Rigg. The man was a lawyer, and Hoffman told him that the man attacked Rigg first, which was not true.

Rigg is back at the school and discovers that two parents are accused of hurting the girl. They are in a trap and have metal rods attached to both of them, and the wife has to pull out the rods from both to live. The rods are not in fatal positions for her but for her husband; they are on the major parties, which makes the man’s survival impossible. She pulls the rods, which causes the man’s death, but she survives. Rigg pulled the last rod and found the picture of his wife.

On the back of the photo, it tells him to “Go Home.” The ‘G’ on the photo is in a different font, and he recognizes it with the ‘G’ in the Gideon building. He leaves and pulls the fire alarm while walking out. 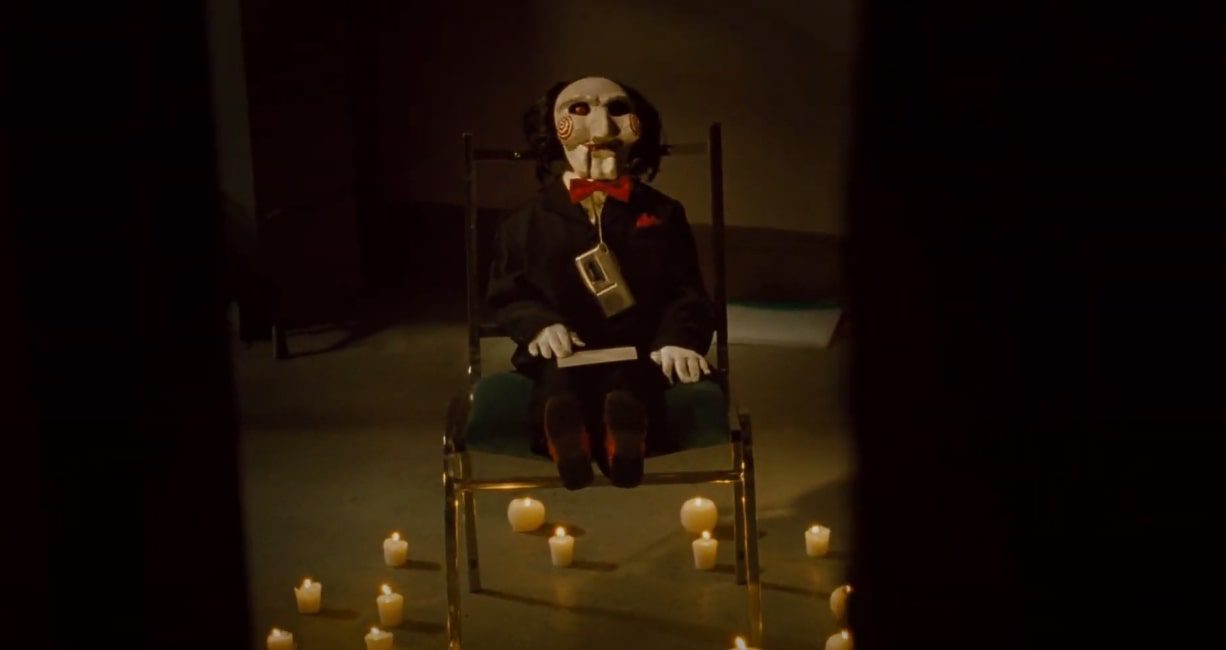 Candles Around the Billy

While investigating, Perez and Strahm walk down the hallway to find another room with a good old Billy in the middle with lots of candles around him. Perez plays the tape on him, and it says, “Next Move Is Critical.” She gets blasted when she gets close to it, and we can see Billy’s signature sound again.

Rigg gets to the Gideon building, and Art notices that two boxes are hanging from the ceiling; when Rigg opens the door, the ice blocks will fall and crush Matthews. Strahm gets to the Gideon building as well and starts searching. As this happens, we learn that Art Blank is the survivor of the trap. From the movie’s beginning, Strahm is walking through the hallway we see Jeff. Yes, the same Jeff from Saw III.

This is where we learned that Saw III and Saw IV are happening simultaneously on the timeline. Art pulls out a button that he can press on the timer to release them. Rigg is sprinting to the door. With only a couple of seconds left, Rigg gets to the door, and Matthews uses his gun to shoot Rigg to prevent him from opening the door. Rigg opens the door and shoots Art; as this happens, the icebox falls from the ceiling and crushes Matthews’s head. 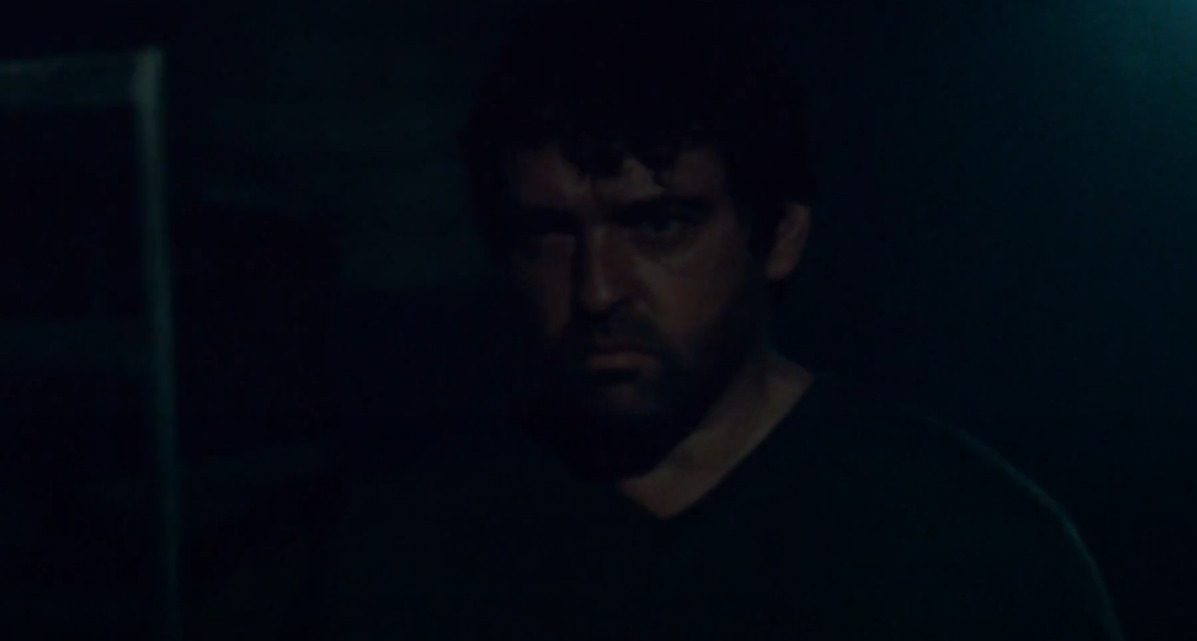 The collision causes Rigg to fall back, and Hoffman’s chair goes into electrified water. As this happens, Strahfm goes into the room where John was killed. Jeff tried shooting Strahm, but Jeff got shot as Strahm was quicker on the trigger.

We go back to Rigg, who kills Art because Art reaches into his back to pull out something. That something is a tape recorder that says that Rigg was supposed to not save them in under nineteen minutes, and if he didn’t save them, they all would have lived. But as the tape ends, we see Hoffman standing over Rigg.

We learn that Detective Hoffman is one of Jigsaw’s accomplices. Then he walks out of the room as Rigg bleeds out. He closes the door on Strahfm walking away, and we end the movie as Strahfm gets trapped in the room where Jigsaw was murdered. Saw IV came out in 2007 and was started by the newer accomplice Mark Hoffman. How will he continue John’s work? Let’s see what will happen in Saw V!

Also Read: AHS Asylum Ending Explained: Will Lana Be Successful In Her Motive To Reveal The Truth?

Trying to Improve Myself.