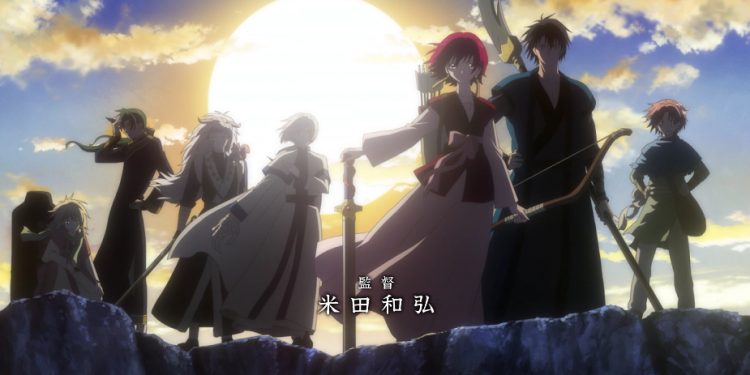 Akatsuki No Yona (aka Yona of the Dawn) is considered as one of the most unique and path-breaking series in the Shoujo realm (targeted towards a young female audience) of anime and manga. One of the major reasons why people are so drawn towards this show is its unique plot and how likable the protagonist of the story, i.e., Yona, is due to her level of relatability with the viewers. Yona is seen as a very amicable and kind-hearted character who, at the same time, keeps showing her perseverance to keep moving forward and improving herself. So, here we shall look at reasons why Yona from ‘Yona of the Dawn’ is the Most Relatable Shoujo Protagonist.

The plot of the story takes place in a fictional nation called Kouka, which was created by the Crimson Dragon God, who came down to Earth and united with four other Dragon Gods. Humanity had supposedly turned very bloodthirsty during this era, and Gods came down to Earth to resolve this issue. Two thousand years have passed after this incident, and most citizens believe this story about Dragons to be just a myth. In this era, Yona’s story takes place. She is the princess of this nation. She has grown up in a very pampered environment, but a coup takes place within the empire in which she is also attacked. She is forced to come to terms with her new harsh reality, and the story further shows how she and the empire cope with their new challenges. Below we will discuss some of the reasons why Yona from ‘Yona of the Dawn’ is the Most Relatable Shoujo Protagonist.

Most shoujo anime have teenagers as their main characters, but barely any of them act like one. Yona, on the other hand, struggles with accepting how her hair looks, and the moment her crush compliments her hair, she starts liking it, as any teenager would react in such a scenario.

Generally, when an anime protagonist goes through a major trauma at the beginning of the series, their entire demeanor changes, and they stop acting like actual kids. But with the constant back and forth between Hak and Yona, we realize that even though she has recently been through a lot, in the end, she is just a teenager at the moment.

After her father is killed by a person very close to her in the first episode itself, Yona goes into a state of shock and emotional numbness. We can empathize with her pain and root for her success as she does not seem like an emotionally perfect being. This is one of the major reasons why Yona is a relatable character.

4. Goes through a heartbreak

Like all teenagers, Yona also has to deal with her fair share of heartbreak in the series. The person she first falls in love with breaks her trust in the most devastating way possible. She is not able to bring herself to plot her revenge immediately and holds on to the hairpin gifted to her by her beloved even though she was utterly betrayed by him. We often hold on to certain things even if logically they don’t make much sense, as human emotions are so complex and can’t always be described logically.

Yona, like most shoujo anime protagonists, is pretty dense when it comes to romance and is seldom able to understand Hak’s feelings for her. But she acknowledges that Hak might need some alone time and respects his space (mostly).

Yona is the princess of the nation called Kouka. Towards the beginning of the series, she grows up in a very protected environment and is naive about various things outside her palace. But later, she acknowledges how she was pampered while growing up and needs to learn more to move forward. In real life as well, we see that people born with a silver spoon find it difficult to connect with people outside their worldview. Yona actively puts in efforts to learn more about her kingdom.

7. Is loyal towards her friends

The main reason why Yona took up arms and started training was that she realized that she was hampering Hak during fights as she was untrained in any sort of martial arts. She deeply cares about Hak, and all of her friends always take care of them in her way.

Yona acknowledges the fact that her current situation is very painful and tragic. She puts in her best efforts to settle into her new reality of hers. As viewers, we root for her more here as the situation feels more realistic.

9. Does not become a stronger overnight

Yona’s training process in the series is shown continually as a long and tedious process. Even after a long time in training, she does not suddenly become the strongest character, rather remains the weakest. The story becomes more interesting to watch from here, and as the viewers, we know the main protagonist can’t take the help of some sudden power boost and has to continue to survive while being a physically weak character.

10. Is continually amazed by Hak and all of the other Dragons

Like all the viewers watching the show, Yona too gets astounded while watching the various dragons around showcasing their various skills, and Hak being his usual self like the rest of us. This is one of the reasons why Yona from ‘Yona of the Dawn’ is the Most Relatable Shoujo Protagonist.

This show has gone on to be one of the most loved series amongst the shoujo demographic. This show absorbs its viewers in its plot from the get-go and further immerses them with the characters. But out of all those characters, the protagonist stands out the most. She is a very relatable character with real-life-like qualities but still engages the audience with her story.