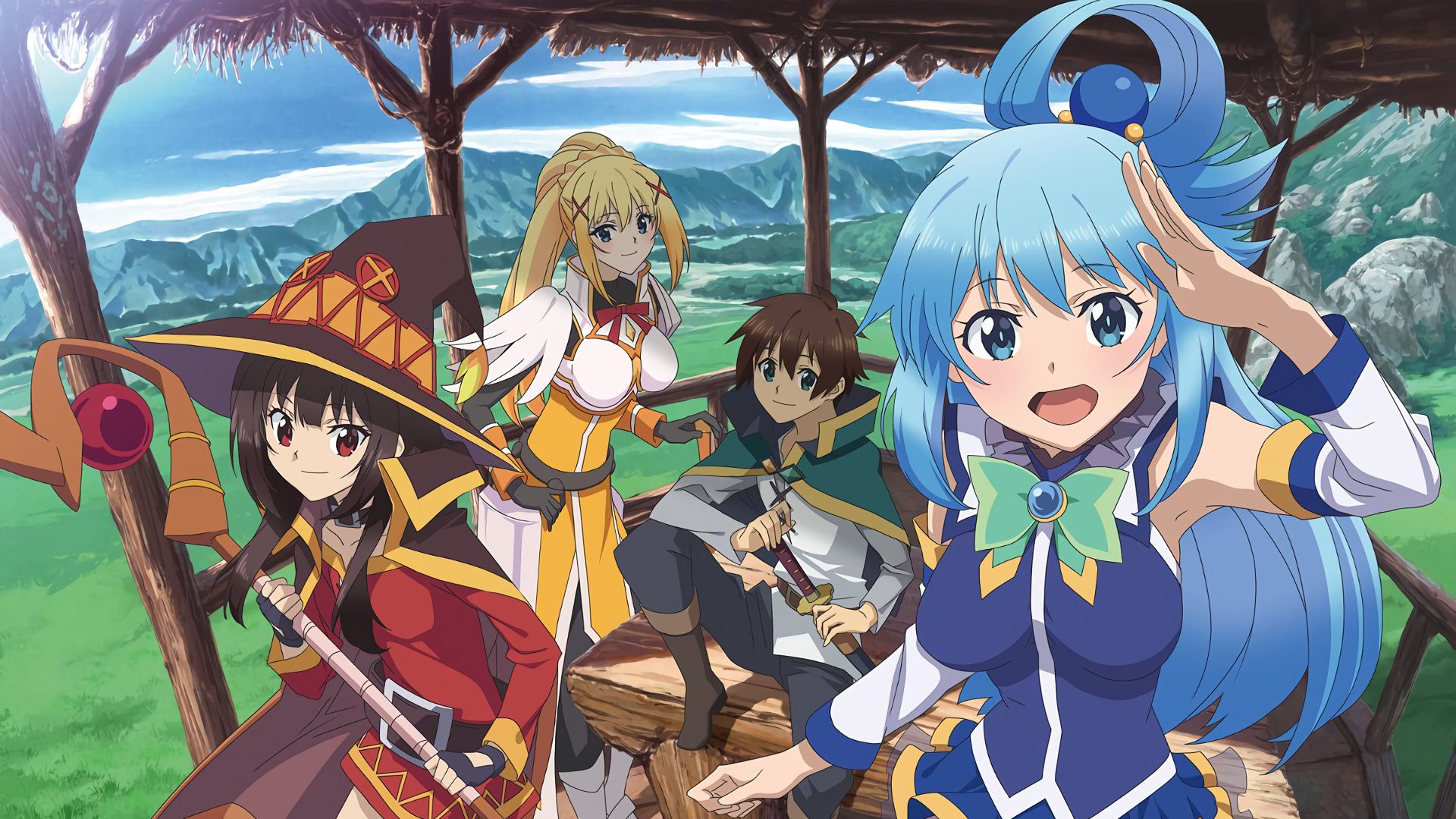 KonoSuba: God’s Blessing On This Wonderful World is a popular anime adapted from the light novel series going by the same name. The light novel ran from October 2013 to May 2020. KonoSuba has been a big success for the creators. It has been adapted into a manga and an anime too. The anime is on the run since January 14, 2016. The anime has been made by Studio Deen and is licensed by Crunchyroll. The second season aired from January 12, 2017, to March 16, 2017. Two OVAs have also been released so far.

The anime is so popular and successful that it sparked off a crossover with various other anime. In October of 2018, this news regarding the crossover was announced. It was made public that the characters from KonoSuba: God’s Blessing on This Wonderful World!, Re: Zero- Starting Life in Another World, Overlord, and The Saga of Tanya the Evil would appear in the anime. This new crossover anime is named Isekai Quartet. Moreover, Isekai Quartet is produced in chibi style and is produced by Kadokawa Corporation.

Fans have so far watched the first and the second season of KonoSuba: God’s Blessing on This Wonderful World!. The second season aired in 2017, and it has been 5 years since they have not seen anything new. With the third season getting a green light to go ahead, it will be some time before fans can watch the shoe again. Now to fill its void, you might be wondering if there are anime similar to this one that you can binge on. Lucky for you, there are!

Let us take a look at anime similar to KonoSuba: God’s Blessing on This Wonderful World.

Ixion Saga DT and KonoSuba are ridiculously similar when it comes to being a comedy relief and having humorous dimensional transitions to game-like environments.

The anime follows the story of Kon Hokaze. Kon is playing an MMORPG game. He receives a friend request from a female character in-game. Believing his luck to strike a good chord, he thinks that he has found a girlfriend online. As soon as he accepts the request, he is thrown into the world known as Mira. There he saves a young princess accidentally by directly landing on her assailant.

Without any idea of where he is and how to go back to his world and his home, Kon begins his journey in Mira. He goes with the princess as her guard. Meanwhile, an enemy faction within the princess’ kingdom plans to capture the princess before she can get married. 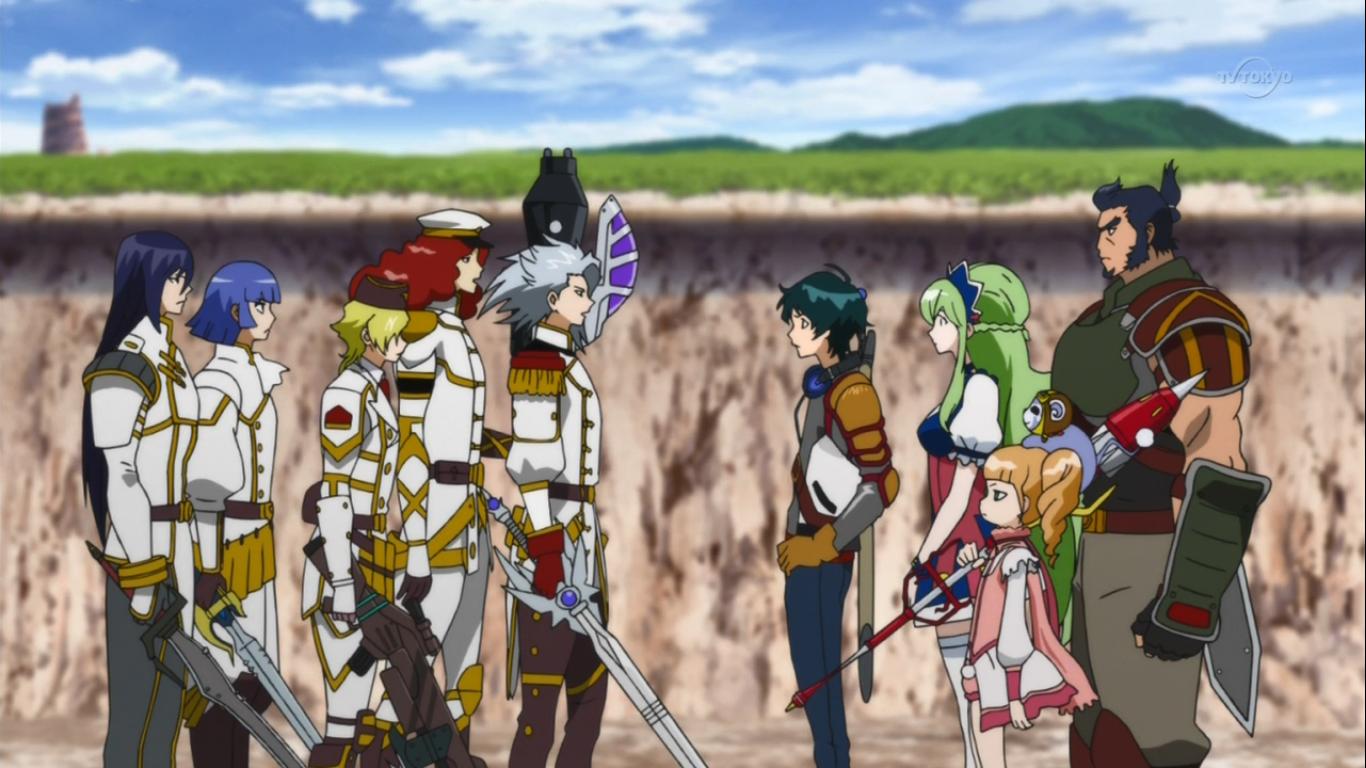 This show is very hilarious with some very good moments and is sure to make you laugh. So make sure to check it out and enjoy the show. You can watch this show on Crunchyroll but will require a premium subscription.

Gintama has to be on this list. Leaving Gintama in the list of anime similar to KonoSuba would just be criminal. Gintoki, the protagonist of Gintama, has a close resemblance to Kazuma Satou (protagonist of KonoSuba: God’s Blessing on This Wonderful World!). Gintama is regarded as one of the most comedic anime. It has very hilarious scenes which will keep you laughing. 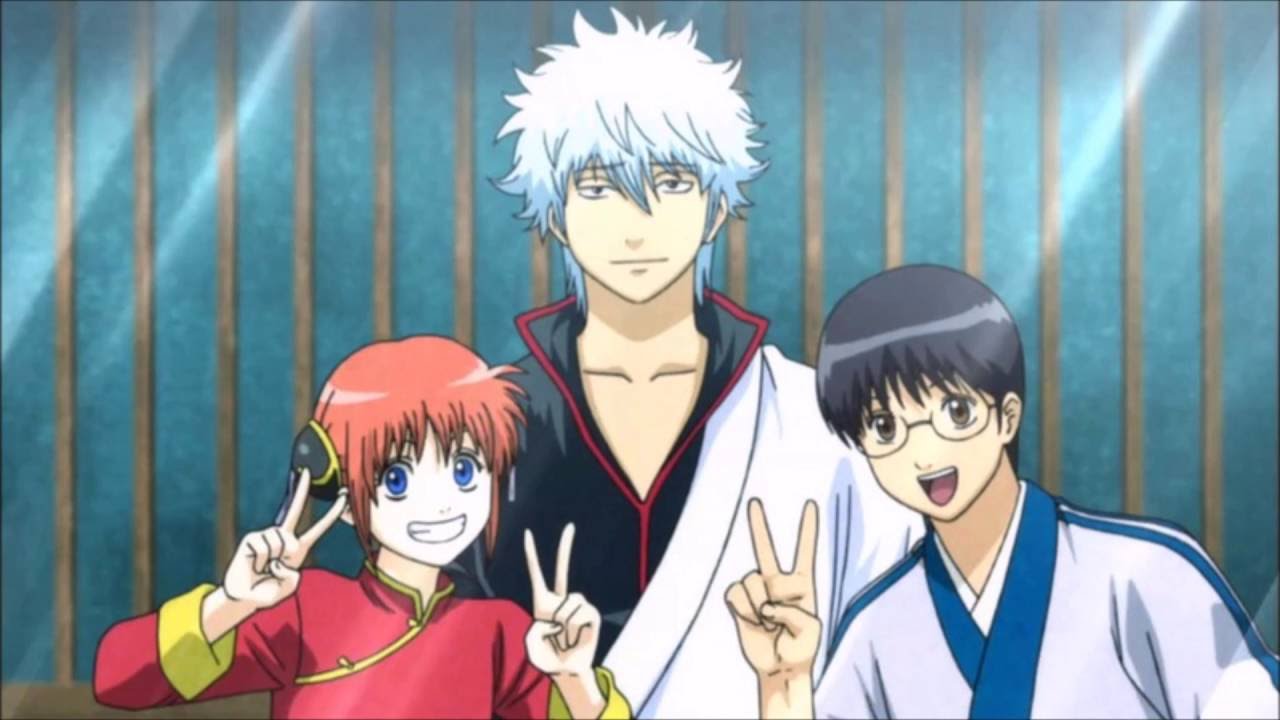 Gintama is set in the late Edo period. Aliens called Amanto have attacked the earth. After the shogun surrendered, a ban is placed on carrying the swords on humans. Gintoki helps Shinpachi, and they both save Kagura. The three together come to be known as  ‘Yorozuya’. Then begins the story of this famous trio. Taking up jobs, eliminating enemies, saving people in need, etc. Soon the main antagonist, Utsuro, is revealed. Gintoki works with both friends and foes to eliminate Utsuro and save the earth.

Outbreak company is one of those anime that goes unnoticed. Just as Kazuma Satou, the protagonist of the outbreak company, Shinichi is living in another world. As in its name, this show is sure to cause an outbreak of laughter for those watching it. Both Kazuma and Shinichi are in the same boat. The only difference here is that Kazuma does his missions by fighting,  while Shinichi has to fulfill them by holding peace talks. 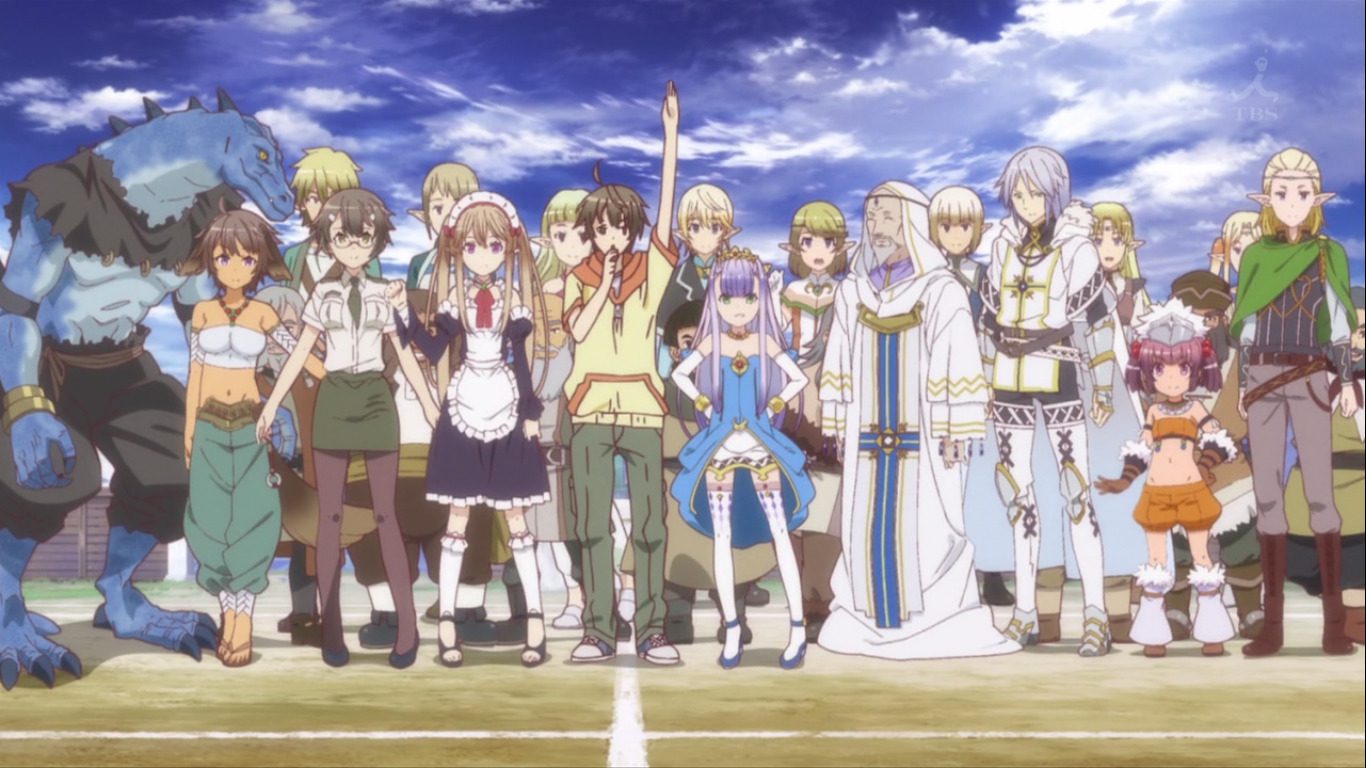 Shinichi Kanou, is an otaku just like us. He is given a job due to his great knowledge of the anime & manga world. Right after meeting the one who employed him, Shinichi is kidnapped. He opens his eyes to a new and different world. Then he is selected by the government of Japan to improve Japan’s relations with other countries in this new world. They also require him to spread the Japanese influence using anime, manga, etc., as much as possible.

Daily Lives of High School Boys is another anime similar to KonoSuba. This is one of them not so heard anime. I can assure you that you will not at all regret having started this anime. This anime has got everything, comedy, satire, everything you want. You will never get bored while watching this anime and keep coming back for more. 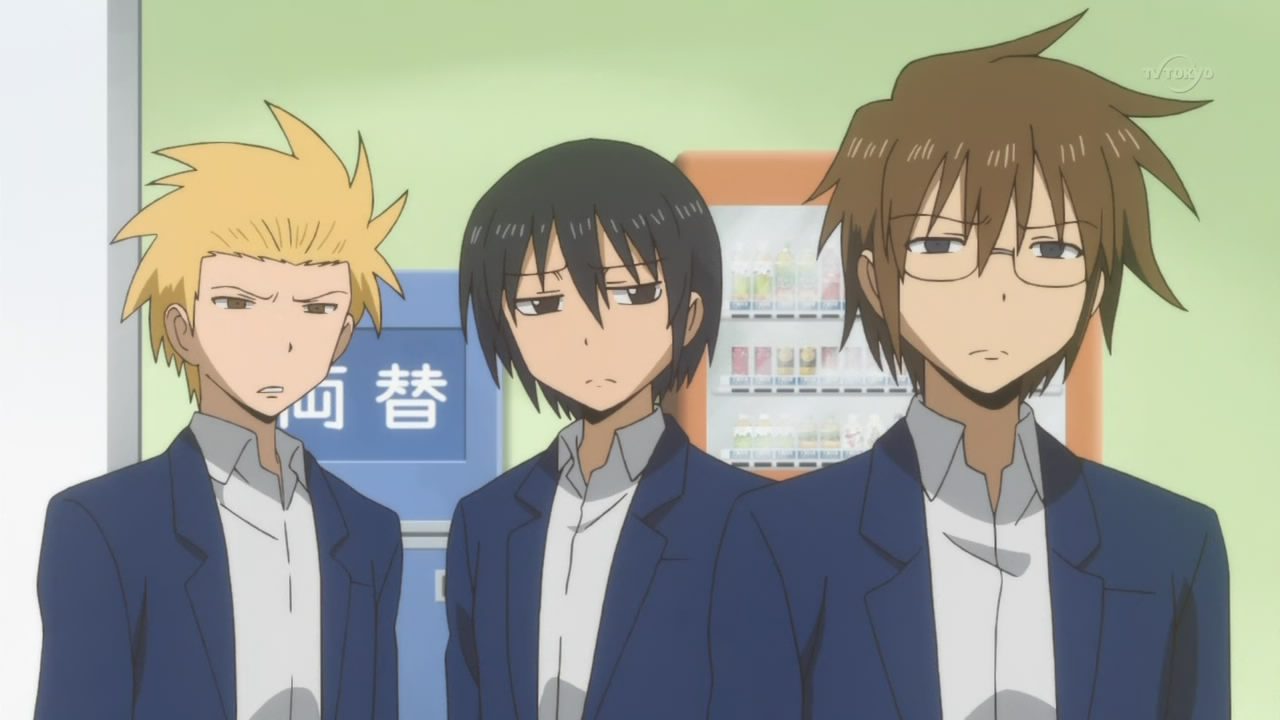 Hidenori, Yoshitake, and Tadakuni are three very good friends. The three of them study at the Sanada North High School. The trio is always thinking of something interesting and funny to just pass the time every day. From acting out an RPG scene to having a romantic encounter at the riverside during sunset, the three boys will do anything to get the fun and enjoyment that they long for.

Log Horizon is another anime where the protagonist ends up in a game. The game here is named Elder Tale (no, it is in no way connected to Elden Ring). The show has had 3 seasons released so far. So far, no confirmation for the 4th season is announced, but the fans are pretty optimistic as a lot is left to cover from the novel series. 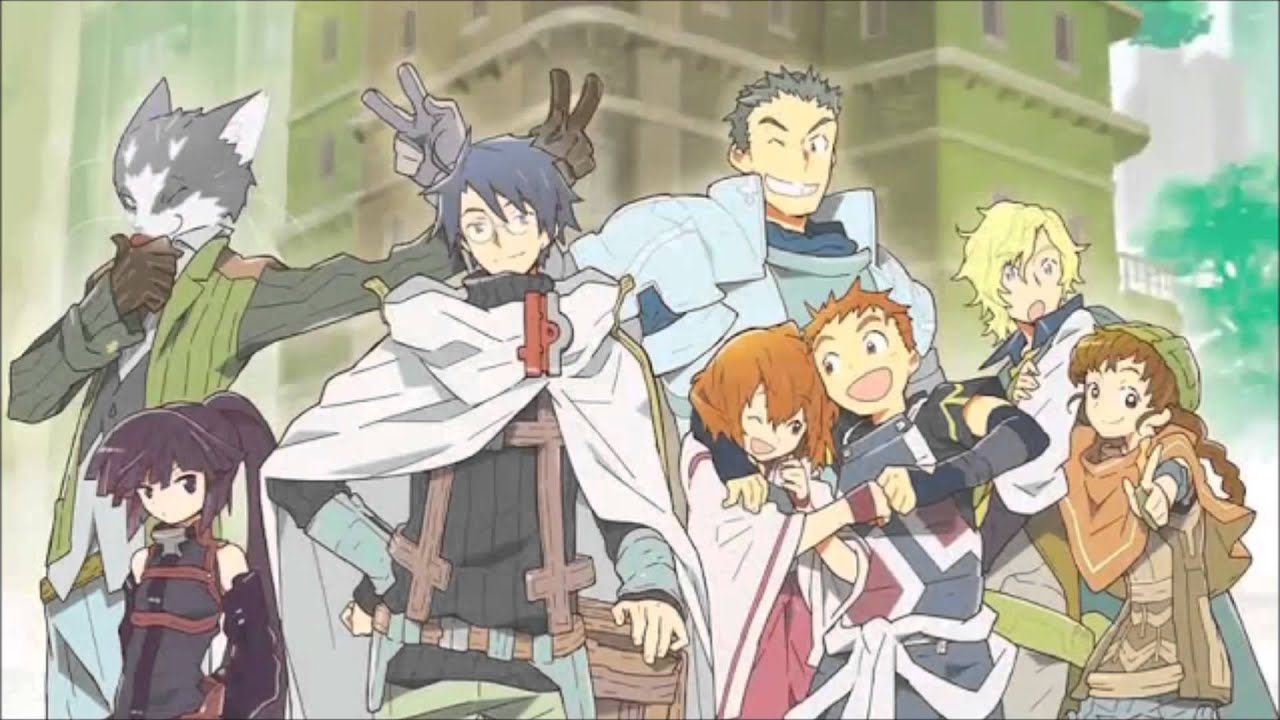 The game Elder Tale is an MMORPG and has become a globally successful game. Millions of players play this game every day. During the time of the release of its twelfth expansion pack named Homesteading the Noosphere, around 30,000 Japanese players who were logged into the game during the update got trapped inside the game. All of them are now in the form of their in-game avatar. Shiroe, alongside his friends, decides to tackle this world which has now become their new reality.