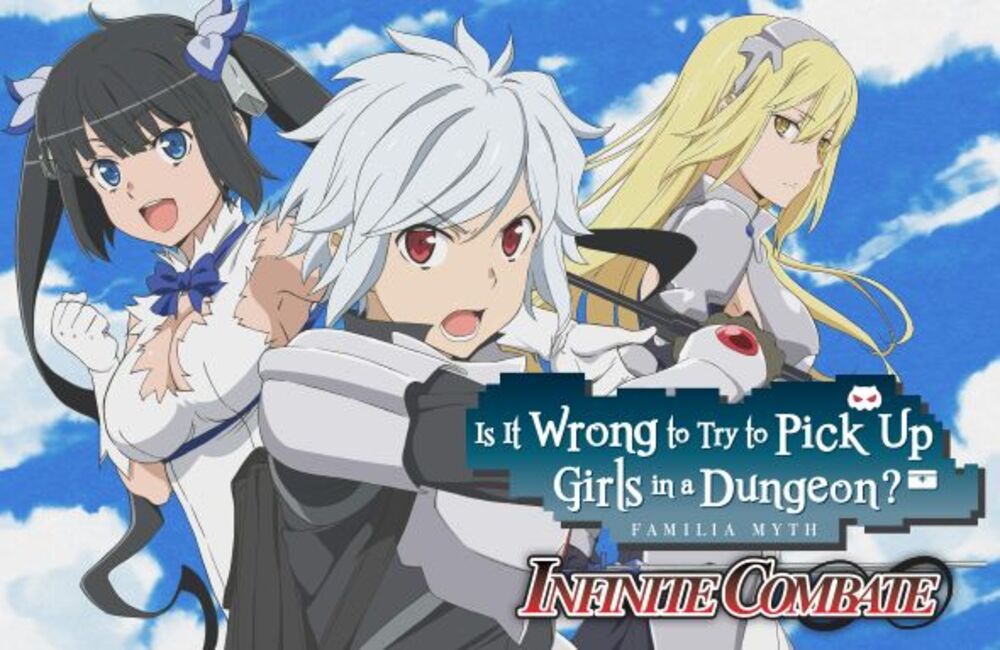 Is It Wrong To Try To Pick Up Girls In A Dungeon Cr: Crunchyroll

Watching a show is like listening to a song. Everybody has a different taste. Similarly a liking for different tropes and plots. Whenever you finish a show, you long for the same taste again. It is a kind of urge. However, it is a common thing. It is important to cater to it. Here, we will talk about 10 Anime Like Danmachi. If you are a Danmachi fan, you will love these anime too.

Is It Wrong to Try to Pick Up Girls in a Dungeon? is a Japanese light novel series. Fujino Mori is its author and was drawn by Suzuhito Yasuda. It is one of the most fan-favorite anime series of all time. As hilarious as the name sounds, its plot is a gem.

The plot revolves around Bell Cranel’s exploits. A 14-year-old novice explorer and the Hestia Familia’s sole member. He raises his eyes to Ais Wallenstein. The Loki Familia’s most famous and formidable swordswoman. She rescues his life from a terrifying monster. He resolves to become as strong as her. Ais is Bell’s romantic interest. He also has feelings for various other girls. The most notable is Hestia herself.

The novel is set in Orario, a fictional world. A few gods have chosen to limit their celestial power and ability. In order to taste the difficulties of mortal life in the city, each god has a procession of adventurers and support employees known as a Familia. The principal activity of these groups is to explore the Dungeon, a labyrinth beneath the city where monsters are battled. An adventurer can raise their degree and aptitude scores by conquering more powerful enemies, as well as gain special abilities known as skills. 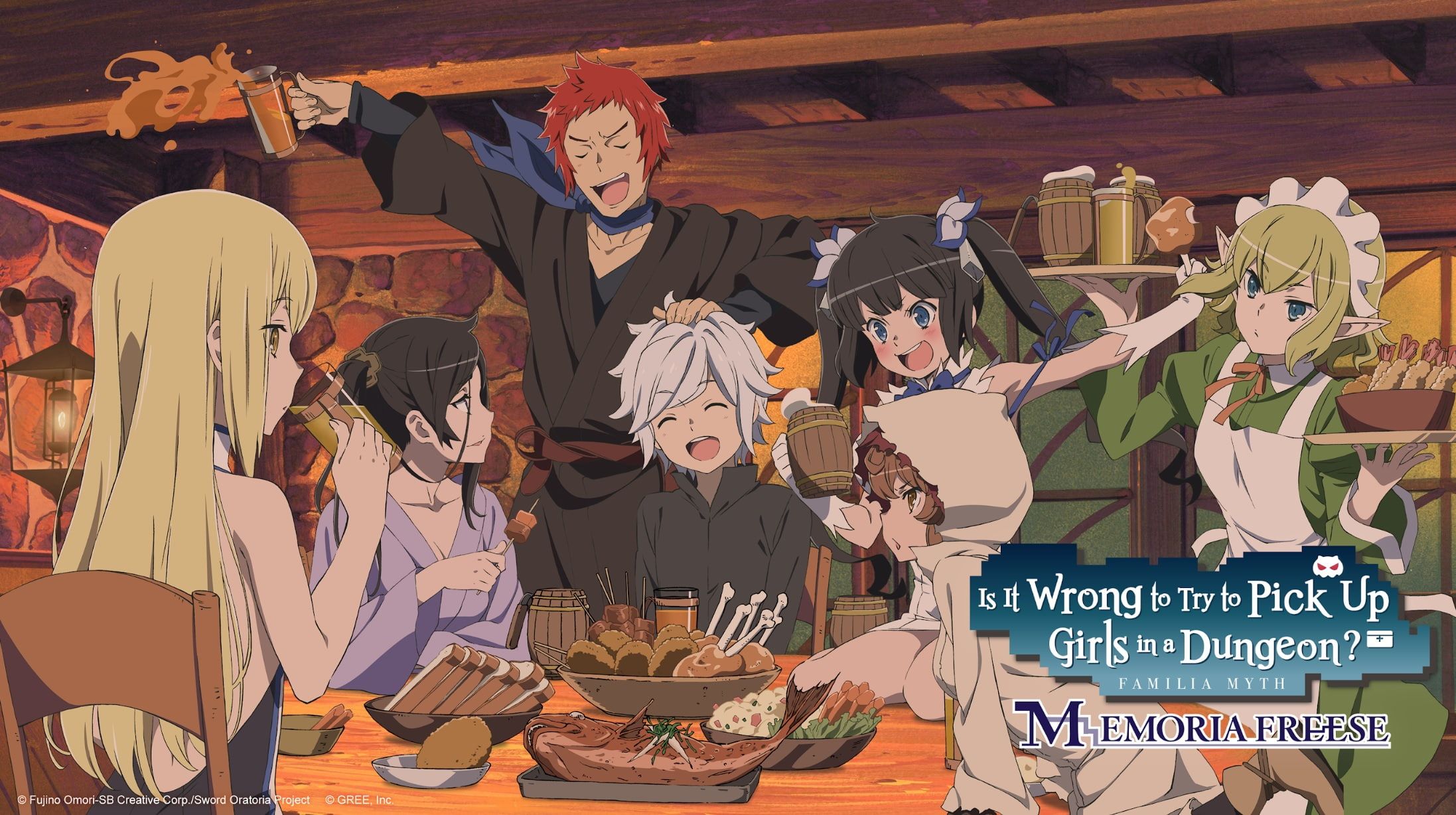 Aiz Wallestine Cr: Is It Wrong To Pick Up Girls In A Dungeon?

However, rewatching your favorite is also a good option. Whereas if you get the same feel, that too with a new topping, it is the cherry on the cake. The following list contains 10 Anime Like Danmachi that you might like.

You’ll meet real-world players locked in a virtual domain and compelled to endure by their methods in Sword Art Online. Moreover, giving the real-life fantasy a serious tone, log-out is nearly difficult. Whenever someone dies in-game, they die! It’s that lethal and perilous! Sword Art Online is an excellent choice if you want to watch an anime based on role-playing games. That is full of action, fantasy, dark sequences, and a hint of a love story in the background. 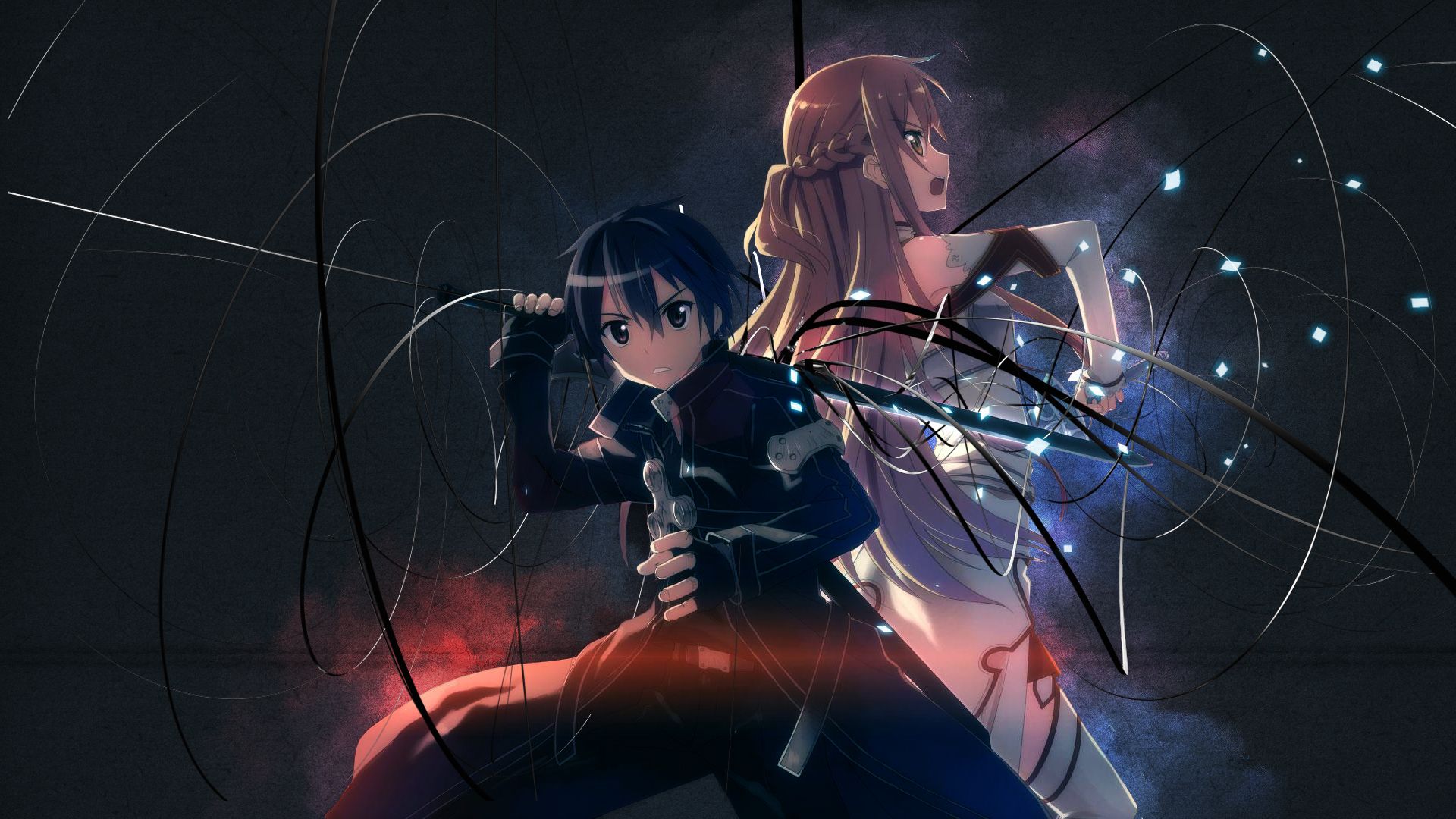 In addition to coping with enemies in the game world and devising tactics to defeat them. You’ll also be taking on a new job as the Overlord!
You’ve gone from evil to heroic. You’re now the world’s largest, baddest, strongest, and most powerful villain! Momonga is a Yggdrasil participant. The most intriguing aspect is that he is the monarch of a planet on which he is confined! He lives his life as Ainz Ooal Gown and continues to experience the world. Moreover, the show takes it to the next level by making him the most powerful and ferocious human ever! It’s a must-have series for anyone tired of the same old characters, low-level players, and zero-to-heroes. 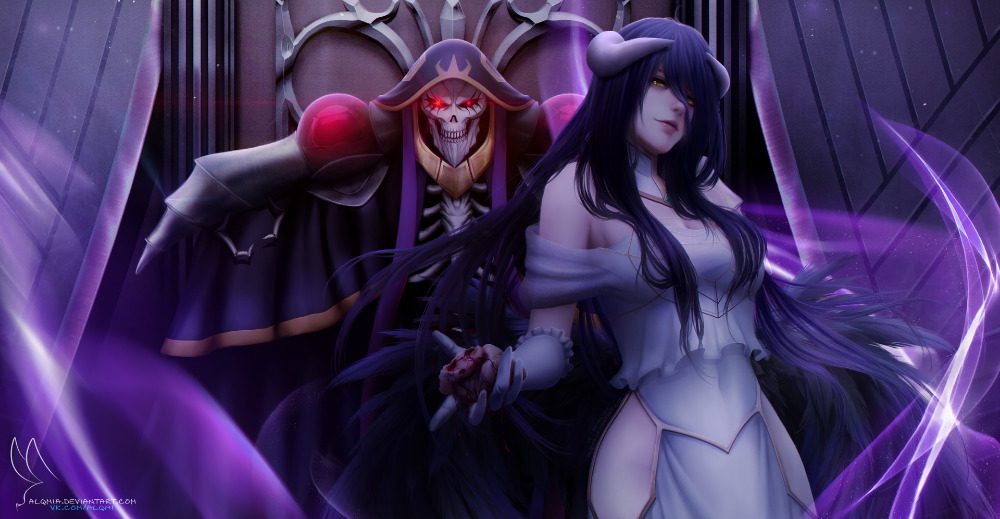 8. And You Thought There Is Never a Girl Online?

The characters’ constant game follows the same premise as Is It Wrong to Pick Up Girls in the Dungeon and includes a beautiful love story that you will not want to miss. Hideki Nishimura, alias “Rusian,” resolves not to trust another gorgeous woman on the internet after a suspicious meeting confessing to an online gamer. Rusian is a part of a society in which Ako falls in love with him a few years after the occurrence. He chooses to be open to her approaches because she isn’t a problem. The love story in this anime, as well as the action-packed moments, might evoke memories of Danmachi. 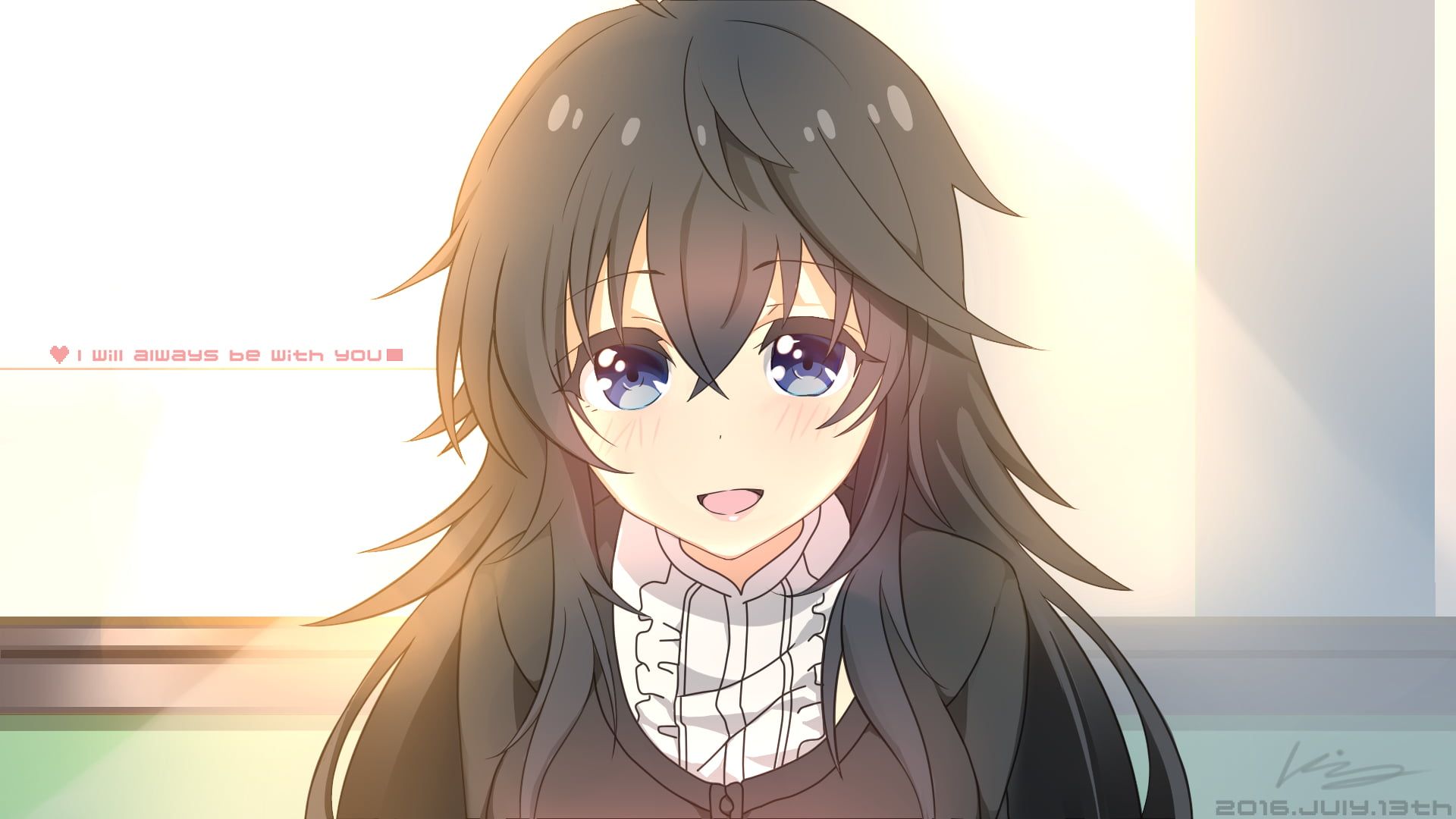 Ako Tamaki
Cr: And you thought there is never a girl online

Take a glance at No Game No Life if you’re looking for an experience that’s both mystical and inherently epic. No Game No Life will offer you an unbelievable dosage of gaming! Sora and Shiro, two siblings, make up the brilliant gaming group. They’re the finest in games and almost unbeatable! An unnamed email invites them to a chess game one day. Blanks was the winner, but his opponent was Tet, the God of Games. Awe-inspiring moments and mind-boggling games. Ready to have your mind blown away by the sheer volume of this series’ amazing shocks! 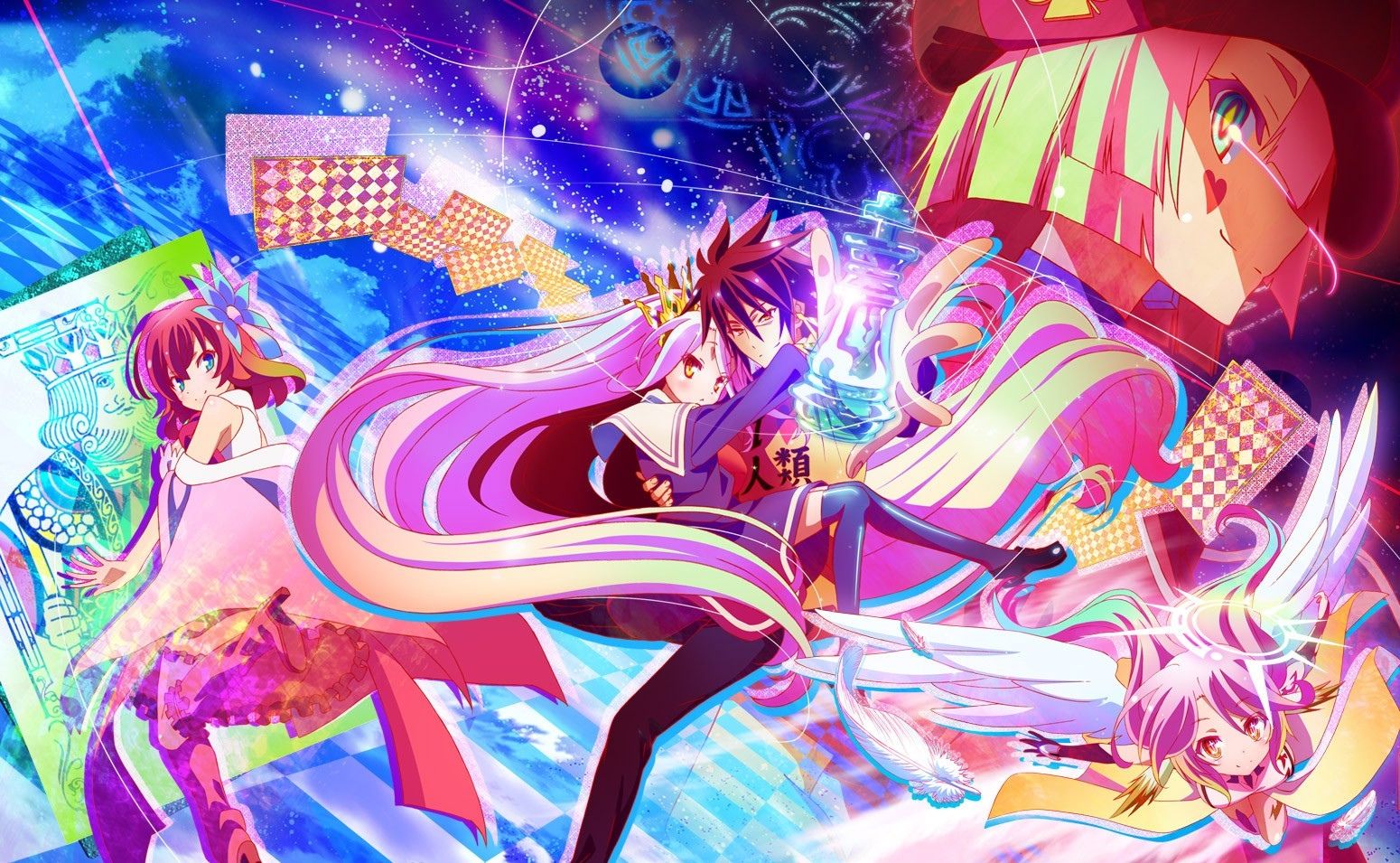 No Game No Life
Cr: Crunchyroll

This classic film must be included in the list of anime in this genre. It’s intriguing, humorous, and romantic. -the most wonderful of all! A dimension gate chose to eat the average human who was passing by. Louise is a victim of Zero’s supernatural mayhem. He can conjure him as her personal familiar. Saito is unable to return. However, Louise has been unable to retract her summons. Their fates collide, which results in an amazing reaction full of humor and everything. If you’re seeking a chick flick, you’ve come to the right place. This is a fantastic show to see. It’ll be a show you won’t soon forget. 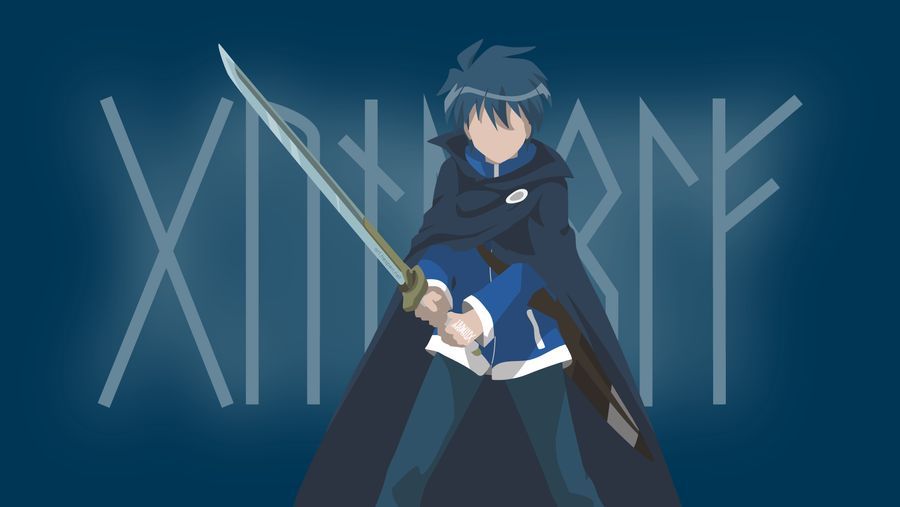 5. Magi: The Labyrinth of Magic

The fantasy animation Magi: The Labyrinth of Magic follows Aladdin and Alibaba as they journey through a fascinating world. Where Dungeons have appeared out of nowhere, these dark dungeons will bring wealth to the conquerors once they have conquered them. However, djinns safeguard their territory. They do this with the aid of terrible traps that line the perimeter of each Dungeon. The dark hidden underneath this is the most horrifying part. Intrigue, cunning, and labyrinths are all prominent themes in Danmachi, a must-see anime. 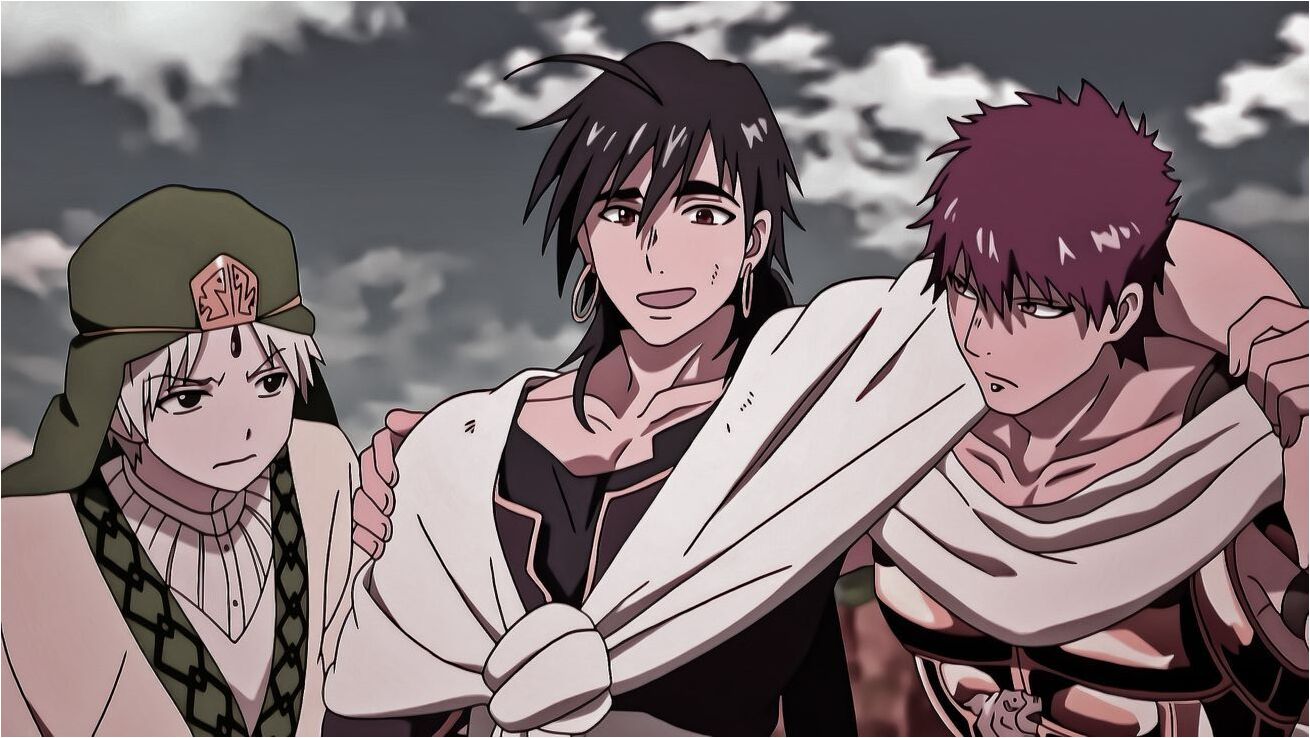 It is the concept that governs all worlds’ emotions, powers, ideas, and memories. Foreigners can use its power to cross via portals imbued with their own world’s Logic. Pose a threat to other planets. ALCA employs Logicalists who are attached to immigrants, who seek justice by sharing their Logic to stop this from happening to Septpia. They are in charge of dealing with any hazards that may arise. Due to the overuse of his skills, Yoshichika Tsurugi was denied the right to employ Logic during combat. However, he was able to reclaim it once Athena gave him a brand new Logic Card. Yoshichika and other Logicalists also made an arrangement with the gods of Tetra-Heaven. Allowing them to work together to combat foes who threaten their realm. It may recall you of Danmachi or even other fantasy worlds when gods bestow their power as a “blessing.”

It follows a group of mages from the Fairy Tail organization as they travel through Fiore’s realm. Lucy Heartfilia is a young mage in search of a heavenly gate key. Her primary goal is to join this illustrious guild and become a full-time wizard. She encounters Natsu Dragneel and his companion Happy while hunting for Natsu’s birth father, Igneel the dragon. He showed him everything he knew about magic when he was a child. Fairy Tail is a great anime to watch if you like Danmachi since it has a mix of fantastical aspects, humor, and action. 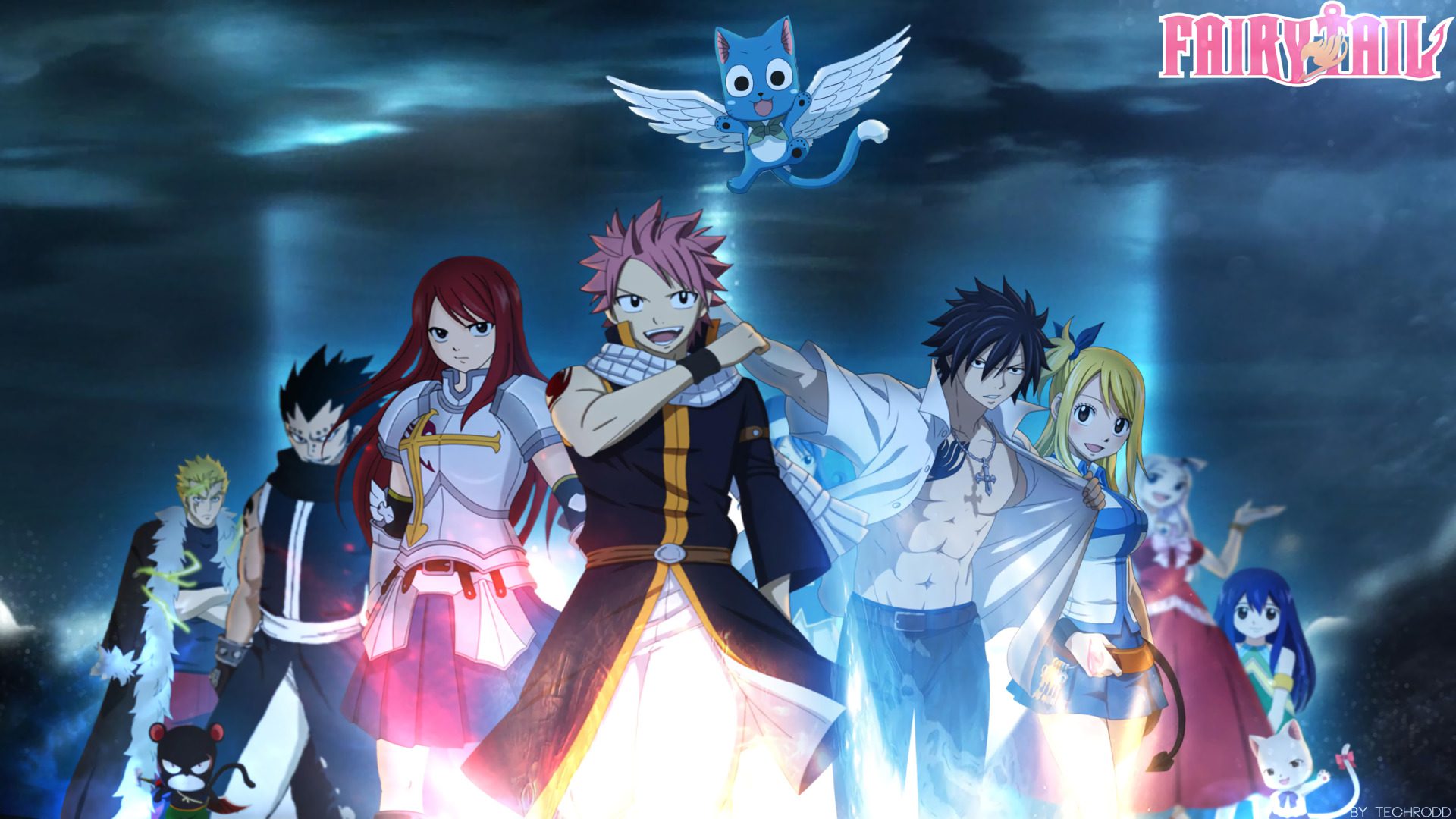 Nakaba Suzuki’s anime series The Seven Deadly Sins is about the seven deadly sins. Elizabeth is a princess of the Kingdom of Liones in this story. It has comparable characteristics to Danmachi, such as humor, ecchi, and action scenes. However, the structure and narrative are vastly different. Her companions are the seven sins. She is on a quest to reclaim her kingdom from the Holy Knights. It was wrongfully captured via force and bloodshed. The show also delves into the lengths to which people would go to pursue justice. Meanwhile, other countries conquer them by more subtle means such as corruption and intimidation. 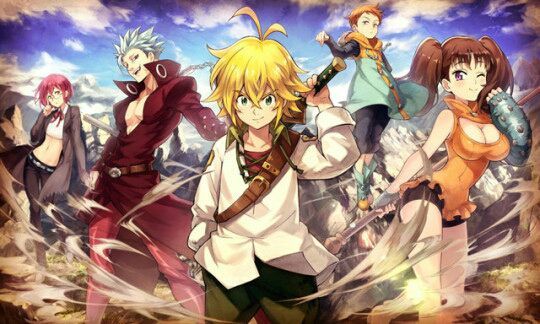 The “beast fallen”–cursed people born with the look and ferocity of an animal–exist in a world where humans and witches are constantly at odds. They are scared by both sides of the fight due to their physical power and bestial appearance. Finally, many monsters fall under the category of sellswords, who make a living hunting for either side, depending on how much they’re paid or the pact they’ve made at the time. Despite the fact that it is not an easy experience for everyone involved, some people are unable to escape the hazards. 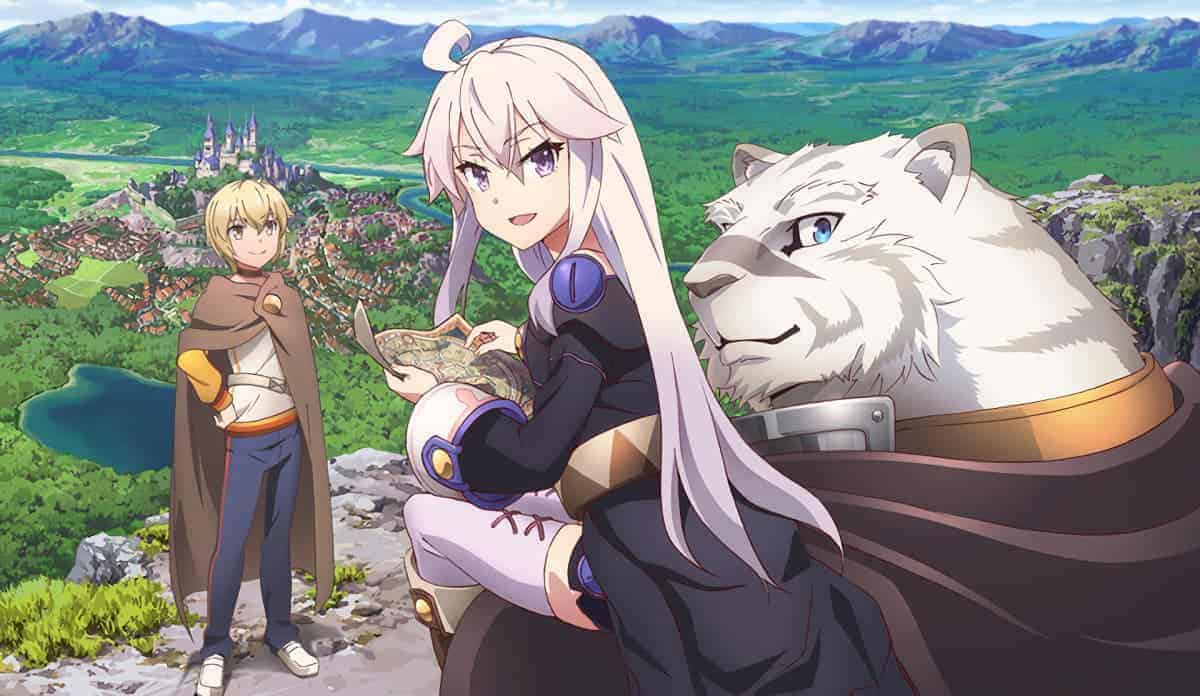 Despite the racial divide, a delicate witch named Zero hires a beastly mercenary to guard her. As they journey together, the unexpected group of friends gets closer. His actual character is revealed along their adventure, leading to him exhibiting empathy for all individuals, humans and witches alike.

Also Read: Anime Like Tonikaku Kawaii That You Must Watch