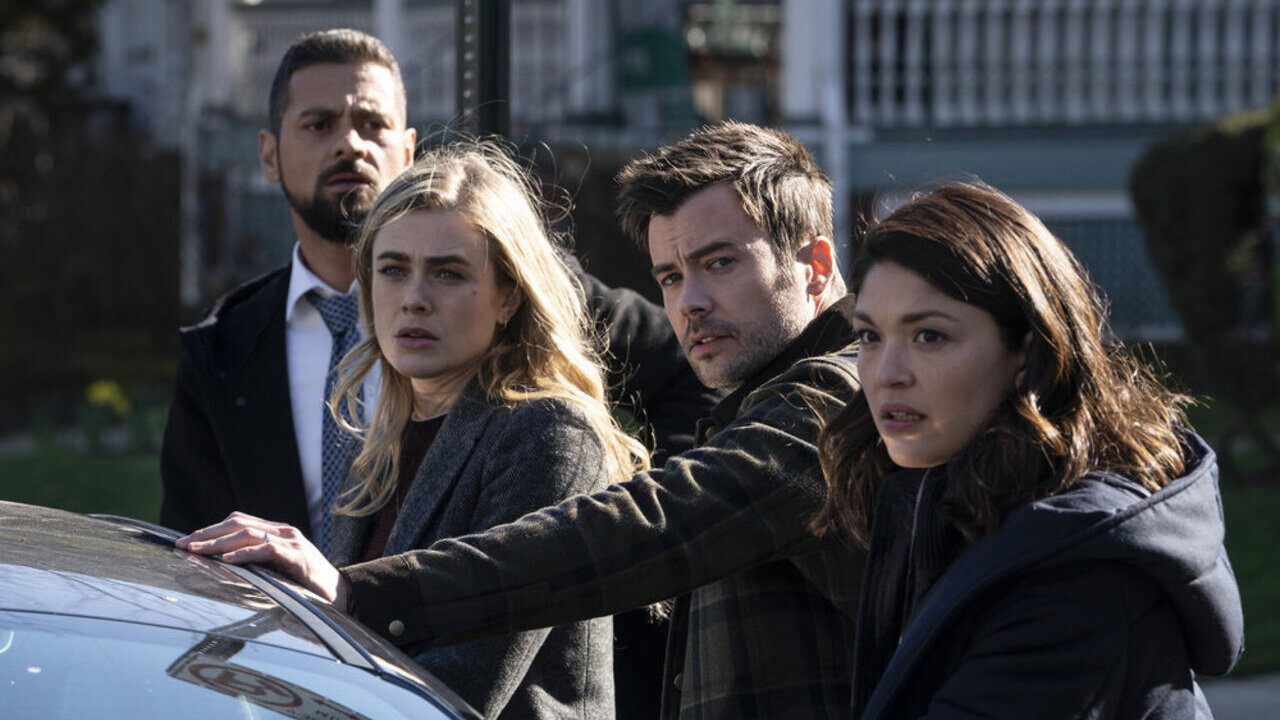 Manifest Season 4 Netflix release date is now confirmed and fans could not hold their enthusiasm back. Since the show was dropped by NBC after airing just three seasons, it was picked by Netflix after witnessing the huge success it gained upon release on their platform. Recently, a small teaser was released by Netflix a few weeks ago that showed us exactly how Michaela is searching through a flowered cargo on the New York docks. She finds a man inside one of those and that is exactly where the teaser ends leaving us in shock. But well, our wait and enthusiasm will not have to wait for long given that a date is finally set for the new season.

The plot of the series focuses on the passengers who boarded Montego Air Flight 828. The passengers on the flight do not feel anything except for a little turbulence. When they land, the entire world is in shock because they returned after 5 years. It becomes really hard for all the passengers to adjust to their normal lives given the fact that everyone who was ever close to them has moved on thinking that they have died in an unlocated crash somewhere. But what is odder about the people on flight 828 is the fact that they can now hear things, as they say on the show, “Callings”. A still from Manifest of Saanvi and Michaela

These callings lead them to various situations which have not happened yet but need their help with. It is thus discovered within the plot that the people who do not follow their callings, end up dying after the period span they have been gone for. Another fact is that all the people who were gone during this tenure have to follow the Calling together. Even if one person messes up their tasks, the entire group dies. Michaella and her brother along with her nephew are in the lead roles as they navigate through their lives and understand what the future might possibly gold for them. The passengers have little time left to waste and thus, they all must reunite in order to save their lives and lead a normal one. Coming back to the release of the show, here is what know thus far.

Manifest Season 4 Netflix Release Date is on the 4th of November 2022. The biggest twist that Netflix has been waiting for was the date and time of the announcement of this news. The platform revealed this on 8/28, as on the 28th of August (8th month) at 8:28 AM Pacific Time. This relates to the Montego Air Flight 828 and the passengers who were on it. The reaction on Twitter was hilarious as the fans were appreciating the clever announcement time and date by Netflix giving us even more of excitement for the upcoming season.

How to Watch Manifest Season 4

Now, if you are planning to watch Manifest Season 4 at any cost, I suggest you buy a subscription to Netflix. The platform costs 8.99 dollars a month for a basic price which, if you ask me, is enough for a single person to watch on their mobile. Well, if you want to have a joint Netflix account, it is always possible to upgrade the plan to two screens or even four depending upon the plan you’re comfortable with. They are staked at 15.99 dollars a month and 19.99 dollars respectively.