Reservation Dogs’ sophomore season is starting. This comedy series that tells the story of four Native American teenagers living in a rural town in the United States is back! The Rez Dogs, bored to death with nothing ever happening in their hometown, start stealing here and there, and from there, they graduate to armed robbery, hoping to save enough money to move to California in search of something else. With an original cast and a great story to tell, here’s what you should know about Reservation Dogs Season 2 Episode 1 & 2 Release Date, Cast, and what to expect from the show’s sophomore season.

Immersed with Native American culture, language, and cast, the show owes its originality to Taika Waititi —Thor: Love and Thunder’s director— and Sterlin Harjo, who took it upon themselves to bring us a very fun and sometimes compelling story with a diverse cast. Now, without further ado, let’s take a look at what season two holds in for us.

Reservation Dogs Season 2: What To Expect?

The first season begins with the Rez Dogs—Elora, Bear, Willie Jack, and Cheese—holding a memorial service for their buddy Daniel, who died a year previously. The gang does not give up on their hopes of traveling to California, even though the loss continues to be a part of their lives. But another organization known as the NDN Mafia is making their lives challenging. The Rez Dogs have no other choice but to learn how to fight as a result of the contact battles between the two groups. Elora learns more of her mother’s passing toward the end of the season, and a flashback scene reveals the details surrounding Daniel’s suicide. The Rez Dogs attempt to be vigilantes as a tornado strikes the town in the season’s climactic episode. 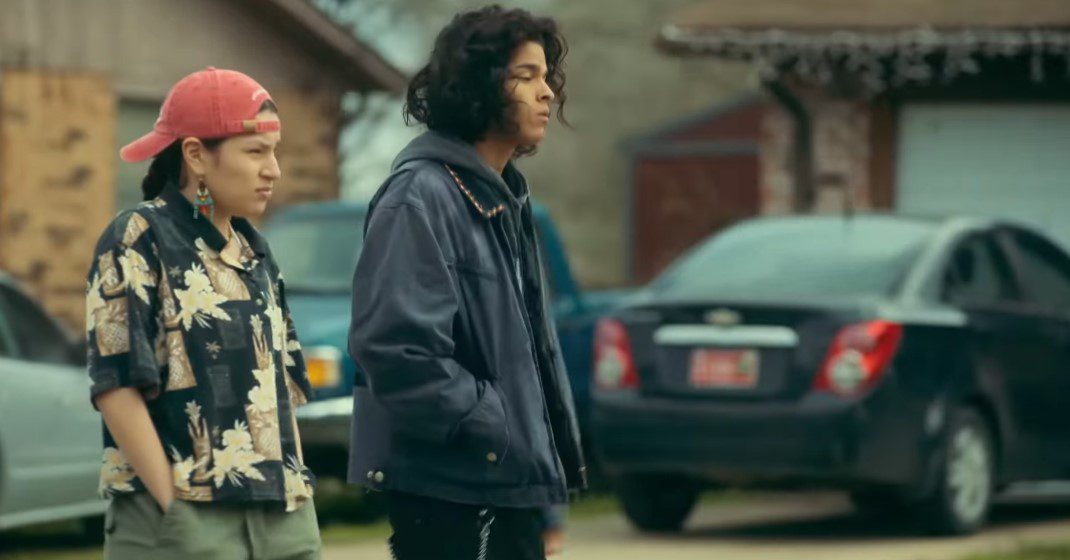 This Native American-centered show’s sophomore season is about to begin.

In the second book of the series, exciting developments in the lives of Bear, Elora, Willie Jack, and Cheese will be further explored. Since we first met the Rez Dogs in the season 1 premiere, they have come a long way as they come to terms with some difficult truths about their existence. However, they may have to deal with a lot more. There is never a boring moment with this gang of youngsters, that much is true. As a result, the Rez Dogs will have plenty more adventures!

Also Read: Will There Be We Became A Family Episode 9?

There is no doubt that the show’s key characters will return. In addition, a few returning actors are anticipated. Devery Jacobs will play Elora Danan Postoak on the show; she lost her mother when she was a little child and has devoted her entire life to the gang since that time. With each day that goes by, we expect to see her affection for the gang grow. The new season also won’t be complete without D’Pharaoh Woon-A-Tai as Bear Smallhill, a gang member who is overconfident and believes he is the leader despite the fact that no one else does. Bear has additionally stated that he frequently encounters his guardian spirit. One of the gang members who get along well with his mother is Bear.

In addition, Lane Factor, who is known for flowing with the flow, will portray Cheese. He has a natural ability to relate to grownups. We can’t forget about Willie Jack from season 2, a tomboy with very close ties to her parents. But she wasn’t the same after Daniel passed away.

Where To Watch Reservation Dogs?

Reservation Dogs is a Hulu Original production. To watch this show, you must have a Hulu subscription.

Reservation Dogs Season 2 Episode 1 & 2 releases on August 3, 2022, on Hulu. Episode one’s title is “The Curse” it was directed by Sterlin Harjo out of a script written by her, Dallas Goldtooth, and Ryan RedCorn. Episode two, titled “Run” was also directed and written by Sterlin Harjo, in collaboration with Ryan RedCorn and Dallas Goldtooth. From episode three onwards, Reservation Dogs will drop every Wednesday on Hulu. With this, we conclude our coverage of the sophomore season of Reservation Dogs here at Otakukart. Thanks for your attention; happy streaming, and until next time!