We Became A Family

Due to the exciting cast and entertaining concept, many viewers’ looking forward to having We Became A Family Episode 9! Surprisingly, the Korean variety show has stolen viewers’ hearts. It is an MBC and Discovery Channel Korea’s collaboration reality program where South Korean stars come together and form a family. The concept is new yet familiar since previously we had Roommate and We Got Married like variety programs.

During an online press conference, the production team talked about the show. We Became A Family, also known as My K-Star Family, is similar to MBC’s We Got Married, but it’s in the form of a family. Therefore, the cast of My K-Star Family comes from a range of Kpop idols from 1st generation to 4th generation! They starred various well-known faces such as BTOB’s Eun Kwang, AB6IX’s Lee Dae Hwi, Wonder Girls’ Yu Bin, and g.o.d’s Son Ho Young, Super Junior’s Ye Sung, and many more!

Due to the unique ‘on-screen family’ concept and well-known cast line, many viewers enjoyed the short variety program. Furthermore, the bonding between the members is the highlight of the show. So it’s not surprising that fans crave more and want Episode 9 of We Became A Family!

Also Read: How to Watch Produce 101 Season 2? Everything about the Korean Reality show!

What Is The Variety Show ‘We Became A Family’ About?

From the title, anyone can get an idea that the reality program features South Korean celebrities who become virtual family members. The concept is similar to the former Korean variety shows such as the famous MBC’s We Got Married or 2014’s Roommate. Therefore, In We Became A Family show, stars from different backgrounds, ages, and genders come together and form a family by becoming a couple or another way. Also, each family consists of four members. 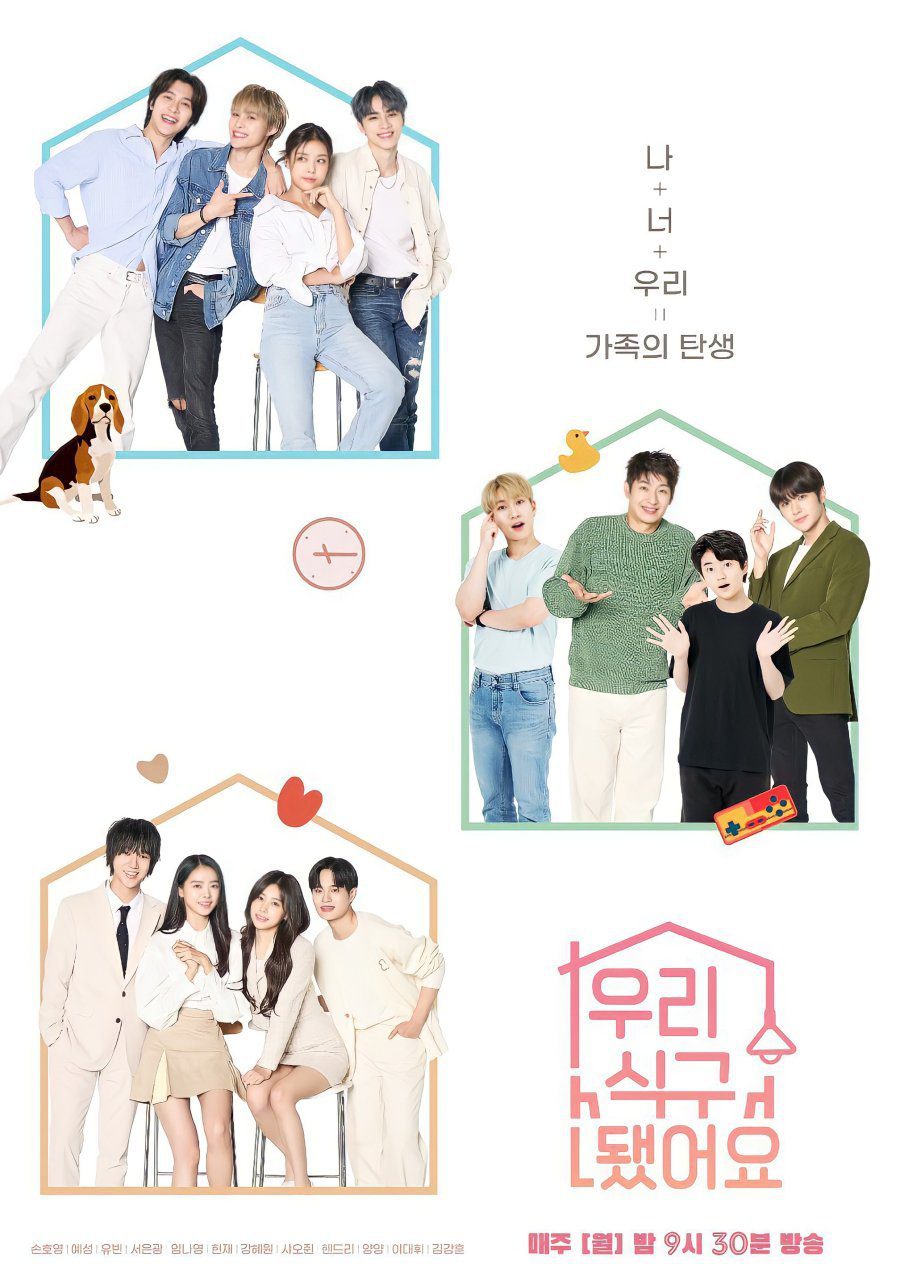 We Became A Family Poster

Also Read: How To Watch His Man Korean Dating Show?

Throughout the show, we meet three families, Kangchun Family, Jjakkung Family, and Waybin Family. And like we previously mentioned, each other family is formed of four members.

Sadly, We Became A Family Episode 9 will not be released. The family friendship Korean variety show is an 8-episode series. Episode 1 of We Became A Family premiered on 6 December 2021 and concluded on 24 January 2022 with 8 episodes. Although fans won’t get Episode 9, the chance of getting Season 2 is higher. The variety show was wrapped in January 2022. So fans may have to wait before getting any updates on the second season. However, nothing’s officially confirmed yet. So let’s cross our fingers and hope for We Became A Family Season 2!

Although we won’t be getting We Became A Family Episode 9, fans can watch the previous 8 episodes on Discovery+. However, on Discovery+, the show is known as My K-Star Family. Furthermore, short clips of episodes are available on the official YouTube channel of Discovery Channel Korea.