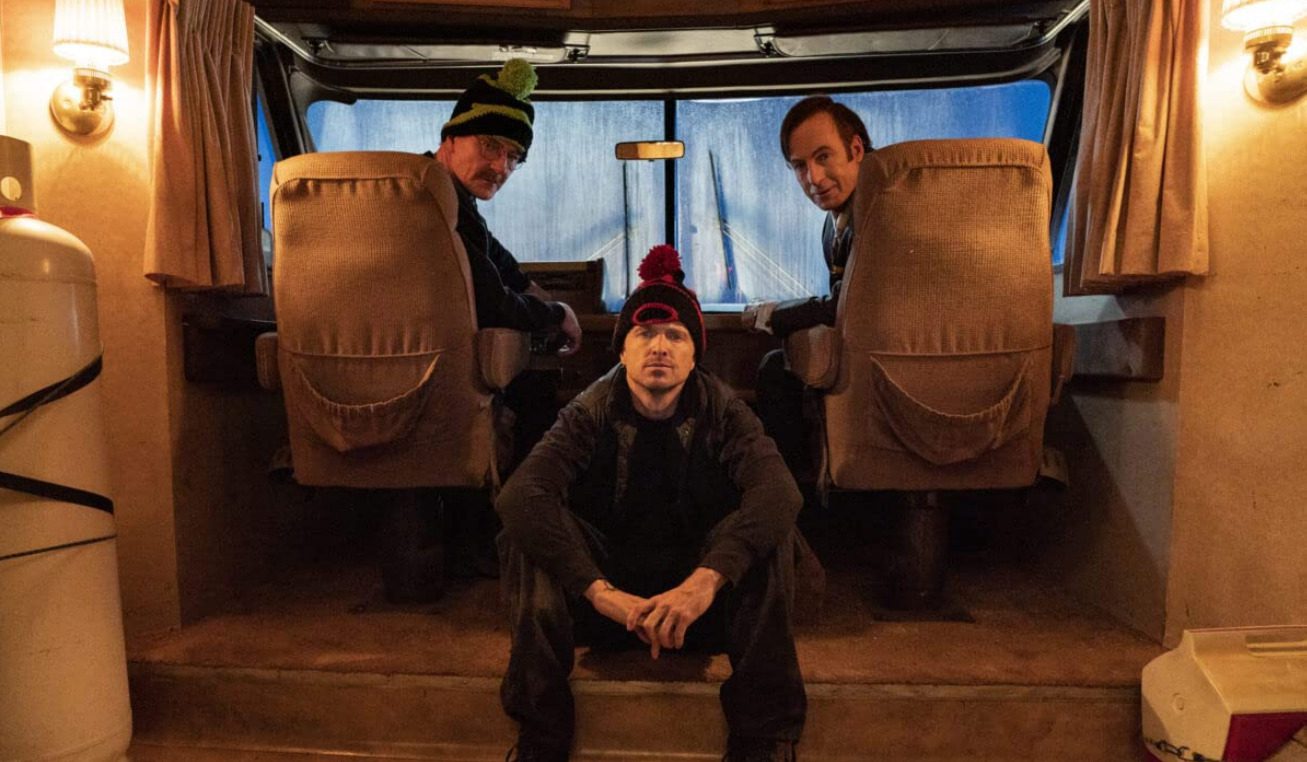 Long after the events of Breaking Bad, Better Call Saul keeps messing with the timeline while hinting at Saul Goodman’s conclusive ending. While the show has so far served as a prequel, the most recent episode took viewers to the future and revealed how Saul, now going by the name Gene Takavic, returns to a life of crime after hiding out for years as the manager of an Omaha, Cinnabon shop. The “Breaking Bad” episode from this week continues to track Gene’s criminal activities while also taking viewers to a period when Saul was the shadiest attorney that dirty money could buy.

When Breaking Bad’s “Better Call Saul” episode aired in 2009, Saul Goodman was first introduced to the world more than 13 years ago. And the “Breaking Bad” episode of this week’s Better Call Saul brought a number of things full circle. Many fans eagerly awaited and were overjoyed to see Jesse Pinkman and Walter White in this episode. The goal of Walt and Jesse’s comeback was more to draw attention to Gene Takovic’s readiness to revert to his former methods rather than simply tying up a few loose ends and giving us fans an epic reunion of sorts.

Episode 11 begins with Jimmy (as Saul) getting abducted and put before a dump in the Breaking Bad timeline. Saul says, “It wasn’t me,” in a panic. It was Ignacio, also referred to as Nacho. Then, we go back to Gene’s past. Francesca, who formerly worked for Saul, scolds her tenants for clogging a sinkhole. She lets the noisy renters handle things on their own. As she starts driving, she seems nervous and paranoid, suspecting that she is being followed. As she pulls into an empty gas station, the clock hits three. She waits by the payphone, hoping for anything to happen, and then one of the phones starts to ring, it is Saul. 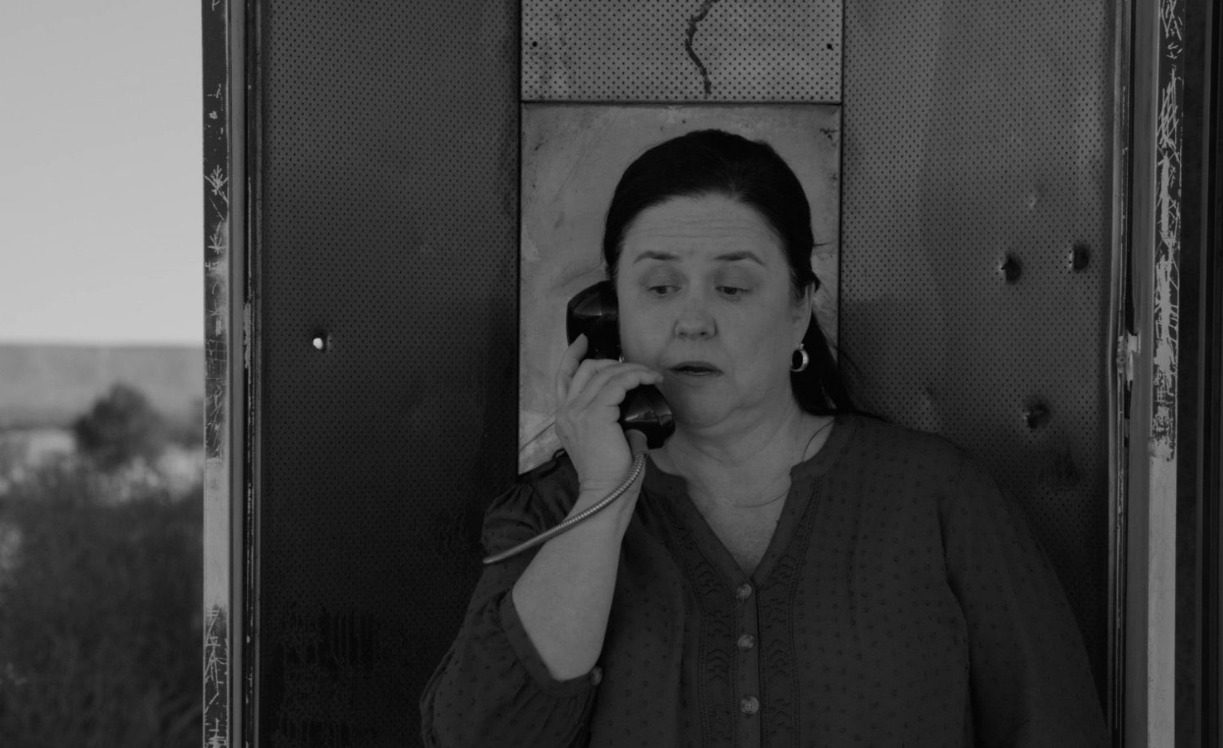 Saul instructs Francesca to retrieve some hidden money that is nearby. Saul asks for a brief update; she says that she is still being watched and mentions Skyler White, who got a deal, before adding that Jesse Pinkman is still wanted by the police. Saul is upset that everything has gone, including all of his fake businesses. More updates are requested by Saul, who then turns the subject to Kim. Francesca reveals that Kim asked about him, which seems to affect Saul’s emotions. The call suddenly abruptly comes to an end. The camera pans out as Saul attempts to call Kim at her place of work, shouting down the phone in frustration.

Then Saul goes back to Cinnabon and resumes his new life as Gene. A man who was once a rising attorney now leads a dreary, unfulfilling life working with famous criminals. Saul then makes his way back to Marion’s home. Saul goes and speaks to Jeff. He urges him to buy some barbituates. They are again back in business. Saul almost seems unable to control himself. He craves the criminal life he once had.

In the following scene from Episode 11, Saul is seen singing along at a pub with a man named Al, who is laughing at him because they had a bet over it. Al is eager to place another bet with them. While drinking wine from his glass through a tube tucked inside his sleeve, Saul keeps losing the bets on purpose. He is not drunk. 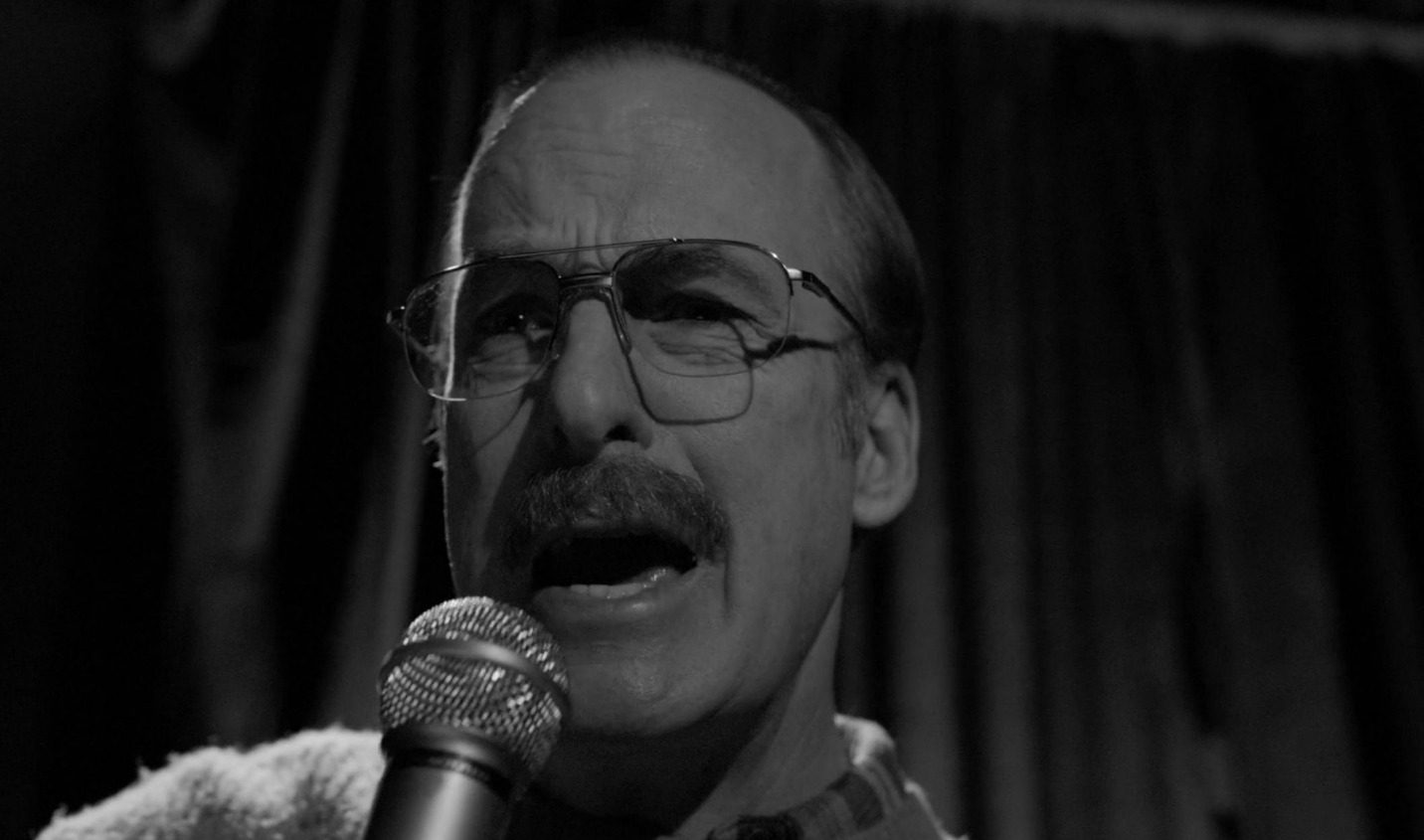 Al wants to place one more bet as they leave the pub over who will call the next taxi. Because Saul “loses,” the friend gets the cab. The taxi driver is Jeff, who offers the extremely drunk man water and drops him off at his house. As a member of Saul’s team, another friend (Buddy) enters Al’s home and discovers Al unconscious on the couch. Buddy steals Al’s wallet and snaps pictures of all the cards and IDs inside. He then rips a check out of Al’s checkbook and takes pictures of tax returns, invoices, and bank statements from Al’s office.

Returning to the Gene timeline, Saul keeps going to bars, making friends with wealthier people, and hiring his team to break into their homes and take pictures of wealth and identification. In order to cause sleepiness by affecting their neurological system, the water provided to them in the cab is spiked with barbituates. They make money by selling the personal information of these wealthy men; it’s a get-rich-quick scheme or fraud. In his terrible new life, Saul appears to be loving the money and picking up strippers along the way. But he still has to work at Cinnabon.

As episode 11 comes to an end, Saul runs into another wealthy man in a bar. Although Saul is slightly surprised when the man discloses he has cancer, he nevertheless guides the man to the cab as part of the plan. The man appears reasonable and morally balanced.

We then go back to the events of the first season of Breaking Bad, where Saul is trying to get a job with Jesse Pinkman and Walter Whiteman, their RV, which also serves as their meth lab. Saul is impressed by their simple setup for producing the trendy blue meth; however, Walter wants to get down to business. Jesse asks Saul who Lalo is because he uttered that name while he was scared out of his mind as they wait for the gasoline pump to cool down so the RV engine can start. Saul then goes back to his office. 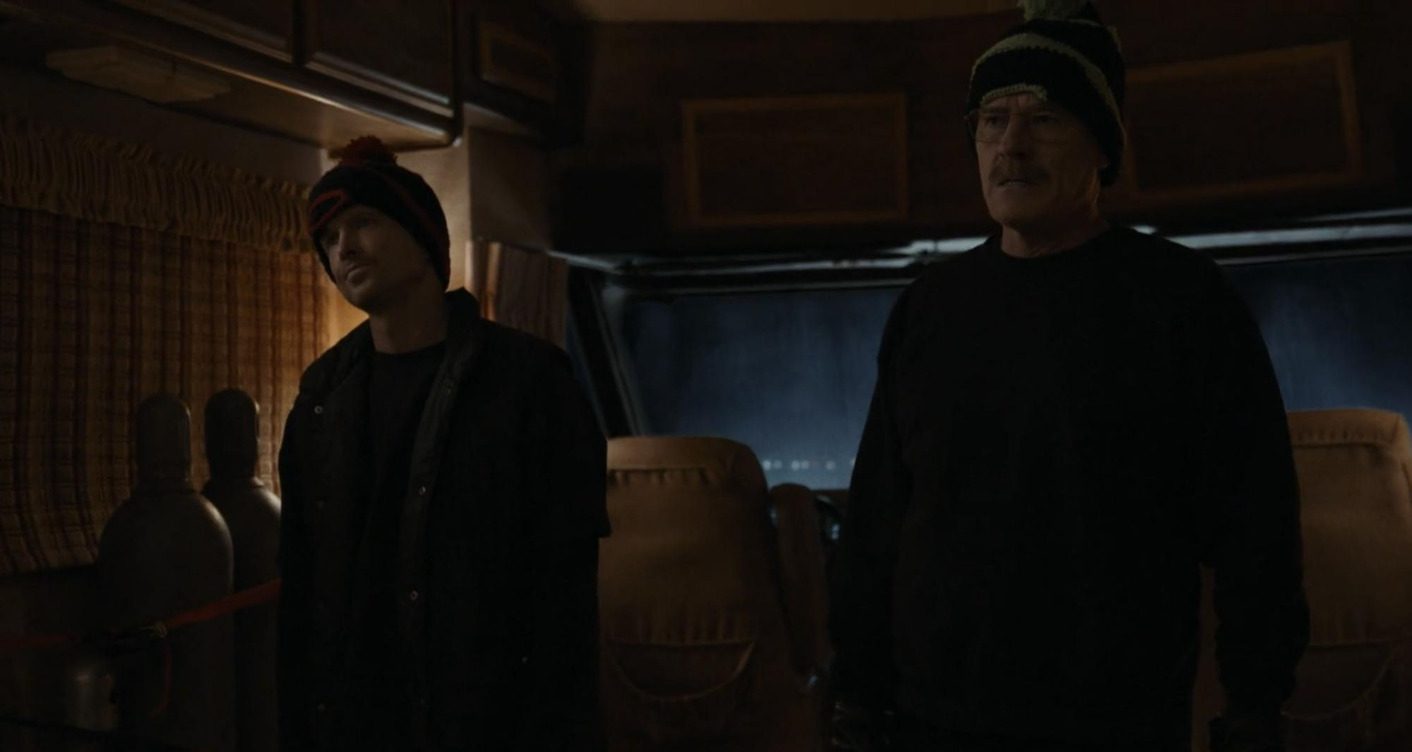 Saul is happy and relieved as a lawyer till Mike comes to see him. Saul’s casual attitude bothers Mike, who requests that he take the discussion seriously. He studies every client of Saul’s, including Walter White. He says, “Walter has lung cancer”. Mike cautions Saul to avoid him since he is “an amateur.”. Saul senses something about Walter, but Mike brushes it off, showing how much the chemistry teacher was underestimated. Saul, though, can’t help but think about him for some reason.

Back in the Gene timeline, Saul gets a call and is concerned. Something is not right. When he meets his men, they decided not to scam the wealthy cancer patient. Buddy finds it uncomfortable. Buddy is fired by Saul for refusing to support the plan. Then we see Marion curiously looking at the garage outside (could she be Saul’s ultimate downfall?) Back at the rich man’s home, Saul tells Jeff that they must carry out the plan. 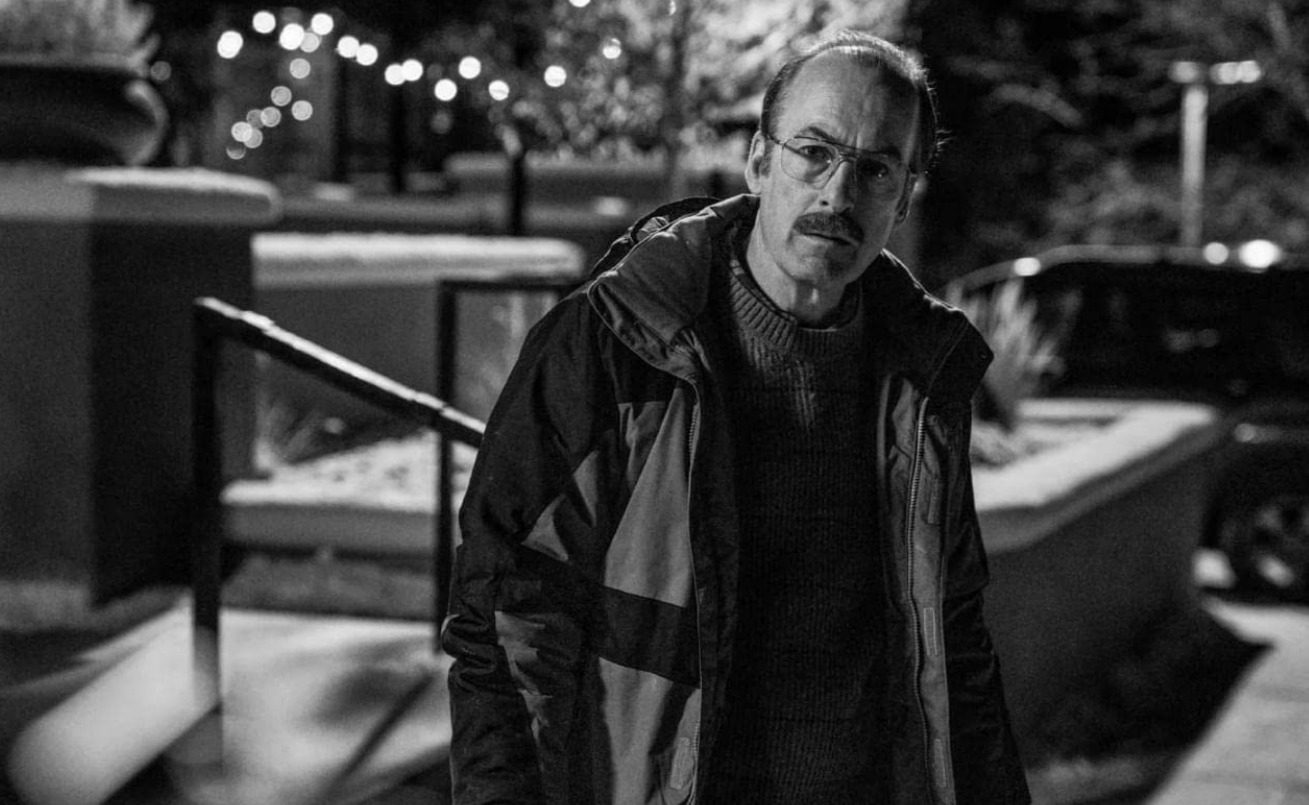 Jeff is worried about going back because he thinks the man might be awake by this point, but Saul reassures him that everything will be alright. Saul volunteers to enter and complete the task. As the episode comes to a close, it switches back to the Breaking Bad chronology as the chapter begins to reflect Saul in both the past and the present. Saul pays a visit to the school where Walter works. A science fair is taking place. Saul then enters the rich man’s home in Episode 11 after flashing back to the Gene timeline. Saul is unable to control himself because of his insatiable curiosity and drive.

Also Read: Colossal Ending Explained: What Do the Monsters Represent?

Gene enters the residence because he has, at last, realized that he is a con artist. Buddy points out that their target has cancer, but Gene quickly responds by saying that people with cancer aren’t always wonderful people. Instead of stopping his plan after finding that his target is taking cancer meds, Gene instead recalls the last cancer patient he took sympathy for and blindly trusted, Walter White. In fact, this only increased Gene’s resolve to focus on what he does best, ignore any obstacles in his path, and complete the scam as planned. 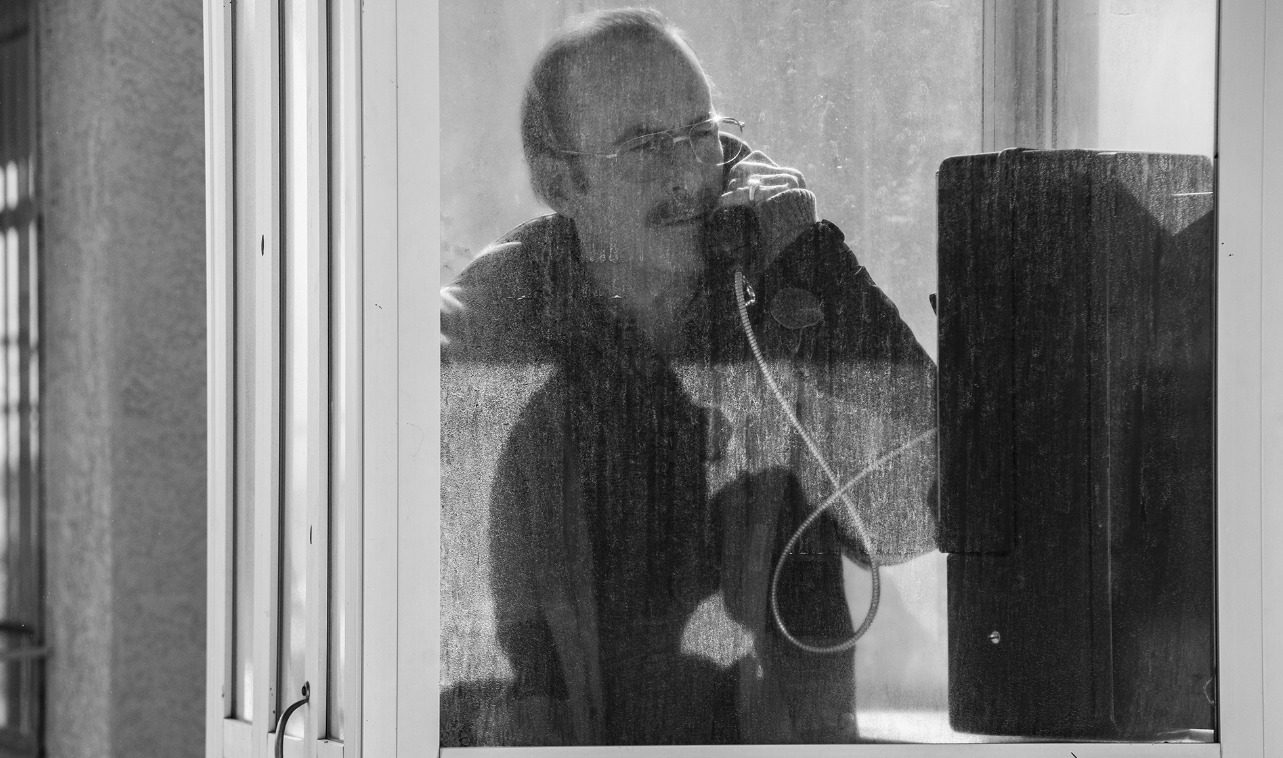 Better Call Saul season 6, episode 11, not only welcomes the spinoff into the events of the original series, but it also offers the first solid indications of Gene’s grim future. Up until this episode,  Better Call Saul did a good job of keeping Gene’s future in the season six finale a secret. Even when Saul was Walter White’s lawyer in Breaking Bad, there have always been hints that Saul can still somehow revert to his former self, despite Jimmy’s continued fall into his Saul Goodman identity.

However, since Gene is completely back in the game and appears to be willing to compromise his morals in exchange for money, Gene and Saul’s doomsday fate appears to be all but decided. Jimmy McGill appears to be dead as Gene also appears to have no chance of reconnecting with Kim Wexler or even just getting in touch with her. Even the Better Call Saul Cinnabon ruse, Gene’s subordinates’ manipulation techniques, and Gene’s general appearance are obvious references to Walter White, suggesting that Gene would eventually meet the same fate.

The ending of Better Call Saul season 6, episode 11, would serve as an example of how much foreshadowing is being used in the show, which may be confusing fans. It’s equally possible that Gene’s fate will change in the series finale, given its plot twists. Even if the general story of Better Call Saul hints at Gene’s grim conclusion, the writers may really need this to pull off a totally unexpected finale.

Also Read: Khuda Aur Mohabbat Season 4: Is There A Confirmed Date For Its Release?