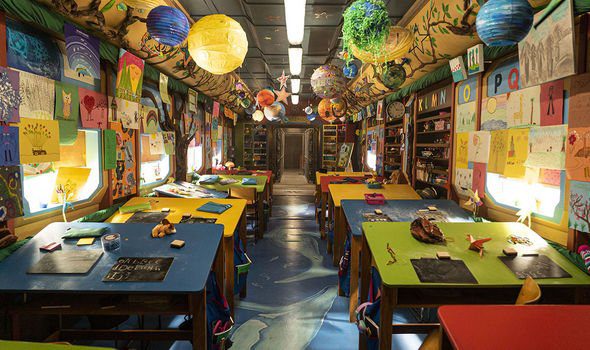 Here is all the Snowpiercer Filming locations revealed. You must have across the very famous series Snowpiercer which is helmed by the Bong Joon Ho directed the 2013 movie of the same name. Both the works are adapted from the French graphic novel Le Transperceneige. The work is a harrowing example of Dystopian cinema at its finest. The series is well in its third season, and we know that all of you must be wondering where is this beautiful series shot. We mean beautiful in the visuals; the series is far from beautiful. We mean, what beauty would you expect from a dystopian series?

The show is based on the french novel, which talks about a futuristic world where the planet has turned into a snow-covered mass. The remaining humanity, which is harrowing by the minute, is all aboard a train called the Snowpiercer. The train and all its inhabitants are the only remaining humanity left. The train is compartmentalized among people from the upper and lower strata of society. The series follows these people as they try to survive before the other one. Because spoiler alert! The resources are pretty scarce. Let’s all aboard the Snowpeircer (not literally) and look at the filming locations.

Without further ado, let’s get into all the details about the Snowpeircer filming locations.

The whole train set up is built on a 250,000 square feet area, which roughly combines three studios built. The location of Langely is said to have provided the production house with various tax benefits and was very cost-cutting for the crew. You would also recognize shows like Chilling Adventures of Sabrina and ‘Another Life’, which were also shot here. With the onset of the Covid-19 pandemic, the production of the show has to be halted. The shooting for the second season commenced in Vancouver, British Columbia. British Columbia acted as a much-needed relief for all the shows that were halted due to the pandemic. Snowpeircer filming locations were not very much in number, but they were sure spread on a vast area of land.

The set designers worked very hard to create the tensions and the vibrations in many scenes where the train was supposed to be jerking. The crew also used extensive CGI for all the bloodshed and the vast aquarium that the train boasts. While we have still not seen the passengers of the train walking out of the train, it might be true for the coming seasons. Locations like Iceland and Greenland are at the top of the list for the makers when this does happen someday. That was it on Snowpeircer filming locations from our side. Stay tuned for more such fun content in the entertainment sector!